The Fullbright Company, developers of indie hit Gone Home, tell us the story of the mysterious space station Tacoma in their new narrative experience. Told through recorded holograms of the crews' movement and conversations, we unravel a gripping narrative. Does Tacoma reach the same heights as Gone Home, or surpass it? Let's see if the stars hold a worthwhile experience.
Theseus is a third person action game designed for PSVR. Based on the Greek myth of the Minotaur and the Labyrinth, the game looks to take a bold approach on a familiar story. Let's see if Theseus is able to reach its goals.
Reigns is all about ruling a medieval kingdom and appeasing your people with decisions. For someone who doesn't care for strategy games all too much, I've found myself having a great time swiping left and right. You should check it out too.
In this episode of GameThinkTalk, Mat and Matt talk about their top seven favorite games for the original Xbox. Psychonauts, Beyond Good & Evil, and more! Does your favorite make the list?
In Serial Cleaner, you never shoot a gun. This won't prevent you from encountering dozens of bodies and bloody evidence, all needing to be disposed of. In Serial Cleaner, you clean up the world's crimes by using stealth and a vacuum cleaner.
SUPERHOT VR has been ported over to the PSVR, and while originally developed for room scale, it works out pretty nicely. Is SUPERHOT VR fun enough to warrant a purchase?
As the curtain closes on another successful Games Done Quick event, the total amount of donations exceeded 1.7 million dollars. When gamers get behind a cause, we can do great things. 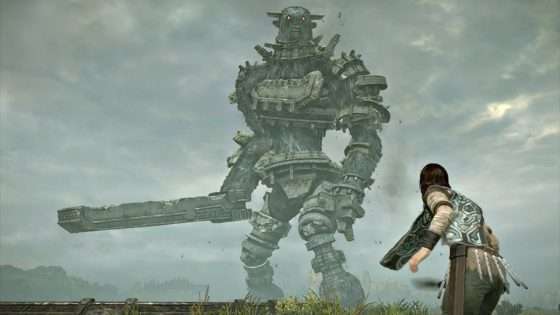 View Post
Shadow of the Colossus is a fantastic game featuring 16 huge bosses, all with different strategies and approaches. Speed runner Plush just did a full speed run of the game, so I thought it'd be fun to explain each strategy for all 16 of the colossi. Let's dive right in.
Shadow Complex is one of my favorite games to release on Xbox Live Arcade. It's one of the best modern Metroidvania games, and an excellent game to speed run. Here's my thoughts on the tricks used in this years run at SGDQ.
ClusterTruck is a crazy game where you jump across moving trucks in a variety of crazy obstacle courses. It's a tough game to speed run, one made even tougher when the devs and viewers are working against you.