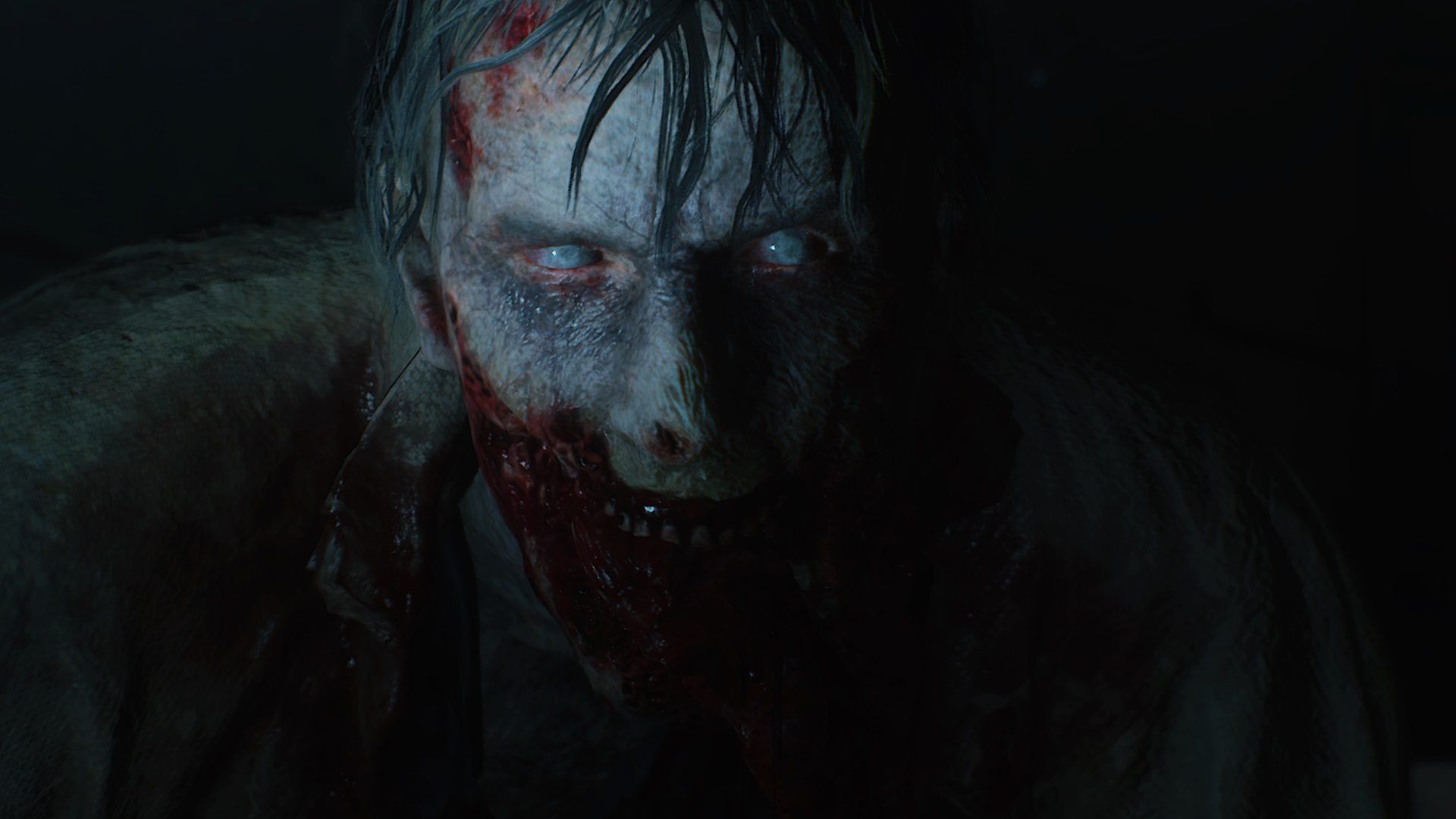 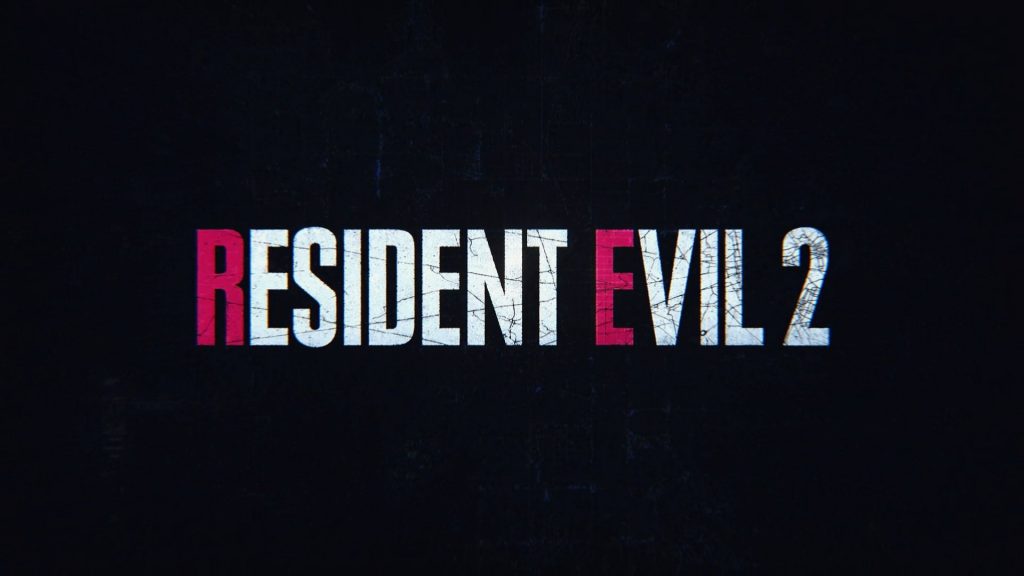 Take Me Down to Raccoon City

Resident Evil 2 faithfully retells the story of the original game, now with improved voice acting and cinematics. Players can choose to play as either Leon Kennedy or Claire Redfield. Both characters arrive in Racoon City one fateful night, as the town is overrun by a zombie outbreak. Leon, a fresh cop on the Racoon City police force, tries to uncover the mystery behind the outbreak. Meanwhile, Claire searches through the dangerous streets for her brother.

Like most Resident Evil narratives, the concept and characters are pretty basic. Leon and Claire are both likable leads. Although their motivations are often one-dimensional, they are empathetic and interesting at the same time. Depending on who you play as (and whether or not you’ve finished the game with the other character), the story splits occasionally. That said, both character’s stories deliver a similar overarching narrative, but with a few character-specific differences. Both characters have unique weaponry and can access a few locations that the other cannot. This make repeated playthroughs almost necessary to get the full story; luckily the game is well worth multiple completions.

When it comes to the Resident Evil brand of survival horror, the emphasis is on the survival. Regardless of what difficulty you select, you’ll most likely have limited resources. As you work through the maze-like level design, scouring for keys and other important items, you’ll undoubtedly encounter the undead. You’ll rarely right more than one or two at a time, as zombie encounters are meant to be stress-inducing and tactical. Due to lack of ammo and insufficient firepower, your best option is usually to evade enemies as much as possible. Sure, you’ll finally grab a shotgun and a magnum at some point, but most of your time is spent wildly under-equipped and ammo is scarce. 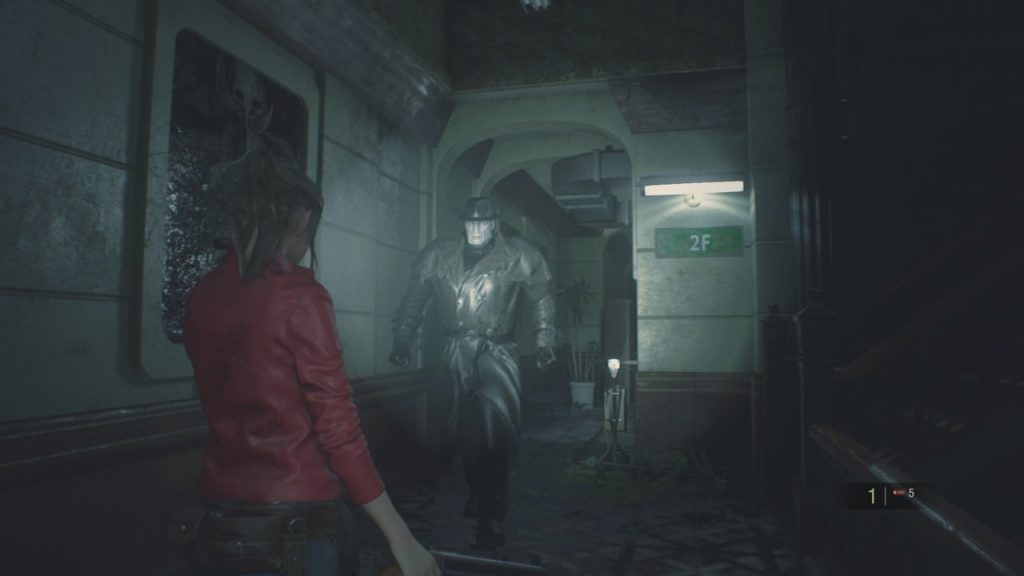 To aid in your fight against the undead, you can use a selection of offensive and defensive weapons. Both Leon and Claire share some weapons across both scenarios, but others stay unique. You mostly hold back zombies with a basic pistol, rarely expending precious ammo for better guns. Those are best held for change encounters with the bulking Tyrant, an unstoppable foe who pops up when least optimal. Likewise, Resident Evil 2 has a fair share of tough and intimidating enemies, who are far more deserving of your firepower. Since health replenishing herbs are just as limited as weaponry, you’ll always want to err on the side of caution.

Resident Evil 2 stands as one of the horror genre’s best games, but the original version wasn’t exceptionally pretty on the eyes. Blocky visuals and odd controls made for an occasionally frustrating experience, and fixed camera angles were your only source of vision. This remake of Resident Evil 2 ramps up the visuals, putting them on par with the likes of Resident Evil 7. Zombies are disturbingly realistic, and have a distinct weight to them. The blood and gore is visceral, and the creepy atmosphere earns an appropriate boost. From enemy and environment design to cutscenes and menuing, Resident Evil 2 is an upgrade over the original in almost every way. 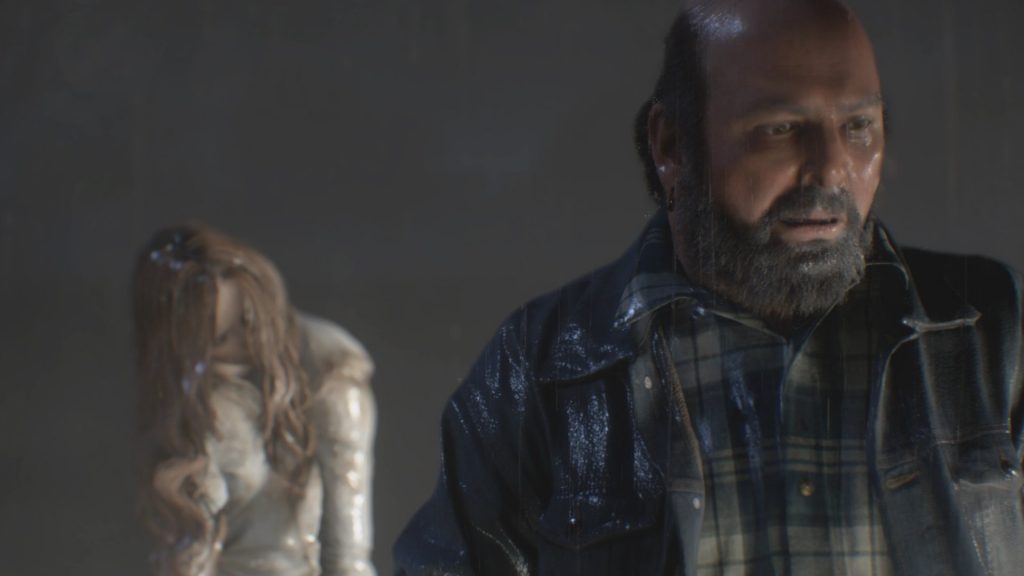 The same can be said for the gameplay, which resembles more modern Resident Evil titles like Resident Evil 4 and 5. The experience in Resident Evil 2 is far more survival and puzzle driven, whereas later titles were more action-orientated. Thankfully, Resident Evil 2 preserves that original experience while managing to update controls and camera placement. Instead of fixed camera angles, you now get a clear over-the-shoulder view of your surroundings. This makes it easier to place important headshots and identify threats. Controls feels snappy and quick, instead of the stilted movement in the original. As a remake, Resident Evil 2 gives audiences the nostalgic trip they were hoping for, while modernizing the experience for newcomers as well. The result is an excellent product that satisfies all fans and doesn’t disappoint franchise veterans.

What Goes Bump in the Night

The sound design is also top notch, and it’s something that pushes both the atmosphere and tone of the game. As you explore the many halls of the police station and other various locales, you feel the weight of the world around you. You can hear lights popping in the distance, the echoes of bangs on nearby doors, and the moans and groans of the undead that stalk in every shadow. Music is used sparingly, as ambient noises and effective silence do more than enough to set the mood. Sound plays a huge part in the quality of horror too, and Resident Evil 2 nails the audible spectrum of scares. There’s plenty of jump scares and startling moments, but it’s the quiet and creepier stuff that sticks with you.

Voice acting is serviceable for the most part, but I found Leon and Claire’s dynamic dialogue quite charming and funny. During random times of stress, Leon and Claire will often utter a curse or exploitive under his breath. It’s a small tough that grounds the character and makes them relatable. For example, after missing a few headshots, both myself and Leon muttered “son of a bitch” at the same time. It got repetitive eventually, but remained surprisingly entertaining for the vast majority of my first playthrough.

Although the Resident Evil 2 campaign will only take you about 5 – 6 hours to complete, the game is highly replayable. This is mostly due to the game’s “Route” system, which ensures repeat playthroughs always offer new content. Once you’ve completed the game with either Leon or Claire, you unlock “Second Run”. This mode changes puzzles, shortens cutscenes, and gives you the other player’s story. Additionally, Claire and Leon both have a unique second act. Most of the locations you’ll visit during the Second Run are identitical in layout, but feel different due to the changes. 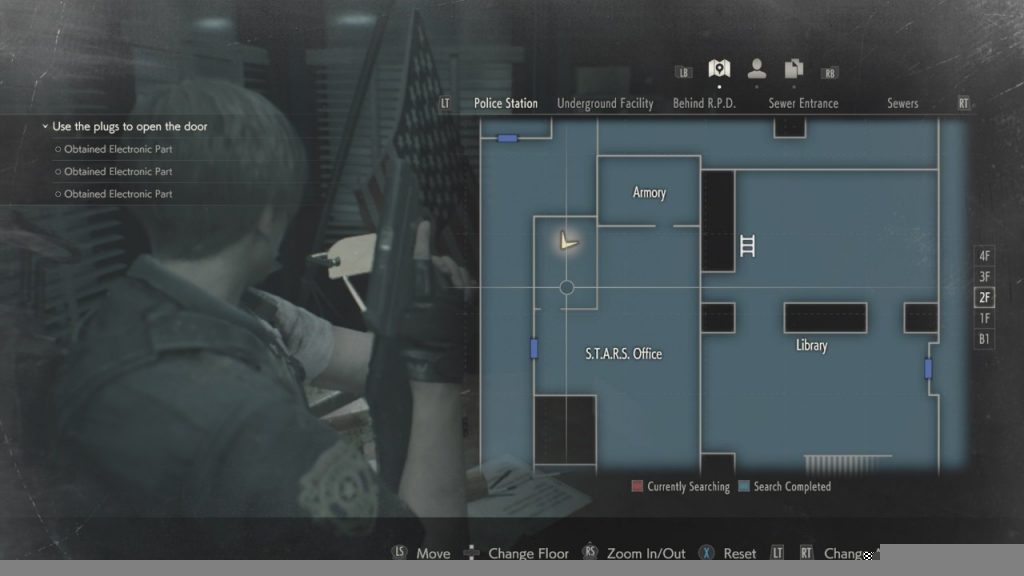 Subsequent playthroughs on harder difficulty levels eventually unlock even more new modes, offering some fun and quirky ways to experience the game. I won’t spoil them here, but those who stick with Resident Evil 2 will greatly appreciate the variety that these alternate game modes bring. There a slew of unlockables to earn, such as concept art, new costumes, and viewable character models. These are earned by completing challenges, such as finishing the game with no healing items or without saving. Despite how challenging this can be, the rewards are often incredibly worthwhile, and can completely change how you play the game.

The Bottom Line on Resident Evil 2

This remake of Resident Evil 2 is a fan’s wet dream. It keeps all the terrifying atmosphere and gory content of the original game, but brings the gameplay, visuals, and audio into the modern age. It has a number of great unlockable modes and collectibles, ensuring replayability for well over 30 hours. The pair of protagonists might be underwhelming in terms if storytelling, but their differences in gameplay make them both worthwhile. Claire is quicker and has a wider range of weapons, whereas Leon contains more firepower. Ultimately, Claire’s story is more interesting, but both do a decent job serving as a foundation for truly grotesque horror. 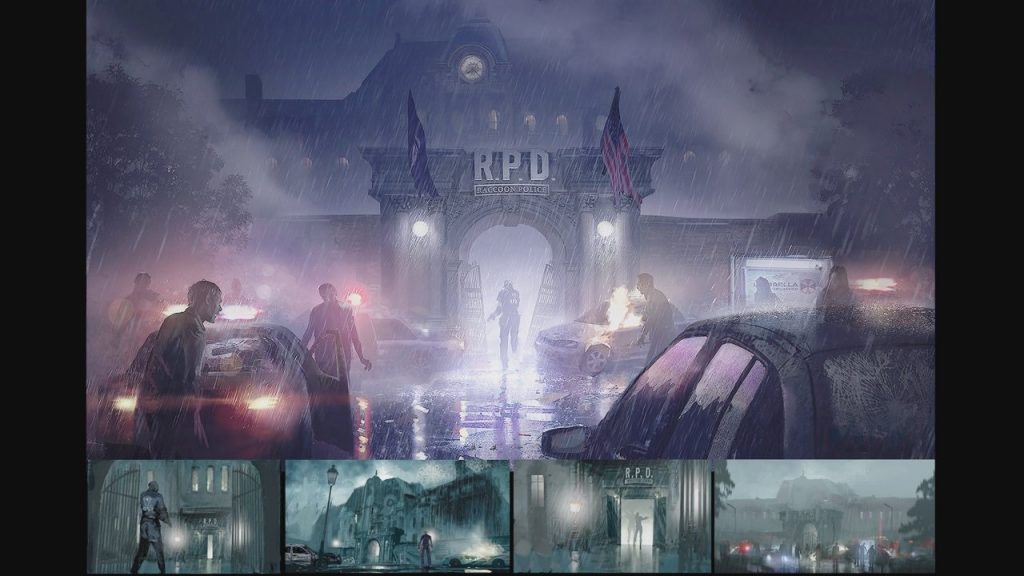 Regardless of how you approach it, Resident Evil 2 is packed with scares, great visuals, satisfying combat, and an extremely intense sense of danger. It’s a great game for every kind of horror fan, and stands up as a great game on it’s own merits. Simply put, this is one of the best Resident Evil games ever made, challenging even the most prestigious of the Resident Evil franchise.