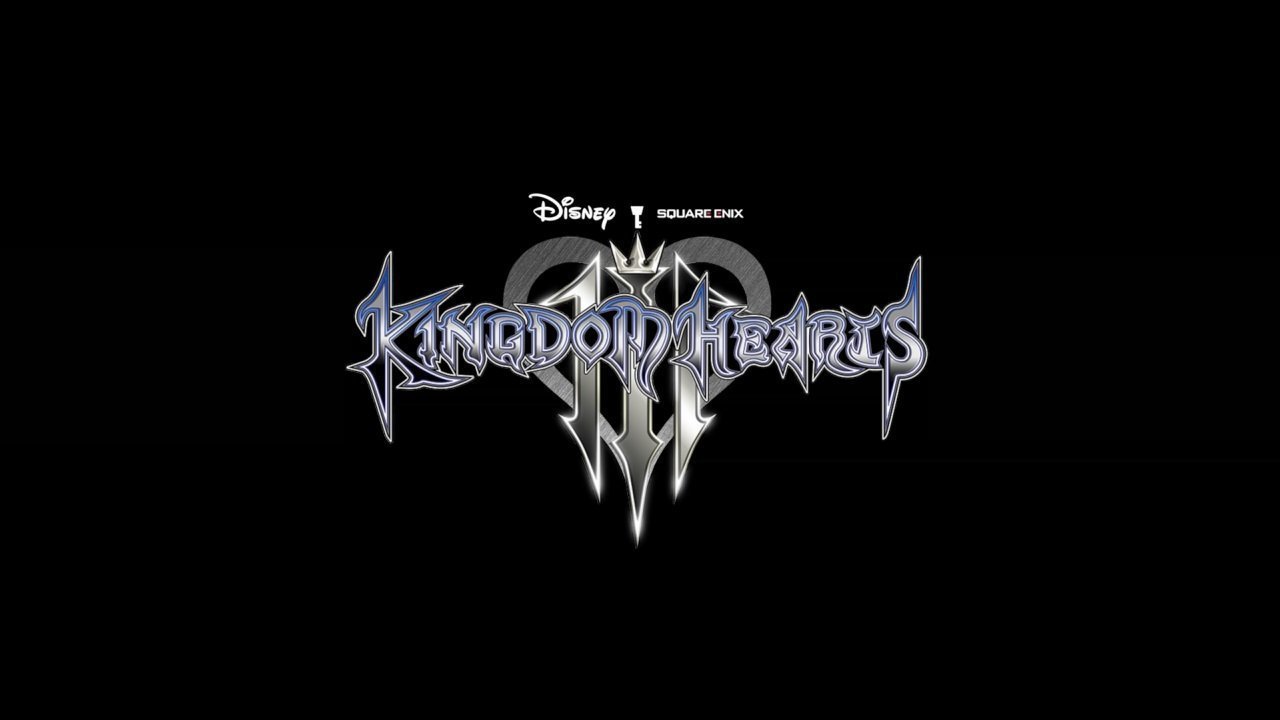 Coming into Kingdom Hearts 3, you’re either a seasoned fan or a general newcomer. What started on the PlayStation 2 as a simple crossover between Final Fantasy and Disney characters has spiraled into a game franchise spanning over a decade. The entire series has led up to this point, and fans have been eagerly waiting for 13 years to sink their teeth into Kingdom Hearts 3. Does this conclusive game provide enough closure for superfans while still appealing to the Disney-loving mainstream? Let’s take a trip through the world of Kingdom Hearts 3 and find out. 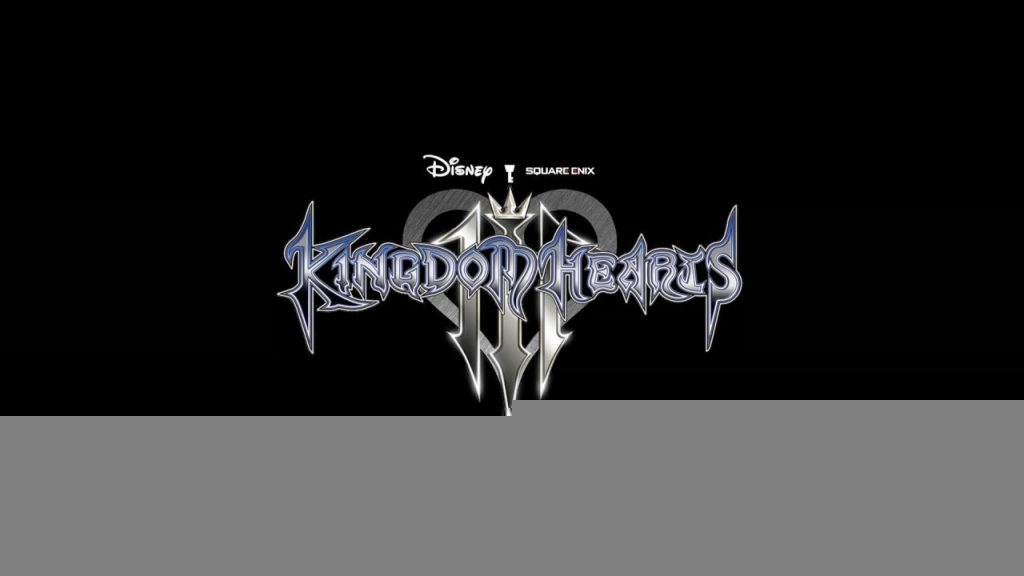 Nobodies and the Heartless

From the moment you start the game, you’ll realize that this is a sequel that requires you to have played the past games. Kingdom Hearts 3 continues the story of Sora, a young boy with a destiny intertwined with the forces of good. Alongside pals Donald Duck and Goofy, Sora travels through a slew of Disney-themed worlds. Often battling creatures known as the Heartless, Sora wields a powerful weapon known as the Keyblade. It’s often melodramatic, but remains a decently straightforward tale. However, there’s a deeper narrative beneath the surface. Beyond the lighthearted antics featuring the likes of Mickey Mouse and Hercules, there’s a complex tale of good versus evil. The entire plot of Kingdom Hearts is notoriously convoluted, and that stays true through Kingdom Hearts 3. Scenes are littered with heavy-handed metaphors, fantasy genre tropes, and confusing sideplots. However, the surface-level Disney antics are enjoyable enough as is. 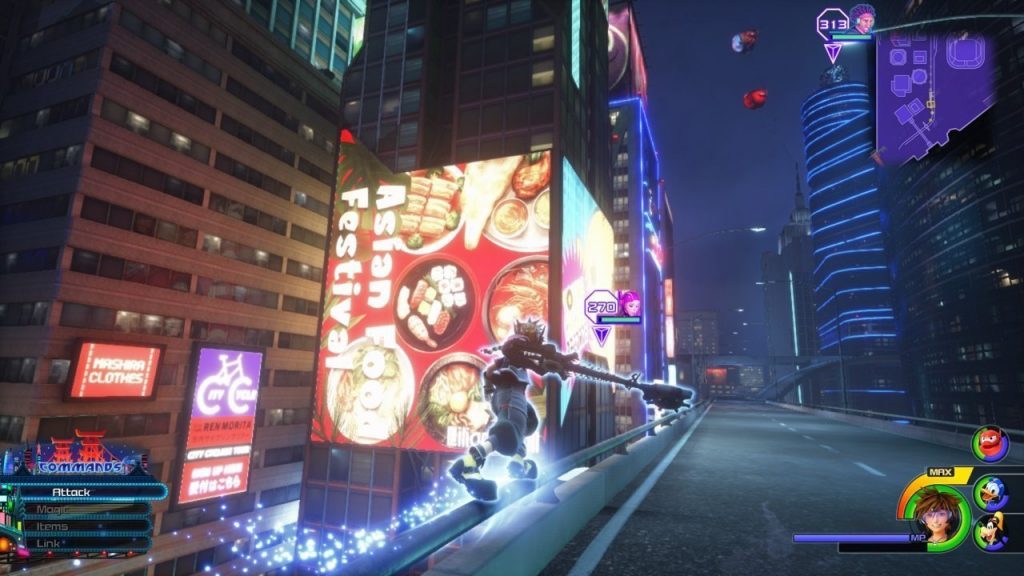 Fans will undoubtedly enjoy the ever evolving main narrative, and more casual fans will most likely fine the Disney content worthwhile. However, Kingdom Hearts 3 stumbles significantly in the pacing department. The game is very cutscene intensive; often times you’ll be watching more than playing. Next to the Yakuza series, the Kingdom Hearts franchise is notorious for unnecessarily long cutscenes. The voice work is hit or miss, which weakens the already wonky dialogue. There’s a big disconnect between gameplay and story too, as combat is fast and fluid whereas the cutscenes are excessive and average.

The Art of the Keyblade

Kingdom Hearts 3 has a distinct game design. It’s one that feels modern in style but founded in classic PlayStation 2 structure. The path through is mostly linear, as players explore stages with enemy encounters and collectibles. Cutscenes mark your progress, and the main focus is always pushing the story forward. There’s the occasional distraction or side activity, but Kingdom Hearts 3 is a linear game for the most part. The depth comes through in the RPG mechanics that determine Sora’s abilities and the flow of combat. 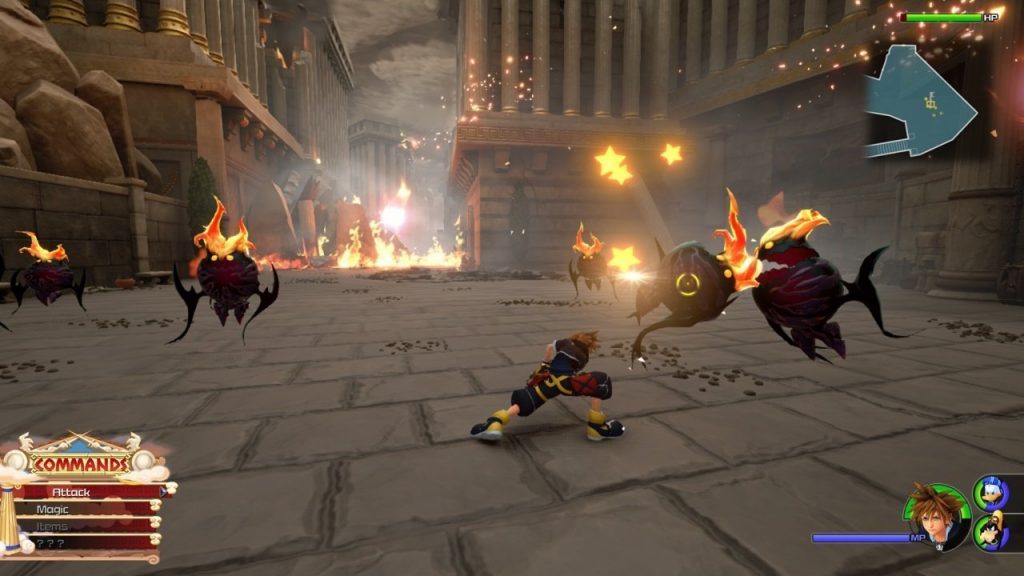 As you defeat enemies and clear areas, you’ll earn experience points and learn new moves. You can equip new abilities at any time, as long as you have the available ability points to do so. Ability points are earned through leveling or acquired via new gear. While some abilities are actively used, most extend Sora’s hit combo or make him more agile in some way. Sora can also use magic, thanks the keyblades’ mysterious properties. This lets you throw in various elemental abilities between your physical strikes, creating a flurry of offensive attacks. The mixture of magic and physical offense is a great foundation for the more contextual forms of combat, like special moves and character summons. Generally speaking, battles always feel exciting and fun in Kingdom Hearts 3. Controls are easy to understand, and the in-game HUD does a great job reminding players of what moves they can perform.

As a small side note, I have to acknowledge the strength of the game’s boss fights. Each world usually ends with a huge battle against a gigantic foe, and they are always super fun set piece moments. Not only are the bosses massive in size, but their actual designs are inspired and memorable. Like many Kingdom Hearts fights, strategy usually boils down to smashing your attack button slot. However, a few fights contain some varied gameplay, such as air combat and the like. While they’re not as intimidating or complex as a boss from something like Dark Souls, the boss fights in Kingdom Hearts 3 are consistently impressive and fun.

In between the linear stages, players can explore a large cosmic space in their Gummi ship. A returning feature from previous titles, the Gummi ship segments are surprisingly fun. For the first time, the Gummi ship portion of the game is free roam, with on-rails battles peppered around the area. Before, Gummi ship levels were minute or two affairs; quick distractions in between the main worlds. Now, navigating asteroid belts and fighting giant enemy ships feels like a fully realized game feature.

There are a number of customization options, allowing players to create their own ship blueprint. Parts for custom blueprints can be crafted and found during gameplay, and there are plenty to uncover. Players looking for the most direct option will enjoy the standard blueprints, which give you access to a slew of formidable ships. For those looking to sink time into it, the Gummi ship areas are packed with fun arcade-like action. Generally speaking, everything about the free roam space navigation feels fun and entertaining, and it’s a step up from previous Kingdom Hearts games.

The Wonderful World of Disney

If you came to Kingdom Hearts 3 for Disney, then you’ll be pretty satisfied with what you’ll see. Disregarding the overarching plot, each unique Disney world that Sora visits had a story of its own. You’ll meet and team up with your favorite characters from a bunch of Disney flicks, including: Frozen, Tangled, Toy Story, and others that I won’t spoil. Some worlds take the characters and use them in interesting ways, creating original stories within the Kingdom Hearts universe. Other worlds are more straightforward in their storytelling, offering a quick recreation of a specific movie’s events. Regardless, it’s tons of fun to spend a few hours in each world, seeing your favorite Disney characters and watching recreations of iconic scenes from the films. 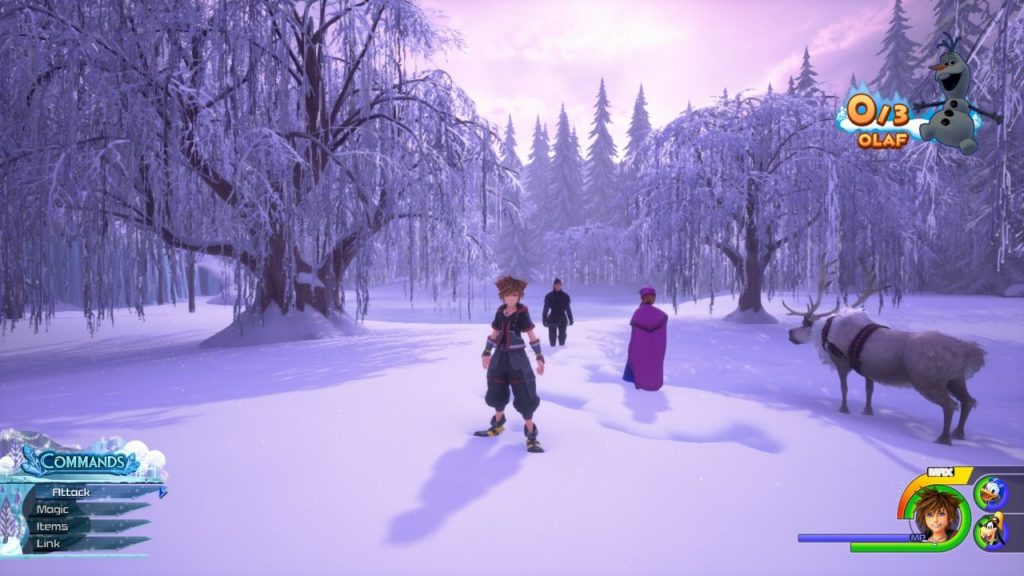 Besides battling alongside Donald and Goofy, players can also summon other Disney characters into battle using the Link system. Throughout the game, you’ll find new trinkets, allowing you to call on other memorable Disney pals to help you out. It feels great jumping around an arena on a giant Simba, decimating foes with fire attacks. There’s a noticeable amount of Disney charm in the game, and it eeks out of every seam.

Like other Square Enix games, the visuals in Kingdom Hearts 3 are remarkable. Although the overall quality shifts between gameplay and cutscenes, Kingdom Hearts 3 is always clean and aesthetically pleasing. Combat is colorful as can be, as every special move is celebrated with displays of sparkles and explosions. Certain moves called Attractions function like offensive theme park rides, and are styled appropriately. From swinging pirate ships to spinning tea cups, these special moves are always a colorful explosion on screen. 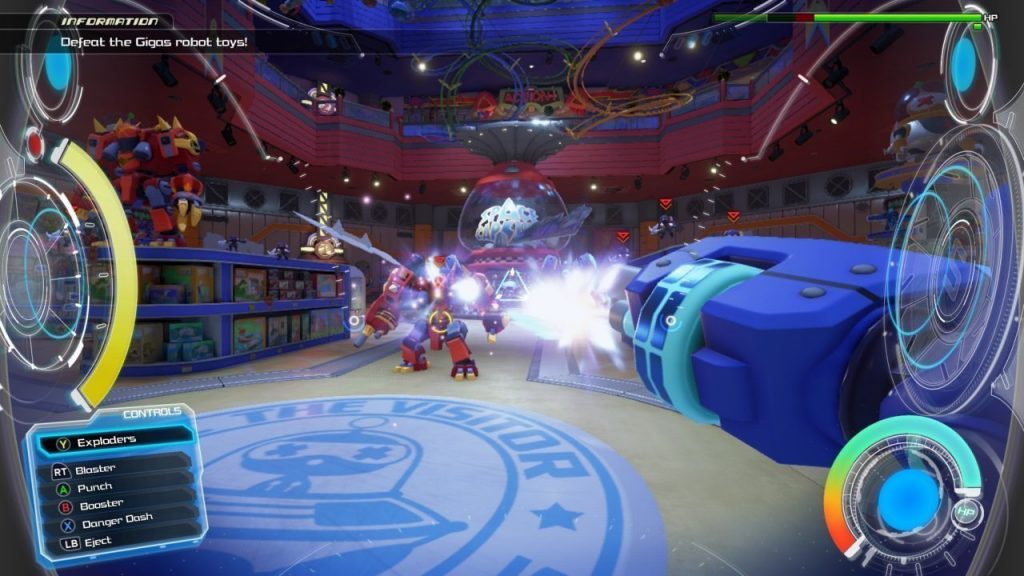 The animation is also quite stunning, especially in the pre-rendered cutscenes. Disney characters are animated so well, it’s easy to forget you’re not watching the original movies. This truly top tier animation makes everything that much more stunning, including climactic battles.

Occasionally, Kingdom Hearts 3 can look too glossy or too sharp, but that’s dependent on what world you’re exploring. Each new world has its own aesthetic and style, and some stuff works better than others. Kingdom Hearts 3 has a nice default style that sits closer to cartoon than realistic, but still lifelike enough to cross into realism. This means that Disney worlds with realistic looking characters don’t feel out of place, despite the mostly cartoon aesthetic. Besides a few bumps along the way, Kingdom Hearts 3 is a beautiful game.

The Bottom Line on Kingdom Hearts 3

Kingdom Hearts 3 is a huge game, both in its narrative scope and gameplay variety. It’s a hard game to recommend to newcomers, as most will find the overall story to be nearly incomprehensible. However, there’s enough mainline Disney charm to propel players through the bulk of the experience. 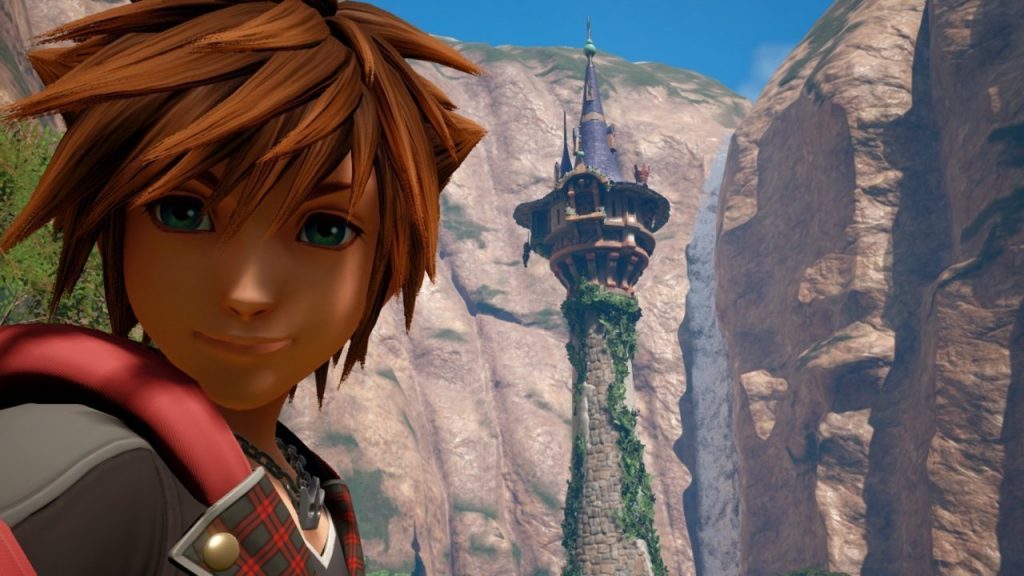 For some, the narrative will be oddly paced and convoluted. For those who have follows the series, Kingdom Hearts 3 offers a plethora of interesting scenes and climactic battles. The pure variety of combat gameplay is admirable, as is the pleasant world design and RPG systems. Kingdom Hearts 3 is a game unlike many others, and your enjoyment will vary greatly depending on how much of the franchise you’ve played before now. For the majority though, Kingdom Hearts 3 is an enjoyable experience with an oddly paced and needlessly long story. It’s plenty fun to play, but it often bites off more than the audience will be able to chew.