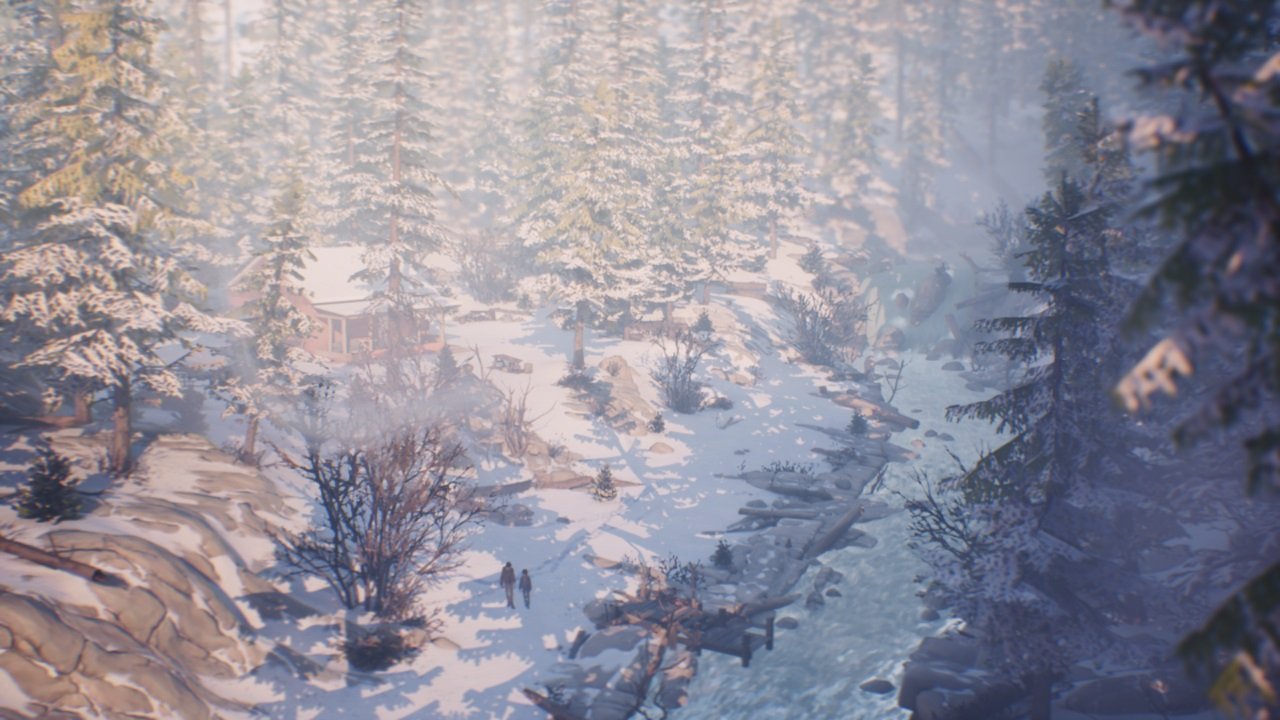 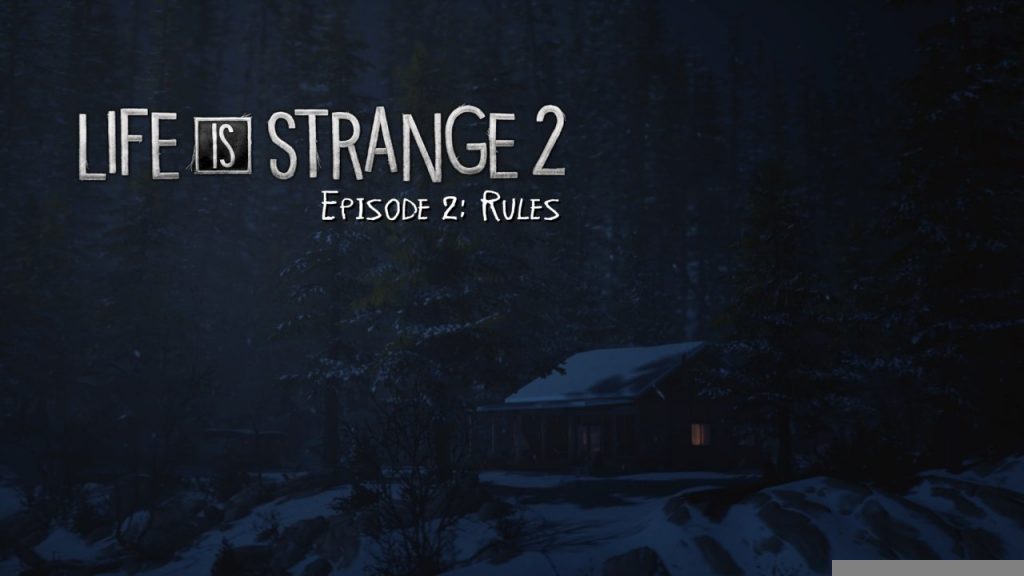 Episode 2 picks up several weeks after the ending of Episode 1. When we last saw the Diaz brothers, they had narrowly escaped a run-in with a racist gas station owner. Aided by a kind stranger, they drove further from home, ending up at a motel. Along the way they picked up a lovable puppy named Mushroom, and discovered that the youngest Diaz brother might hold telekinetic powers. Once again on their own, teenager Sean and young Daniel must brave the brutal winter months. 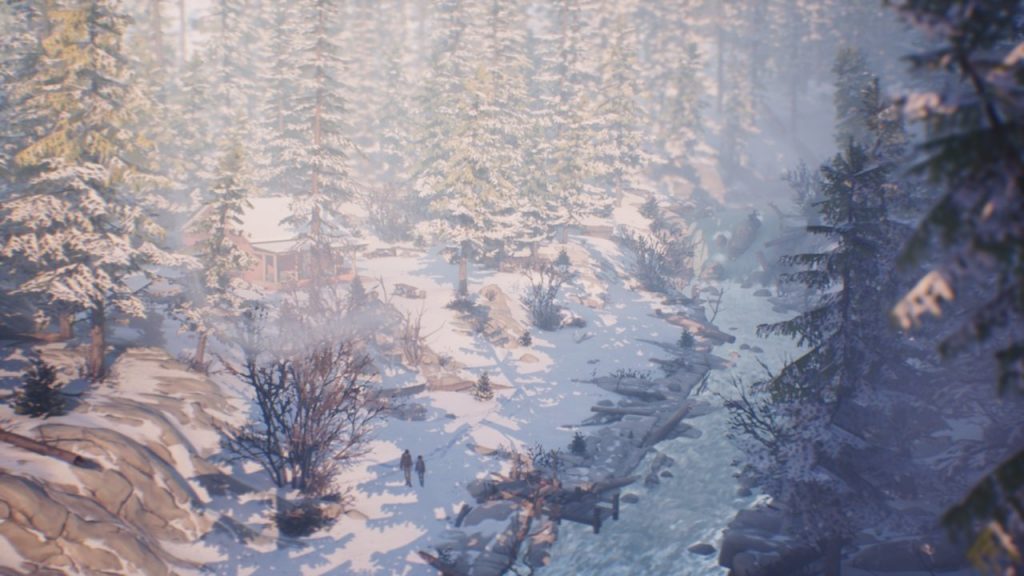 The pair have found shelter in an abandoned cabin, seemingly left for other nomads and runaway. There, they endure weeks of grueling winter weather, staying warm by lighting fires and surviving off of canned ravioli. The opening of the game is a relaxing start, and we get to watch the brothers bond over Daniel’s newfound power. It’s an interesting scenario set in a beautiful river valley, and the opening chapter sets the stage nicely for an interesting episode.

Unfortunately, Episode 2: Rules continues the trend of mediocrity in Life is Strange 2. After the interesting initial setup, Sean and Daniel travel to the small town of Beaver Creek. Here, they shack up with some friendly faces, hiding out from the local law. This episode ties heavily into The Amazing Adventures of Captain Spirit, a free episode that was offered last year. It features both young superhero fanatic Chris and his single-parent father. Chris and Daniel Diaz quickly become friends, and their relationship plays out for most of the episode. 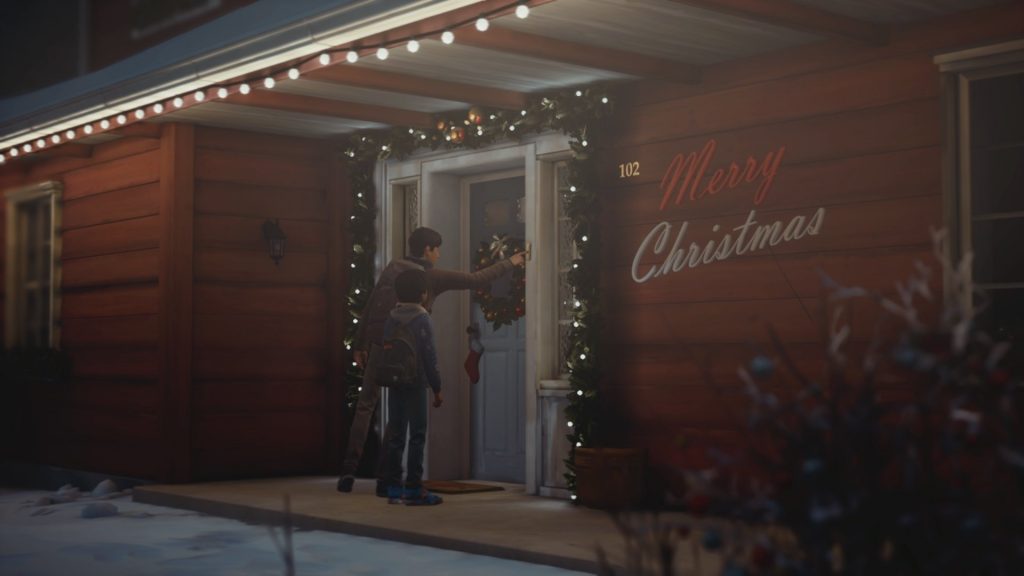 Like the quiet suburban town where most of the episode takes place, Episode 2: Rules doesn’t have many interesting things going on. There’s a few noteworthy moments, both surprisingly and emotional. However, the majority of the experience feels passive and underwhelming. There aren’t many big moral decisions to make, leaving the player feeling more like a backseat passenger than a driving force in the story. The new characters introduced are serviceable, but if you played The Amazing Adventures of Captain Spirit, there aren’t too many new faces.

The biggest issue with Life is Strange 2 so far has been the lack of interesting gameplay. The original Life is Strange game heavily revolved around the ability to manipulate time, and Life is Strange 2 has nothing like that. There aren’t any puzzles elements to the game; it’s mainly a straightforward story from point A to point B. There isn’t too much variation, although your choices have some impact on the outcome of the story. The lack of any unique gameplay feature makes Life is Strange 2 feel like an overall downgrade, and the story in Episode 2 does little to improve things. It’s predictable and circular in nature, and doesn’t do much to move the overall narrative forward.

The Bottom Line on Life is Strange – Episode 2: Rules

While Episode 2 contains pleasant visuals, a nice soundtrack, and some interesting moments, it fails to be memorable. After a six month break between episodes, I was hoping Episode 2 would add some significant weight to the story. Instead, it simply treads water, relying on its winter and holiday aesthetic to stand out. Your choices feel unimportant, the gameplay is less than exciting, and it’s far too brief. 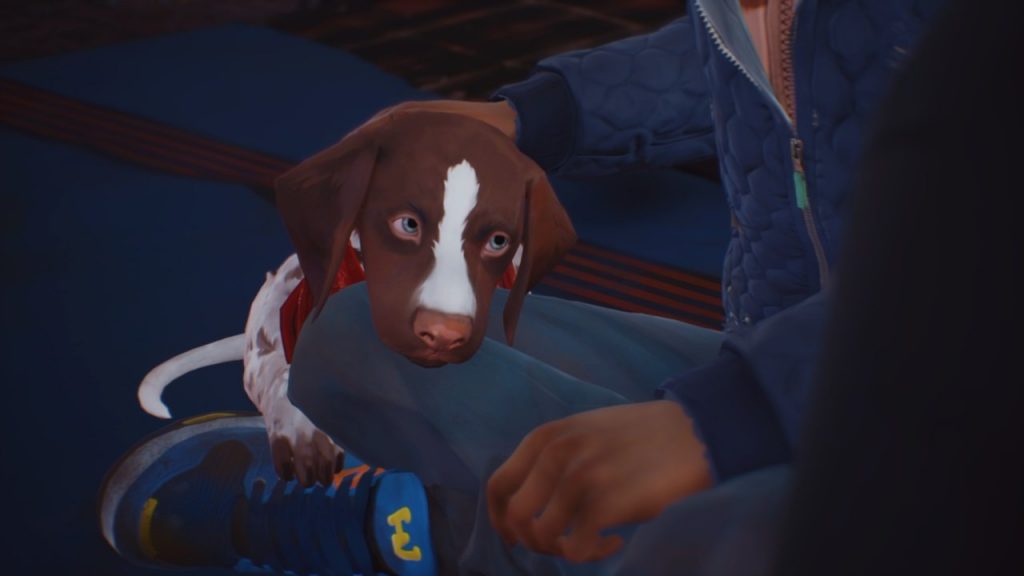 Life is Strange 2 – Episode 2: Rules is worth playing through if you already own the season pass. Likewise, users who own Xbox Gamepass can play it for cheap while the game is offered on that service. Unfortunately, I can’t recommend it to newcomers. Even if you’re a fan of the original Life is Strange series or its prequel, Life is Strange: Before the Storm, Life is Strange 2 will still be a disappointment. Hopefully, Episode 3 will mark an interesting turn in the tale of the Diaz brothers. Otherwise, Life is Strange 2 might end up as the final entry in the franchise.