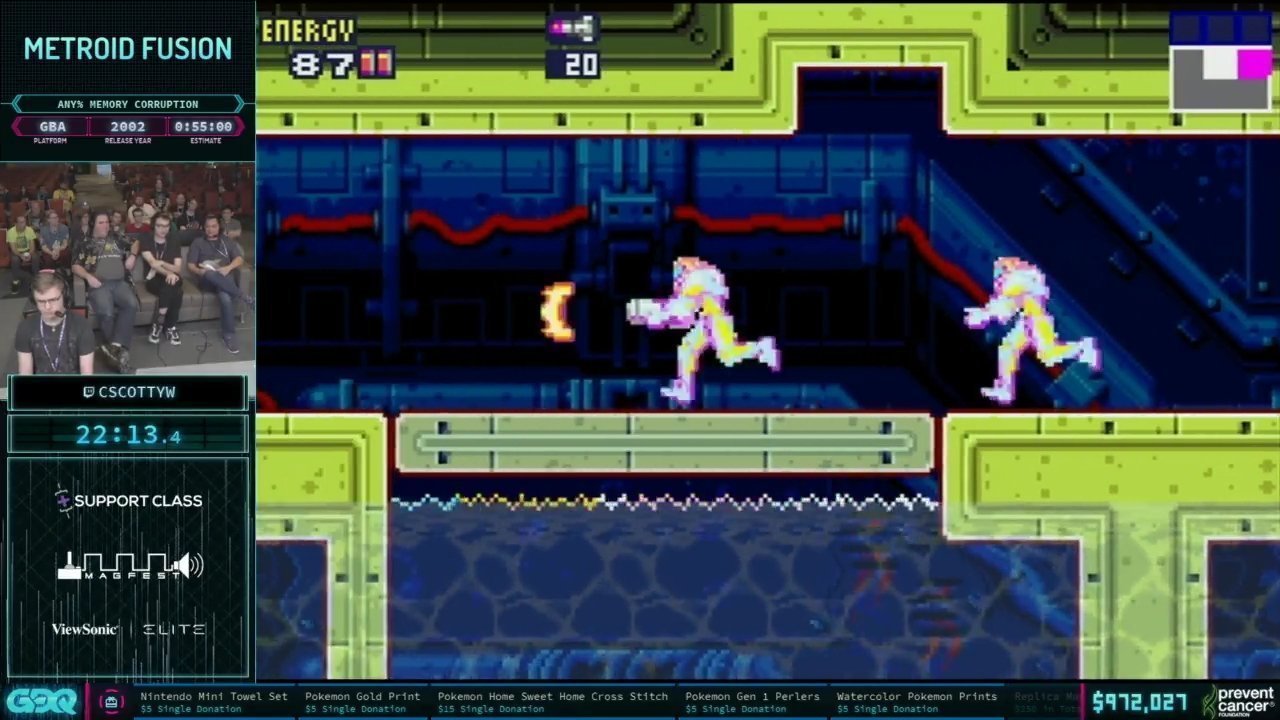 Day six of AGDQ 2019 was Friday, one of the hot days for lengthy speedruns and all time greats. Runners clipped and glitched their way through a handful of games, all in an effort to raise money for the Prevent Cancer Foundation. The weekend of AGDQ always brings in big donation dollars, and with the 2 million mark far away, it’s time for the big bucks to start rolling in. I wasn’t able to watch all the runs I wanted over the weekend, but Friday provided plenty of great content.

The late night and early morning of day six held a grab bag of games, ranging from Pac-Man to Grand Theft Auto. There were two lengthy races that took up most of the afternoon, followed by the popular Tool Assisted Speedrun block. The end of the day held one of the most exciting runs yet, a Super Mario Sunshine Bingo run! Overall, the day was filled with lengthy but interesting speedruns across all platforms and genres.

If you want to watch any of the speedruns below (or any of the marathon), you can watch it via Twitch videos or on GamesDoneQuick’s YouTube channel. The list of games below are just a few of the runs that Friday offered. For a full list, check out the official AGDQ 2019 schedule. With that said, here are our picks for the best speedruns from AGDQ 2019 day six!

Pac-Man: Championship Edition 2 (any%) by PinballWiz45B 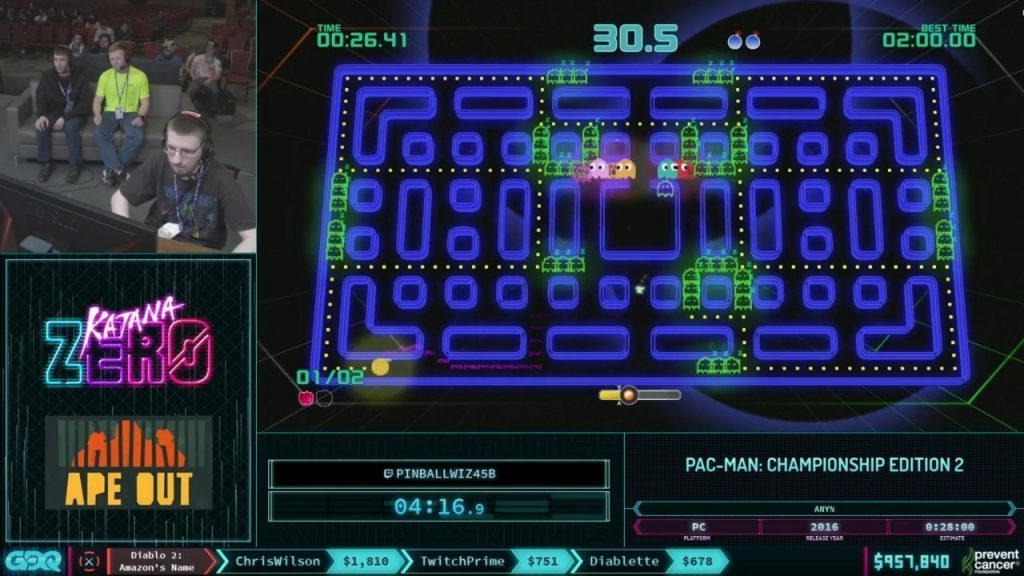 Pac-Man is an arguably simplistic game, but Championship Edition 2 ramps up the visuals and the difficulty by a substantial margin. Runner PinballWiz45B displayed his mastery of pellet munching and fruit collecting in this wildly colorful speed run. Although the run doesn’t have any crazy glitches or tricks, it’s a highly optimized route that is entertaining to see. As a game, Pac-Man is enjoyable for both video game veterans and newcomers, making this run one of the most accessible of the marathon. If you’re looking for classic gaming action with a bright and vibrant twist, look no further than Pac-Man: Championship Edition 2.

Ratchet and Clank: Up Your Arsenal (any%) by Xem 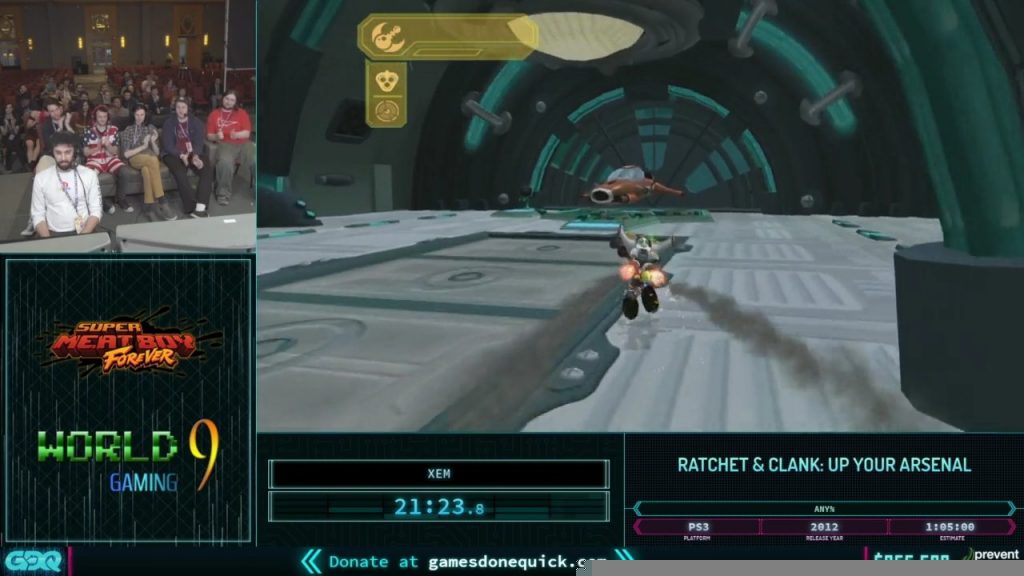 Xem’s speedrun of Ratchet and Clank: Up Your Arsenal was an enjoyable and laid-back affair. Most of the couch commentators had previously appeared in the Jak 3 speedrun earlier in the week. That run is was the highlight of the marathon, thanks to the humorous commentary. Up Your Arsenal was similarly funny, thanks to the constant back-and-forth between runner and couch. Although I wish the commentary had explained the glitches of it better commentary the game is easy enough to follow. The result is a casual speedrun with plenty of life, and one of the better showings on day six. 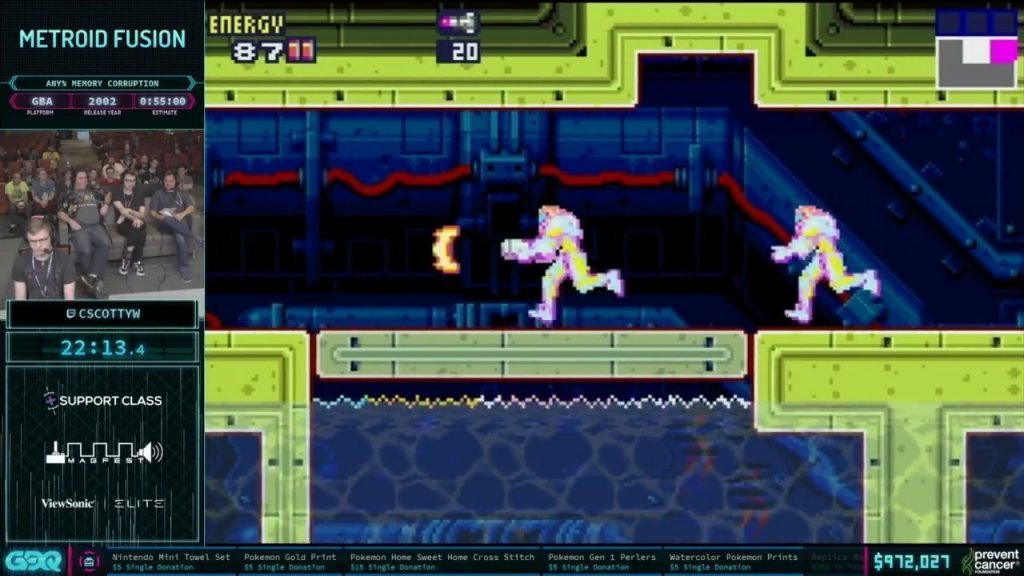 Metroid is an absolute staple of the speedrunning community. Look no further than the Super Metroid speed runs, which regularly bring in tons of donations and viewers. Although I appreciate Super Metroid, I’ve always been a bigger fan of the Game Boy Advance outings. Runner CScottyW played incredibly well, and the category of this speedrun separated it from past Metroid Fusion runs. This category allowed CScottyW to perform the memory corruption glitch, a complex series of movements outside the game’s boundaries. Successfully performing this glitch allows the runner to skip a major portion of the game. Between the big glitches and the excellent gameplay, this run of Metroid Fusion is very satisfying to watch. You should check it out if you’re interested in the Metroid franchise, or previously enjoyed the popular Super Metroid runs.

Grand Theft Auto: Vice City (any% no SSU) by KZ_Frew 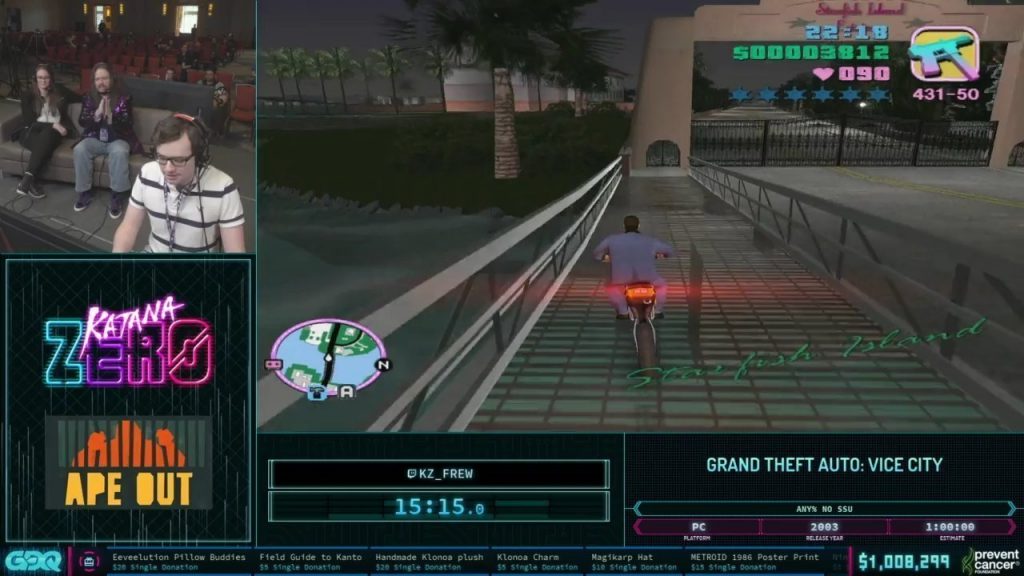 It’s not often we see a Grand Theft Auto title at a Games Done Quick event. Games Done Quick usually likes to put on a family-friendly show, and the Grand Theft Auto series is far from that. Thankfully, the 80’s inspired title Vice City wound up on the schedule. It was tons of fun to watch runners KZ_Frew break apart this classic PS2 game. The route was tightly timed, as a major strategy revolved around abusing the game’s replay feature. This allowed the runner to complete multiple missions at a time. Some noticeably large skips opened up the map sooner than the game expected, leading to a variety of interesting quirks. If you play Grand Theft Auto III or Grand Theft Auto: Vice City, you owe it to yourself to watch the speedrun. 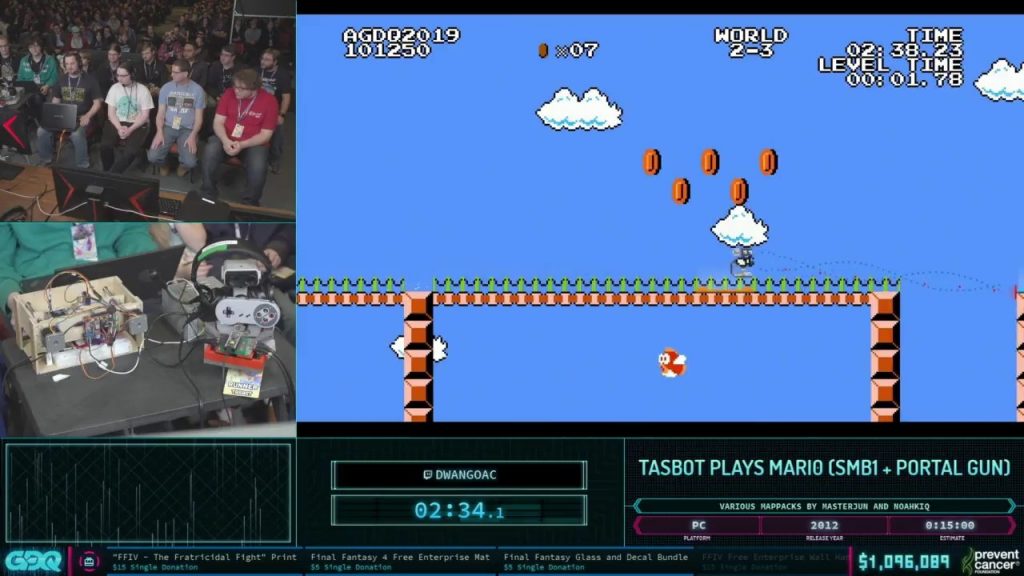 In all fairness, you should watch the entire TAS Block. If you’re impressed by what a human speedrunner can pull off, I’m sure you’ll enjoy what a programmed computer can do as well. This year’s TAS block wasn’t as exciting as some previous years, but the showings were still entertaining and impressive. The TAS block started with two runs of Mari0, a remake of Super Mario Bros. for the NES with a slight twist; you have the gun and physics from Portal. Like other tool-assisted speedruns, things go insanely fast and it will be hard to keep up. The commentary leaves a bit to be desired, but the pure spectacle of watching Super Mario Bros be played with a Portal gun is still worthwhile. I recommend this run (and the TAS block in general) if you’re okay with just watching crazy glitched gameplay for the sake of it. 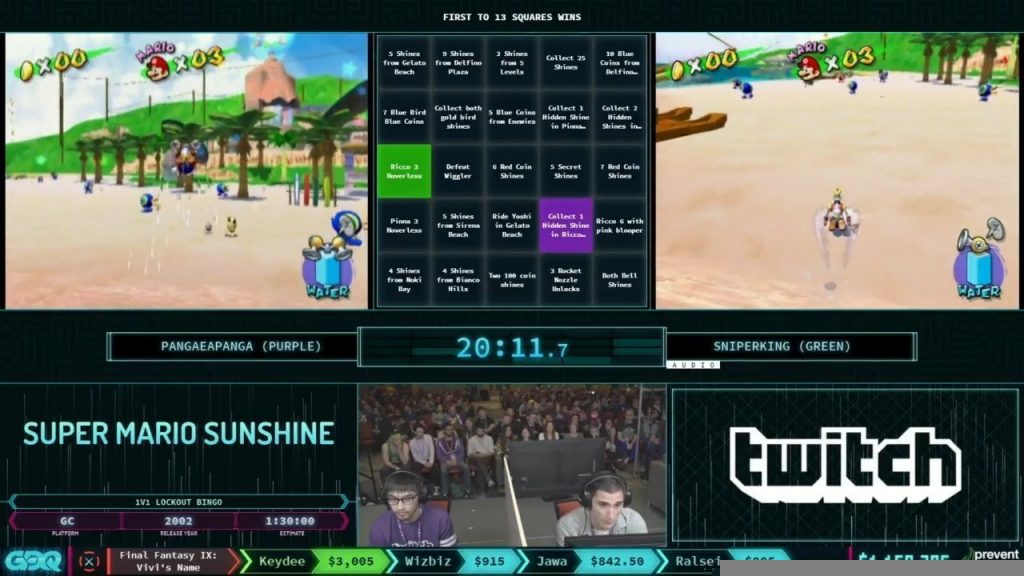 As much as I enjoy traditional speedruns, I always like it when cool categories shake things up. Competitive events like races bring a fun dynamic to the speedrunning scene, and I really enjoy the resulting runs. This is the same case for “Bingo” runs, which have recently started appearing on the GDQ stage. In a nutshell, a Bingo run is a competitive run between two or more players. In this case, the runners are playing Super Mario Sunshine. They are given a Bingo board with various in-game objectives denoting squares. The first player to connect a five-square row or complete 13 objectives wins. It’s easier to understand in motion, and this specific Super Mario Sunshine Bingo between PangaeaPanga and SniperKing was essentially two routes in one. Since both players are going for the same objectives, it was interesting to watch how their routes differed. Both players chose wildly different objectives, making it hectic and chaotic as they started to quickly mark off squares. The competition was brutally close throughout the near hour-long show, making it one of the most tense and hyped runs so far. If you can only watch a few speedruns from AGDQ 2019, make sure this is one of them.

That’s all we have for day six! We’ll be back tomorrow with our wrap up of the final day of AGDQ 2019! At the end of day six, the total amount of money raised has exceeded the $1 million mark! Remember, for the full list of games that were played on day six, check the official AGDQ 2019 schedule. Enjoy the speedruns!