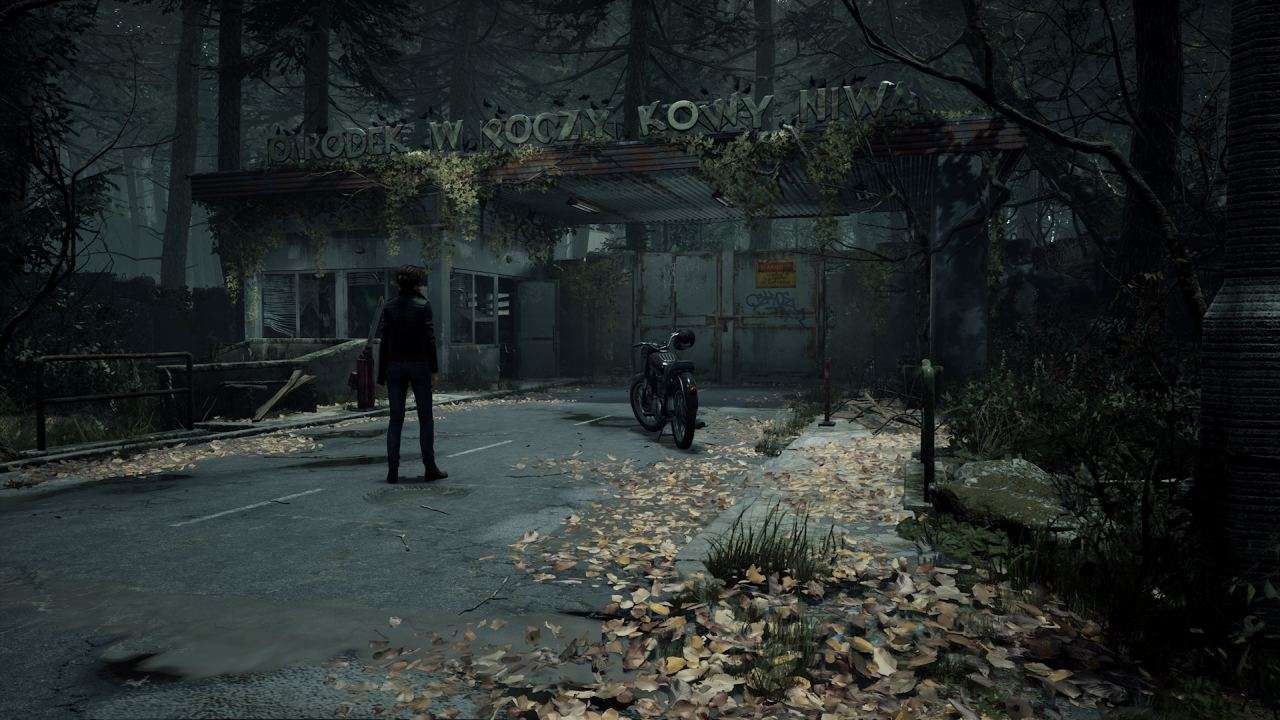 The Medium Review – Resort of the Dead

The Medium is a brand new horror game by Bloober Team, the developers behind terrifying titles like Layers of Fear 2 and The Blair Witch Project. Available exclusively on the PC and the Xbox Series X/S, The Medium offers crisp and creepy visuals with a modern flair. Instead of the usual first-person fright fest, Bloober Team has created a slow-burn, third-person adventure game that feels more reminiscent of classic franchises like Silent Hill. Playing as a psychic-powered medium named Marianne with the ability to peer into the spirit world, you’ll embark on an unnerving journey to an abandoned resort deep in the Polish wilderness. With an emphasis on atmosphere and puzzle-solving, The Medium keeps the narrative at the forefront while introducing some inventive gameplay elements. Let’s see if The Medium is just as frightening as Bloober Team’s previous efforts, or if this is an underwhelming entry into the new generation of gaming.

The Medium tells the story of Marianne, a young woman with psychic abilities living in 1999. Mourning over the loss of her adopted father and plagued by reoccurring nightmares and visions, Marianne’s journey starts with a gloomy tone. Despite her woes, Marianne finds some solace in her uncontrolled ability to shift between the world of the living and the dead. After discovering this ability at a young age, Marianne uses the power to ease the torment of lost souls, guiding them to their rightful place in the afterlife. On the morning of her father’s funeral service, she receives a call from a mysterious man named Thomas, claiming to know the truth behind her powers. Without giving much explanation, Thomas urges Marianne to meet him at the Niwa Worker’s Resort, a decommissioned communist-era getaway in the woods that has become an urban legend hot-spot. With nothing to lose and everything to learn, Marianne sets out for Niwa, hoping to uncover the truth behind her past.

Marianne’s adventure through the Niwa Resort is a slow but interesting ride, marked with mystery and intrigue. Thanks to her link to the world of the dead, Marianne is able to tap into the essence of the sprawling resort, offering a narration as she explores. Following an unexplained event that left the resort abandoned and decaying, Niwa feels as secluded as one would expect. However, a handful of lost souls remain, hoping to be freed from their prolonged haunting. As you slowly explore the winding halls and rooms of this rural getaway, you’ll discover more and more about its sinister past.

Generally speaking, the narrative of The Medium is interesting, but it struggles with some pacing issues. A good portion of the game is spent trying to suss out Niwa’s history and how it connects to the various stories of the lost souls you encounter. It’s not until the final act where the pieces start to connect, and even with all the story distractions, the final twist is somewhat predictable. That said, The Medium deals with some heavy topic matter, including childhood abuse, sexual trauma, and the loss of close family. For the most part, these topics are handled with care and tact, but I couldn’t help feeling that some of the content was included simply for the controversy. Overall, the core mystery ties the experience together well and keeps you moving forward, but at times, it lacked impact or emotion.

While past Bloober Team games played similar to titles like Outlast and Amnesia, The Medium‘s gameplay takes inspiration from some notable genre classics. One of the first things that you’ll notice is the game’s use of fixed camera angles, reminiscent of early Resident Evil titles. The environment, while highly detailed and cleanly displayed, is often foggy, gray, and bleak, strikingly similar to the Silent Hill franchise.

At the most basic level, The Medium is a narrative-driven adventure game with some puzzles peppered throughout, mostly requiring you to find the proper items or keys to progress. Much like Resident Evil, you’ll find a variety of items scattered throughout the environment, which you can then inspect, combine with other items, or use in certain scenarios.

It’s a gameplay style that reinforces the narrative focus, encouraging players to search every nook and cranny for anything useful. This includes discarded notes and letters, which provide more backstory on Niwa and the characters within. Of course, there’s a handy vision-enhancing mode called Insight, which highlights important elements of the environment. You can also use Insight to uncover spiritual “echoes” while examining items and areas, allowing you to hear the faded conversations and quips of the past. Marianne has a few other powers as a medium, such as the ability to produce a spirit-shield or a blast of spirit energy, but these are only used in a few sections.

What sets The Medium apart from other third-person horror games is its “dual-reality gameplay”, a mechanic that sees you controlling Marianne in two worlds at once. During certain segments of the game, Marianne’s powers take hold, splitting the screen in half. Occupying both the “material” and “spirit” worlds at the same time, you’ll have to solve puzzles by interacting with elements in both worlds. Apart from the distinct visual differences, both worlds contain many of the same elements, but offer unique items, pathways, and opportunities to progress. For example, your path might be obscured by a locked gate in the material world, but by navigating around it in the decaying spirit world, you might be able to double-back and open it from the other side. If you encounter a problem that can only be handled through the spirit world, you can leave your material body behind for a bit, utilizing a timed out-of-body-experience mechanic.

While this dual-world gameplay mechanic sounds interesting and makes for some entertaining puzzles, the novelty wears off pretty quick, revealing the game’s less-than-savory elements. The split-screen aspect works well on a technical level, but it sometimes makes for a visually abrasive experience. Shifting your focus from one side of the screen to the other can get tiresome quick, especially if you’re trying to avoid backtracking and find all the extra collectibles. The puzzles, while interesting and satisfying to complete, are remarkably easy. The Medium often holds your hand through most of the puzzle-solving process, rarely requiring you to bust out any big-brain techniques. While this ensures that you’re never stuck in one area for too long, it would’ve been nice to see some more complex puzzles.

Monster encounters are rare and contained mostly to scripted sequences, resulting in a horror experience that’s suitably creepy but not exactly scary. While it has its fair share of exciting moments, the majority of The Medium feels slightly tedious and slow. The game’s consistently gloomy visuals are impressive from a technical standpoint, but environments could’ve used a bit more color. The Niwa Resort is a cool location with some extremely dark secrets, but the areas have a tendency to blend together over time. Overall, the gameplay in The Medium is enjoyable but it feels passive, so players looking for a more action-packed experience might be disappointed.

The Bottom Line on The Medium

For fans of the horror genre, The Medium is an entertaining and sufficiently creepy adventure that most will enjoy. When compared to some of Bloober Team’s previous games (namely the Layers of Fear franchise), The Medium isn’t all that frightening, with the exception of a few jump-scares here and there. The story works for the most part and the “dual reality” gameplay is intriguing at first, but both have a habit of wearing thin after a while. Although I never felt like The Medium was wasting my time, there were quite a few moments where I simply lost interest, waiting for the next bit of narrative to keep me going.

Unless you spend an excessive amount of time searching for collectibles, The Medium should only take you around 6 – 8 hours to finish. Most of those hours are enjoyable, especially as you explore some of Niwa’s more evocative areas. The game’s commitment to fixed camera angles is admirable and works well, adding a cinematic quality to the experience. Despite the low level of difficulty, I had a good time working through Niwa Resort, solving puzzles and freeing lost souls. While it might not be perfect, The Medium fits nicely in the modern horror genre, offering a gloomy third-person adventure with a focus on narrative over combat. If you go in with leveled expectations, you should find The Medium to be worth your time.