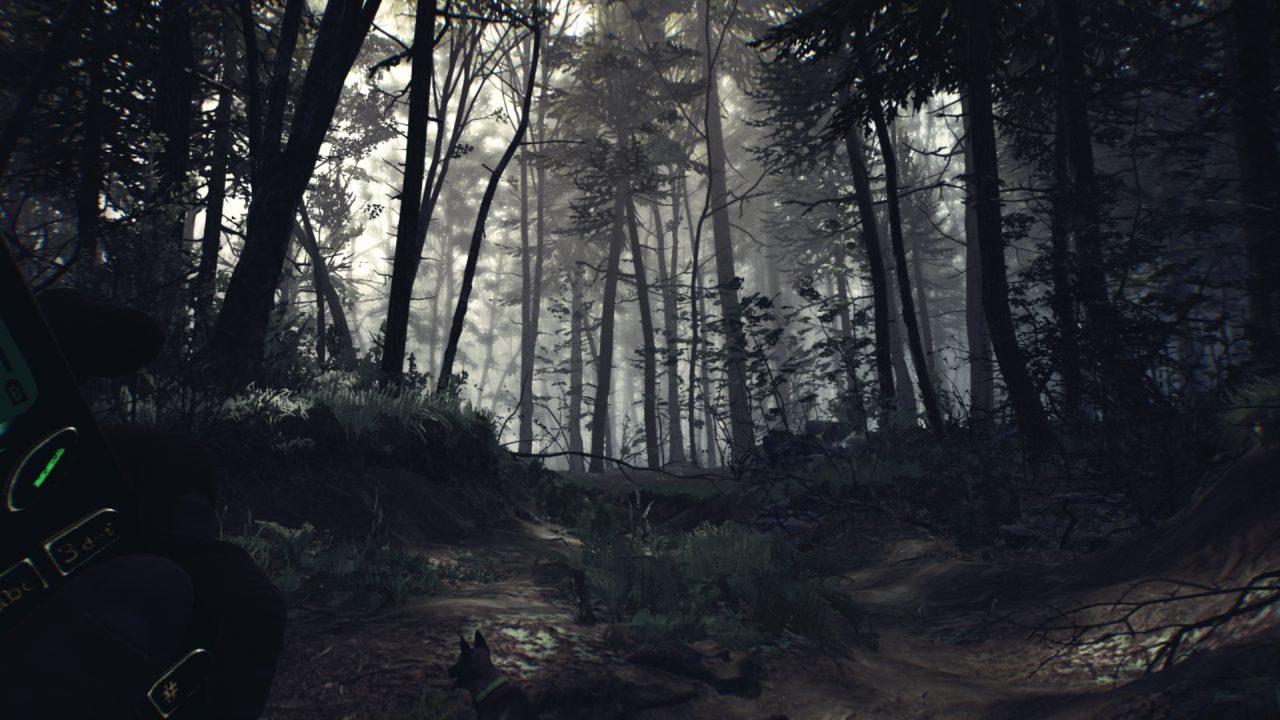 Blair Witch Review – The Wicked Witch of the Wood

Developed by Blooper Team, most well-known for their work on games like Layers of Fear and Observer, Blair Witch acts as a sequel to the 1999 found-footage horror movie, The Blair Witch Project. Just like in the original movie, the game follows a group of characters over one night as they explore the woods near the town of Burkittsville, Maryland. In the movie, it was a group of teens attempting to document evidence of a local legend; a man who kidnapped seven children and killed them as an offering for a witch who resides in the woods. In the Blair Witch game, our protagonist is pretty far from an inquisitive teen, but the results are similarly supernatural. Created by one of the most effective horror game development teams in the modern age, Blair Witch promises creeping dread, discomfort, and overall terror. Let’s see if this movie-to-game adaptation pulls it off, or if this is another sloppy attempt at bridging the two mediums.

What Rests in the Woods

Blair Witch follows the story of Ellis, an aging man with a blurry and tragic past. Along with his dog Bullet, the pair head into the Burkittsville forest, assisting in a search party for a missing boy. As night falls and the surroundings grow dark, it becomes painfully apparent that Ellis is not alone. As Ellis’ painful memories resurface, the thing stalking the woods begins to prey on his vulnerability.

What starts off as a normal albeit exceptionally creepy journey into the woods quickly evolves into a personal nightmare for Ellis, digging up his repressed memories and guilt. As the night continues and Ellis works his way further into the forest, the barrier between reality and the unknown begins to blur. There are a handful of other characters that will check in on you via either radio or cell-phone, but we all know just how spotty cell reception can be out in the wild.

As a character-driven horror story, Blair Witch mostly succeeds. It’s easy to have empathy for Ellis early on, and it’s almost impossible to dislike his adorable dog side-kick, Bullet. The game flips between the mystery surrounding Ellis’ past and the horrors within the woods as the focal narrative, but the two stories intertwine as the experience progresses. While the storytelling can be just as weird as other Bloober Team games, the narrative itself is a bit easier to digest and process. There’s still a fair bit of thinking to do, and you’ll have to connect some of the dots on your own, but the Blair Witch‘s plot is compelling enough to keep you moving through the experience. While it’s not as scary as other modern horror games, the Blair Witch game offers a story that is worth experiencing. There are also multiple endings that are dependent on your decisions during the story, adding a dash of replayability.

The gameplay in Blair Witch mainly involves exploring the woods and experiencing the narrative, and there are a few tools for Ellis to utilize during his search for the lost boy. You start out with a flashlight, radio, cell-phone, and quickly find a video camera at the start of the journey. These items can be swapped between at any time by using a radial menu. Although each item is useful in its own right, your most valuable tool is the flashlight. In the dense woods of Maryland, things can get dark rather quick.

Most of your time in Blair Witch is spent running around the woods, searching for the next item or location of interest. You and your dog (more on him in a bit) must navigate the maze-like woods, trying your best not to get lost. This can be difficult and frustrating at times (especially at night), since the flashlight is underpowered, making it hard to see in your surroundings. On one hand, it accurately replicates the feeling of being lost and can be pretty unsettling. On the other hand, that feeling quickly becomes more annoying than frightening. Certain sequences play with your perception and force you to question reality, which is a signature mechanic of the developer, Bloober Team. These segments are far more intense than the creepy walks in the woods, raising the level of action a bit.

At its best, Blair Witch uses its slow-paced gameplay to create a palpable tension and unease. At its worst, the gameplay can feel meandering. For those who are accustomed to horror game tropes (including expected jump-scares and gross-out moments), it can even feel a bit boring at times. The pacing of the story is rarely the issue, with most of the problems arising from the minutes of aimless wandering without a scare in sight.

Fast as a Bullet

Throughout your journey through the haunted woods of Blair Witch, you’ll enjoy the company of Bullet, your adorable and reliable dog companion. Bullet often helps you by guiding you to the next objective and signaling for danger and items of interest. When you’re not busy petting him, you can issue commands to Bullet. You can ask him to seek out items, stay in position, and stick close by. You’ll want to keep a close eye on Bullet too, as losing sight of him for too long induces panic.

Without Bullet, Blair Witch would be an awfully lonely experience. When your phone starts to lose reception and your radio starts acting all haunted (as they usually do), it’s nice to have a grounded companion to look for. Whenever I got especially turned around or confused, it was comforting to have Bullet around. He’s also a life-saver when things get hairy, doing his best to protect Ellis from physical harm. Generally speaking, I often found myself rooting for Bullet, second-guessing decisions that may have put him in harm’s way.

The game pays homage to its found footage roots in an interesting way, manifesting as one of the focal game mechanics. As you explore, you’ll come across videotapes to insert into your handled video camera. When played back, the tapes reveal new information, helping you progress through puzzles. More interesting though is how the tapes affect the world around you.

At certain points in any given tape, the events happening on-screen will match up with some elements of the game environment. For example, there might be a locked door that stands in your way. While reviewing a tape, if you can find a moment where that same door is opened on film, you might find it mysteriously open in your world. In this way, tapes become an integral part of exploration and puzzle-solving, opening new areas and presenting solutions to certain puzzles. None of the tape-related puzzles are too difficult to figure out, and helpful sound queues make it easier to tell when the tape has affected your world.

The Bottom Line on Blair Witch

Overall, Blair Witch succeeds in its attempt to frighten the player and also live up to the original Blair Witch Project movie. It tells a decent story with plenty of thrilling moments and narrative twists. With multiple endings, the game beckons players to play through more than once. However, the occasionally frustrating gameplay and confusing world design might make you hesitate to do so. It’s also a pretty brief experience, clocking in at around 6 hours (depending on how much time you take looking for collectibles).

Fans of both the Blair Witch film franchise and past Bloober Team games will most likely enjoy this trip through the Burkittsville woods. It’s drenched in a chilling atmosphere and guaranteed to creep you out. Combine that with a lovable and personable dog companion, and you’ve got a decent experience on your hands. If you’re looking for a quick horror game to play during the Halloween season, Blair Witch is a pretty good choice. It’s not the best game that Blooper Team has made this year, nor is it my favorite horror game of the year, but Blair Witch has plenty of worthwhile scares to offer.