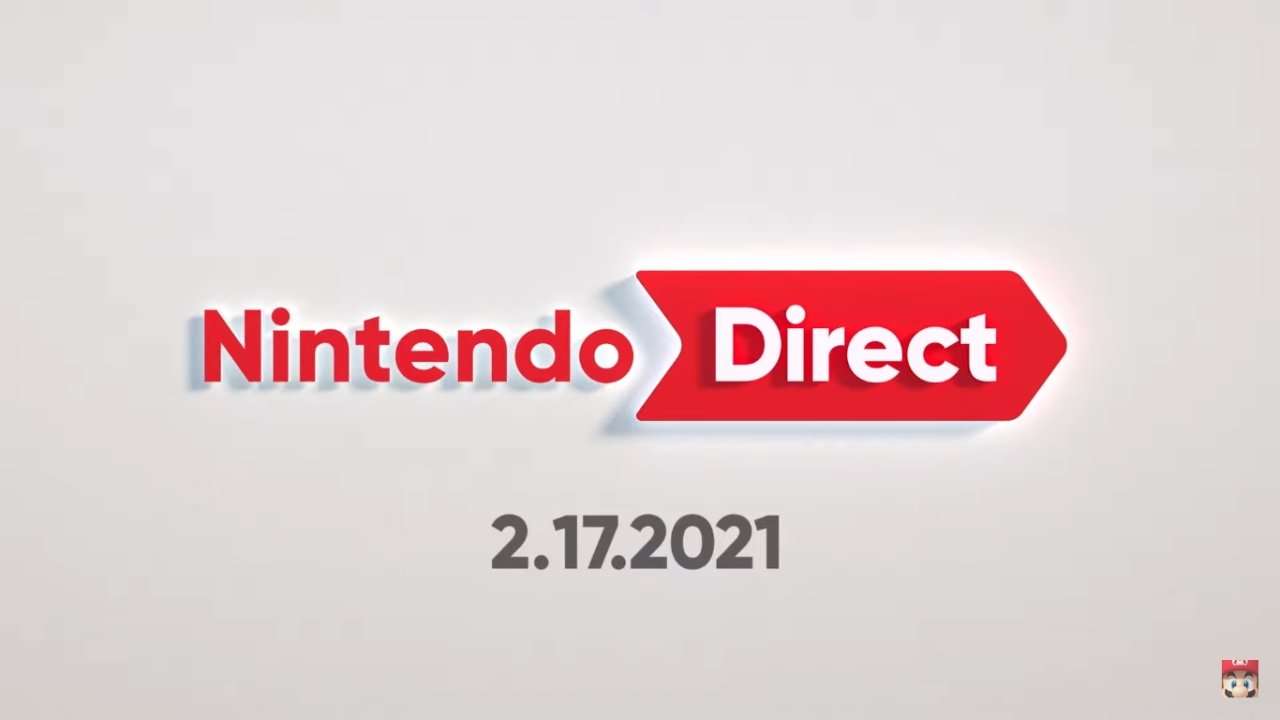 After a year-long absence of any major “Direct” streams from Nintendo, we just got a 50-minute presentation packed with brand new games and DLC coming to Nintendo Switch. From big-name sequels to spectacular indie titles and everything between, the February 2021 Nintendo Direct had quite a few surprising announcements. While many fans were hoping to see a bit more of a celebration for The Legend of Zelda’s 35th anniversary and perhaps a Pokemon announcement, unfortunately, these lofty dreams didn’t come true. Instead, we got a smattering of new titles coming in both 2021 and 2022, encouraging us to double-down on our gaming hours with the Switch.

Over on our Discord server, community members were discussing the Nintendo Direct live, offering their thoughts on the announcements. While some members were disappointed by potentially sub-par graphics, many of our community members were excited by what Nintendo had to offer. Be sure to join our Discord server today so you can weigh in on the next live presentation, or just chat about your favorite games with like-minded gamers! With that said, here’s a wrap-up of everything that Nintendo announced during the February 2021 Nintendo Direct.

Although many fans expected Crash Bandicoot or Spyro the Dragon to be the next fighters added to the Smash Ultimate roster, this Nintendo Direct showed off the true upcoming fighters. Both Pyra and Mythra, the two-in-one sidekick from Xenoblade Chronicles 2, will be joining this platformer-fighter in the coming months. It’s a bit disappointing to see yet another sword-wielding, anime-inspired character, but we’re still looking forward to trying them out when they become available in March.

This Nintendo Direct featured a handful of games that have already been announced, but will be releasing on Nintendo Switch for the first time in the coming months. One of those games is the recent breakout battle-royale hit, Fall Guys, where 60 bean-shaped contestants compete in wacky mini-games. The game will undoubtedly require Nintendo Switch Online, and will likely cost $20 when it releases sometime this summer.

You can also look forward to the hit indie title Outer Wilds, which lets players explore a quaint and interesting solar system at their own pace. This was one of our favorite indie games in recent memory, and we highly recommend you play it without watching the trailer. The trailer shown during the Direct ruined a lot of the mystery of Outer Wilds, which was a bit of a bummer.

For fans of solving murder mysteries, you’ll have your hands full when these two standalone titles in the classic Famciom Detective Club series hit Nintendo Switch on May 14th. This series started in the late-80s and has been popular in Japan, but is now seeing its Western debut on the Nintendo Switch. Dive deep into supernatural mysteries with HD graphics and other modern gameplay tweaks.

If you enjoy games like Dynasty Warriors or the Zelda-themed Hyrule Warriors, you’ll have a blast with Samurai Warriors 5, a brand new game in the long-running franchise. As a part of the “musuo” genre, Samurai Warriors 5 is all about experiencing epic historic battles while simultaneously slicing through thousands of enemies. Both cathartic and exciting, the hack ‘n slash madness lives on when Samurai Warriors 5 releases on Nintendo Switch (and all other major consoles) sometime this summer.

The classic 1999 Square Enix action-RPG Legend of Mana will be receiving a modern face-lift when this remastered version releases on June 24thon both the Nintendo Switch and PC. Fans of the JRPG genre will definitely become enthralled in this fantastical adventure with its vivid visuals, memorable characters, and wild plot.

We also got a brand new trailer (and a release date) for Monster Hunter Rise, the next game in the best-selling Monster Hunter franchise by Capcom. In this colorful action-RPG, up to four players join together to take down giant and fearsome fantasy beasts in a variety of environments. Like other Monster Hunter games, you can expect to dump dozens of hours into your preferred playstyle when the game releases on March 26th.

It’s been a while since our man Mario has played some sports, with the last big outing being Mario Tennis Aces on Switch in 2018. While that game failed to live up to most of the hype, we’re hoping that Mario Golf Super Rush will fare a bit better. In the debut trailer, we got to see a handful of modes that will be available, including a story mode with some RPG-stylings, as well as the wacky competitive Speed Golf mode. We’re looking forward to the wild and wacky Mario Golf sequel when it launches on June 25th.

During a sizzle-reel that included Tales from the Borderlands, Capcom Arcade Stadium, and a Stubbs the Zombie remaster, we got a better look at one of the most anticipated Switch exclusives, No More Heroes III. In this incredibly goofy and stylish action game, players step into the shoes of Travis Touchdown, an aloof assassin with some serious blade skills. For the third time, Travis must fight his way through a ranked list of killers, proving his dominance as the best. However, instead of other skilled humans, Travis must battle against an alien invasion in a bid for humanity’s safety. We can’t wait to experience the frenetic and wild action of No More Heroes III when it releases on August 27th.

Neon White is a brand new game from Ben Esposito, the creative mind behind the hit indie title Donut County. In this exceptionally offbeat title, you play as a group of assassins traveling through heaven, using a handful of cards to throw out spells and attacks. The game plays from a first-person perspective, featuring stylized visuals and a personable cast of characters. The game will be releasing sometime this winter.

Based on the tv series of the same name, DC Super Hero Girls: Teen Power is an action beat ’em up game launching on Nintendo Switch on June 4th. Players can control their favorite female DC characters, including Wonder Woman, Supergirl, Batgirl, and more. In addition to beating up bad guys, you’ll be able to shop around town for new pieces of gear, take selfies and post them on social media, and even spend some time at school.

The immensely popular RPG creators at Square Enix are back with another Nintendo Switch exclusive, borrowing the modern pixel-art infusion style of their past release, Octopath Traveler. Although the game is currently still in development, a demo is now available for players to download. This tactical-RPG features a more robust combat system, a bigger focus on moral decisions, and a branching story that involves three warring kingdoms. We’ll have to wait a while to play the final version though, as Project Triangle Strategy is slated for sometime in 2022.

This was one of the shortest trailers we saw during the entire Nintendo Direct, but it definitely has our interest piqued. Described as a “free-to-play, third-person competitive action game”, Star Wars Hunters will feature an assortment of characters from the Star Wars universe, all battling it out in arena-style combat. There was no gameplay shown, but the game is due out sometime this year.

Knockout City is a competitive multiplayer game featuring a cast of loud-mouthed and stylish characters, all fighting for domination in a dodgeball-style sport. To be honest, the trailer was slightly underwhelming and missed the mark a bit, but we’re still interested in what the game has to offer. We’ll check out the final version when it releases on May 21st.

This wacky and weird adventure game is from the same creators as the Danganropa and Zero Escape series, once again featuring a large cast of characters stuck in a sadistic game of life and death. However, when the game is abruptly canceled, the crew must journey back to their home in Japan, embarking on a cross-country journey full of mystery and wonder. Playing out as a side-scrolling platformer, players will explore this intriguing urban world, attempting to solve the mysteries within. Expect lots of text, some big story twists, and some fun puzzles along the way. World’s End Club is launching on May 28th.

If the Samurai Warriors 5 announcement wasn’t enough to satiate your hack ‘n slash cravings, then you’ll love the brand new downloadable content pass announced for Hyrule Warriors: Age of Calamity. This $20 expansion pass offers a variety of new features for the critically acclaimed musuo game, including new characters, weapons, challenges, and stages. The content will be delivered in two waves, starting with the first wave in June, followed by the second wave in November.

Like other gamers, I was expecting Nintendo to detail their plans for the Legend of Zelda 35th anniversary during this Direct, but was met with this relatively underwhelming announcement. Originally released on the Wii, The Legend of Zelda: Skyward Sword will be receiving an “HD” remaster, complete with new controls and smoother gameplay. There will also be an exclusive set of Joy-Cons available for purchase, with sword and shield decals and a nice blue hue. While I would’ve preferred a compilation pack including Ocarina of Time, this Skyward Sword remaster will have to do. The game will be available on July 16th.

For their final announcement, Nintendo showed off the first trailer for Splatoon 3, the third game in their popular ink-based shooting series. There was limited gameplay shown, but Splatoon 3 looks like it’s shaping up quite nicely. I wasn’t the biggest fan of the first two Splatoon games, but I’m definitely willing to give Splatoon 3 a shot when it releases sometime in 2022.

That’s everything that Nintendo announced during the February 2021 Nintendo Direct! If you want to hear more about our opinions on the presentation, check out our first-thoughts video below.

What games are you looking forward to? What was your biggest disappointment or surprise of the Direct? Let us know in the comments below!