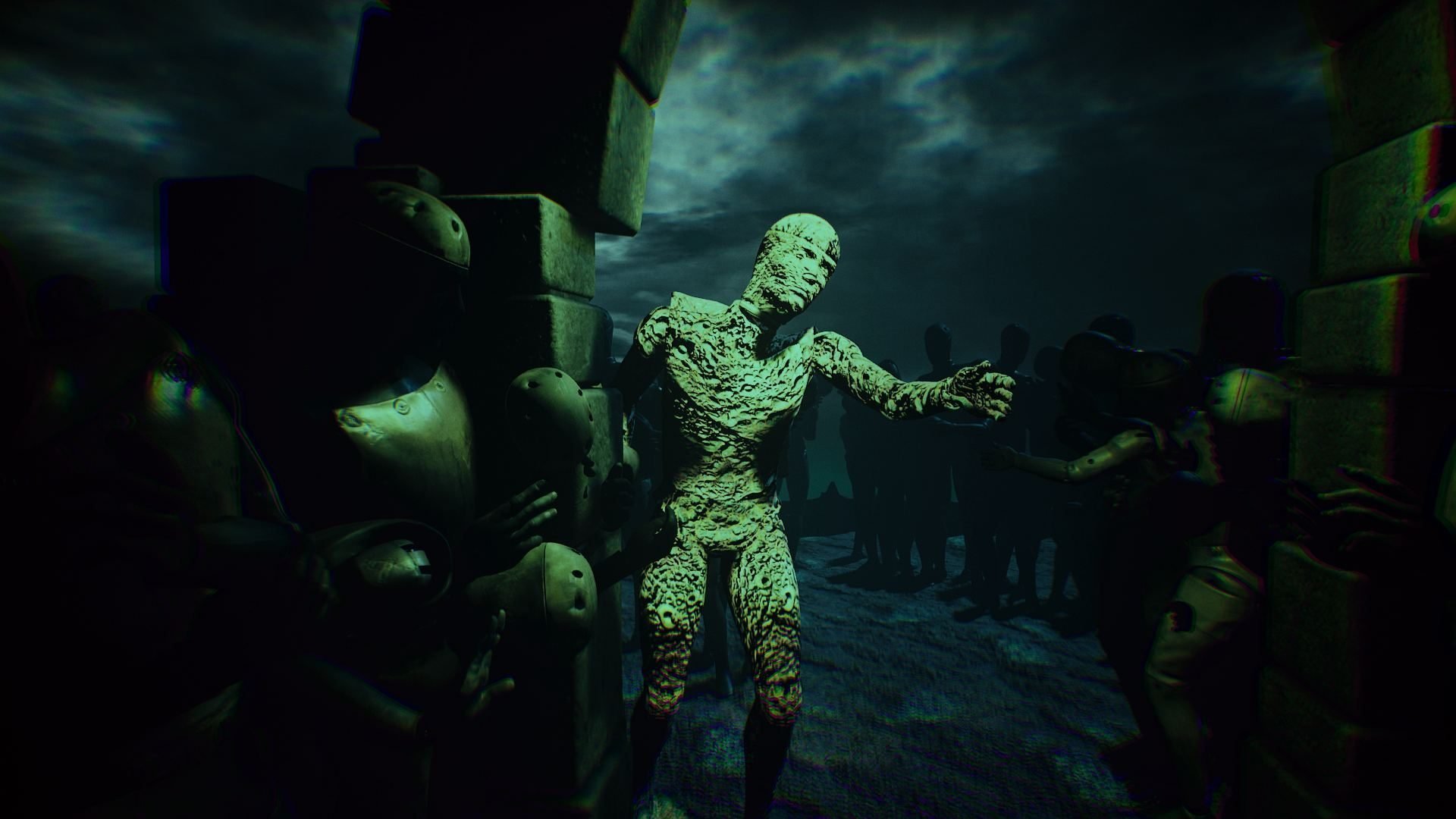 Layers of Fear 2 is the follow-up to indie developer Bloober Team’s sleeper horror hit, Layers of Fear. In the original game, you played as a tortured painter shacked up in his home, struggling to finish his magnum opus as his mind slowly deteriorated into madness. The combination of strikingly beautiful art, disturbing imagery, and mind-bending psychological horror made Layers of Fear stand apart from its peers. Layers of Fear 2 introduces a brand new story, adopting the themes of acting, theater, and cinema for a new tale of horror. Does Layers of Fear 2 supply the same unique blend of psychological and gruesome horror of the original? Let’s see if this scare-inducing sequel is another hit, or a sophomoric slump.

Layers of Fear 2 starts out with little introduction or exposition. You assume the role of a nameless actor aboard the Icarus Transatlantic, a hefty steamer ship that acts as a luxury transport for the wealthy. It seems that the actor is deep in a character study, hoping to dive into the role and become the character he is meant to play. Like the first Layers of Fear game, the narrative is often inferred from environmental storytelling and various physical in-game items.

Besides the atmospheric clues and general descent towards insanity, Layers of Fear 2 develops the narrative through various collectibles hidden around the environment. The controls are pretty simple, only allowing you to walk around and interact with doors, cabinets, and other items of importance. As you scour through various dresser drawers and closets, you might stumble across audio phonographs, notes, and other narrative items. These collectibles can be reviewed in your cabin at various point in the game, which allows you to revisit some of the more confusing entries. That said, the narrative in Layers of Fear 2 is just as twisted as the original, but perhaps easier to understand and digest.

The Art of the Scare

If there’s something that Layers of Fear 2 nails time and time again, it’s the art of a good scare. While there are numerous jump scares, most of them feel earned and equally matched by suspenseful atmosphere. Layers of Fear 2 revels in the silence, where a fallen bottle or a slowly closed door takes on a whole new implication. The horror element in Layers of Fear 2 is far more insidious than something like Outlast 2; it aims to get inside your head and make you doubt your own perception.

The first Layers of Fear title also excelled with psychological horror, specifically with creating doubt and intentional confusion with the player. You would open a door and enter a room, and when you’d turn to leave, the door would be gone. In its place, a lengthy hallway that stretches far beyond the bounds of realism. Layers of Fear 2 takes that same subversion of physical space and effortlessly weaves it within the winding and claustrophobic halls of the Icarus Transatlantic. After just a few twists and turns, you’ll quickly begin doubting your sense of direction, and that’s where the scares really begin. As the tension rises, each subsequent turn through the claustrophobic corridors become more and more anxiety-inducing.

Over and over, Layers of Fear 2 tripped up my expectations and caught me off guard. It wasn’t the abrupt noises or startling imagery that got me though, but rather the quieter moments of discomfort. The moments where you’re not sure if you just saw a shadowy figure at the end of the hallway, or if you’re starting to imagine things outside of the game. Layers of Fear 2 feeds into that, and the pacing of the scares create a palpable tension and unease. You’re often forced to double back and pay attention to your surroundings, and you’re never quite sure when something lurks just outside of your vision.

What Lies in the Shadows

When it comes to the actual objects of horror that Layers of Fear 2 displays, there’s quite a variety. In many ways, the game feels like an interactive haunted house attraction, but one that doesn’t need to follow the laws of physics. All variety of phobias and fears are explored here, all carried by a palpable tension that lasts the entire ride. Claustrophobia, physical disfigurement, ghosts and apparitions, black-eyed kids, and even more horrors await for you inside Layers of Fear 2. The scares aren’t as on-the-nose as other horror games; they come from the impending feeling of doom that permeates the experience.

Layers of Fear 2 has some stunningly realistic visuals, which makes everything that much more terrifying. The environment is beautifully rendered, and lighting effects are spot on. The game is very visually arresting when it wants to be, using bursts of color and light for effective visual tricks. That said, a good chunk of the game is played through black-and-white surroundings. While great at amping up the creepy factor and signifying physical shifts in location, the grayscale effect does pale in comparison to the more colorful visuals.

The Bottom Line on Layers of Fear 2

Layers of Fear 2 is a rare example of genuine fear in the horror game genre. Far too many games rely on shock-gore or cheap jump scares, and Layers of Fear 2 feels like a step above all of that. The narrative is well-written and engaging, and there are multiple endings to boot. You’ll constantly be on the edge of your seat in suspense, questioning your own vision and perspective. It’s a wildly unique horror game due to its visual style and slow-burn scares, and the atmospheric tension is second to none.

Only a few performance hiccups throw a wrench in this otherwise masterful tale of terror. The narrative might be a bit too dense and vague for some, and gore-fiends may find the lack of blood and guts disappointing. However, when it comes to manufacturing genuine discomfort and unease, few games are as accomplished as Layers of Fear 2. If you’re looking for a scary game to keep you awake at night, this should be the next game you play.