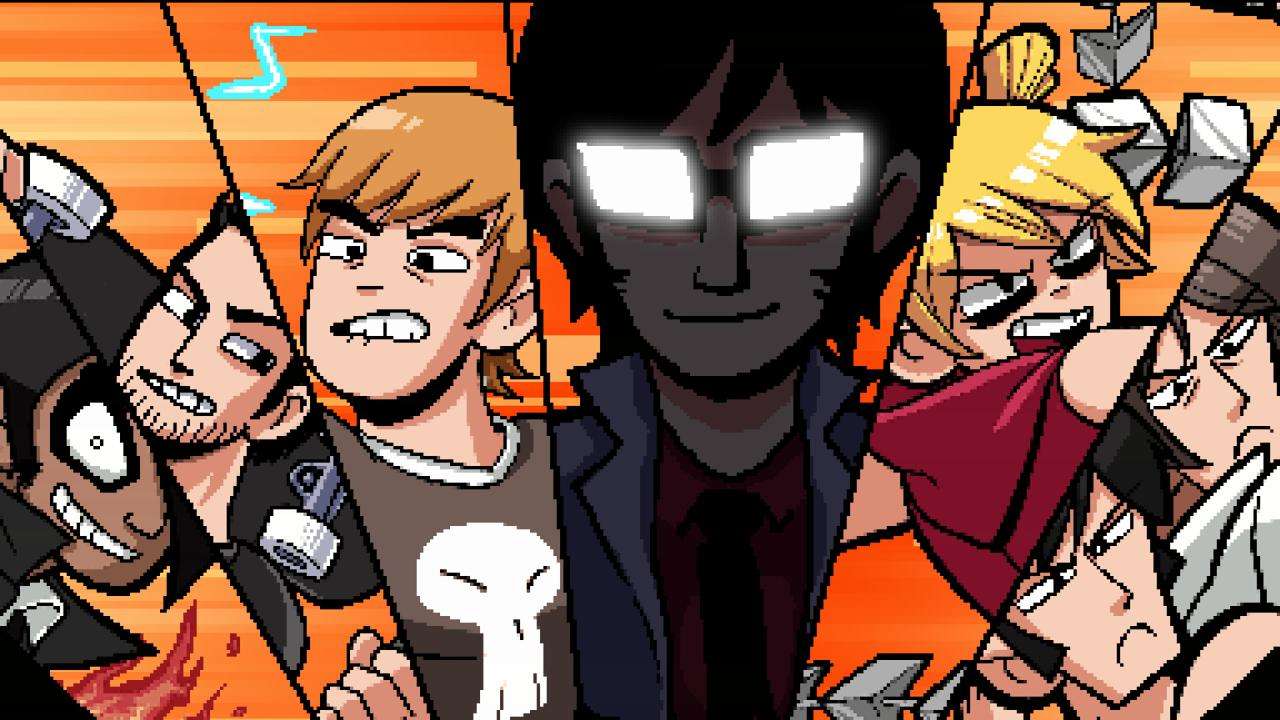 Scott Pilgrim vs. the World: The Game – Complete Edition Review

Scott Pilgrim vs the World: The Game – Complete Edition guides players through the events of the movie and graphic novel series, spread out across seven arcade-style levels. The story is pretty simple; Scott Pilgrim has fallen in love with a girl named Ramona Flowers, and in order to win her love, he must defeat her seven evil ex-boyfriends. In classic beat ’em up style, you and up to four friends can team up online or locally, smashing through dozens of baddies and fighting against fearsome bosses.

The storytelling is appropriately light, mostly told via in-game events with a handful of cutscenes. Luckily, the plot has never been the main draw to Scott Pilgrim, as the game’s best bits are the various homages and easter eggs to other retro gaming classics.

For players who are already familiar with the source material, Scott Pilgrim vs the World: The Game – Complete Edition offers a cute retelling of familiar events, packed with cutesy nostalgia and vibrant visuals. If you’re brand new to the Scott Pilgrim story, it’s easy enough to unpack and functions well as a fun playground for some throwback entertainment.

Scott Pilgrim is Beating Up Everyone

On your adventure to defeat Ramona’s seven evil exes, you’ll brawl through snowy suburbia, movie sets, packed concerts, house parties, and more. While the level design is fairly linear, it’s easy to stop and appreciate the abundance of animation and attention to detail. That’s a good thing too, because you might have to replay a few levels due to the surprising difficulty. Enemies hit hard, health items are hard to come by, and your offensive options are limited at first. Cooperative play is a tad bit easier than single-player, as players can revive each other when downed, but there’s still some significant challenge. As a beat ’em up game, Scott Pilgrim draws a lot of inspiration from titles like River City Ransom, combining button-mashing fighting with some light RPG mechanics.

There are four main playable characters to choose from, including Scott, Ramona, Kim, and Stephen, as well as two included DLC characters, Knives and Wallace. Each character has a slightly different list of moves, which are earned as you level up by defeating enemies and completing stages. Upon death, baddies drop cash which can be accumulated and spent at a variety of stores, allowing you to purchase health and utility items to boost your character’s stats. As you level up, you’ll also deal more damage and be able to take more hits, allowing you to put up a fair fight. This light but effective progression keeps the fighting from getting stale and gives you a reason to try out each character for at least a few levels.

Generally speaking, the combat in Scott Pilgrim feels tight and purposeful, occasionally to its detriment. In other classic beat ’em ups like Streets of Rage or TMNT IV: Turtles in Time, it’s easy to button-mash and come out on top. In Scott Pilgrim, you’ll have to make a dedicated effort to pick out certain enemies, utilizing both attack combos and various weapons to kill them quickly. The window for hitting enemies can feel tight at times, and I often had a habit of missing my punches due to my placement on the vertical plane. After beating a few levels and earning some new moves, this issue became less bothersome, but it’s a problem that popped up consistently. Otherwise, Scott Pilgrim provides a fun and satisfying romp through the pixelated streets of Canada, letting you take out your aggression on a wide assortment of wonderfully animated enemies.

The Bottom Line on Scott Pilgrim vs the World: The Game – Complete Edition

If you missed the Scott Pilgrim game the last time it was available, it’s definitely a worthwhile purchase. In addition to the highly replayable and nostalgic story mode, there’s a handful of extra modes to try out, including a boss rush, zombie-based horde battle, and more. I encountered a handful of new glitches during my online and solo playthroughs, but these didn’t make a huge impact on my enjoyment of the game.