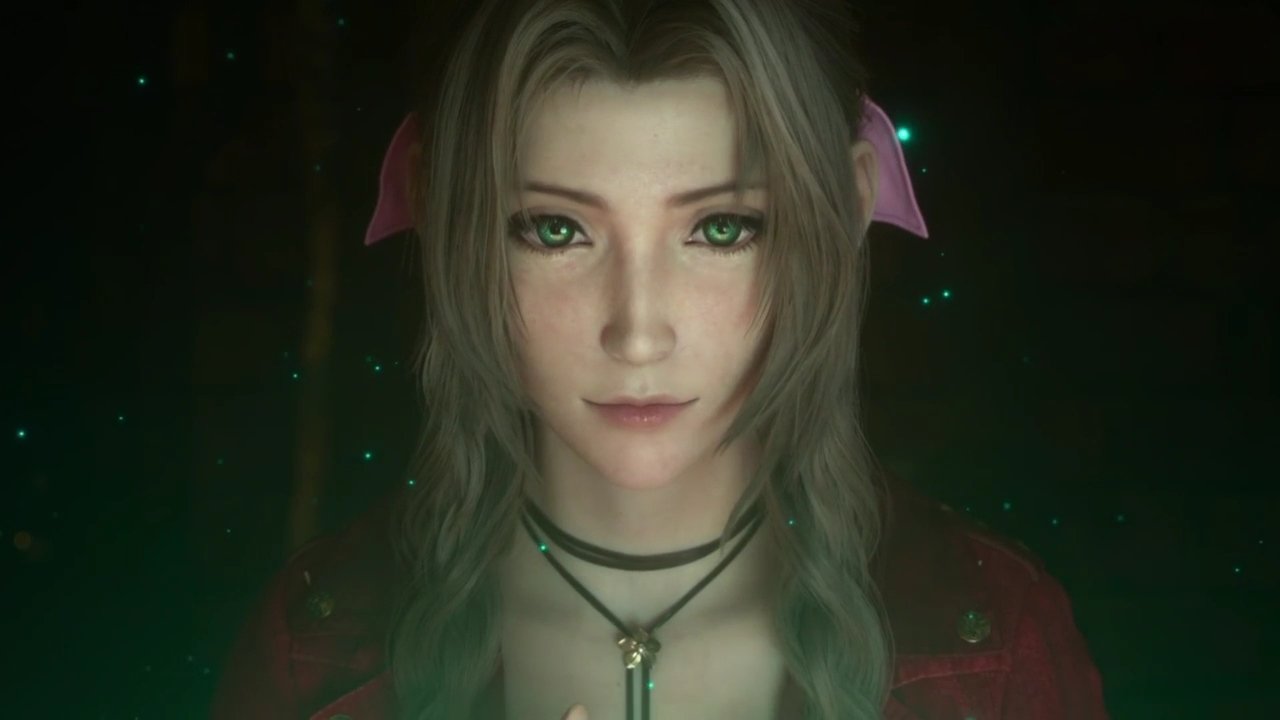 Everything Square Enix Announced at E3 2019

The highly anticipated remake of Final Fantasy VII got a few new trailers, as well as an in-depth look at the combat system. Up until this point, there wasn’t much information known about the remake, but the Square Enix E3 2019 press conference delivered plenty of news.

During the presentation, we got an extended look at some combat involving fan-favorite characters Cloud and Barret. The battle system in Final Fantasy VII Remake is much different than the original game. Instead of turn-based battles, you’ll engage in exciting real-time combat encounters. During these fights, you can slow down time and activate a variety of abilities as well as use items.

In addition to finally showing Tifa in action, the E3 2019 showing of Final Fantasy VII also revealed the game’s release date. The game is still set as an episodic release, with the expectation of two physical disc releases. The first disc will contain the first portion of the game, much like how the original game was a multi-disc experience. Franchise veterans and newcomers alike will be able to experience the epic story of Final Fantasy VII Remake when the first episode releases on March 3rd, 2020. Details on the second episode and its release were not shared.

Fans of the Nintendo Gamecube will most likely remember this charming and cute adventure, which originally released in 2003 in Japan. The game was widely regarded as a great Final Fantasy adventure, with memorable characters and an endearing story.

Back in July of 2018, Square Enix took a chance with a new RPG game, Octopath Traveler. Originally a Nintendo Switch exclusive, the turn-based game sees you controlling the life of eight unique adventurers. The game was well received due to its excellent visual style and interesting combat mechanics.

PC players can rejoice, as Octopath Traveler is now available for download on Steam. Prepare to dive into this lengthy and varied adventure that will occupy dozens of hours of your gaming time.

Unless you’re a die-hard JRPG fan, you might’ve missed The Last Remnant when it initially launched in 2008 as an Xbox 360 exclusive. Set in a fantasy world torn apart by warring factions, you played as a young man named Rush. The interesting use of symbols in the gameplay made The Last Remnant stand out, despite its lackluster release.

Now, The Last Remnant is getting a new release in the form of The Last Remnant Remastered, available now on the Nintendo Switch. JRPG fans can dig into this underrated gem as soon as they want, and unravel the mysteries surrounding the ancient artifacts known as Remnants.

There are tons of new features and gameplay mechanics in Dragon Quest Builders 2, the sequel to the crafting and town-building spin-off of the Dragon Quest RPG series. At the Square Enix E3 2019 press conference, we got to see tons of new information regarding the new ways we’ll explore and build in this sequel.

In addition to underwater exploration, tons of new crafting elements, and a fast travel system, Dragon Quest Builders 2 will have online cooperative play. Together, you’ll repel an evil cult that has oppressed your homeland, and fight back using the powers of creativity and crafting.

Every now and again, JRPGs can succumb to embarrassingly long titles. Such is the case for the new Definitive Edition of Dragon Quest XI: Echoes of an Elusive Age S. This new version of the game will include a new classic art style, as well as additional story content.

You can grab your copy of Dragon Quest XI: Echoes of an Elusive Age S Definitive Edition when it launches in Fall 2019 on the Nintendo Switch.

Role playing games aren’t the only thing that was shown at the Square Enix E3 2019 press conference, as we got a teaser trailer for the upcoming racing game, Circuit Superstars. Although not many details were shown in the trailer, we got to hear from the developers of the game, Original Fire Games. The indie studio shared their love for realistic recreations of real-world cars, but wanted to put their own spin on it.

The game is reminiscent of older arcade racing games, playing from a top-down perspective. Although you’re racing on tracks based on real-world locations with accurately recreated cars, the visual style will be quirky and cartoon-like. There’s no official release date, but we expect to see the game in 2020.

Listen to Final Fantasy Music on the Go!

This means that users will be able to pump themselves up at the gym with a classic battle theme, dive into the majesty of some of the greatest Final Fantasy overtures while relaxing, and generally envelope themselves in quality music and nostalgia. Even if you’re not a Final Fantasy fan, I highly suggest checking out some of the series’ music, as it is now streaming for free on a variety of services.

When Kingdom Hearts III launched earlier this year, we had a great time with the long-awaited sequel. Fans seemed to enjoy it as well, as the players quickly started begging for new narrative and gameplay content. Square Enix delivered a trailer for the first downloadable content for Kingdom Hearts III titled Kingdom Hearts III: Re:Mind.

The trailer contained a few glimpses of new gameplay features, including new keyblades, playable characters, and potentially new locations. The story seems to pick up after the end of the main Kingdom Hearts III story, so be sure you’ve completed the main narrative first! You have a bit of time though, as Kingdom Hearts III Re:Mind won’t be launching until this Winter.

Although it’s not technically a new announcement, Square Enix showed off an exciting trailer for the new Final Fantasy XIV expansion, Shadowbringers. Fans of this excellent MMORPG will be pleased to hear that Shadowbringers brings in a heaping pile of new content, including new character classes and playable areas.

The enormous expansion is sure to take countless hours to complete, providing endless entertainment for months to come. You won’t have to wait long either, as Final Fantasy XIV: Shadowbringers releases on July 2nd, 2019.

Following the Final Fantasy XIV trailer, Square Enix announced the official Eastern localization of two great JRPGs from the SaGa franchise. Players can enjoy a stellar remake of Romancing SaGa 3, which was originally released on the Super Famicom in 1995. There’s no release date for this remake yet, but it will be coming out on most major platforms in the near future.

One of the more modern SaGa titles, SaGa Scarlet Grace. This lesser-known sequel in the SaGa franchise was first released on the Playstation Vita handheld in 2016, but now you can experience the game on Nintendo Switch, PC, PS4, and mobile devices when it releases soon.

There was no actual gameplay shown in the debut trailer for War of the Visions, but we learned a bit about the setting and narrative. The game takes place in the same fantasy world as Final Fantasy Brave Exvius, set during the conflict known as the War of Visions. Several kingdoms fight for dominance in this dangerous world, with various factions containing key characters and abilities. There’s no official release date, and we might not see War of the Visions for some time.

From the developers of Bulletstorm and Gears of War: Judgment comes a brand new shooter experience, titled Outriders. No gameplay was shown, but it has been explained as a dark and serious sci-fi shooter that can be played either solo or with a group of three friends.

Developer People Can Fly are well known for their eccentric gunplay and interesting world-building, so I’m sure Outriders will be an interesting experience when it launches sometime in Summer 2020.

The developers of the cult hit I Am Setsuna revealed their latest game at the Square Enix E3 2019 press conference, and it’s looking pretty cool. Using your powers as an inter-dimensional traveler, you’ll try to balance the forces of life and death. Oninaki has an interesting set up, some great visuals, and a familiar yet new gameplay style that is sure to excite.

Along with the new trailer, Square Enix revealed the official release date for Oninaki; August 22nd, 2019. The game will be available on Nintendo Switch, PS4, and PC this summer.

If you thought the Final Fantasy announcements were over, you are sorely mistaken, as one of the biggest Final Fantasy reveals was held until the end portion of the presentation. Square Enix showed some love for their other Playstation classic, Final Fantasy VIII by announcing a new remaster for the beloved game.

Fans can experience the tale of Squall later this year when Final Fantasy VIII Remastered launches on Nintendo Switch, PS4, Xbox One, and PC.

Square Enix kicked off their E3 2019 press conference with one of their biggest and most anticipated games of the past few years, and they closed their conference out in the same fashion. Gamers and superhero fans alike have been waiting eagerly for any information regarding the anticipated Avengers video game, and E3 2019 is where we got our first big chunk.

Like the Playstation 4 exclusive Marvel’s Spider-Man, Marvel’s Avengers is a game that is not based on the Marvel Cinematic Universe version of characters. You’ll still get to play as the Hulk, Iron Man, Thor, Black Widow, and Captain America, but they aren’t the characters you’ve come to know in recent Marvel movies. The story will also be a completely fresh take on the characters, but we’ll undoubtedly see some familiar faces along the way.

The action/adventure game will have online cooperative play, as well as continuous new content updates that are free of charge. Players can expect an exciting and cinematic adventure as their favorite superheroes when Marvel’s Avengers releases on May 15th, 2020.

That’s all that Square Enix had to show off at their E3 2019 press conference! The announcements were heavy with Final Fantasy, but there was plenty of variety to appease even the newest Square Enix fan. There’s still another press conference to come, as Nintendo will deliver their E3 Direct on Tuesday. Be sure to keep checking A 90s Kid for your E3 2019 coverage!