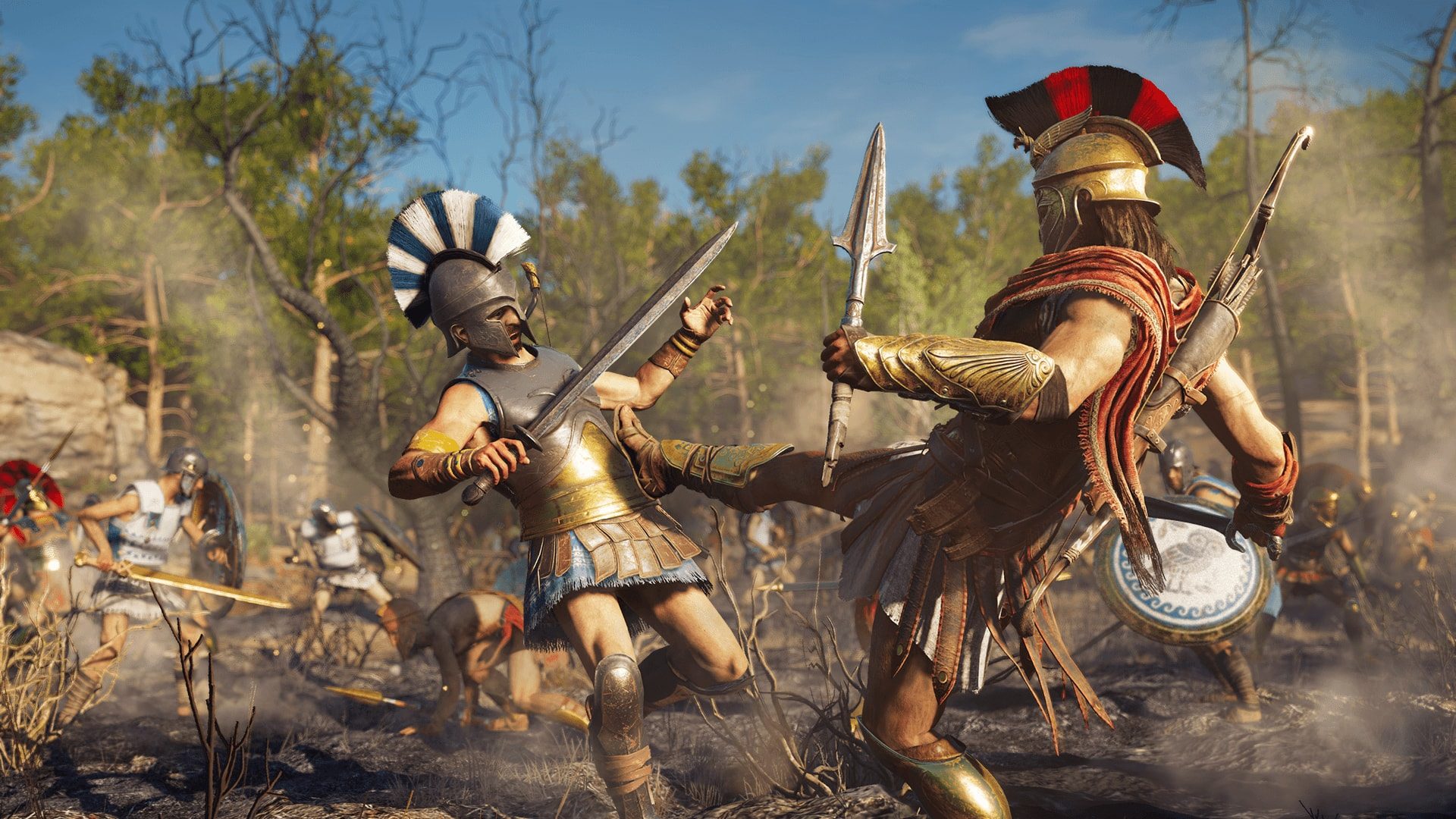 If you’re anything like me, you’ll still be recovering from the announcement trailer and gameplay demo for Assassin’s Creed: Odyssey which were released at Ubisoft’s E3 conference earlier this week. With a release date of October 5th later this fall, it’s not long until we’ll be parkouring our way around 5th century Greece. The conference showed off the setting of the game, along with several new features that have never been seen before in Assassin’s Creed. Now that we’ve seen pre-alpha gameplay, here’s 7 ways that Assassin’s Creed: Odyssey is changing up the series.

The most obvious change that Odyssey introduces to the series is the ability to choose between two characters, Alexios or Kassandra. According to Ubisoft, there is no changing between these characters after you choose who you want to play as, but the main story will remain mostly the same. Whoever you pick, your character will be a Spartan mercenary, descended from legendary Spartan king Leonidas. Although the story and side quests won’t be different depending on who you pick, the way certain characters react to Alexios and Kassandra will change. Based on this, we can assume that each character will have their own little dialogue quirks, and I would expect some comments about a female mercenary in the 5th century B.C. if you choose to play as Kassandra. The closest we’ve ever gotten to play as a female assassin (excluding Assassin’s Creed: Liberation and Assassin’s Creed Chronicles: China) is during AC: Syndicate as one half of the Frye twins, Evie. I am very excited for choosing who to play as and the opportunity to re-run the campaign a second time to see how different the characters are from one another. 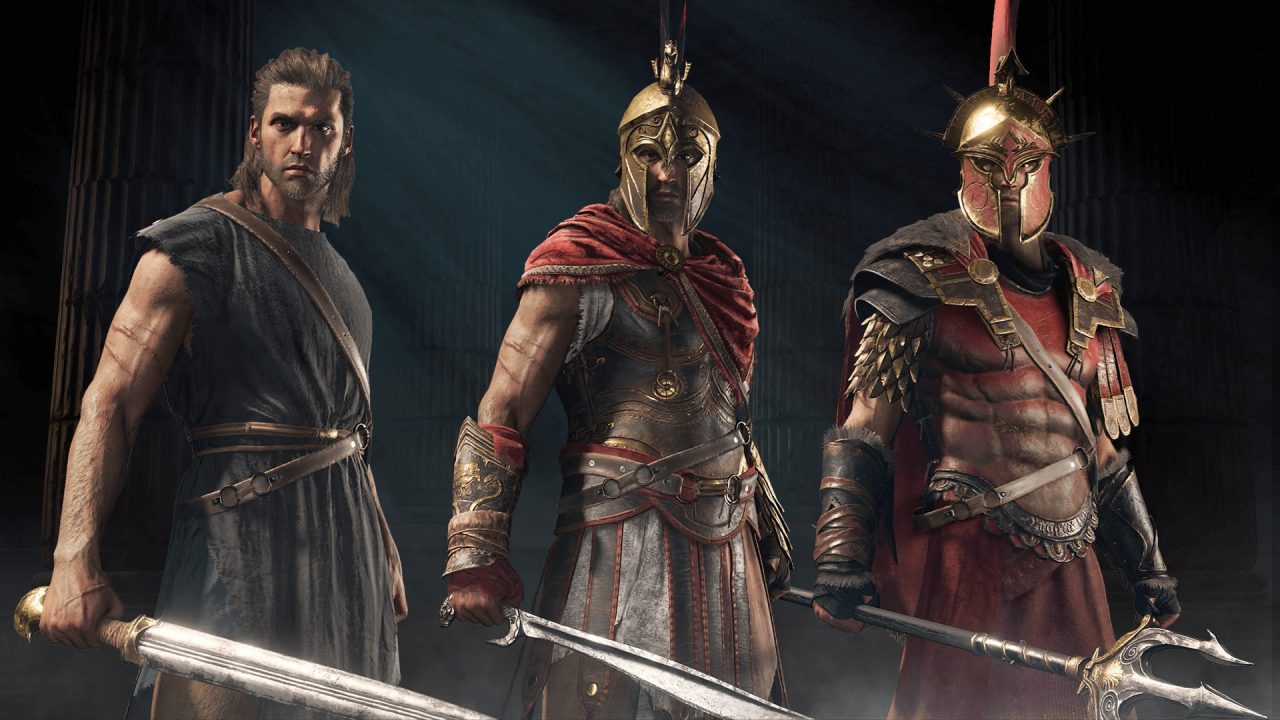 The second thing which separates Odyssey from the rest of the main games in the series is how early it is. Assassin’s Creed: Origins saw Bayek founding the first iteration of the creed in Egypt with Amunet, a game set in the 1st century B.C. Odyssey is set some 400 years before this in 431 B.C., so it would seem as though this will be the first game to not feature the creed at all. At this point, it’s all just speculation and theory, but it would be surprising if an early version of the assassin’s order didn’t make an appearance somehow. Since your main character can use eagle vision, with the help of your feathery companion Icharus, the genetic abilities of the assassins are still at play here. With the lack of the creed, it could mean that Odyssey will be focussing more on the first civilisation than ever before, especially since rumour has it that your modern-day storyline will follow a descendent of the first civilisation.

Speaking of no creed, it also seems as though there won’t be a hidden blade for the first time ever in Odyssey. Instead, Alexios or Kassandra will wield the legendary weapon Leonidas’ Spear. Based on the gameplay that was shown off at E3, it seems as though this spear can be used for a variety of purposes, including close combat, assassinations, and even ranged attacks. Since Origins didn’t show us the exact origin of the hidden blade, this new weapon could be an early iteration of the beloved weapon. I’m very curious to find out more, especially considering Ubisoft have taken very bold moves in removing the hidden blade and the Assassin Order from Odyssey. As long as there are synchronisation points we still have something from the earlier games to nostalgically hold on to at least.

The next change in the series is something I’ve been wanting for quite some time. Assassin’s Creed: Odyssey will feature dialogue options, giving the player some element of control over how Alexios or Kassandra react to situations. These dialogue choices include shaping your character and their relationships with others (more on that in a moment), allowing the player to choose between several different approaches. These options allow you to choose whether or not to lie to other characters, whether or not you want to be kind, or rude to them, and they also impact how you approach quests. This new addition will allow the player to feel even more in control of their character, something which is very important in RPGs.

Speaking of relationships, Assassin’s Creed: Odyssey will allow you to romance certain characters in the game. Through kind dialogue options, players will begin to see hearts next to certain choices, indicating the potential for a steamier conversation. It’s unclear how many characters will be able to be romanced, although I’m hoping not all of them. I’d rather not see footage of someone flirting with Sokrates. What we do know, however, is that it doesn’t matter who you choose as your protagonist, the same characters are available to romance, meaning there is an option for same-sex relationships. Considering the ancient Greeks had totally different perspectives on homosexuality, this is a really nice inclusion not only for developing the inclusivity of games in general but also for those fellow history buffs out there who will appreciate the detail to Greek society. Be careful who you go around flirting with though, as it has been heavily hinted that flirting or developing relationships with certain characters could land you in some trouble. 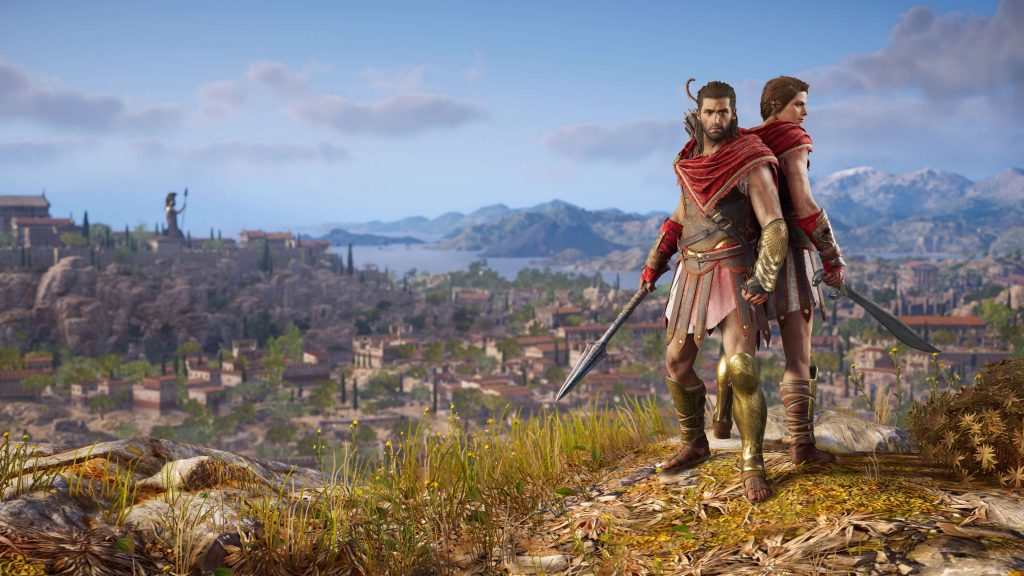 Following on from flirting with the whole town, your actions will have consequences in Odyssey. Whether that be from how you choose to tackle a quest, to your dialogue or romance options. I’m excited to see how these consequences will affect gameplay, but I’m glad to know that players still have to think about their choices and actions in the game before trying to aggro everyone. This is also another feature common in RPGs, so it looks like Odyssey might have some unique opportunities to compare how you play with your friends and see what options you may have blocked off with your actions. Certain quests also have more consequences than others, as when you have to face the leader of the city-state that you are liberating, the more groundwork you do beforehand the easier the fight will become. This is very similar to the gang fights in Syndicate but on a much larger scale. I’m interested to see if a character will fight with you if you annoy them, and similarly if you can recruit allies to fight for you through your actions.

The final major difference that Ubisoft revealed during their E3 conference was the new combat abilities. The fighting style looks very similar to that of Origins, including your charging meter. You can also still purchase abilities using skill points from levelling up like in Origins and Syndicate. What seems different, however, is the presence of a new quick menu which you can allocate certain special moves to. These include the infamous Spartan kick which can be used during the game once you unlock it. This is an intriguing inclusion, as it would seem to suggest less contextualised takedowns and gives the player more freedom in their combat style as well. This really fits the Dark Souls style fighting that was developed over the last few games. Combat won’t be just a matter of blocking and parrying and will feel more thrilling.

With all of these new additions, it seems as though the franchise is taking a dramatic step towards an open world RPG, but what this means for the future of Assassin’s Creed has yet to be seen. What do you think about these new changes to the franchise? With Assassin’s Creed becoming more like a traditional RPG, I’m excited to see how much Odyssey feels like an Assassin’s game, and how much it connects to the rest of the games in the series. Let us know what you think in the comments and watch this space for all things Assassin’s Creed: Odyssey in the coming months!