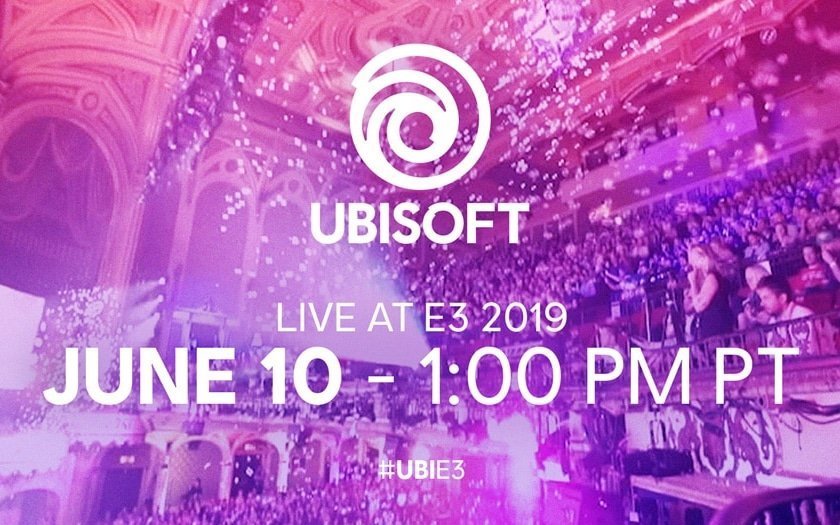 Ubisoft’s annual press conference at E3 kicked things off at 1pm Pt/4pm ET on the 10th of June, showcasing the flashiest releases it has to offer gamers for the coming year. The conference opened up with a sneak preview of Assassin’s Creed Symphony, clearly aware that the iconic franchise’s absence would be greatly felt this year. While there were no celebrity cameos with the same effect as Keanu Reeves, Ubisoft managed to pull off an entertaining conference. If you’re not a fan of Tom Clancy, then save yourself some time and read this rundown of all the announcements at Ubisoft’s 2019 conference. 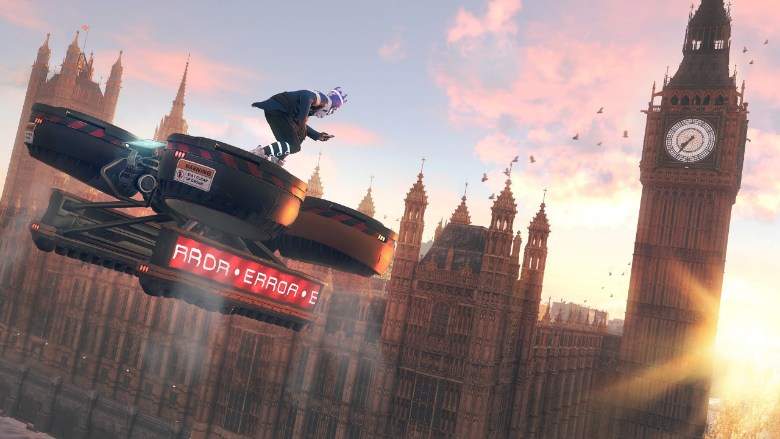 The first game to be announced was Watch Dogs: Legion, the sequel to Watch Dogs and Watch Dogs 2. Legion is set in a London, torn apart by a crime ravaged epidemic, with an absent government, and no one to stand up for the people to save for the resistance. The pre-beta gameplay initially followed a character called Ian as he tried to escape enemies through the streets of London. After Ian is gunned down at a check point, it is revealed that the whole point of Legion is that you don’t play as one character, you play as many as you want. Watch Dogs: Legion is based around the premise of recruiting Londoners to DedSec and utilising their skill sets in various missions. Every NPC is recruitable, and each has its own story, skill set, and animations. Want to recruit a gang full of hacking grannies? Well, this is the game for you! Legion will be released on Xbox, PS4, and PC on March 6th 2020. 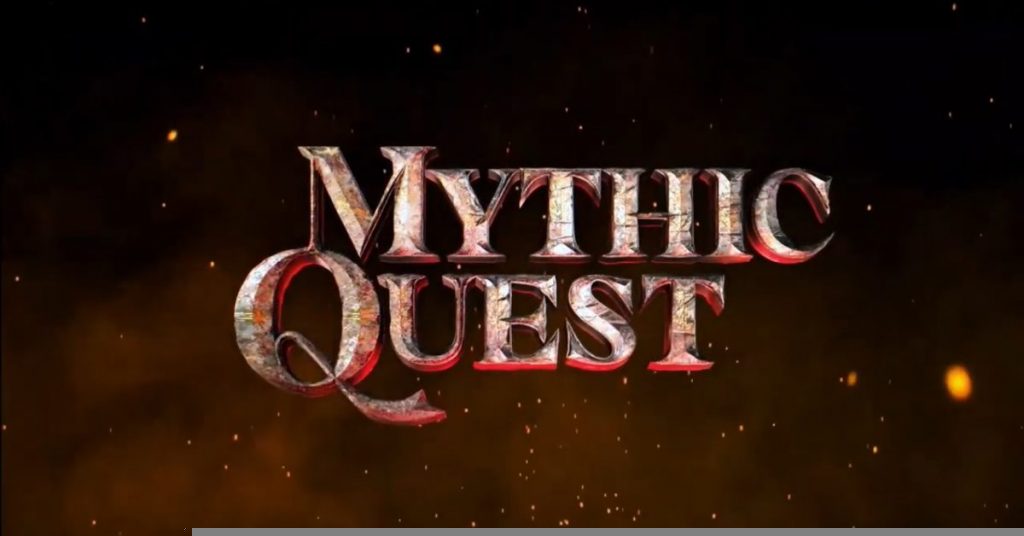 While not a game announcement, Ubisoft has announced that they’re partnering up with producers from It’s Always Sunny in Philadelphia and actor Rob McElhenney to make a mockumentary series about game development. Mythic Quest will follow the lives of a dev team working on the first expansion, Raven’s Banquet, for the world’s largest MMORPG. McElhenney will play Ian Grimm, the team’s Creative Director and resident narcissist and the rest of the dev team as they manage life working in a game development office environment. There is currently no release date as yet, but it will be releasing on Apple TV. 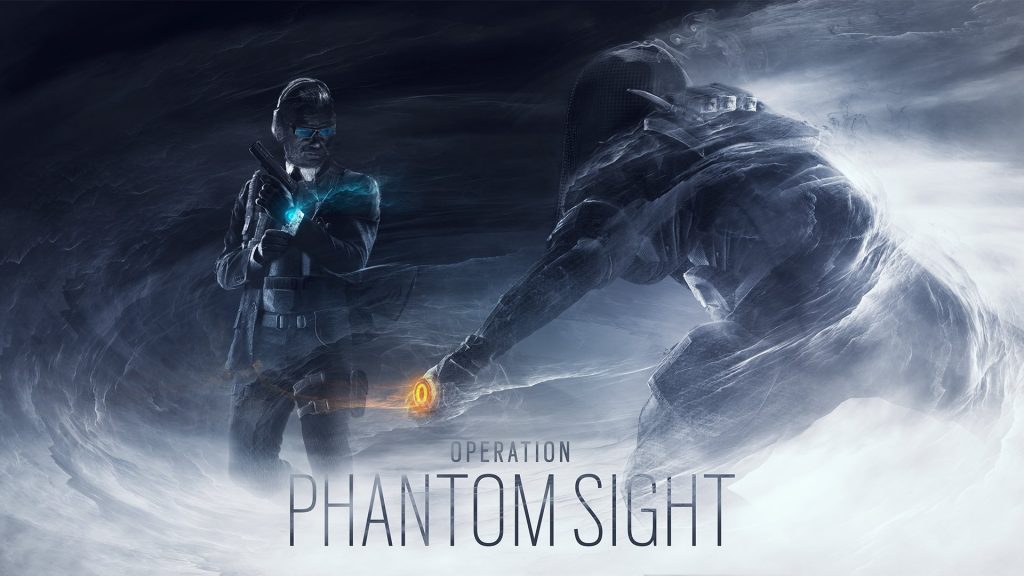 The first of many Tom Clancy announcements of the conference, Rainbow Six Siege: Operation Phantom Sight launches tomorrow as a free update to the game. It includes new operators, a map rework, ranked playlist updates, and whole new cosmetic updates. The shop front is also getting a redesign, making it easier to navigate than ever before. This update launches tomorrow. 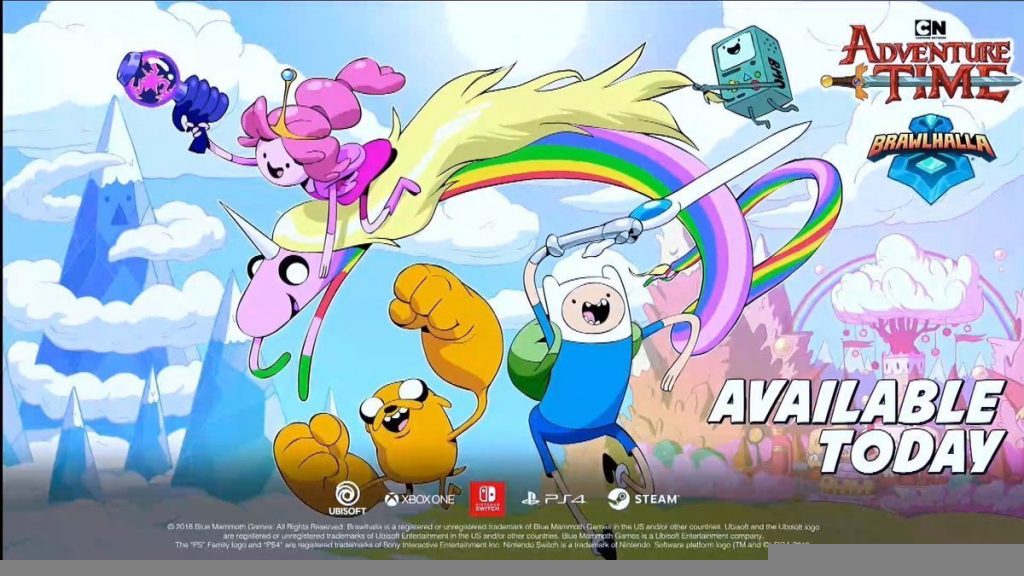 A new expansion for Brawlhalla is launching today for free with a new twist. Several beloved characters from the Adventure Time franchise will be coming to the brawl game, including Finn the Human, Princess Bubblegum, and Jake the Dog. There will also be a new fighting stage in addition to a new buddy system. You can play it free today online or locally with friends. 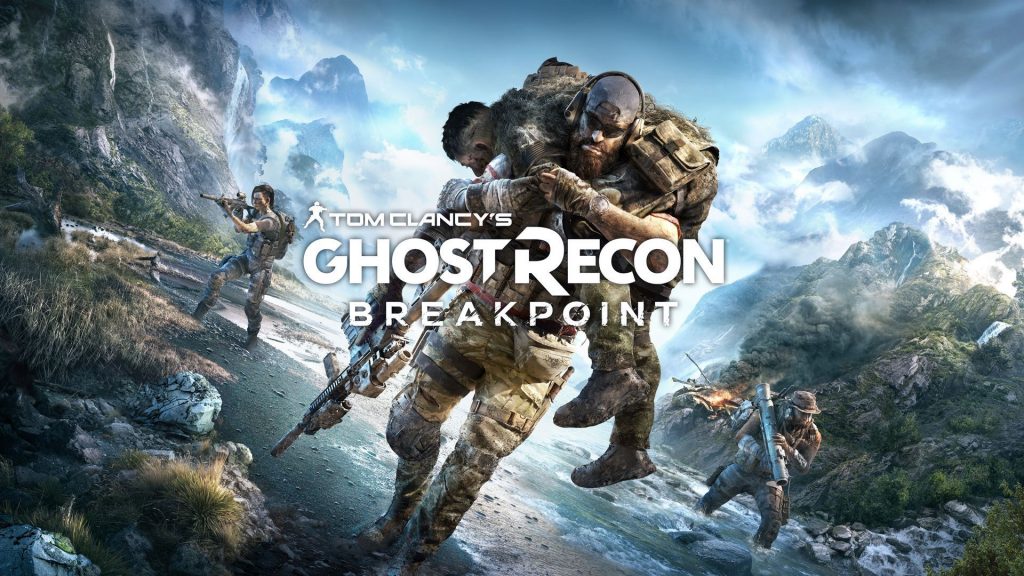 To return to the main theme of Ubisoft’s conference, Ubisoft announced a release date for Ghost Recon: Breakpoint by having Jon Bernthal come out on stage with a very sleepy dog. Post launch plans for the game include AI teammates for players who don’t want to play online, in addition to a community programme with 5 different detachments that will allow players to share their passions and Tom Clancy related interests with each other. Free content updates have already been promised, including a terminator teaser trailer. The beta for Ghost Recon launched on September 5th, with the full game releasing a month later. 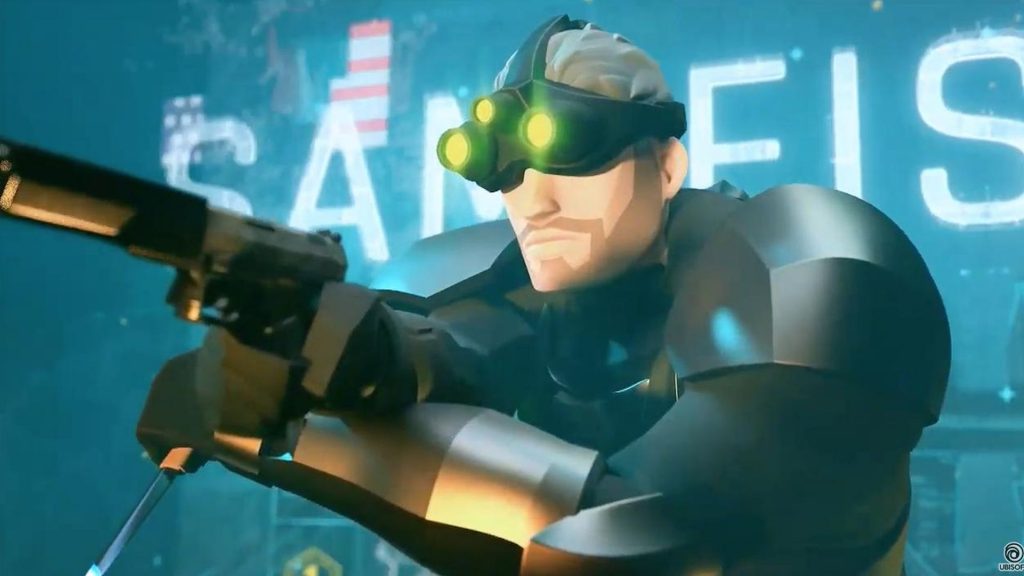 If you’ve not had enough Tom Clancy yet, don’t worry. A new mobile RPG game will launch themed around Tom Clancy games Rainbow Six Siege, Ghost Recon, and Splinter Cell. The game teaser looks like a more cartoonish version of familiar character designs and highlighted a cover system and different class types. No release date has been announced, but you can pre-register now. 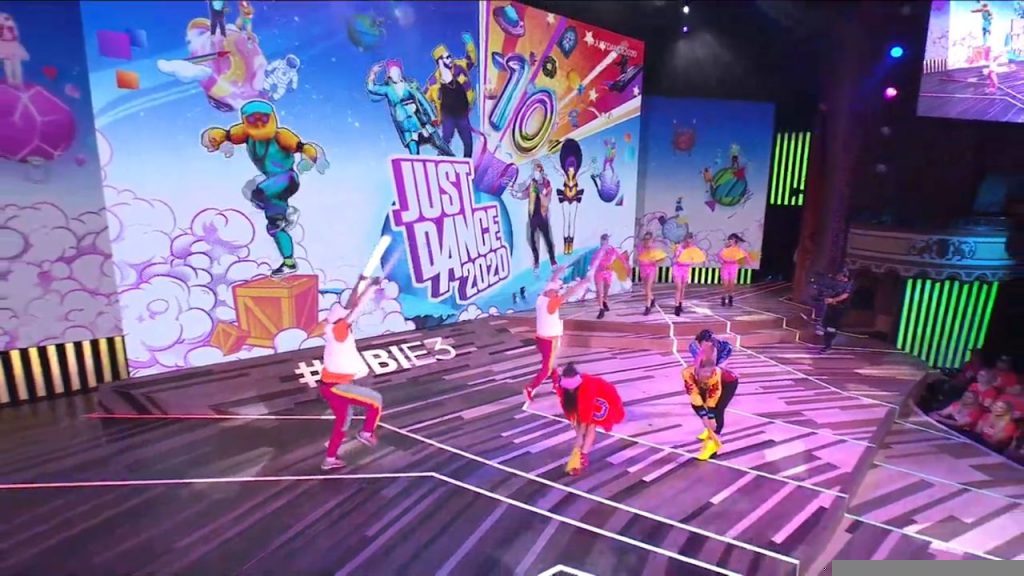 To announce the latest addition to the Just Dance franchise, a flash mob once again made their annual trip across the Ubisoft stage showing off what kinds of dance moves and music will be available in Just Dance 2020. The game releases this November on Nintendo Switch, PS4, Xbox One, Nintendo Wii, and Stadia. 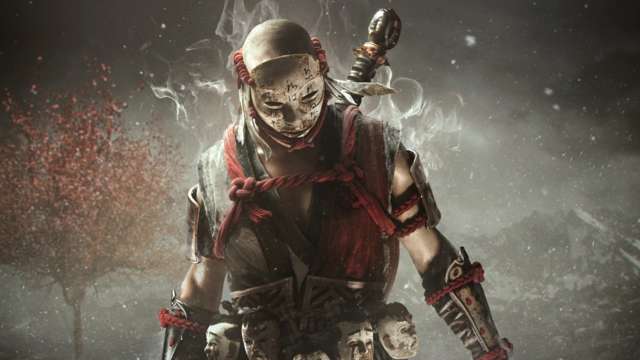 For Honor: Shadows of Hitokiri

A new limited time in-game experience for For Honor is launching today for a select time. A dark teaser trailer told the story of a samurai who is slaughtering a Rural Japanese village and is rumoured to be the spirit of death. The legendary Sakura controls hordes of enemies designed to challenge players. Shadows of the Hitokiri is available now until June 27th. 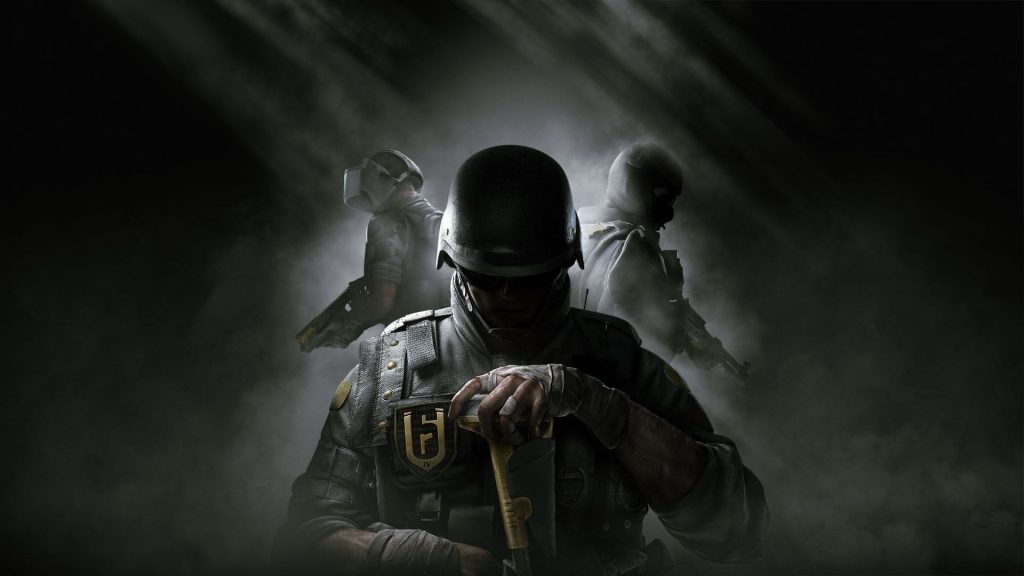 To continue with the Tom Clancy heavy conference, Rainbow Six: Quarantine was announced. A 3 player co-op experience based around stealth and survival tactics see players fight to navigate a mysteriously infected world. The trailer saw a character on the ground injured with an insidious infection spreading quickly up his forearm towards a bleeping watch, with shadows and suspiciously zombie-like noises all around. No release date yet, but you can register your interest now to be notified of any updates in the future. 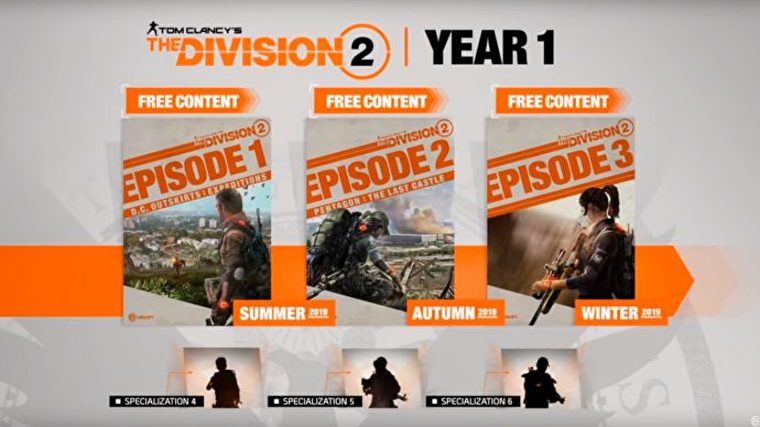 The penultimate Tom Clancy announcement highlights The Division 2 and its new free content updates. Episode 1 will be launching in July this year, coming with it all new missions and areas to explore outwith the city limits. Episode 2 will be coming out in fall this year, based on the Pentagon and the surrounding area. Episode 3 has not been given a release date yet, but we do know it features some pretty heavy apocalyptic attempts at destroying life and creating it all anew. The Division 2 is free to play from the 13th to the 16th of June this week. 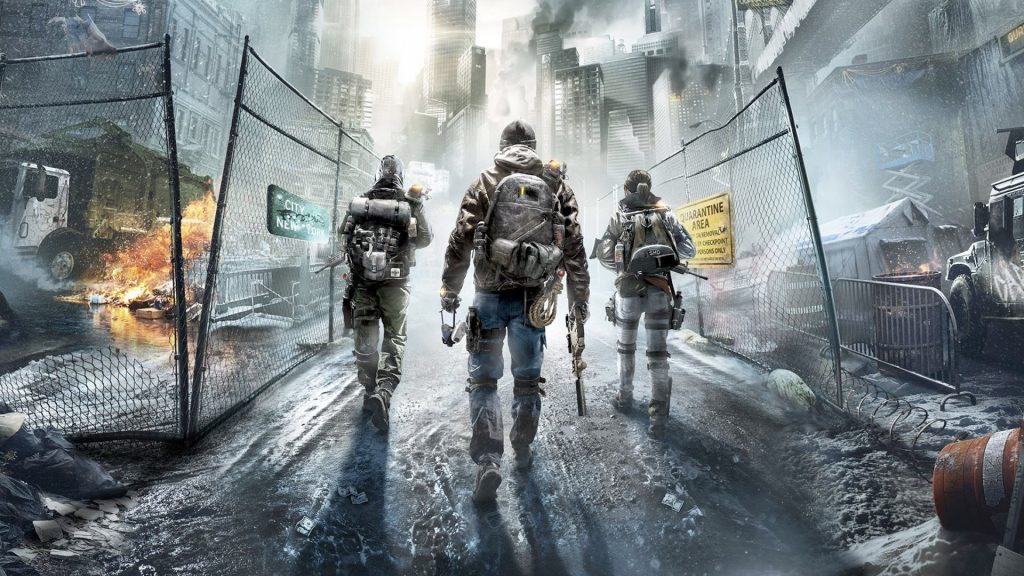 The final Tom Clancy announcement of E3 2019 is the brief reminder that The Division movie is in production after it was announced back in 2016. Jessica Chastain and Jake Gyllenhaal will be starting in the Netflix and Ubisoft film. There is still no release date, but we do know it will be coming to Netflix at some point. 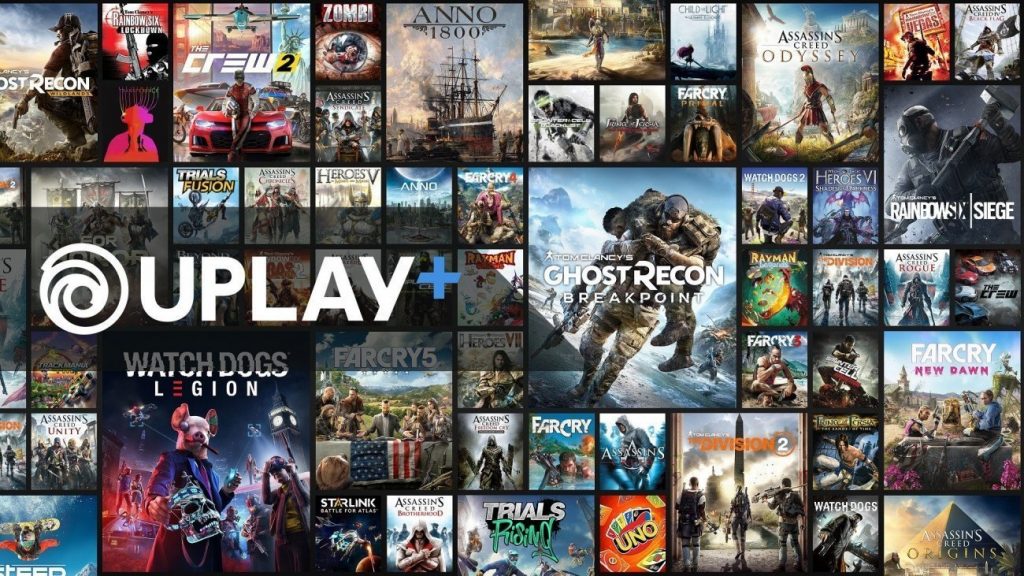 Uplay is taking a leaf out of Microsoft’s book and are starting their own game streaming service called Uplay+. This will launch in September this year for $14.99 a month for access to over 100 games. Players will be able to access new releases early, premium content, and a backlog of over 100 PC games from the Uplay store. To illustrate this, a video montage showing a taster of the games you will be able to download and play showed a mix of not yet released games, such as Watch Dogs: Legion, and some recent favourites, such as Assassin’s Creed: Origins. If you register now you’ll be able to get one month for free in September. 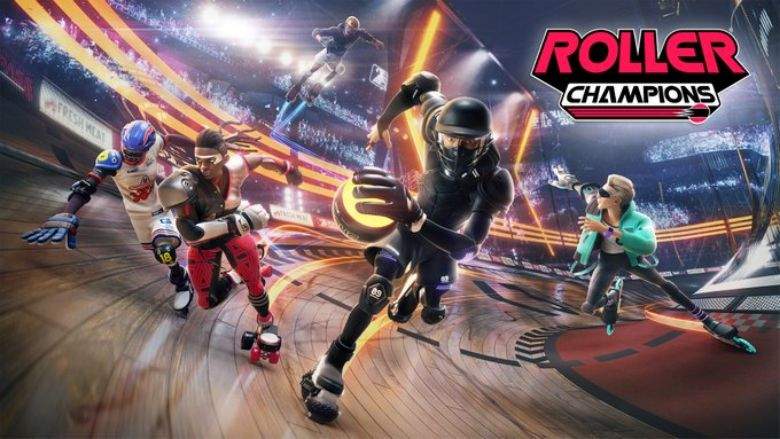 The penultimate announcement of the Ubisoft E3 2019 conference was Roller Champions, a Rocket League-like PVP sports game with people on roller blades playing basketball. The game boasts the fun of team play and competition along with the craziness of high speed racing. The E3 demo is out now on Uplay for PC for the next few days completely free. No release date was announced, or information about the game coming to consoles. 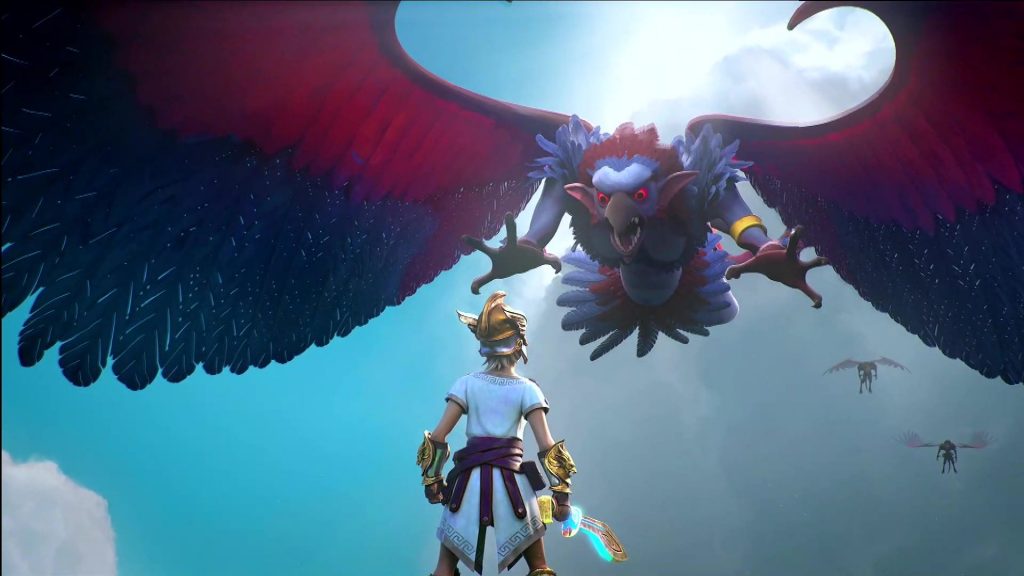 From the creators of Assassin’s Creed: Odyssey, Gods & Monsters is a beautiful RPG set in the world of mythological Greece. We only got to see a short cinematic trailer showing off the beautiful landscapes of Greece along with some monsters that your character (who look suspiciously like Kassandra) will presumably have to fight. While the art style is a bit more cartoonish than Odyssey, you can clearly see the game’s influence on Gods & Monsters. The game will release on February 25th 2020.

Well, that’s it for another year of Ubisoft releases. If you’re a fan of Tom Clancy then you’re spoilt for choice, since just under half of all the announcements were to do with his franchises. While there were no major leaks this year, Watch Dogs Legion’s rumoured setting of London turned out to be correct, so it looks like Ubisoft can’t seem to keep their announcements quiet for long. What game are you most looking forward to from Ubisoft? Let us know in the comments!