Based on Joe Kelly and Ken Niimura’s 2008 Image Comics graphic novel of the same name, I Kill Giants tells the story of a young girl named Barbara Thorson (Madison Wolfe) who struggles through a difficult life by escaping into a fantasy world populated by magic and monsters. With the help of her new friend Sophia (Sydney Wade) and her school counselor (Zoe Saldana), Barbara learns to face her fears and battle the giants that threaten her world. 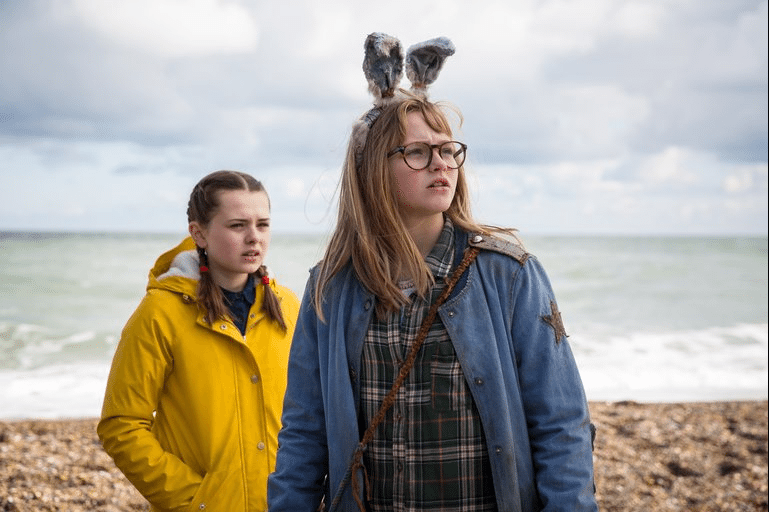 Spoiler alert: the giants are a metaphor. Probably. We’ll see.

I Kill Giants received strong reviews across the board when it premiered at the Toronto Film Festival.  Directed by Oscar-award winning filmmaker Anders Walker and written by Joe Kelly, I Kill Giants looks visually stunning – as movies based on comic books often do – although it differs somewhat from the original comic book illustrations. The CGI-designed giants look bloody fantastic, however, and are very similar to Niimura’s original design.

This isn’t so much a straightforward fantasy as it is an insight into the psychology of a traumatized kid with a difficult home life. Barbara might be the only person in her town who can see the monstrous giants threatening her home town. Or she’s suffering from delusions that drive her to hurt and push away the people she cares about the most. 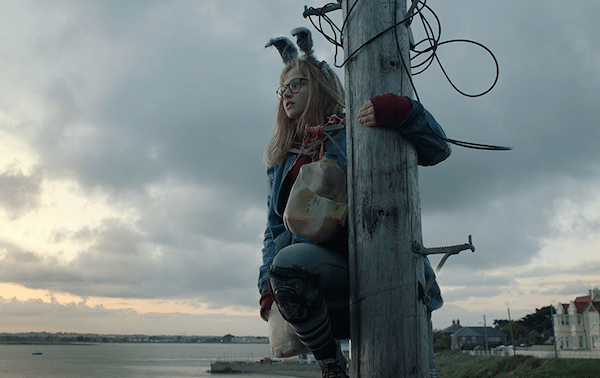 No one considers that she might actually be facing down real giants – because they don’t exist and so they must just be in her mind, a metaphor for the traumatic events of her life with which she can’t deal, focusing her anger on imaginary outside forces that she can tackle instead. But what if they are real? I Kill Giants tackles a number of interesting themes: the psychology of trauma, a young person’s capacity for imagination, and the dangers of dismissing people based on their age and our previously held beliefs.

Unreliable storytelling of this kind can either be extremely compelling or extremely frustrating. I Kill Giants looks as if it will lean towards the former with a healthy dose of intrigue and good old fashioned fantasy. As always, it’s nice to see a cast dominated with strong and talented women – and the fact that I get to say that so often these days is a wonderfully good sign.