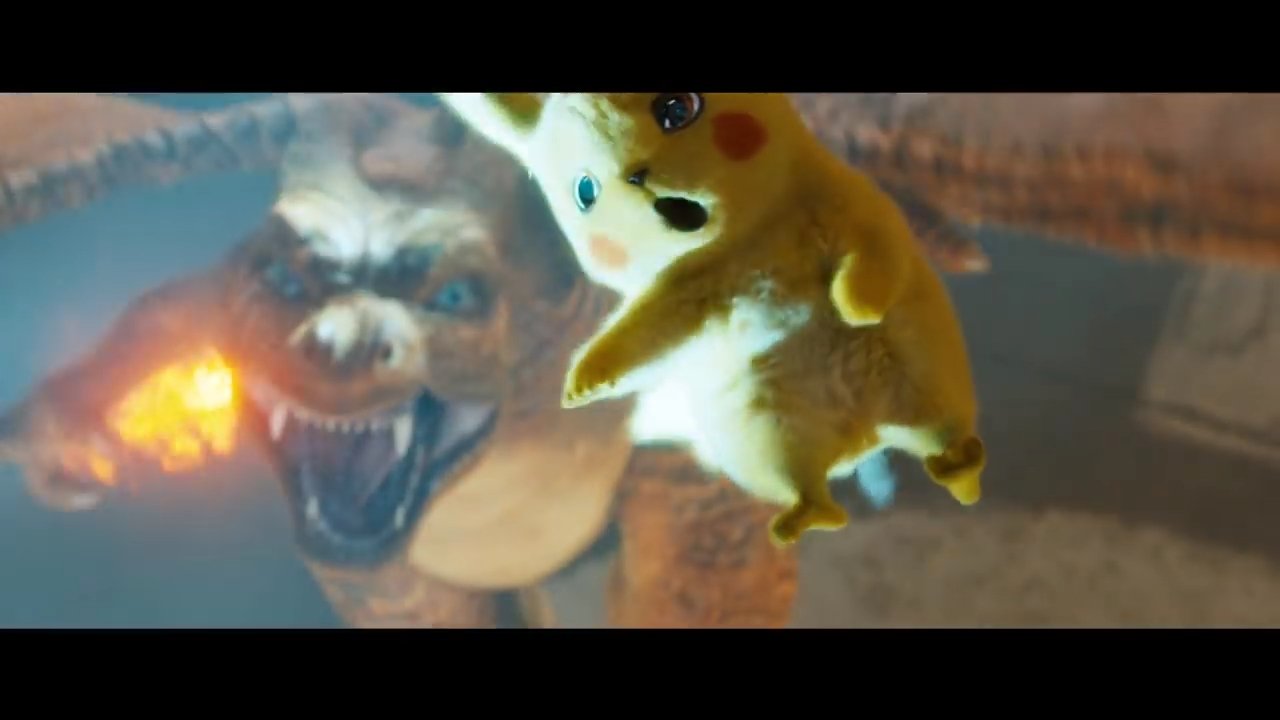 Pokemon Detective Pikachu is a film adaptation of the Nintendo 3DS game, Detective Pikachu. The movie introduces us to a vibrant and cheerful fantasy world, where friendly monster creatures co-exist with humans. The main plot focuses on Tim Goodman (Justice Smith), a young insurance agent who once dreamed of becoming a Pokemon trainer. Despite having a strained relationship with his father Harry, Tim heads to the bustling Ryme City when he hears of his father’s disappearance. There, he must uncover the mystery of his father’s disappearance, enlisting the help of a friendly Pokemon, Pikachu (voiced by Ryan Reynolds). Find out if this video game movie is actually worth your time with our definitive Pokemon Detective Pikachu review!

While Pokemon Detective Pikachu might have a slightly predictable story, it still manages to surprise with plot twists, consistently funny dialogue, and standout performances. This is good news for movie-goers who might not have a lot of exposure to the video game franchise on which Detective Pikachu is based. The main mystery is surprisingly engrossing, and the secondary character stories are emotionally effective. Whether or not your consider yourself a Pokemon fan, Pokemon Detective Pikachu is a thoroughly enjoyable and entertaining trip the theater.

For fans of the long-running Pokemon universe, this flick delivers all the above and more, providing an endless onslaught of nostalgia and imagination. Like the movie Ready Player One, Pokemon Detective Pikachu is jam-packed with creature cameos and “blink and you’ll miss it” Easter eggs. I had a lot of fun scanning various scenes, keeping a watchful eye for my favorite Pokemon. There’s a great variety to the Pokemon as well, ranging from long-time series staples to more modern additions. Generally speaking, Ryme City and all secondary locations feel full of life, busting at the seams with color and creativity.

Although the movie succeeds in world-building and character development, it truly shines in its action and comedy. The character of Pikachu is an obvious standout, propelled to great comedic heights by Ryan Reynold’s lively performance. Justice Smith also delivers a solid performance as Tim Goodman, only faltering in a few places. There’s a great dynamic between Tim and Pikachu, as they can both understand each other when speaking, a trait completely unusual for humans and Pokemon. As Tim struggles to accept this fact, Pikachu effortlessly delivers one-liners and goofy quips. It’s a funny relationship, and one that grows into a true friendship before the film wraps up. It’s disappointing then, that some of the human-to-human chemistry falls utterly flat. The love story sub-plot feels genuinely forced and awkward, distracting the overall story and tone. Likewise, some of the human antagonists are ineffective and cookie-cutter.

Luckily, the action and battle scenes more than make up for the narrative discrepancies. Since Pokemon permeate the world around our characters, it’s very common to see them interacting with humans and serving various purposes. Pokemon Detective Pikachu smartly uses some recognizable Pokemon abilities in inventive ways, like a pack of Squirtles extinguishing fires or a Jigglypuff moonlighting as a dive-bar singer.

This excellent display of Pokemon and their powers continues throughout the movie, especially as things get more heated and intense. There are a handful of action setpieces, which show our characters escaping danger, dealing with environmental hazards, and trying to survive the chaos unfolding around them. These sequences are shot very well, and I found myself consistently engaged with the action on-screen, never once worrying about shaky camera movements or quick cuts.

Things get even more exciting during the select few Pokemon battles displayed in the movie. Without ruining anything, these one-on-one Pokemon fights are thrilling displays of magnificent power, often accompanied by a cool reference to past Pokemon lore. Overall, I couldn’t help but smile and exclaim as the action unfolded.

Not only is Pokemon Detective Pikachu a fantastic and family-friendly movie, but it’s also easily one of the best video game adaptations to ever be released. The movie is packed with wonder and awe, and will surely ignite the imagination of its younger viewers. There’s more than enough risque comedy and suggestive quips from Pikachu to keep the older audience members laughing, and the emotional effectiveness of the story plays well for all viewers. Despite a few story missteps and some non-existent character chemistry, Pokemon Detective Pikachu emerges as an achievement in visual effects and adaptive work. It introduces us to a lovely world with many stories, and leaves enough room for a few follow-up films to come. Regardless of your past experience or nostalgia for the Pokemon universe, you should go see Pokemon Detective Pikachu. It strikes a great balance between comedy and action, with plenty of likable characters to boot. It seems like 2019 might be the year for Pokemon, and Pokemon Detective Pikachu kicks things off right.