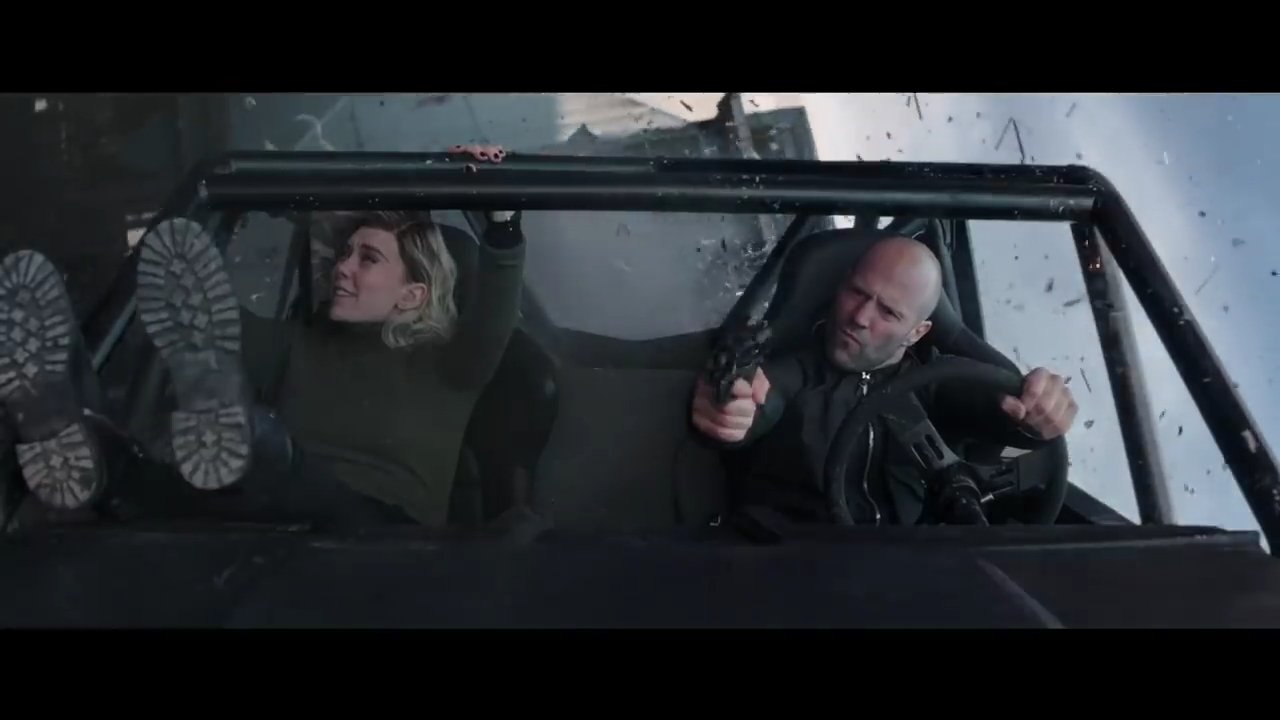 Fast & Furious Presents: Hobbs & Shaw is a spin-off of the massively popular action franchise, Fast & Furious. If you’ve ever heard of the franchise, images of fast cars, tons of gear shifts, and unbelievable stunts are probably filling your mind. Hobbs & Shaw is similar to the Fast & Furious movies in that way; there’s plenty of absolutely ridiculous action, with both intense vehicle chases and hard-hitting fight scenes. However, Hobbs & Shaw trades out the normal cast of characters for a team of fan-favorite side characters. As the gigantic cop Luke Hobbs (Dwayne Johnson) must team up with the cold and calculated Deckard Shaw (Jason Statham), tensions boil as the pair gear up to save the world.

Directed by David Leitch, Hobbs & Shaw is as ridiculous as action movies come. Adopting the “please suspend your disbelief entirely” motto of the Fast & Furious franchise, the movie tells a story that is ripe with plot conveniences, comic-book levels of realism, and utter absurdity. Luckily, that doesn’t weigh down the movie too much, as most of the fun comes from the great dynamic between the two lead characters.

Our story begins with Shaw’s sister Hattie (Vanessa Kirby), executing a mission for MI6. Sent to retrieve a deadly virus, Hattie and her team effortlessly overcome a group of terrorists. Unfortunately, the mission is interrupted by the cybernetically enhanced villain Brixton (Idris Elba). Powerful beyond all human limits, Brixton seeks the same virus that Hattie’s team was sent to secure. Running out of options, Hattie injects herself with the virus, becoming a human vessel for one of the world’s most deadly biological weapons. After being framed by Brixton, Hattie goes into hiding, and only her brother Shaw (along with unhappy teammate Hobbs) can find her.

Generally speaking, the plot is just as silly as it sounds. It’s larger than life in every way, built to support intense set-pieces and exciting sequences of action. Brixton is played incredibly well by Idris Elba, adding a true feeling of intimidation despite his G.I. Joe-calibur character development. Brixton is a wonderful counter-balance to both Hobbs and Shaw, and ends up being a remarkably effective villain. While the story lacks the more compelling aspects of the mainline Fast & Furious films, it makes up for it in other ways.

When I sat down to watch Hobbs & Shaw, I expected the crazy action, over-the-top violence, and general spectacle. However, I was not expecting the movie to be so damn funny. In addition to being absolutely ridiculous, the script of Hobbs & Shaw is very self-aware, often poking fun at pop culture and even other works by Dwayne Johnson and Jason Statham. The movie always treads the thin line between absurdity and camp, but the very honest humor makes everything feel a bit more grounded. There’s plenty of physical humor to chuckle at, but the best bits of comedy in Hobbs & Shaw are often delivered by the leads themselves. Hobbs and Shaw are in a seemingly endless battle to one-up each other, constantly talking trash and trying to prove their “alpha male” status. It’s very funny to watch, and I loved the chemistry between Johnson and Statham.

The effective comedy often acts as a great breather between the uproarious action sequences, which are packed with awesome shots of vehicular carnage and explosions. While it never strays too close to “Michael Bay” territory, Hobbs & Shaw is definitely about action first, where things get explosive for the sake of being explosive. For the most part, this works though. I had a great time watching the extensive action scenes, and despite some fast camera cuts, I was able to follow along easily enough. When all is said and done, if you’re able to detach yourself from the obviously impossible stunts where characters survive absolutely fatal falls and hits, you’ll probably have a great time with the flick.

Hobbs & Shaw is far from a perfect movie, and some viewers will probably pass it off as a stupid action movie with far too much machismo. In my opinion though, it’s essentially John Wick in a more ridiculous form. Especially during the summer, we like to go to the movies to be entertained. If anything, Hobbs & Shaw is definitely entertaining. Sure, the plot is a bit thin and characters are as silly as can be, but it all seems to work. At its worst, Hobbs & Shaw can feel a bit drawn out or too self-serious, but this is an issue I only noticed a handful of times.

If you’re a fan of Dwayne Johnson, Jason Statham, or the Fast & Furious movies, there’s a good chance you’ll enjoy Hobbs & Shaw. The humorous performances of Johnson and Statham are balanced well with the effectiveness of Idris Elba as the villain and Vanessa Kirby as an incredibly skillful criminal caught between two alpha males. It’s essentially two hours of crazy action, funny dialogue exchanges, and fight scenes. It might not have as many car chases as a normal Fast & Furious movie, but it keeps the spirit of the franchise alive through its wacky tone and characters. If you’re looking for a great popcorn movie that won’t make you think too hard, Hobbs & Shaw is a great choice for your next cinema outing.