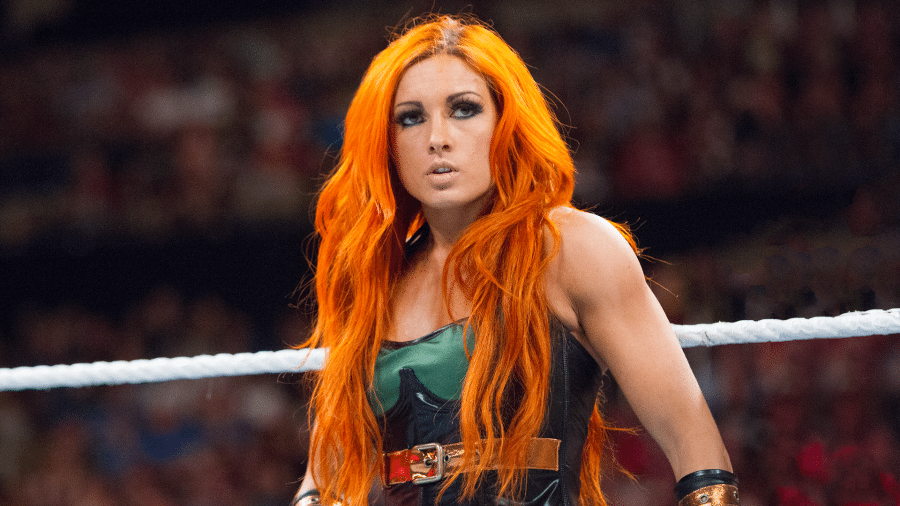 The new champs come out to a strong reaction.

They invite The New Day out for a face-to-face confrontation.

The Usos say compared to the five of them, the rest of the teams suck.

Xavier disagrees with ‘suck’ but says they are the best.

Usos talk about how nasty it was. So nasty.

Usos say their feud was clash of the titans, ali/frazier and the crowd cheers.

Usos say the crowd doesn’t see the aftermath and pain they’re in. And how the only others that would understand were The New Day.

They say the two teams belong here and run the division together.

New Day asks if they knocked a screw loose, and if they wanted a ‘truce oos’?

Usos say its about respect and they all go for a handshake….

Mojo says these two have hogged the matches. Usos tell him to sit on the sidelines like he did in the NFL.

Gable tell them to get to the back of the line.

Usos say Gable is smart to get a Shelton Benjamin but they can also go to the back of the line.

Before they can speak…

The Ascension come out

Breeze asks The Ascension to stop following them.

The Ascension are tired of being left in the wasteland.

Usos say all the teams are locked up in their penitentiary (except for Breezango since Xavier says they’re cool and The Usos like Fashion Files).

He says ‘tonight is not a good night for this’. He thanks them for their amazing match but asks them to please get out of the ring. The Usos do and say ” he said ‘please’ “. The crowd chant ‘No!’ to The Usos leaving.

Bryan looks rather heelish at this point, saying the crowd won’t like it.

He then books a fatal-four way for the no.1 contendership ‘right now’

Great energy and chemistry as the Smackdown tag division has been given huge credibility with The Usos, New Day, and Fandango’s memorable performances. Gable and Benjamin are unproven but talented, rounding out the division.

Ascension vs BenjaGable vs Fandango vs Hype Bros

These matches stretch the susension of disbelief. Why would you tag in anyone but your own partner? I suppose if you were in trouble you’d tag the nearest hand, but you aren’t going to win with both partners on the apron watching.

Benjamin gets a big pop when he tags in, he then smartly tags in his partner. Gable impresses with technical and athletic offense.

The Ascension pull off a great double team where little irish-whips big into the corner for a clothesline that sends the opponent to the middle for a loud rising knee courtesy of little. The crowd applaud. The Ascension have been ignored for months and it seems they have the potential to excite audiences. I think ditching the wannabe LoD gimmick is top priority.

After Rawley goes for a pin we get the second instance of every other wrestler sliding in for the break.

An Ascender pushes Ryder off the top rope to hit Rawley which causes an arguement. Breeze capitalizes and almost gets the win for a big cheer.

Gable and Jordan clean house and almost hit their finisher but Fandango saves the day, setting up for a top rope leg drop that misses.

Gable hits a moonsault and then him and Benjamin set Breeze up for their finisher. Breeze tries to moonsault out of the powerbomb setup but can’t avoid it.

A bit clustery, but the second half was a fun spot-fest with creative moments. Impressive that WWE can pull off a deep tag division on Smackdown while filling two separate rosters.

Interviewer (Dasha I think?) wants to interview Zayn and Owens after Sami’s heel turn but she informs us that the Canadians are making us wait.

Lana joins and says it’ll be better on Tamina.

Carmella shows her briefcase and how her fantasies are more real than others.

Natty says they can agree that they all deserve it more than Charlotte.

Natty asks if Charlotte’s sad because she broker her pathetic father’s heart again?

Charlotte immediately attacks her like a badass. She understands that faces can still be tough, they just need to direct their bad-assery towards the heels, instead of smiling like idiots.

Corbin wants to rub the belt in the face of keyboard warriors (they would enjoy that). He’s facing Styles tonight.

Lynch is fired up to pound Carmella and looks strong doing so. Carmella gets a nice shot through Ellsworth’s legs on the outside but it’s mostly Lynch in this one. She wins shortly after.

Becky is talented and the crowd loves her. She’s taken a backseat for quite awhile and I’d love to see her take a run at the title, perhaps teasing a heel turn due to frustration of losing but she’s too good a face and they need her in that role.

Owens says he sent Shane to Hell. That he is gone and never coming back.

He goes into an interesting promo about seeing the white light and going to the pearly gates (trying to cut ahead of the line of course).

He introduces his best friend and guardian angel. KO should be Champion.

Zayn still has the hyped up music and entrance but is wearing more black, no hat and has a looser swagger.

The crowd boos Zayn lightly. He’s not Reigns yet.

KO wants Zayn to tell the crowd that Owens had nothing to do with it. He also thanks him from the bottom of this heart.

Zayn says KO powerbombing him onto the apron a few weeks ago opened his eyes.

He says he was trying to please everyone but it only brought him mediocrity while he watched KO win every title using shortcuts.

Zayn said Shane promised him that Smackdown would give him opportunities and respect, but that was the last meeting he ever had with Shane.

Zayn originally wanted Shane to beat KO. He said after Shane knocked KO off the cell onto the table, he had the match won. But Zayn didn’t like how Shane climbed back to the top since Shane had become a psycho that didn’t care about winning and could have ended KO’s career.

Zayn calls KO his brother and thanks him. They hug, getting half boos and cheers. Zayn’s music plays. They take turns holding each other’s hands and screaming their names.

Zayn missed a spot to accuse Shane of only caring about stunts and his own career rather than the more generic ‘wanting to hurt or kill KO’. It’s realistic to think Shane wouldn’t want that brought up but Owen’s much more intense promo on Shane a few weeks back touched on many of those personal points.

Zayn and KO teaming could be similar to the Festival of Friendship he had with Jericho which is good and bad. Zayn isn’t as funny as Jericho and we’ve already been down this road. If they can find their own shtick or focus more on action than talking, it could be a grand thing. I’m glad Zayn has something to do and it makes sense for his character to be frustrated with his lack of progress.

Orton and Nakamura vs English and Rusev

Quick match. English distracts to give Rusev the advantage. They beat on him for a time until Nakamura gets the hot tag. Orton gets an RKO in the ensuing chaos and Naka Kinshasas English for the win.

Rusev is great but I’ve lost hope they’ll do anything with him. At least Orton seems to like working with him as he sells convincingly and puts more effort than usual. English and Nakamura were fun to watch in the tag format. Nakamura’s strikes are suitable for hot-tagging and English kept up with the big boys.

Roode says his win was glorious.

Zigglers music record scratches to a halt and he comes out to no music again.

Ziggler claims Roode cheated to win and he wants a rematch.

Roode seems to get lost in his promo after stumbling over his words. They cover somewhat but the segment is very flat.

Roode challenges Ziggler to a match here. Ziggler walks to the ring but denies the match.

Corbin seemed to be in the middle of a punishment awhile back but that is clearly over. WWE obviously cares about him enough to retool his theme music constantly and use Styles to help build him up.

Corbin won the belt in a three-way at HiaC. This seemed to be a way to have Styles lose without getting pinned, but that didn’t seem to be a problem tonight.

They had an above-average match (it’s AJ of course they did). Corbin hit a nasty looking powerslam on the outside as Styles ran towards him off the apron. Styles landed sideways and it looked quite painful. That was enough setup for Corbin to hit his finisher once and retain the belt cleanly.

A shocker as Corbin wins clean after a fairly standard match. Corbin is best when he goes after the hardcore fans, calling them keyboard warriors and referencing indie wrestling etc. Hopefully this is a way for Styles to go after something bigger rather than get stuck below Corbin on the card.

The Usos and Owens were stars tonight. Zayn is unproven but has a ton of potential if they can step from the shadows of Jericho and Owens previous work. The final match was solid but the Corbin win felt too easy based on his character’s work and status in the past few months. Charlotte and Becky showed great intensity but are kept too much on the sidelines, would love to see them clash.

An entertaining but inconsistent show.