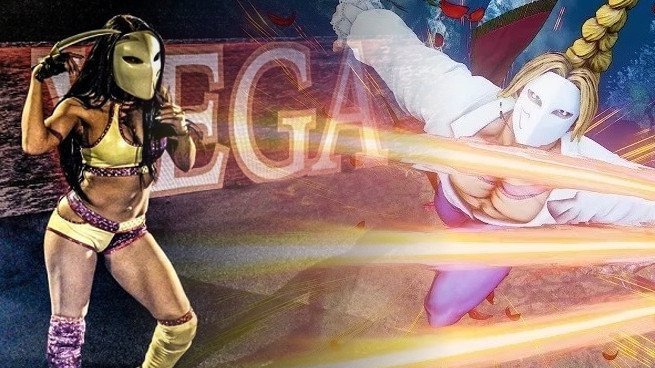 WWE’s Royal Rumble took an interesting turn last night when Zelina Vega decided to make her debut dressed as Street Fighter‘s Vega. She entered the arena wearing Vega’s trademark mask, and she even had a set of claws on her right hand. The getup was incredible, but unfortunately, Vega didn’t get to enjoy the spotlight for very long.

In Street Fighter, fans love to annoy their opponents by playing cat-and-mouse. With Vega it’s easy to stay away from the fighting because you can climb objects and bounce off of walls. Stay airborne makes you harder to hit, and apparently Zelina Vega also planned to stay out of the fray by sneaking underneath the ring.

Unfortunately for Vega, Hornswoggle was already under the ring and chased her out. She made a less-than-stellar exit from the arena, but we still love her to death for putting together that excellent cosplay. She could have won the rumble if she kept the claws on, but we’ll let her save those for her UFC debut in a few years.

One of the reasons we love Vega so much is because she’s proud to show off her nerdy side. At the Mortal Kombat 11 premiere event, Vega made headlines by showing up dressed as Jade. Earlier this month she was being shared across Instagram wearing a Team Rocket uniform. She’s also pulled off an incredible Cat Woman cosplay. This woman loves to celebrate the industry’s female badasses, and we love to watch!