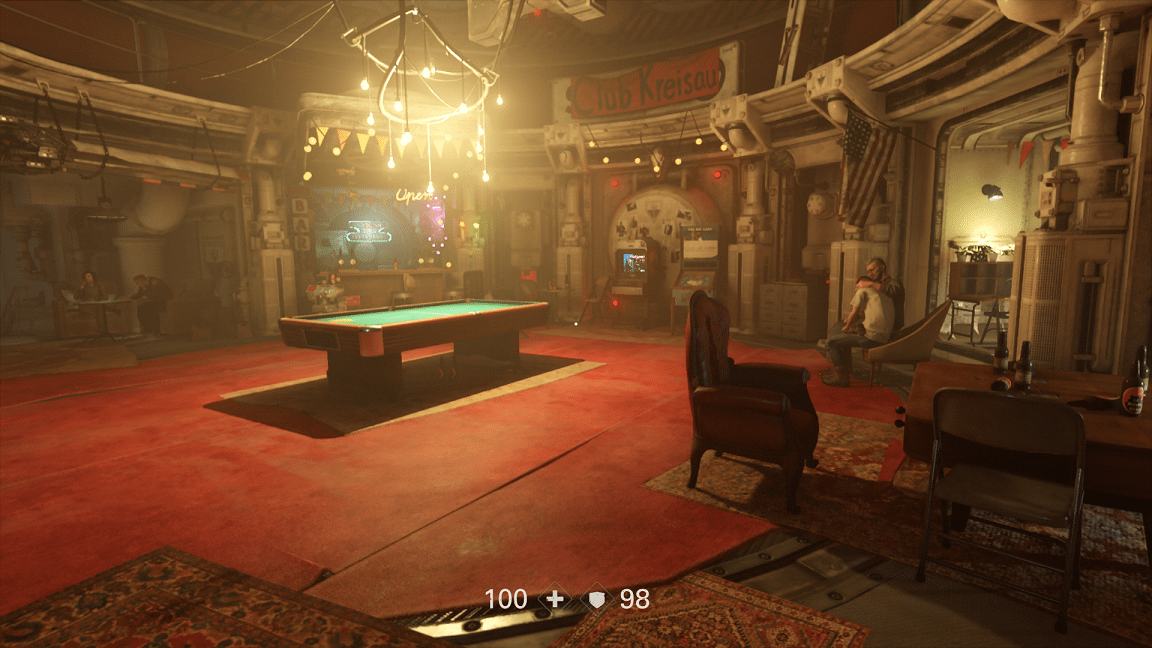 Wolfenstein II Has an Excellent Easter Egg for Franchise Veterans 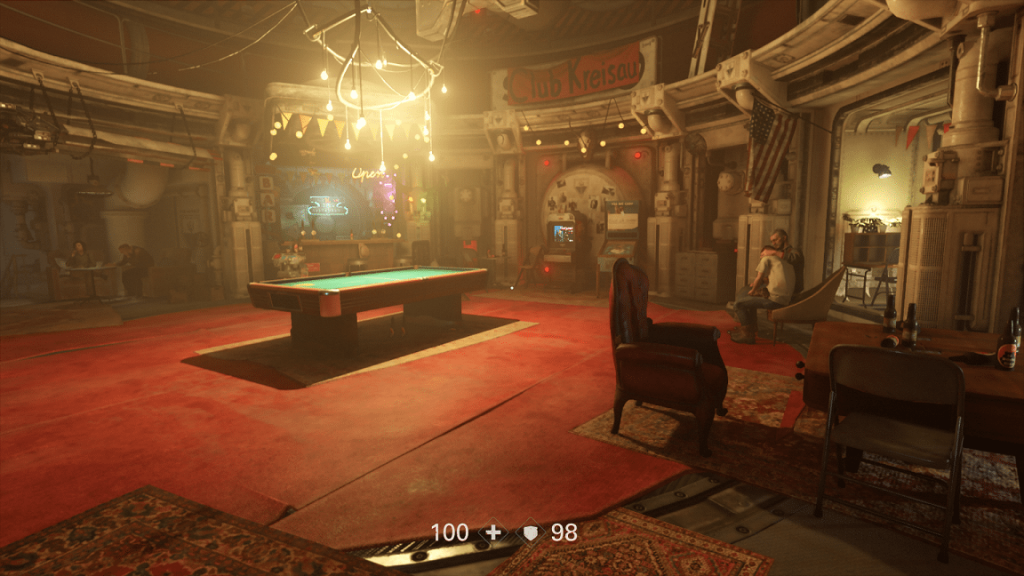 A decent way into the main story, you’ll finally unlock unlimited access to the many rooms of your base.  Directly after the mission where you celebrate BJ’s birthday, you’ll awaken in Club Kreisau.  This brightly lit makeshift bar plays host to wild drinking and well earned leisure, and it’s not just characters that you’ll be interacting with.

If you approach the arcade cabinets underneath the big Club Kreisau banner, you’ll see a broken pinball machine and a game called Wolfstone 3D.  If you approach the cabinet and hit the use button, you’ll not only unlock the “Retro” achievement, but also gain access to the full original Wolfenstein 3D. 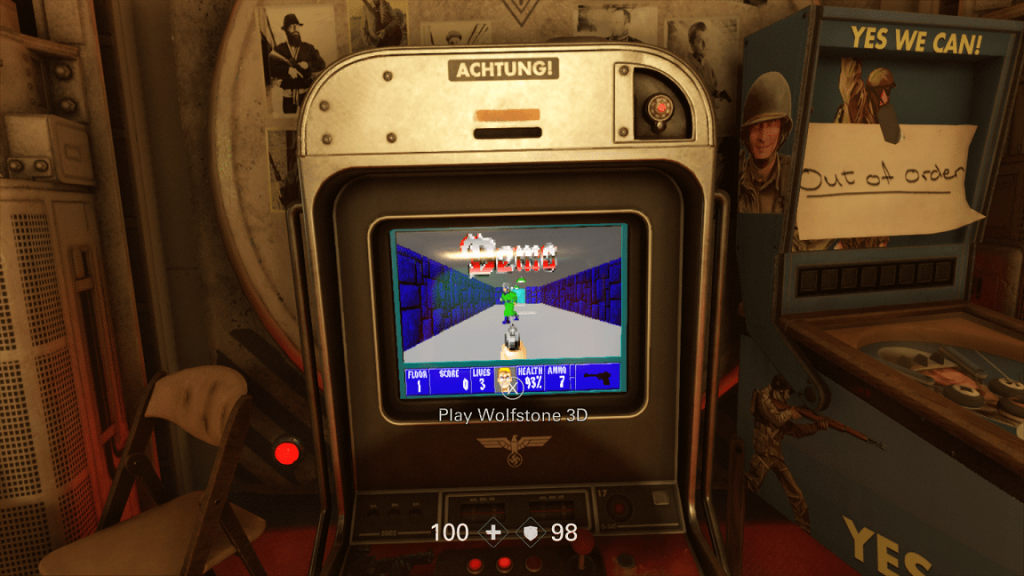 A Brief History of My Wolfenstein Experience

I’m a huge sucker for retro games tucked into new releases, and that goes doubly for Wolfenstein 3D.  The 1992 FPS classic was actually my first video game ever, spurred on by my father’s involvement in creating the first expansion pack distributed on networked bulletin boards (pre-internet era).  As I sat on his knee, I would smash the Shift key on his keyboard, shooting nazis with glee.  For the longest time, I knew Wolfenstein 3D as “shoot the guys”, only later realizing in life that my first video game was far different from the norm.

I quite enjoyed Wolfenstein 3D as a kid, and not just because of the violence and guns.  Something about navigating a 3D space was entrancing for me; an experience that I continued to enjoy in games like DOOM and Duke Nukem 3D.  It’s easy to understand why I hold Wolfenstein 3D is such high regard; it introduced me to the industry I love so much today.

Since I’ve played Wolfenstein 3D countless times, it was immediately aware to me that the Wolfstone 3D cabinet in Wolfenstein 2 is a full recreation of the original game.  Except this time, the tables have turned.  As BJ approaches the machine, he mutters “these graphics are good.  It’s almost like I’m in the game.” 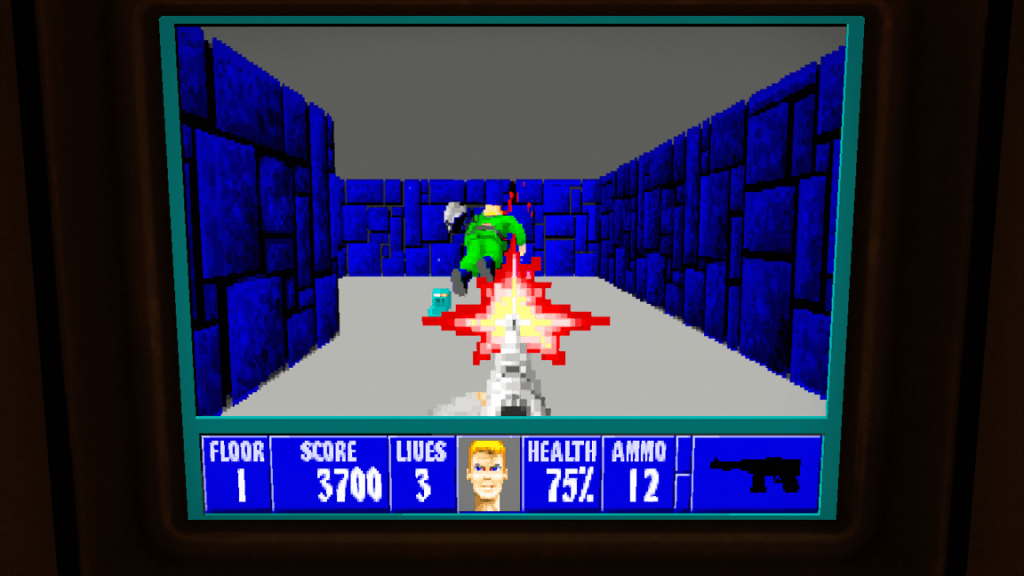 The most interesting part of this easter egg is actually in the presentation of Wolfenstein 3D.  Although every original level and episode is recreated and playable, the enemies and main character look quite different.  In Wolfstone 3D, you don’t play as BJ (the original main character), but rather a nazi soldier.  In the original game, we followed BJ as he escaped from a nazi compound, murdering everyone in sight.  Now, the tables have turned, and you play as a nazi hunting down Kreisau resistance.  It’s an interesting flip that plays well into the mythos of Wolfenstein 2: The New Colossus, and produced a hearty chuckle from me.

Like Wolfenstein II, Wolfstone 3D also has save slots, so you can return to the cabinet at your leisure.  This means that Wolfenstein II is essentially two Wolfenstein games in one.  Surprisingly, Wolfenstein 3D still holds up, and I enjoyed blasting through the first two levels quite a bit.  Maybe that’s my bias talking, but hey, who doesn’t like an entire additional game for no extra cash?