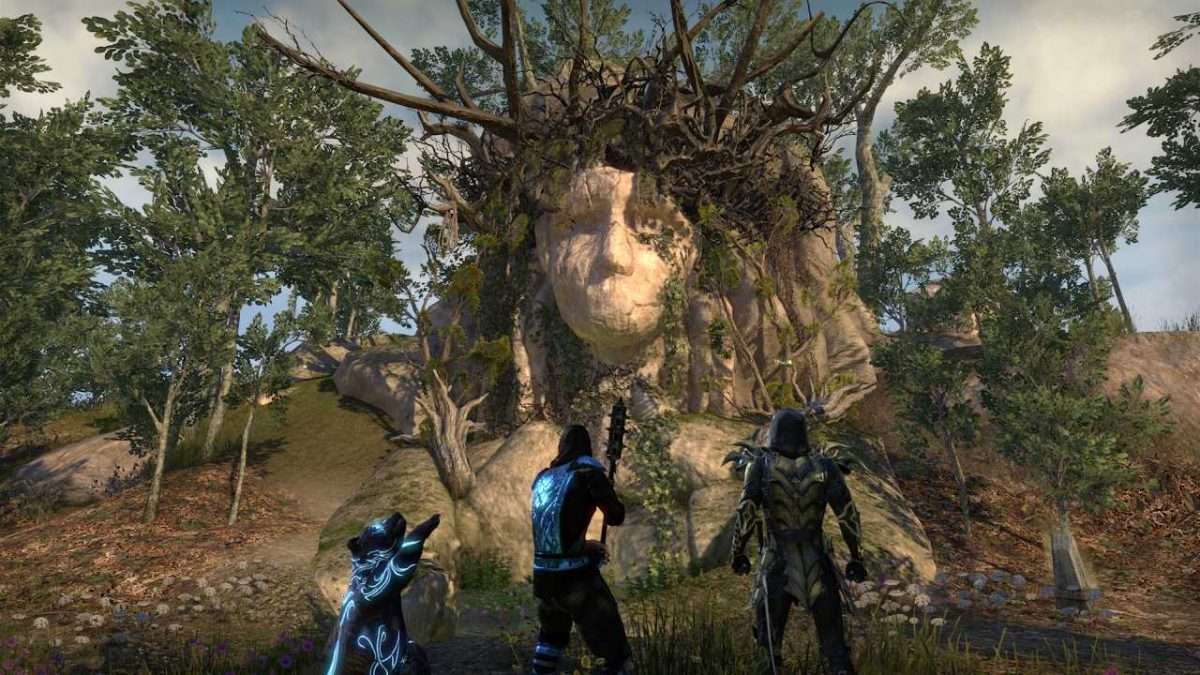 For the past eight years, The Elder Scrolls Online has provided satisfying MMORPG content inside the ever-expanding world of Tamriel, but expansions to the game have been a mixed bag. While early DLCs like ESO: Summerset surpassed expectations, recent efforts like ESO: Greymoor were underwhelming. The newest expansion, ESO: High Isle, whisks our heroes away to a beautiful archipelago teeming with lush jungles and dangerous foes. With its blend of high fantasy and swashbuckling adventure, is High Isle a return to form? Let’s see if the latest expansion for The Elder Scrolls Online is worth your time.

Turmoil in the Systres Archipelago

ESO: High Isle is set in the southwestern region of Tamriel in the Systres Archipelago, a beautiful island getaway for nobles, knights, and royalty. As several of the kingdom’s leaders head toward the Systres Archipelago for peace talks in an effort to halt the ongoing war, chaos erupts, spurred on by the rising presence of a disruptive group called the Ascendant Order. Known around town as a band of “robber knights” who will stop at nothing to protest the Three Banners War, the Ascendant Order act as your main antagonists during the expansion’s story.

Recruited by Lady Arabelle, a mysterious figure with a thirst for adventure, it’s up to you and your party to uncover the Ascendant Order’s true motives and protect the traveling world leaders. This journey takes you across a beautiful landscape packed with rolling hills, treacherous coastline dungeons, and enchanted forests full of druids. You’ll even make a trip to the neighboring island of Amenos, a harsh jungle prison where inmates are forced to survive in the unforgiving brush.

The narrative surrounding the Systres Archipelago and the Ascendant Order is well-paced and does a good job leading the player between all available points of interest, balancing character drama with good ‘ol fashion adventuring. While you’ll often take up quests from knights and royalty during your stay, you also spend a good chunk of time with morally gray pirates, resulting in a pleasant mix of politics and plundering. Where previous expansions like ESO: Blackwood were particularly heavy on dialogue, High Isle strikes a perfect balance between combat and conversation.

First and foremost, the Systres Archipelago is notably beautiful, making it a pleasure to explore. During your time in the main quest, you’ll saunter through gloriously picturesque towns, travel through shipwrecks, and even descend into an active volcano. There’s a satisfying amount of variety in both the scenery and quest context, especially once you get into the back half of the expansion. Repetition is not an issue here, as with every passing quest you’ll discover locations that feel inspired and new.

The main quest is good, but the side quests are even better, without a blunder in the bunch. As you blaze a trail across the island, you’ll investigate cursed treasure, compete in a knight’s tournament, and even battle pirates on massive ships. There are two new companions to find, raising the game’s total to four, as well as new volcanic world events to complete. A smattering of world bosses and two public dungeons provide extra content beyond questing, so there’s plenty to do once you’ve wrapped up all the loose narrative ends.

Apart from some new activities, High Isle doesn’t shake up the Elder Scrolls Online formula too much, but shows us how far the game has come since its release. It feels great to play, looks amazing, and rarely falters in both storytelling or moment-to-moment gameplay. During my playthrough, I encountered a handful of graphical bugs, but nothing unexpected or truly abhorrent. Unfortunately, I was forced to restart two quests due to gameplay bugs, which slightly hampered my experience for an hour or two. Despite these issues, I still had a wonderful time running through the new content, reminding me why I enjoy The Elder Scrolls quest-heavy progression in the first place.

It’s All in the Cards

Instead of including a new playable class, High Isle introduces something that has the potential to completely dominate your playtime – a card game. If you’re someone who quickly became enamored with Gwent in The Witcher III, this easy-to-learn game of strategy and wits will definitely scratch that card-slinging itch. Dubbed “Tales of Tribute”, this one-on-one card game is played with four decks, with each competitor choosing two. Playing with a shared deck, you’ll need to alter your tactics with each passing turn, making it a far more engaging card game than you might expect.

The rules of Tales of Tribute are somewhat complex, but after you play a round or two, you’ll quickly understand the concept. During your turn, you’ll draw a handful of cards from your deck, which can be used to purchase new cards from a shared pool of cards called the “tavern”. Each card has different causes and effects, granting you more gold to buy cards, removing your opponent’s cards, and more. Cards are color-coded by deck and often have a unique strategy to best utilize them, allowing you to combo cards together for brutal effect. As you play cards and out-smart your opponent, you’ll earn prestige points, and the first player to reach 40 prestige wins the match. You can also win in a few other ways, leading to surprising upsets if either player fails to keep track of each other’s plays.

Tales of Tribute also doubles as a scavenger hunt of sorts, as you unlock new cards by finding deck fragments around the archipelago. Deck fragments are often rewarded for finishing quests, completing world events, and killing world bosses, so you’ll quickly pick up a few without even trying. By traveling to the gaming club in the main town, you can compete in tournaments and challenge other players online in both casual and ranked play. Just like in The Witcher III, you can also challenge NPCs to a round of Tales of Tribute if you’re feeling confident, although you’ll earn more rewards for dueling online. While Tales of Tribute didn’t completely dominate my time while playing High Isle, it was definitely fun enough to warrant a few hours of competitive and casual play.

The Bottom Line on The Elder Scrolls Online: High Isle

Truth be told, I was starting to get a bit burned out with The Elder Scrolls Online, but High Isle reignited my love for this often-underrated MMO. Recent expansions have ranged from satisfying to underwhelming, so I went into High Isle with tempered expectations, but it lived up to the hype. Frolicking through the flowers of High Isle and traversing the dense jungle of Amenos gave way to some unforgettable moments, many of which were spent joyfully questing with friends.

Overall, High Isle stays fun and refreshing throughout its 20ish-hour-long main quest, with dozens more hours of side quests and activities. The new Trials of Tribute card game is easy enough to understand and is plenty addictive, plus the online ranked and casual play makes it simple to find an opponent fast. After taking my sweet time soaking up the gorgeous sights of ESO: High Isle, I can safely say that it’s one of the best expansions available, bested only by some early DLC gems. If you are playing The Elder Scrolls Online and have been on the fence about buying High Isle, don’t hesitate any longer, it’s a fulfilling adventure and a great excuse to explore more of Tamriel.

Note: This game was reviewed on an Xbox Series X with a code provided by the publisher.