To continue the trend of mini video game consoles, the fully licensed Commodore 64 Mini release date has been confirmed for release in 2018 on March 29. The C64 Mini features 64 games, 720p HDMI output, perfect replication of graphics with full width, CRT filter and US/EUR display mode options, save at any point function and 2 USB ports to support a keyboard and joysticks. The computer also supports all BASIC commands so you can have a go at programming yourself! 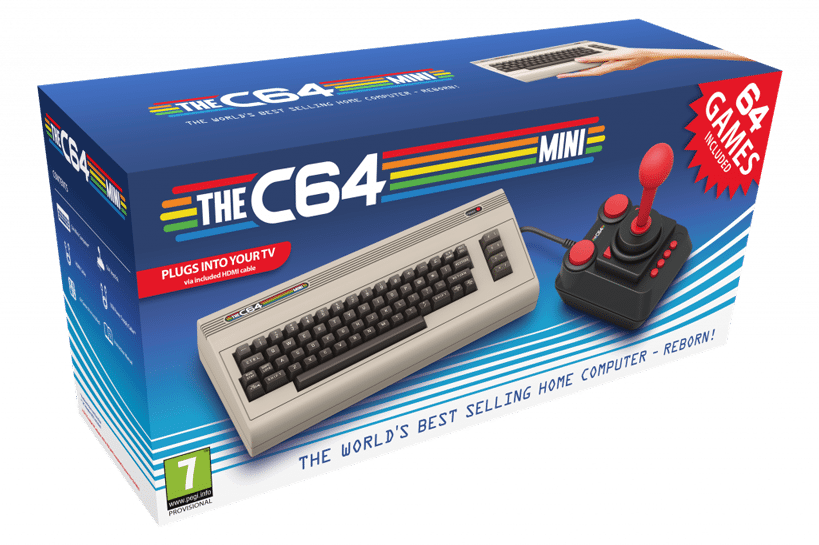 The C64 was discontinued in 1994 – I was only 4 – so I’m not that familiar with many of the included games. By comparing the list with a Commodore 64 Top Games list, I noticed that there were only a few featured on both. Many C64 diehards weren’t that impressed with the list on the official community forum. Here they are:

The C64 Mini uses emulation and the keys on the device are only for show. It seems like the lack of features and price has already fired up the debate between emulators and mini consoles with many not buying into it. However, I think adding the C64 Mini next to a Mini SNES and Mini NES will look pretty neat. Streamers would probably appreciate using a replica with HDMI output rather than an emulator also.

The C64 Mini is in the hands of developer Retro Games Ltd who are based in the UK. The company previously started a fundraiser campaign – which is now closed – to help create the replica computer. Features for the concept such as a handheld version and SD support for other ROMS has not made it to the final version.

Managing Director, Paul Andrews said “We are delighted to bring to retail THEC64 mini and let both original fans of the machine, and all-new generations of games players discover this amazing system, as well as maybe even have a go at programming it for themselves!”

The C64 launched in 1982 and went on to outsell its competitors in the ’80s such as the Apple II. The C64 was a lot more affordable for families and I’m sure buyers were swayed due to these wacky commercials.