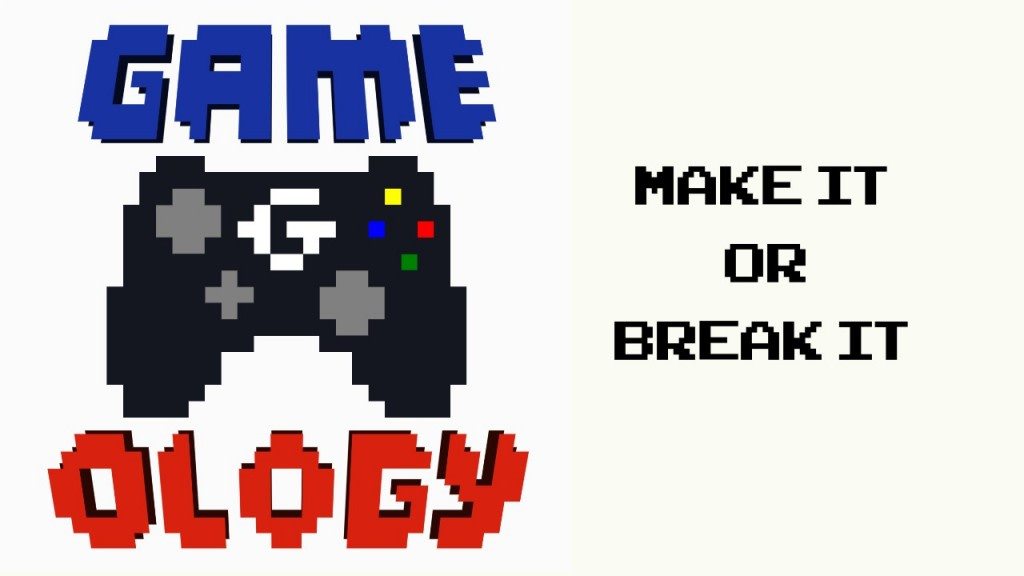 GAMEOLOGY is a series where indie game developer Attila and game player/writer Mat discuss various topics related to making and playing games. The Make it or Break it episodes look at Attila’s rough draft game ideas as Mat and Attila decide to make them or break them

This week’s games all started with ‘B’ as we go alpabetically through Attila’s list.

This one might be similar to Fruit Ninja, but both of us haven’t played the mobile smash hit.

A numebr of targets appear on the screen and you hit a button to slow time. The player must create as few lines as possible to bisect the targets. You can draw a continuous line to complete the puzzle in later levels.

I liked this idea as a fun mobile puzzle game. This might be incredibly obvious if it’s the premise of Angry Birds, but again, we’re ignorant of that.

Seeing the entire puzzle on screen, solving in a few moves, and having the ability to stop time feels like something I could take out of my pocket to kill a minute or even spend longer messing with. Having them simple enough to solve with a little thought but also rewarding repeated plays that manage to reduce the number of lines could be a great progression with relatively limited resources. Attila mentioned stopping time, but I would want the ability to also reverse time to find the perfect frame of when to draw the bisecting lines in. This would create a huge amount of variables for the player to endlessly tinker with how few lines they can use in the puzzle.

Competing against your friends on a leaderboard would add a ton of motivation as well.

This one is based on coding and logic (true, false, 1, 0, etc) so it confused the heck out of me. It seems like it could be fun for people who enjoy coding but I never expected Sudoku to take off the way it did so who knows? The biggest challenge for this one would be presenting the idea in a way that makes sense and of course finding a market.

My argument was that although a small percentage of people enjoy this kind of math, I assume a sizable percentage of that group enjoys games. I didn’t understand it enough to put my imaginary investment behind it, but maybe it could find a niche market.

This one came from a dream Attila had. Contestants have stats for how fast they can move in the race, and also for how many items they can use to influence the race, Mario Kart style.

After talking this one out, we came upon the hook “Tower Defense Racing”. I was excited by the day of controlling a top-down race with one hand while using the other (most likely on a mouse or even a right joystick) dropping traps and managing economy. Splitting concentration among simple tasks can be great fun and I haven’t seen this type of game before so it was definitely a Make it from me.

You can check out our entire discussion in the video below. We always accept comments and questions for Gameology and also will take in your game ideas to analyze on our next episode of MioBi. If you’d like to have your game doc evaluated by Attila, go here and click ‘ get in tough with gameology’.