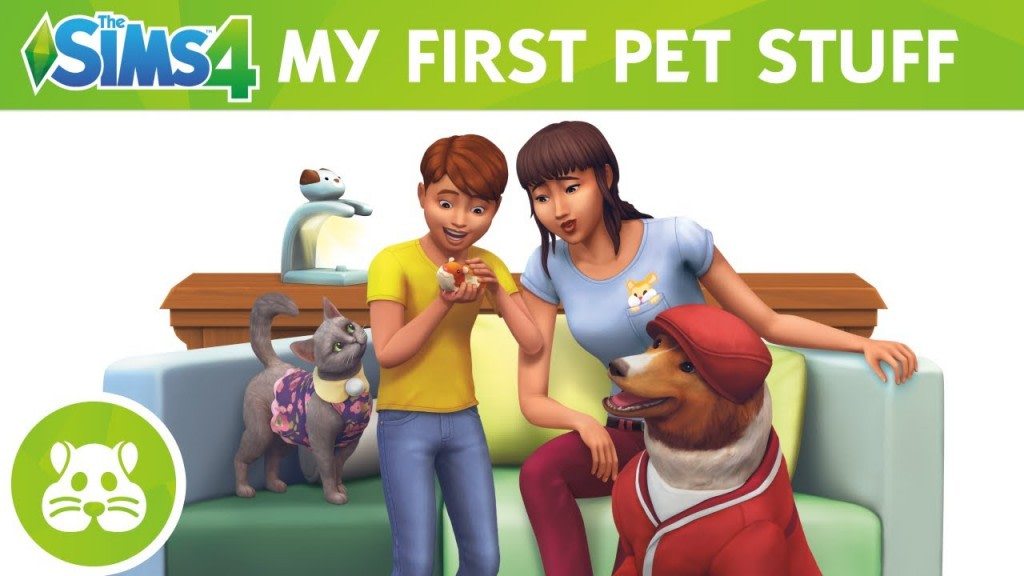 In the midst of concerns from The Sims fans that EA seem more concerned with money than what their gamers want, the 14th Stuff Pack for The Sims 4 launched on the 13th of March. The latest Stuff Pack for the game is titled My First Pet Stuff, and attempts to follow on from the success of Cats & Dogs, the bestselling expansion pack for The Sims 4 to date. How well this pack sells is something only time will tell, but at the time of writing this review the YouTube trailer is currently the second most disliked video on The Sims official YouTube channel, followed closely by the infamous The Sims 3: Kate Perry Sweet Treats.

The main feature of this Stuff Pack is the introduction of small pets. There are 4 new rodents included, consisting of the same cage with either a hamster, hedgehog, rat or a small purple platypus looking creature called a bubalus. These pets stay in their cages for the most part, occasionally going on mini adventures to bring back collectables or can be held by a sim for a few moments before being put back in their cage. Sims can develop relationships with the pets, either positive or negative. If a pet doesn’t like a sim, they can bite them and give them the new Rabid Rodent Fever disease. Left untreated this disease can be the death of a sim, killing them by a foaming mouth animation. Children can also use the pets as a tool to complete their homework or increase their responsibility meter if The Sims 4 Parenthood is installed.

While rodents are a nice addition to the game, it’s basically the only thing you get with My First Pet Stuff. There are 35 new Build Mode items, most of which look like they were deliberately held back from Cats & Dogs since they seem to fit into already existing furniture collections. While I actually like the new Build Mode objects and will probably end up using them, I don’t like feeling that content has been rehashed or held back in a very obvious attempt to make fans of the game part with more of their money. CAS has even fewer items, with a couple of new hairstyles, a handful of clothing which is mostly the same for every age group or recoloured versions of existing items, and new clothing for cats and dogs which consists of a few costumes and matching clothes to the sims. While this sounds nice, it means that half of the Build Mode and CAS items are specifically aimed at cats and dogs, meaning if you don’t own Cats & Dogs then you can’t access half of this pack.

While EA doesn’t have the best reputation for making content for their fans in the first place (I’m looking at you Battlefront and Battlefront 2), this new Stuff Pack is pushing the limits. Making a Stuff Pack retailing at £9.99/$9.99 and including even fewer items than usual and requiring another paid DLC to be able to access half of the content is insulting to those loyal to The Sims series. While no one has to buy this pack, the fact that EA made this and knew that they could get money from content that was deliberately not included in a £35 expansion feels cheap. While I actually like the addition of a few small rodents to the game, it is absolutely not worth the price tag and I can’t recommend My First Pet Stuff to even the most hardcore of Sims fans.