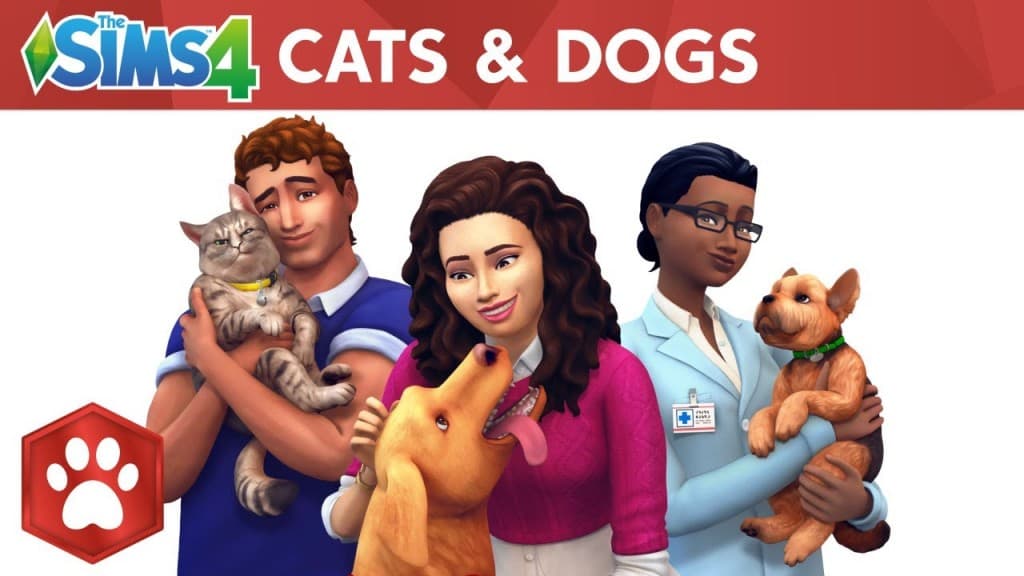 The eagerly anticipated fourth expansion to The Sims 4 was finally released this month, contributing to the plethora of DLC currently available for the game. The Sims 4 Cats & Dogs is the latest iteration of a pets expansion pack for the Sims series, joining the likes of The Sims 2 and The Sims 3 Pets which have proven incredibly popular in the past. The expectations were high for this expansion, and while it met most of these expectations, the game does have it’s own unfortunate shortcomings.

The Sims 4 Cats & Dogs was released on the 10th of November (console port is still TBD) worldwide for Windows and iOS, retailing at a whopping £34.99 GBR (or $39.99 USD for those across the pond). Despite Cats & Dogs being advertised as available on PC DVD, many customers were left disappointed when certain retailers changed the product details on their website upon release. As a result of this change, those who expected a disc upon release were given an empty box with a digital download code inside.

Despite this disappointing marketing error, The Sims 4 Cats & Dogs delivers a promising new approach to gameplay. Cats & Dogs introduces new items for your Sims to use or wear, a new business opportunity in the form of a vet clinic, and of course adorable balls of fluff in the form of Simlish cats and dogs. To adopt a pet, the player can either create their own in Create-a-Sim, acquire one from a computer in-game, or adopt a stray from the neighbourhood. 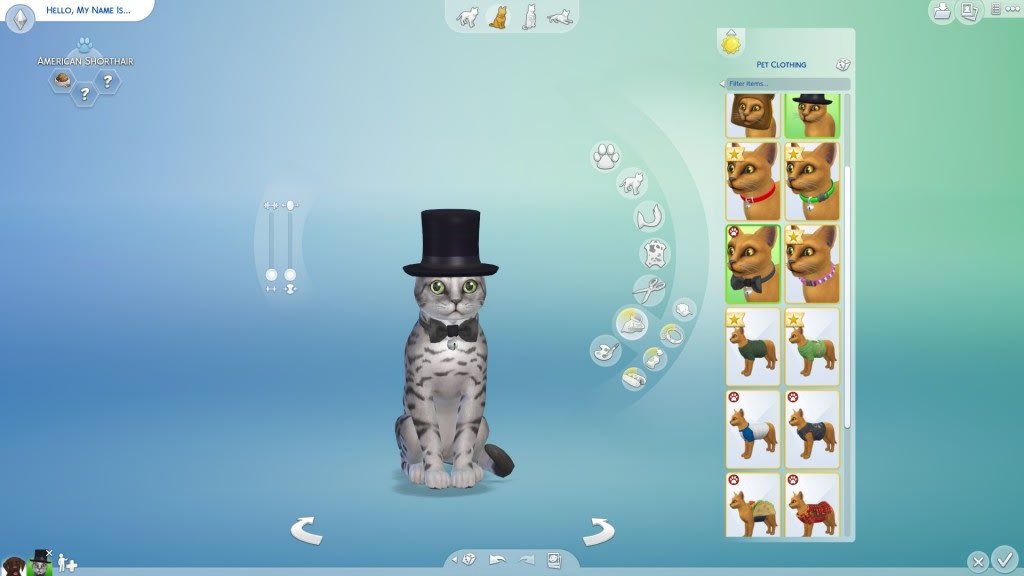 There are multiple ways to enjoy these new additions to gameplay, the most obvious way being creating your own. Cats or dogs can have personality traits that influence how they behave during gameplay, giving each pet a unique little attitude of their own. The Create-a-Sim UI for creating cats and dogs is a great deal better when compared to the traditional Create-a-Sim UI. The player can customise their pet with colour wheels, a paint brush tool, and over 170 different breeds to play around with and tweak. There is also a wide variety of clothing and accessory options for your Sim’s pets, including everything from bow ties to burrito costumes.

While this is great fun when creating animal companions, it really highlights how restrictive the customising options are for regular Sims. In addition to the pet customisation, the Sims themselves are given additional clothing and hair options, most of which have an appropriate feline or canine theme. If you’ve always wanted to dress your sims up in crazy cat lady garb, then this is definitely the right pack for you. There’s quite a nice variety of clothing in this pack, including some new outfits I plan on using in the future. In addition to the updated wardrobe, there are also new traits for Sims, such as whether they are a cat or a dog person.

As the name suggests, the expansion’s biggest addition to the base game is the introduction of cats and dogs into the world of The Sims 4. The pets are non-playable characters, but they do count towards the eight Sims per family limit. While I was initially disappointed that players couldn’t control the pets as you could in The Sims 3, I quickly found that it didn’t take away from my overall enjoyment. The animals in The Sims 4 are as unpredictable and entertaining as real pets (well, almost), meaning I was quite happy watching them go about their antics, not being able to see what they would do next. What I do take issue with, however, is the fact that there is no way of checking what traits or learned behaviours pets have. Without creating a pet yourself and checking the traits, their needs, mood, and personalities are completely hidden from the start. While I can kind of see why they wanted pets to remain little enigmas, it does seem like a very odd thing to omit from the game. 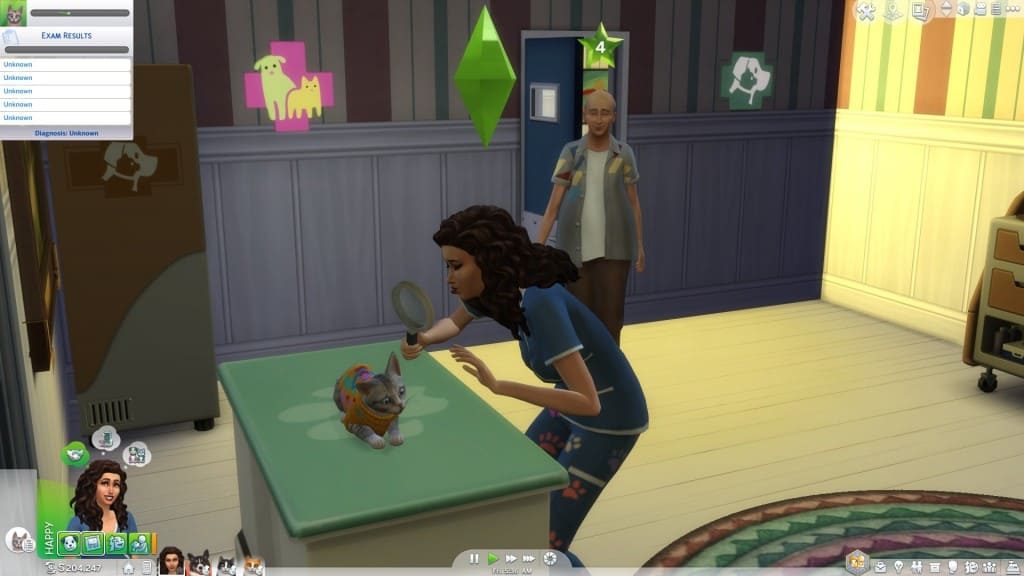 Although pets can’t be directly controlled, they can be influenced. Your Sim can command their pet to go somewhere, sleep somewhere specific, or even breed with another animal. This of course only works some when the pet wants to comply, which is surpisingly realistic. Cats and dogs can develop their own quirks as well, such as loving the TV or being afraid of the fridge. These additions really make the pets feel much more alive in a way that human Sims lack, and I found myself much more interested in what they were doing rather than my Sim. With over 300 new build mode items to interact with, I haven’t yet been bored just watching my virtual pets go about their business.

The second biggest addition to The Sims 4 Cats & Dogs is the introduction of vet clinics. Vet clinics are run like businesses or restaurants in the game, and you don’t need to have any vet skill to open one. Just buy an examination table, an operating machine, and a bin and you’re ready to accept clients. Your vet clinic will progressively acquire a star rating system in the same way that a restaurant would.  On top of that, there are unlockable perks available through completing certain criteria such as managing employees, or serving a happy client.

Although running a vet clinic can be fun for a while, I think it’s a very odd decision not to add the profession to the existing career system. The doctor profession from the Get To Work expansion would have worked perfectly as a template for the vet career, and they wouldn’t have had to adjust much to adapt it to treat fluffier patients than normal. It just doesn’t make sense, even by The Sims’ standard, that anyone without any skill could open up a clinic and operate on animals immediately. It feels more like a programming shortcut rather than a gameplay decision, and it leaves a bitter taste. 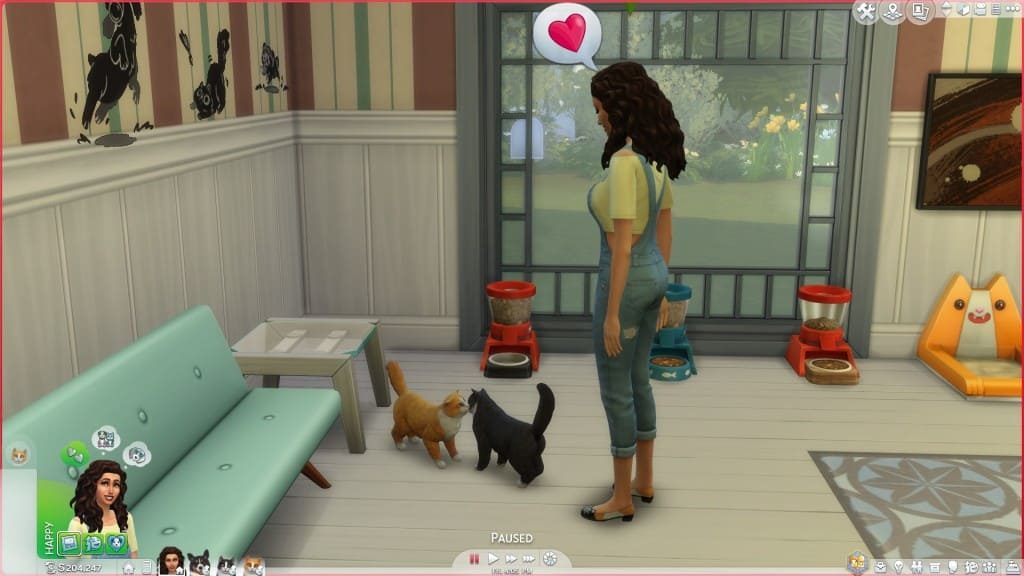 A further issue I have with The Sims 4 Cats & Dogs is the price. It is essentially an expansion pack that almost costs as much as the base game but with a tenth of the content. Maybe I’m just being nostalgic, but when I zealously played The Sims 2 back in the day, each expansion pack added a huge variety of items, gameplay elements, and clothing to play around with. The pack is also aptly named since the only additions to the game are cats and dogs. This differs hugely from previous pet expansion packs which offered animals such as horses, birds, tortoises, and hamsters in addition to the titular companions.

While I very much enjoy The Sims 4 in general, I can’t help but be a bit disappointed with the content EA offers with The Sims 4 Cats and Dogs. Expensive DLC for not much content is disheartening, and I don’t want to see the death of one of my favourite game series due to corporate greed. Despite my issues with the price and The Sims 4 in general, Cats & Dogs offers hours upon hours of entertaining gameplay, even if that time is just spent watching virtual pets behaving ridiculously. The expansion introduces a more realistic portrayal of everyday life, and makes me wonder how I played the game before having Simlish pets to care for. Although it’s by no means perfect, I thoroughly enjoy playing with The Sims 4 Cats & Dogs, and I can imagine myself doing so for many hours to come.