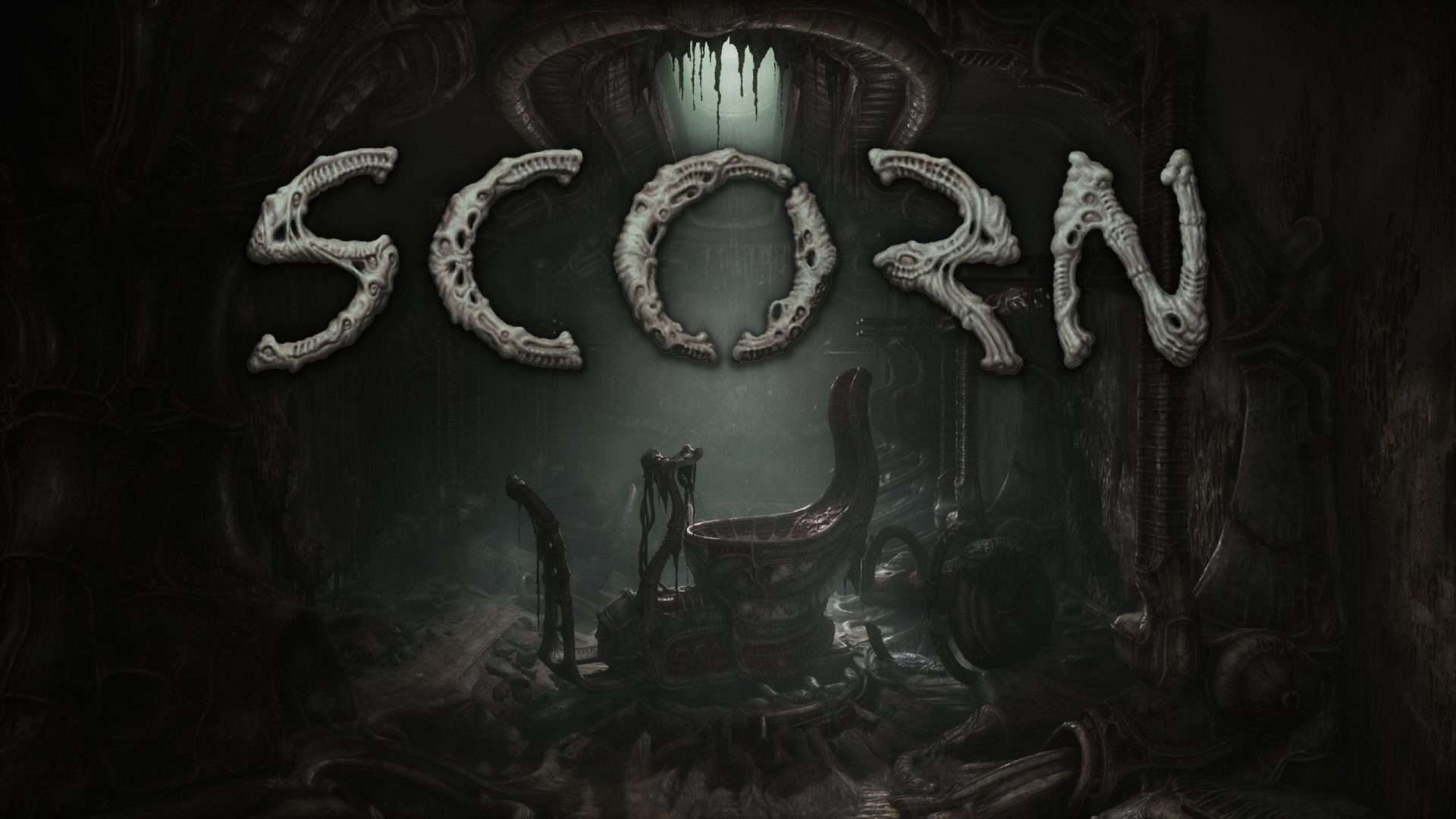 With the current year coming to an end, the so called “summer game drought” has ended too. This month alone we’re getting a whole laundry list of new releases – with a lot of ports as well – including A Plague Tale Requiem, Scorn, Gotham Knights and even Bayonetta 3. Personally, one of the standout games of the entire year is the newly released Scorn developed by the Serbian developer Ebb Software.

The game itself was first announced all the way back in 2014 with a short pre-alpha trailer that set the gaming community on fire. The H.R Giger inspired setting felt incredibly fresh and unique compared to the generic military shooters and action-adventures of the time. From the very beginning, the game was designed with the idea of throwing the player into an unknown alien world with relatively no guidance or direction.

Shortly after the announcement trailer, a Kickstarter page was launched which ended up being unsuccessful due to the lack of funding. Thankfully, the game development continued. After a lengthy period of relative silence, the game eventually reemerged in 2020 with the funding and support by Microsoft and was eventually released 2 years later, on October 14th, 2022. Even though the game received middling reception from some reviewers and players alike, it’s art style and the general feel is sure to stay in the minds of people for a long time to come.

The aforementioned “feel” is exactly what I’d like to discuss. I truly believe that the atmosphere that Scorn managed to create is simply astonishing. From the opening moments, the game immediately thrusts the nameless player character into the uncomfortably desolate ruins of a seemingly ancient alien civilization. The H.R Giger inspiration is immediately apparent since every wall, floor, ceiling and machinery is beautifully realized in Giger’s “biomechanical” style. Every corridor and room almost feels like a living creature quietly breathing and waiting for a chance to absorb the insignificant player character.

The studio’s original vision of no direction or explanation is still fully intact in the final release, much to the detriment of some players. As the main character continues to walk through the silent, desolate environments, an inevitable sense of dread seeps into the unconscious mind of the player. Questions such as “Why am I here?” or “Where even is here?” are the motivators to keep exploring this fascinatingly disturbed world.

The first contact with a life-form happens early on after the player operates a bizarre alien contraption seemingly allowing for the birth of a humanoid creature in the process. Any hope for comfort or company is quickly destroyed since the only way to proceed becomes to either kill the creature or use it, leaving it locked away to suffer for eternity in the process. The world of Scorn is brutal and unforgiving, a living creature is seemingly nothing more than a tool meant to be used and discarded.

As the player continues delving deeper into the spine-chilling world, another issue makes itself apparent pretty quickly – the world itself is infected. Since the game does not explain itself whatsoever it can be unsurprisingly difficult to decipher what you’re actually looking at for most of the time, but it seems as though there’s a sort of unconscious growth/parasite slowly consuming everything in its path including the outside landscape and the insides of every building we find ourselves in. It may even be the reason why the entire world feels so barren except for some occasional violent, fleshy creatures that seemingly act completely on instinct just like an actual parasite.

The world of Scorn is not the only thing infected by a parasitic entity either. Early on, the player gets attacked and infected by a parasitic seeming lifeform that slowly grows on top of the humanoid player character. As the game progresses the entity constantly damages the player but also provides opportunities to use new weapons and certain alien machinery. It’s easy to say that it almost becomes a symbiotic relationship, but I’m not so sure if that’s the “correct” interpretation. In the final act of Scorn, the player character desperately tries to get rid of the parasite and seemingly succeeds in a gruesome “surgery” scene. It is then revealed that the parasite itself has developed a humanoid appearance reminiscent of the player model. Perhaps the entity’s aim was not to “devour” the player, but rather to assimilate assuring the survival of both life-forms simultaneously.

The end of the game might also hint at the possibility of that being the case. Even though the player manages to separate itself from the parasite, the victory does not last long as the parasite quickly returns and takes over the player yet again, completely incapacitating them and completing the “growth” process. The final shots of Scorn show the newly formed “mountain of flesh” simply existing, staring off into space. Is it conscious? Is it dead? Is it alive? Did the parasite fail or succeed? What’s with the blatant sexual references and imagery? Who’s to say. Scorn does not provide the answer and perhaps that is the point.

“You will never live if you are looking for the meaning of life.” – Albert Camus

More often than not, modern storytelling relies on the 3-act structure as though it is the holy text of storytelling.  Most of the time this results in bland, repetitive stories that focus on providing cheap thrills and momentary pleasures rather than the so called “food for thought” that true art so often aims to achieve.

As an example, let’s do a little comparison – What do you think when you think about the message of Dark Souls? Perhaps the system of monarchy closes the gates to social progress and change, leading to inevitable stagnation and decay of what was once great. Perhaps the idea of how human beings are “cursed” to seek the meaning of life even though that search leads to the loss of their own individuality.  Now let’s take a look at another incredibly popular game franchise – Call of Duty. What’s the inherent artistic message in that series? War is terrible but shooting guns is fun?

The future of art is looking bleaker with each passing year as the ruthless machine of capitalism refuses to take losses or creative risks. Games like Scorn exist to show us that it’s not all over yet. Although the game itself faulters in multiple key ways – obscure puzzle design, bugs, bland, janky combat – it succeeds in being a unique piece of art with a strong vision. We need more games like Scorn. We need to seek out experiences that challenge us and the way we look at games.

Art is the reflection of the creator’s soul. It simply cannot be for everyone. Without games like Scorn, The Last of Us Part II or even Pathologic, we end up finding ourselves in a very sad, creatively barren world that’s too afraid to turn away potential consumers. I do not wish to find myself living in such a world. Do you?