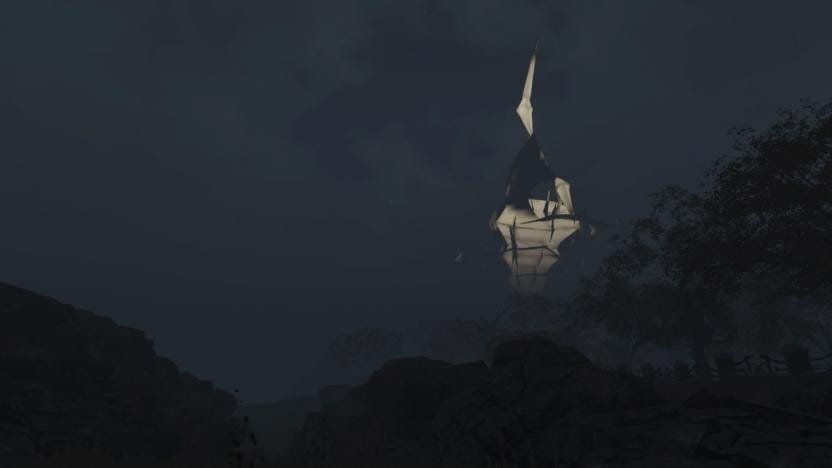 Every year there seems to be more and more games that focus on their carefully crafted narratives, open-world busy work or various other AAA game features we have grown accustomed to. Occasionally, the gaming stars align and something unique such as Pathologic is born. Games such as Dark Souls, Shadow of the Colossus and Death Stranding seem to put the emphasis on providing a unique take on what it means to be a video game. They’re also often considered to be art. Pathologic 2 is no different. It asks what makes video games interesting by making you just another small part of the world and making you earn even the smallest victory through hard work.

Pathologic 2 is a game primarily developed by a small Russian studio, Ice Pick Lodge. Their previous works, such as The Void, Knock Knock, and Pathologic 1 are regarded by fans to be subversive masterpieces that focus on aspects of gaming not often explored by the majority of developers, such as dread and constant anxiety as a means to immerse the player in the world. Even so, Ice Pick Lodge games never seem to get the mainstream appeal or recognition. More often than not, they are criticized for being too vague, complicated, difficult, and confusing. In the case of Pathologic 2 the criticism seems to be the same.  But the positive aspects such as the atmosphere, storytelling and the feel of the game seem to be praised and regarded as some of the best in the modern game industry. To understand why that is, we need to delve much deeper into the actual game.

The Town on the Gorkhon river

The game takes place in a small town, during an undisclosed time between the 20th and the 21st century. You play as Artemy Burakh, a descendant of The Kin (a tribal group of people living in and around the town) and the son of a highly regarded doctor. After getting a letter from your father asking you to return, you soon find yourself back in the town you grew up in only to be ambushed the very first moment you step off your train. The town Artmey once knew has changed. Killing is no longer taboo and everyone is seemingly trying to hunt down a mystical creature called a Shabnak, who has allegedly killed a highly respected man, your very own father.

Having nowhere left to go, Artemy must try to find a way to survive in this hostile environment, while also solving the murder mystery of his father’s murder as the threat of a mysterious Sand Plague draws closer with each passing minute.

From the very first moment you leave the tutorial and find yourself in the town, you’ll come to understand that Pathologic 2 is an unforgiving experience. Time moves naturally, and within the strict limit of 12 days, the player will have to manage various survival meters such as Hunger, Immunity, Exhaustion and Thirst. The game is challenging, but the difficulty serves as a means to deepen your enjoyment of the product and make you feel much more immersed in this tragedy Artemy is trapped in. The characters stop feeling like faceless, empty shells and start feeling like people when you know that they’re suffering just as much as you. They too are running out of the very same resources you’re so desperate to get. The prices of essential items such as food fluctuate every day and the game will mock you for failing to adapt to the controversial mechanic of perma-death. Once you die, a punishment is given (such as reduced maximum health, reduced hunger, the ability to hug characters being taken away, and so on). Those punishments will be permanently attached to all of your save games, meaning you can’t load a previous save to try and escape from the consequence of your actions.

In Pathologic 2, time moves whether you like it or not. Each day brings a heap of new challenges and discoveries and closes the door on unfinished quests and story arcs. Some opportunities will be lost forever because it’s simply not possible to do everything in a single playthrough. People will start hating you, perhaps even hunting you down in the streets, because of a choice you made. Characters you’ve tried to protect will die and you’ll feel the consequences of your actions with each passing hour.

Time itself feels like an entity in the town, which moves faster with each passing day, meaning your schedule will constantly be getting tighter until you finally snap. The question will then become: Are you willing to see this through to the end? Are you willing to continue fighting toward a goal you may not even reach?

While playing Pathologic 2 I often asked myself if all games are meant to be enjoyed. Every moment felt like a battle against an inevitable fate of destruction and suffering and yet, I never once felt ready to give up. Even when I was not actively playing it, my mind was filled with images of the town and the people. I was carefully thinking about my choices both in the game and in real life. It’s hard to see children you’ve tried to protect for so long in-game dying before your very eyes because of the choices you made, or rather, chose not to make. It’s not enjoyable needing to rob and murder innocent people just so I can make it to the next day when I’ll inevitably find myself suffering yet again. Pathologic 2 is not a game that is supposed to make you happy. It’s a game that asks you to question your own morality as the character and the player.

The Closing of the curtains

Pathologic 2 is a weird, really unique, punishing and innovative game, in a world where even a mention of higher difficulty makes the product often overlooked by the masses as being “cheap” and “unfair”. It’s an art to create a difficult game that you still play even when it tears you apart and crushes you under its weight. A game cannot simply stand on difficulty as the only selling point, which is why Ice-Pick Lodge also delivers an incredibly deep, intricate, and very well written story focusing on the themes of death, industrialism, colonialism, childhood, nature, tribes and the clash of cultures.

Pathologic 2 is available on Steam, PlayStation 4 and Xbox One.