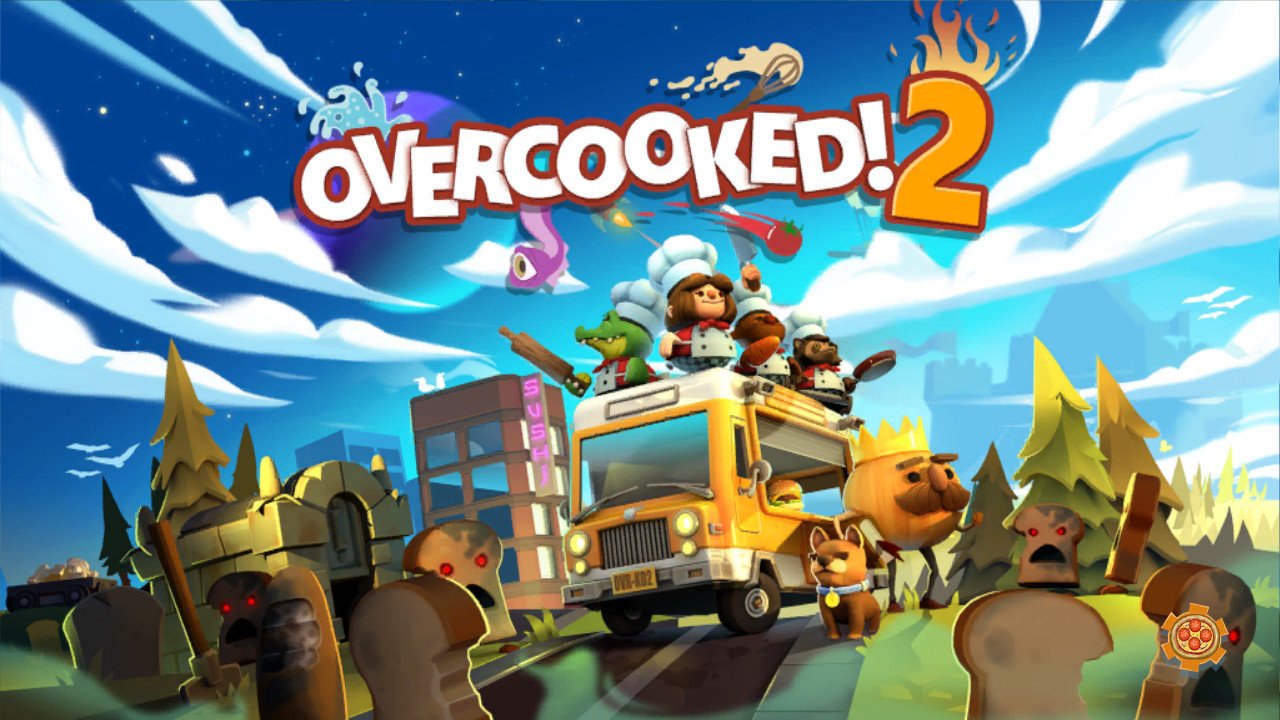 After the commercial success of Overcooked, Ghost Town Games have come back strong with Overcooked 2, their highly anticipated sequel available on Windows, Xbox One, PS4, and the Nintendo Switch. They managed to take their winning formula and improve it in ways I didn’t know I wanted. After playing Overcooked to death, I was really looking forward to giving its sequel a go and seeing how Ghost Town Games managed to improve an already frustrating and brilliant co-op experience. In many ways, Overcooked 2 isn’t drastically different from its predecessor, however the changes they do introduce add enough new ingredients to the recipe to make a delicious game (apologies for the cooking puns, I can’t help myself). After playing it with a group of friends on the Switch couch co-op as well as having a go with the online multiplayer, I can safely say that Overcooked 2 is definitely one of the best co-op games I’ve played.

While there isn’t a whole lot of changes here from Overcooked, what is changed in Overcooked 2 is worked so seamlessly into the game that I didn’t notice things immediately. Most obviously, the game looks a bit more polished aesthetically. There are new chefs, along with some returning favourites, new kitchens, new recipes, and new cooking utensils. The new kitchens range from fun to infuriating, but each has the potential for a successful dinner shift or absolute anarchy depending on the skills of your sous chefs. The added ability to throw raw ingredients to your sous chefs is a mechanic I didn’t know I needed until I started to use it a couple of kitchens in. The levels I found most frustrating in the first Overcooked involved separating chefs from ingredients, so I was delighted to find out that I could avoid this altogether by throwing a tomato at another chef’s face. The game compensates for this, however, with new obstacles to ensure that the throwing ability doesn’t feel too OP. 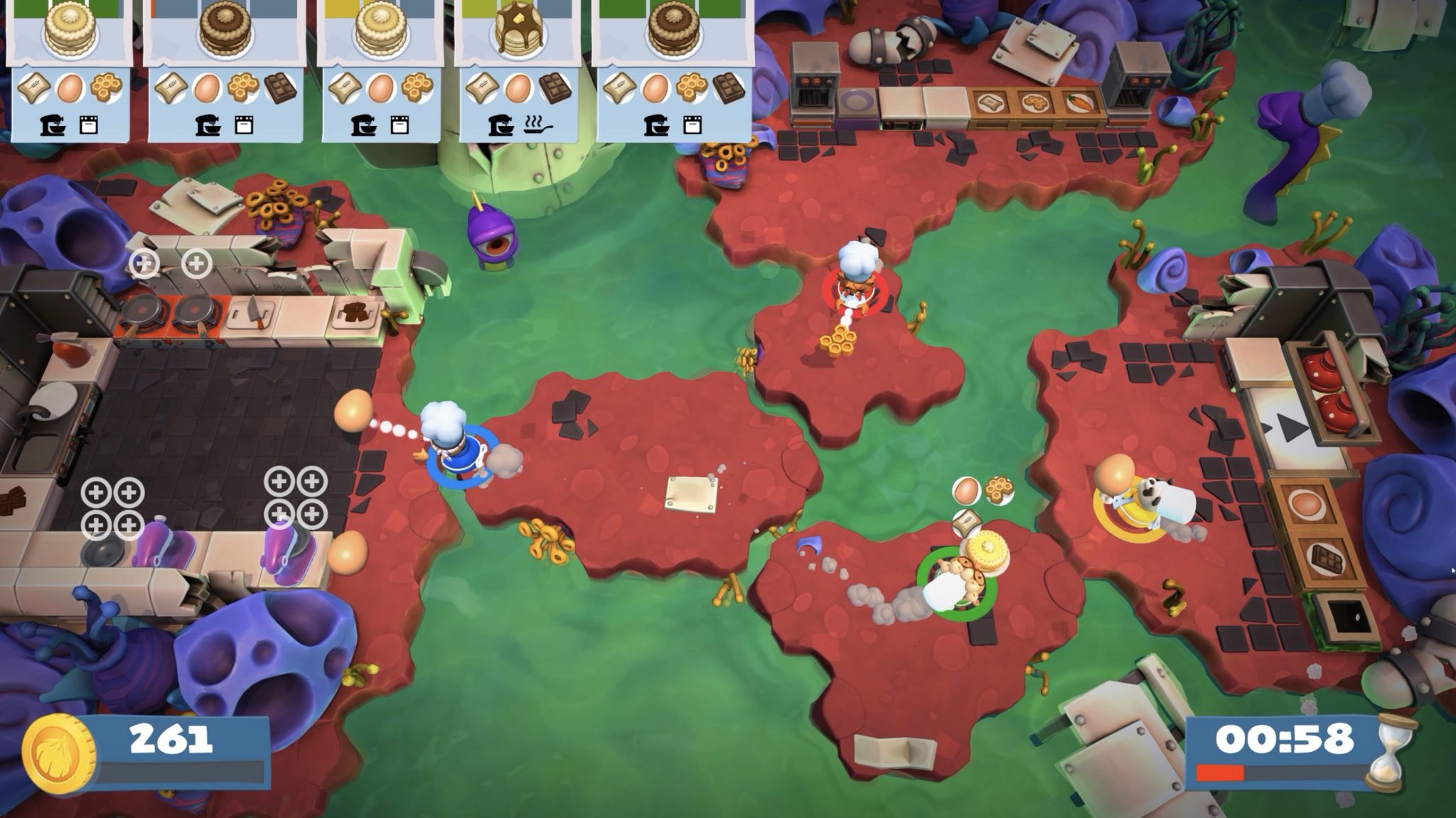 With Overcooked 2 comes several new ways to play in addition to story mode. Not only can you play single player and couch co-op with up to three other players,  you can also play via local connections or over the internet. Online co-op is a great way to open up the game to people who can’t always convince their friends or families to join them, so you can simply hop online and connect with other players. In my experience, online co-op can be a bit more frustrating than couch co-op since you can’t communicate very well with your sous chefs through the game’s emote system. Having said that, at least you can’t get overly angry at strangers for not being on the same page as you when trying to serve orders since they can’t actually hear your angry screams. Versus mode also makes a return in Overcooked 2, allowing you to take out your frustrations of co-op by showing your fellow chefs who was really carrying the team. 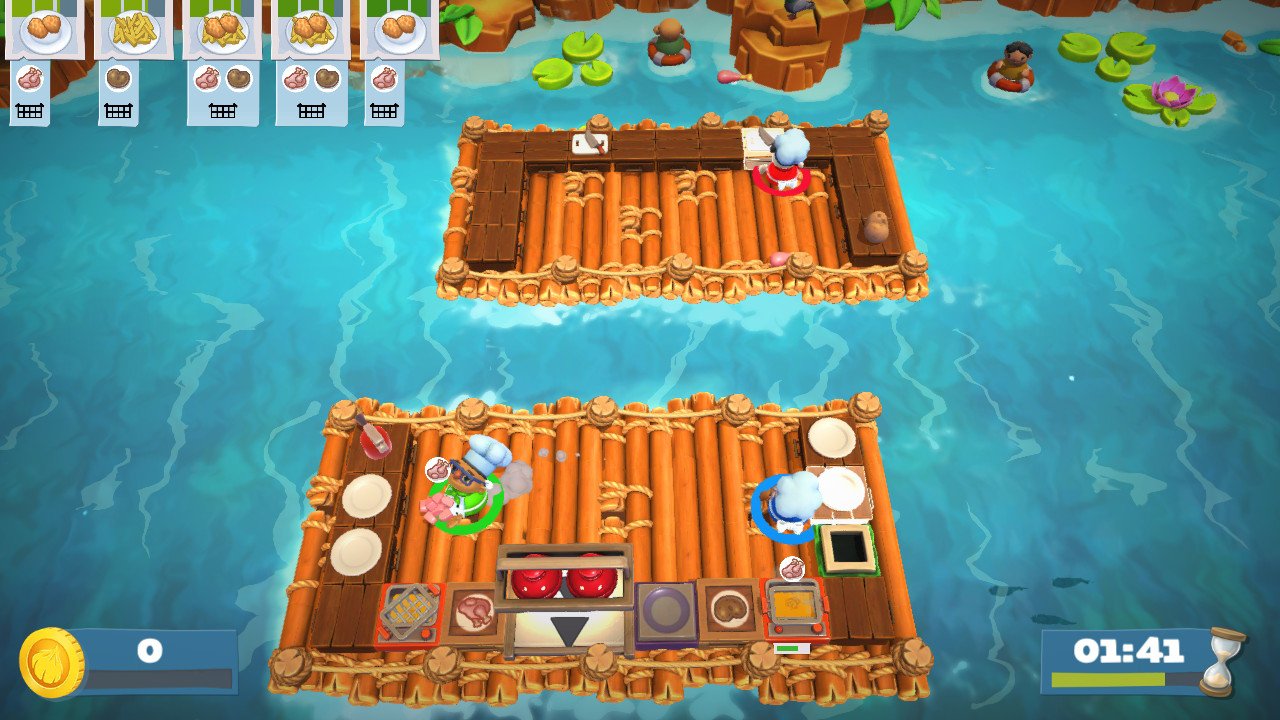 The only real change to gameplay is the new throwing mechanic, meaning that fans of Overcooked will be able to pick up the controls very quickly. Having said that, when I played Overcooked 2 on the Switch with friends who didn’t own a Switch and were new to the game they were able to pick up the controls easily as well. Overcooked 2 played smoothly on the Switch in both handheld mode and while docked. It should be noted that I wouldn’t recommend playing co-op in handheld mode, unless you particularly like an extra challenge or forgot your docking station (this definitely didn’t happen to me, what are you talking about). I would also warn players to make sure their controllers are charged fully before playing in handheld mode, as the Joy Con low battery warning pop up on screen blocks the orders for quite some time.

As a huge fan of Overcooked, I can happily say that Overcooked 2 is a delicious sequel to an already great co-op experience. The only changes that were made improved the quality of the game and even the lack of communication with online co-op aren’t too much of a problem when you consider the benefits it brings to the game. Single player is by far the trickiest mode to conquer, so I would recommend playing Overcooked 2 co-operatively instead, even if that means tearing your hair out at strangers on the internet. This is by far one of my favourite co-op games of the last few years. It’s easily accessible for newcomers to the series or non-gamers, meaning it has the potential to be an amazing party game to play if you want to test the limits of friendship. Considering how many ports Overcooked 2 is available on, you have absolutely no excuse to not pick up this game and begin your journey as a tyrannical chef.