Capcom has finally revealed a release date for Monster Hunter: World. The game is launching worldwide for PS4 and Xbox One on January 26th, 2018, the publisher announced at Sony’s Tokyo Game Show conference. A Windows PC version will come at a later unspecified date, according to a press release.

In addition to the January release date, Capcom also released a new trailer and information on special editions of Monster Hunter: World. The trailer, posted above, shows off new creatures, including the Pukei-Pukei and Nergigante, and environments like the Coral Highlands and Astera, the base of operations for the Research Commission.

Capcom also detailed a Digital Deluxe Edition and physical Collector’s Edition for North America that will launch alongside the base game:

Japan will also get a stylish Monster Hunter: World-themed PS4 Pro and DualShock 4 controller, pictured below. No word yet on a worldwide release date for the themed console, but it launches December 7th in Japan. 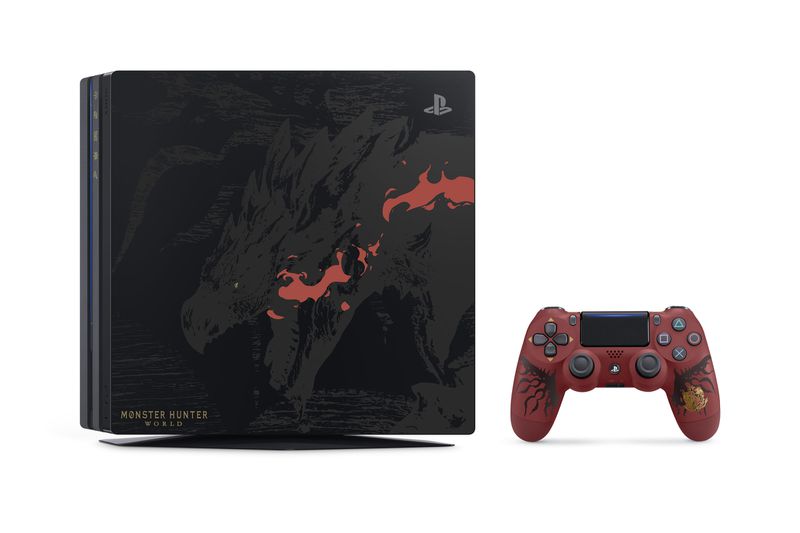 Those who pre-order Monster Hunter: World digitally or at select retailers will receive “special pre-order bonuses, including the Origin Set Armor and the Fair Wind Charm talisman.” These items offer “improved starting defense and offense stat boosts for the hunter as well as a useful gathering skill.” Also, all PSN pre-orders will include a custom PS4 theme.

Monster Hunter: World hits PS4 and Xbox One January 26th, 2018, with a PC version to come at a later date.