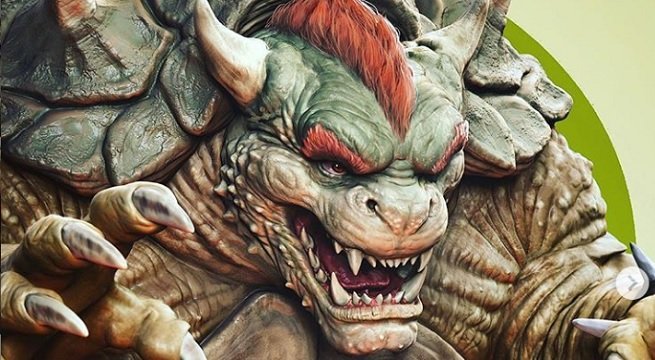 God of War‘s art director, Raf Grassetti, is putting his own twist on some of Nintendo’s most iconic characters. In a new series of illustrations, Grassetti has re-imagined a few of our favorite characters from the Super Smash Bros. Ultimate roster. How do they look, you ask? Well, to be honest, they look like what you’d imagine Nintendo characters in a God of War universe to look like.

You already got a peek at his terrifying Bowser above. Check out Grassetti’s Link, from The Legend of Zelda: Breath of the Wild, which takes more “realistic” artistic approach:

We also got a pretty interesting new look for Fox, from the Star Fox series. This fox definitely looks more humanoid than he ever has in the past. He’s taller, more serious, and more muscular. Just look at those forearms!

The last illustration in this series is perhaps the most tame. Here we see Samus from the Metroid series, and her suit design doesn’t look too different from what we see in the games, or in Super Smash Bros. Ultimate. Once again, the design is taller and a little more muscular than what we’re used to, but that’s not necessarily a bad thing in this case:

Samus Aran #SmashBrosRemastered #2020 ——- Here is the first one of a series of Smash Bros characters I’m working on! Let me know who is you favorite! Also, here is a sneak peek of the next one! Any guesses? #metroid #samus #smashbrosultimate #smashbros #nintendo #nintendoswitch #sculpting #conceptart #sculpting #characterdesign

So what do you think? Would you like to see a game featuring these new designs, or do you prefer the more colorful, family-friendly design for these characters? Let us know in the comments below, or chime in on Facebook and Twitter!