When I played Legend of Dragoon for the first time in 2017, I was eager to see how it compared and differed to Final Fantasy VII. After all, Sony was inspired to develop their own version of blockbuster JRPG after VII’s enormous success, and Dragoon was the direct result. While Dragoon contains most of the genre tropes of that era, it can be hard to stand toe-to-toe against a full-blown Final Fantasy. Since FF VII, the franchise has been known to push the limits of hardware, producing stunning visuals that often dwarf the competition. There are many moments in 2009’s Final Fantasy XIII that still looks better than games released today. The attention to detail and pure working hours that Square-Enix throws at their tent-pole games is staggering.

Comparing LoD to FF VII is what inspired this episode of GAMEOLOGY. I was trying to pinpoint why I enjoyed looking at FF VII more, and how different visual techniques were more effective to me.

Window to the Soul

They say the eyes are the window to the soul. You look deep into someone’s eyes if you want to tell them something intimate. You might not trust someone who avoids eye-contact, or has the classic shifty eyes. I noticed that Dragoon rarely showed the character’s faces and this hindered my connection with the characters.

In the above image we see the protagonist telling another character she’s beautiful. But her face is mostly obscured in this shot, making it hard to connect with how he’s feeling. Also, we’re looking at the back of Dart’s head, further disconnecting us from the moment. There’s a reason why actors on camera tend to kiss sideways, keeping both faces visible. 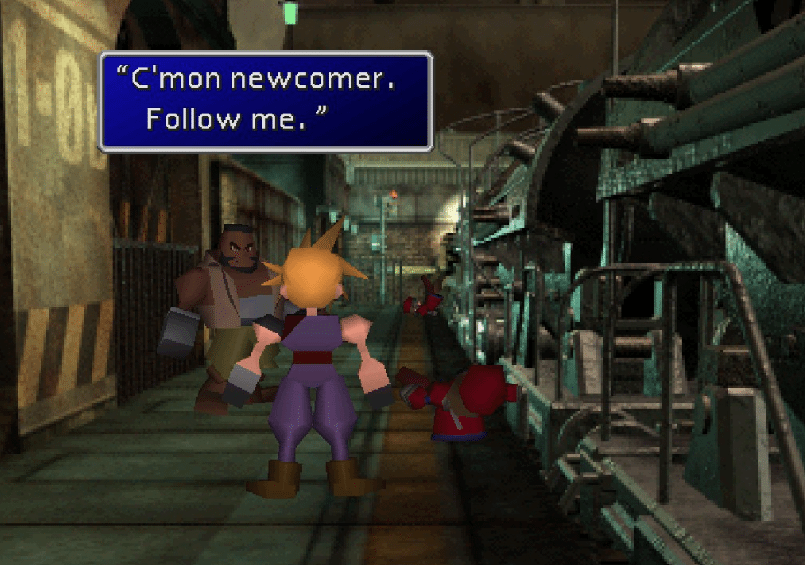 Here Cloud’s face is also turned away from the camera, but Barrett is in full view. This gives us a great feel for Barrett’s attitude. His pointed eyebrows suggest he is stern and not to be messed with. It makes it more plausible that the player would follow him. Cloud’s face is obscured, but only for a moment. This maintains mystery, as he is the ‘newcomer’. He soon turns around, showing his full face to the player before they name him. This is the first moment the player is given control. The FF VII field model faces are as simple as lego heads but the exaggerated eyes and mouths on their oversized heads convey a lot of emotion. 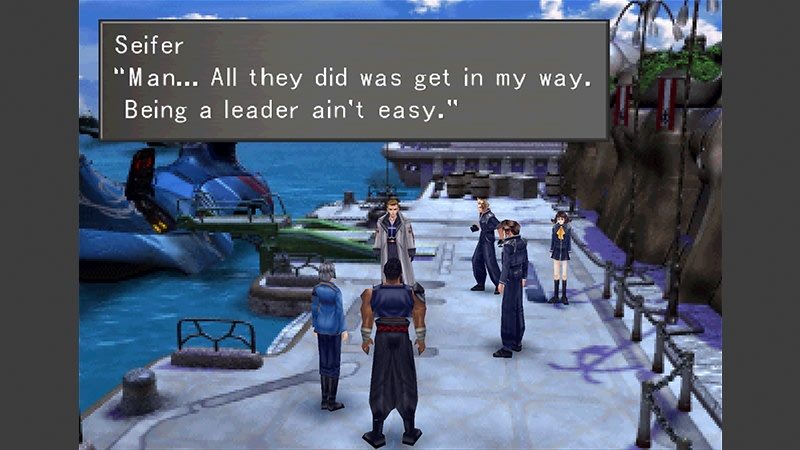 In FF VIII Square used realistic proportions. As you can see in the above image, it’s much harder to see any expressions on the smaller, realistic faces. 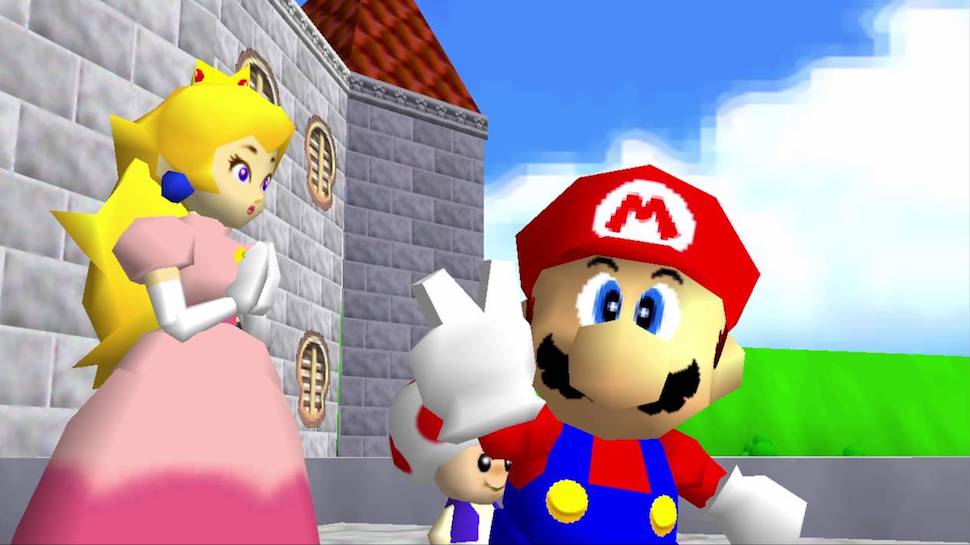 Mario is a likable character we immediately identify as the good guy hero. His eyes are big and innocent, his moustache is shaped like a smile, his eyebrows have a calm arch, and he’s mostly made from soft, curvy shapes. He doesn’t seem like a threat. Also, he has a very average dad-bod which makes him an accessible under-dog. 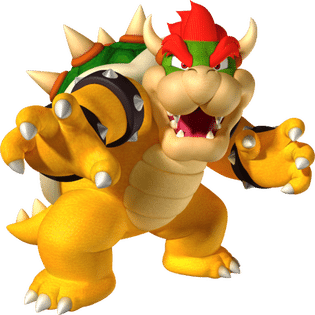 Bowser has sharp points that would cause pain if touched, is much bigger than Mario, looks like a dangerous animal that would and could kill a human, has hair the color and shape of fire, and communicated by roaring. Conversely, his proportions are squat and pudgy, like a baby, which makes his danger still feel adorable. Nintendo wants him to be an obvious villain, but a Mario game has a lighter tone. Having a horrific nightmare enemy from Bloodborne would be scarier, but would seem out of place. This is also a criticism of the style mish-mash found in Super Mario Odyssey. Without spoiling, some enemies in Odyssey look impressive, but also feel like they’re from an entirely different game. For some, this may fit the ‘Odyssey’ trip Mario is taking, but in my opinion, it didn’t work as well as the various worlds previous Marios.

The uncanny valley is a term that describes our perception of realistic visuals. As the visual gets closer to what we perceive as real, we notice more of the imperfections that break the immersion. 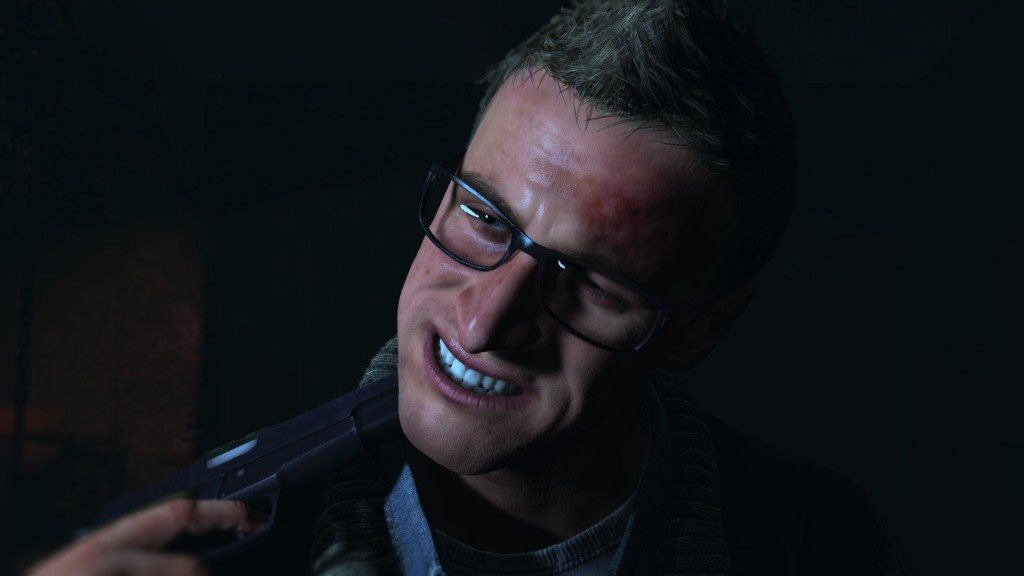 On the opposite end. 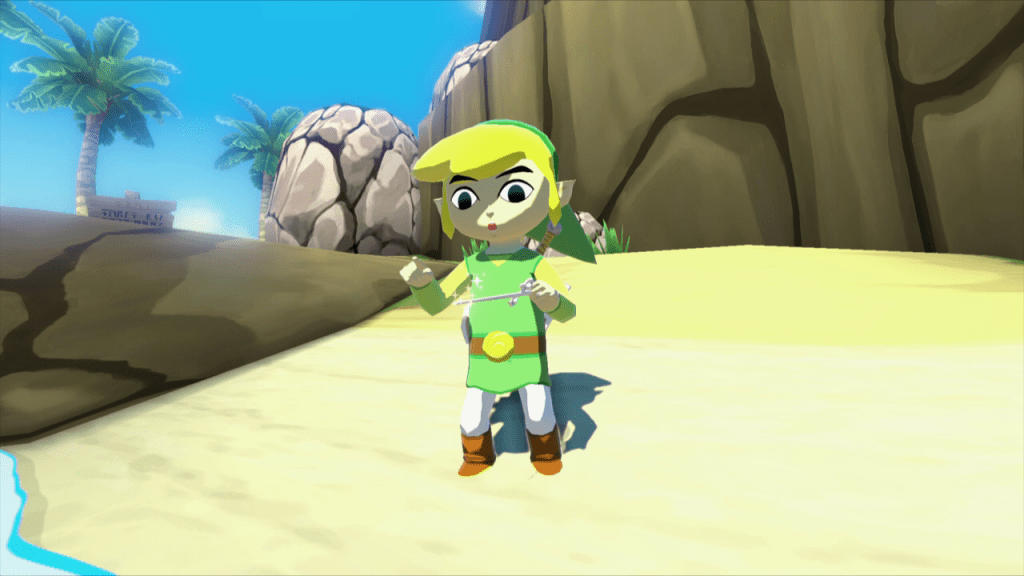 Toon Link has just a few lines and shapes to show his emotions, but they are immediately apparent and doesn’t break the immersion (unless you hate cartoons). Toon Link looks human enough that we can identify his mood, but not too human that we care about the details. Many criticiszed Nintendo’s decision to take Zelda in this direction in 2002, but 16 years later, he can still convey the message the developers intended.

Check out my conversation with game dev Attila in our episode of GAMEOLOGY on this topic.