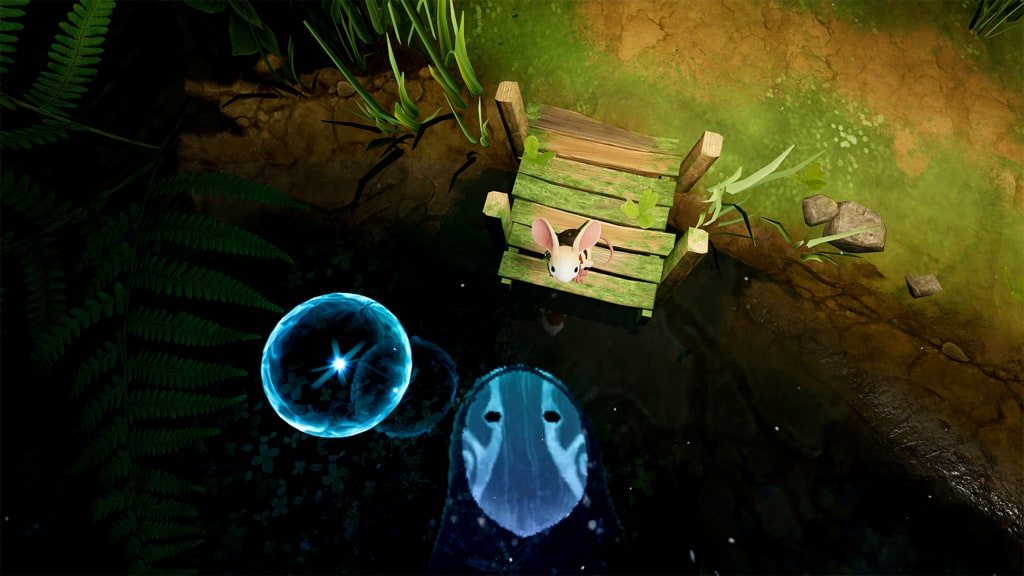 Developer Polyarc Games, comprised of some former members of Bungie and Rockstar Games, shared the release date on the PlayStation Blog today. To go along with the news, Polyarc also published a launch trailer with a new look at some of the gorgeous scenery and gameplay elements you will find in Moss. Check out the full trailer below.

When Moss was revealed at E3 last year, a holiday release date was promised but was ultimately pushed back to spring 2018. Finally, PSVR players will be able to dive into the magical world of Moss in a week’s time. If you aren’t quite sure about committing to the full purchase, Polyarc has made a free demo available as part of the free PSVR demo disc on the PlayStation Network Store.

According to Moss‘s official PlayStation listing, players will be able to interact with the dynamic world as you “move objects, heal allies, and alter the very landscape of battle through your own direct influence.” While you don’t physically control Quill, you are her guide, and your abilities are complimentary. Polyarc says, “You’ll directly manipulate the field of play as your own character and key ally to Quill.”

Moss releases on PS4 via PlayStation VR on February 27th.