With E3 2018 on the horizon, we are all anxiously awaiting the newest game releases from all the major publishers and developers.  Like every E3 event, the weeks leading up to it have been littered with leaks both big and small.  Despite this, I’m sure that E3 will still hold many surprises for all sorts of gamers, and those interested should keep a close eye on our website in the coming week.  Everything is set to kick off on Saturday, June 8th, with Electronic Art’s press conference.  Between that and the end of next week, every major publisher will have taken to the stage or show floor and shown off their newest games and tech.  Until then, it’s fun to speculate and use the leaked information we know to formulate a better idea of what to expect.  Without further ado, let’s do some speculating!

To be honest, EA is usually the most uninteresting conference of the event.  That’s not because EA lacks good games, but absolutely stinks at presenting their stuff.  Previous presentations have been lackluster or worse, and often come off as out-of-touch with the general gaming audience.  E3 2017’s showing was particularly bad, putting EA in a precarious position.  Hot off the heels of the disaster that was Star Wars Battlefront II, EA must make good with their core audience or continue to suffer in the public eye.

If you have watched any EA conferences in the past, you’ll know what to expect here, but there might be room for some pleasant surprises.  We will undoubtedly get a look at some of the newer sports titles, including Madden and a new iteration of FIFA.  This year’s show will most likely be dominated by Anthem, EA’s first person shooter that looks to be a “Destiny killer”.  Fans of Star Wars should also keep a cautious but anticipatory open mind, as EA will be looking to right some of their wrongs on the Star Wars front.  Whether this means a brand new game from the Star Wars property, or perhaps an HD remaster of the classic PS2 Battlefront, only time will tell.  Regardless, EA will definitely need to pull out the stops this year.

I would love to see a remake of Star Wars: Republic Commando, a particularly cool single player campaign from any of the sports titles, or some quality Anthem gameplay.

It’s no secret; the PlayStation 4 has been beating the Xbox One throughout this entire console generation.  With the slew of fantastic console exclusive games that have released on the PS4 lately, Microsoft will have to bounce back with some big announcements to stay in the game.  If leaks are to be taken seriously, we should see new announcements in the Forza Horizon series, a new Gears of War title, and maybe an appearance from Borderlands 3.  We’re still not sure if Halo 6 will pop up this year, but I’d make a bet that there might be a mention of it, if not a short teaser to get people hyped. 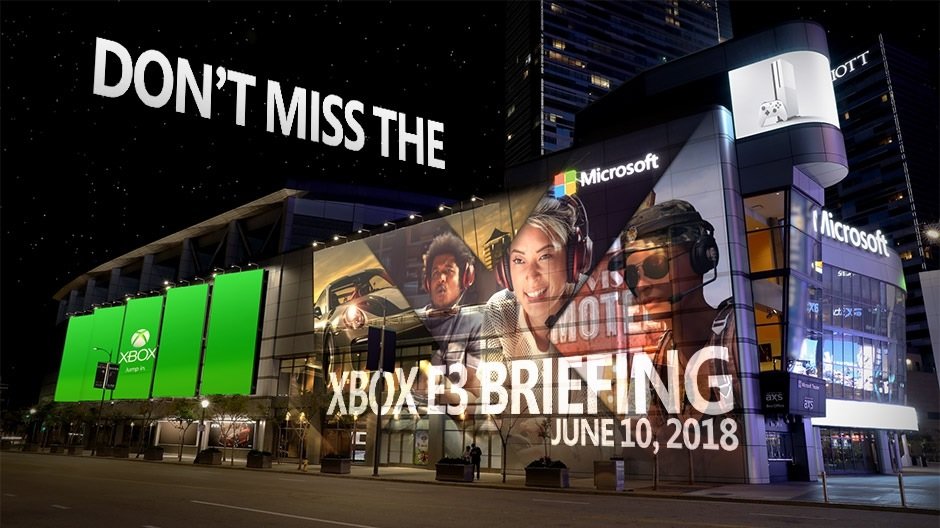 With a big focus on backwards compatibility as of late, we’ll probably see some more information about original Xbox backwards compatibility, as well as some of the cross platform options between PC and Xbox One.  It’s also safe to expect news on the Xbox Games Pass, which is quickly becoming one of gaming’s most popular services to pad out your software library.

Beyond that, what Microsoft has in store for us is anyone’s guess.  I’m hoping for a surprise game release following the press conference, or a similarly quick turnaround on a new service.  Microsoft has done this before when they originally released the Xbox 360 Slim directly after their press conference.  Generally speaking, Microsoft will have to make headlines in one way or another if they want to catch up to the blistering speed of the Sony hype train.

Ever since Bethesda first appeared at E3 with their stunning press conference that unveiled Fallout 4 to the world, they have proven to be a dominant force as both a publisher and developer.  2018 should be a big year for Bethesda, coming hot off the heels of Skyrim VR and Fallout VR launches in 2017.

Fans should expect to see new announcements from their favorite franchises in this conference, with a focus on existing properties like DOOM, The Elder Scrolls Online, and new details on the recently teased Fallout 76.

Bethesda was also a victim of recent leaks, as one of their most surprising games, Rage 2 was leaked to the public early.

With Fallout 76 shrouded in mystery and Bethesda’s usual habit of stunning their audience with cool surprises, this will definitely be a press conference to keep an eye on.  Personally, I’m hoping for a sequel to DOOM (2016), but we might have to wait until E3 2019 for that one.

Although Square Enix usually shows up at E3 in some capacity or another, they usually don’t have a full blown press conference.  This year, they’re changing up tradition, having their longest E3 press conference ever.  It seems like they only do that when they have something big to show, and with the impending release of Kingdom Hearts III, you can bet that most of their show will focus on that.  You should also expect some new content from Final Fantasy XV, as well as a release date or new trailer for the much anticipated Final Fantasy VII Remake.

Besides making RPGs, Square Enix also functions as a pretty successful publisher.  While I don’t think that this press conference will be a headline leader (besides the Kingdom Hearts III and Final Fantasy stuff), it will still be interesting to see what Square has to bring to the table.

Ubisoft press conferences are arguably the most entertaining of the bunch, and year after year they are a treat to watch.  Besides being pretty entertaining, Ubisoft pressers have been known to be packed with awesome trailers and exciting new surprises.  A recent leak showed off a brand new Assassin’s Creed game called Assassin’s Creed: Odyssey, which will take place in ancient Greece.  You can expect to see a full gameplay trailer as well as a release date.

See you at E3! pic.twitter.com/03NTPhCkCf

With all the recent Splinter Cell content in Ghost Recon: Wildlands, I would bet on a traditional Splinter Cell reboot being announced as well.  As always, you should expect some more dancing games, but between Far Cry, Assassin’s Creed, Tom Clancy licenses, and Watch Dogs, I’m sure that there will be plenty of awesome stuff at Ubisoft’s press conference.  Who knows, maybe we’ll see an even cooler crossover than Mario + Rabbids: Kingdom Battle?

Sony is coming into E3 2018 firmly sitting at the top of the food chain.  They’ve been absolutely dominating the market with excellent software, quality hardware, and innovative new tech like the Playstation VR.  This conference should be a mix of new announcements and more information about previously announced games.  We’ll definitely see more about The Last of Us 2, Days Gone, and Call of Duty: Black Ops IIII. While I’m not holding out for a sequel to Horizon: Zero Dawn, it wouldn’t be unlikely to see a surprise announcement of this caliber. 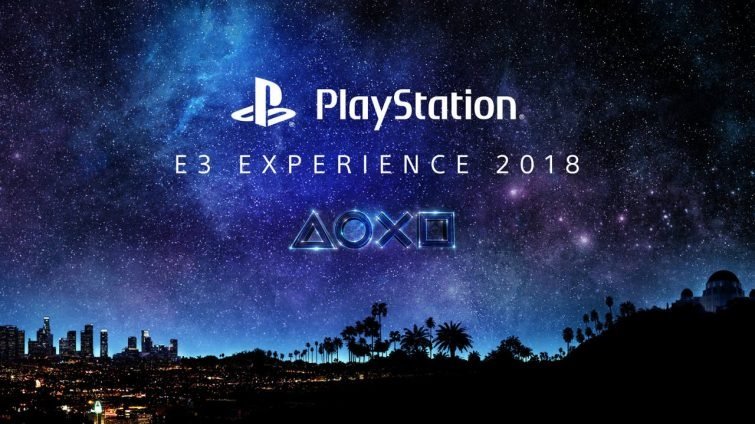 Sony will also have to brush up their online offerings, such as updated pricing and improved functionality of PlayStation Now.  Although Playstation Now has been a reasonable success, the Xbox Game Pass outperforms it in nearly every way, and Sony should follow suit if they’re smart.  Many fans are hoping for the ability to change their PSN handle, and given just how long PS4 fans have been begging for this, it would be a good inclusion in Sony’s announcements.  If anything, the Sony showcase will be full of fantastic looking games, and if you’re curious about what this holiday’s best games will be, you should definitely check this conference out.

If recent leaks are to be trusted, we can also expect things like Bloodborne 2, Resident Evil 2 in VR, a Bioshock game in VR, a new SOCOM game, and more.

If there is one company that consistently gives us great E3 showcases full of surprises and announcements, it’s Nintendo.  With the Switch smashing sales records worldwide and easily becoming one of the fastest selling systems ever made, Nintendo is in a great spot to put out some massive hits and please longtime fans.  With recent Mario and Zelda releases on the Switch, we won’t see new entries in these franchises for a little while, which opens up possibilities for all sorts of other titles to shine in the spotlight. 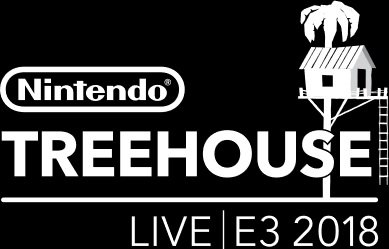 We’ve already seen a teaser for Metroid Prime 4, and will definitely see a full trailer with a potential release date.  Fans can also expect to see tons of content related to the new Super Smash Brothers, and this Nintendo Direct will settle the current internet debate over whether or not it’s a port or a brand new game.  We should see some familiar faces as well, such as Yoshi, Kirby, and maybe a bit from Star Fox if we’re lucky.  This Nintendo Direct will also bring a plethora of information about their online service that launches in the fall, detailing the NES game streaming service that has been announced.  At the very least, this will be an information packed Nintendo Direct that should have something for everyone.

For more E3 coverage such as full conference wrap ups, trailer reactions, and our general thoughts, be sure to bookmark the site and check back in as E3 takes place the week of June 8th, 2018!