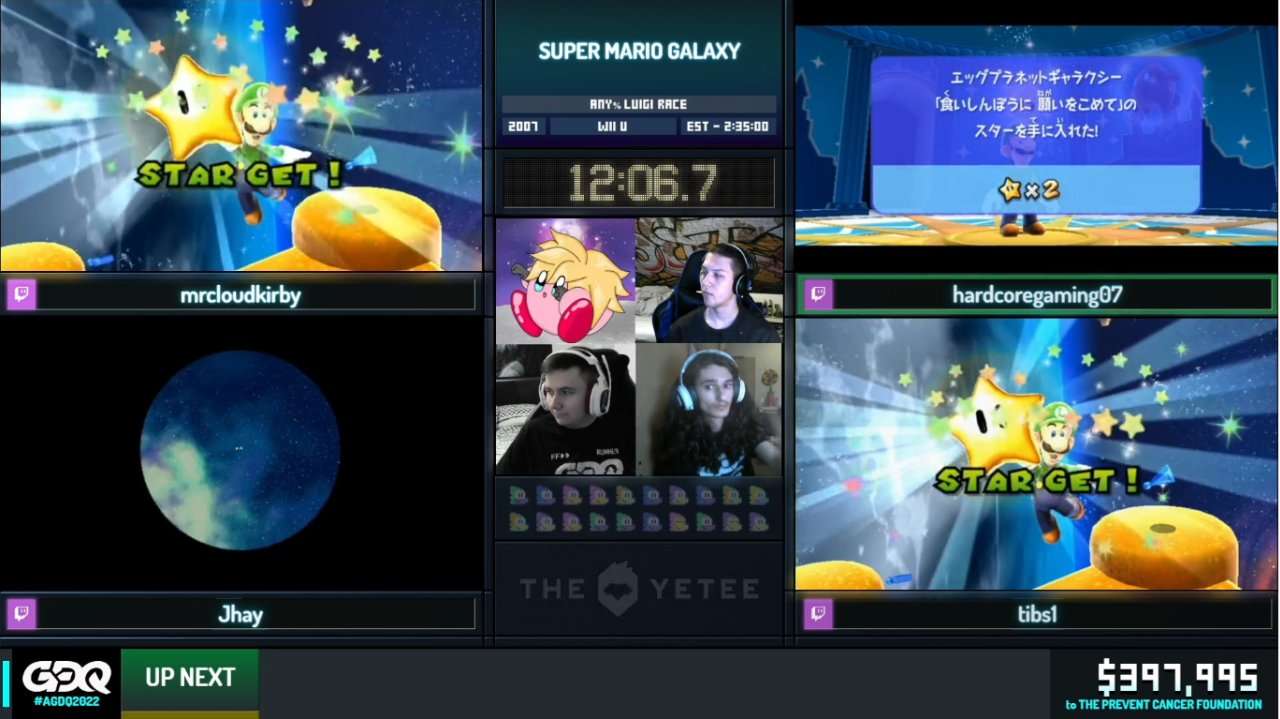 Awesome Games Done Quick 2022 continued today, offering a full 24 hours of speedrunning fun, all in an effort to raise money for the Prevent Cancer Foundation. Streamed live on Twitch, the marathon pulled in over 100,000 viewers as it sped through its second day of scheduled speedruns. AGDQ 2022 day two started off with some indie games in the early morning hours, followed by an eclectic afternoon of games from all genres. Best of all, there were two world records achieved live on stream, which is always a pleasure to see. With a day packed full of speedruns, it was impossible to watch every single one, but we did our best to keep up with things. Here are our picks for the best speedruns of AGDQ 2022 day two!

If you want to watch any of these speedruns, you can find the replays on Games Done Quick’s Twitch channel or their YouTube channel. Day two of AGDQ 2022 was packed to the brim with entertaining runs to watch, so we recommend checking out anything that catches your eye. With the marathon less than halfway, you can still expect loads of more content throughout the week. For now, these are our picks for the best speedruns of AGDQ 2022 day two.

Bust-A-Move is one of our favorite arcade puzzle games, so it was a pleasure to see speedrunner poshi perform an ultra-quick run of Arcade Mode in Bust-A-Move 4 at AGDQ 2022 day two. To amp up the challenge, poshi also played the game on Expert difficulty, which minimizes the room for errors. The concept of Bust-A-Move is easy enough to understand – players must clear the stage by shooting colored bubbles into piles, which pop once three bubbles of the same color are connected. This early morning run of AGDQ 2022 day two raised the energy levels and excitement, with plenty of hype-worthy moments and close calls. With skillful play and entertaining reactions, poshi smashed through the estimated time limit and clear Bust-A-Move 4 with plenty of speed.

Crash Team Racing (Any% No Major Glitches) by hypnoshark

We’ll be honest; speedruns of racing games can be a bit repetitive to watch. However, this fantastic run of Crash Team Racing by hypnoshark was notably engaging and had us glued to the screen. As a “No Major Glitches” category speedrun, hypnoshark relied on nothing but his immense skill to clear the game, utilizing only a handful of unintended shortcuts along the way. Apart from one blunder, the run went off almost flawlessly, succinctly showcasing hypnoshark’s skill. After the run was done, there was a glitch showcase to enjoy as well, featuring some wacky visual glitches and game-breaking strategies. For kart-racing fans or just fans of speedruns in general, we definitely suggest checking out this Crash Team Racing run from AGDQ 2022 day two!

Kena: Bridge of Spirits (Any%, No Major Glitches, Hard) by InsertLogic

Kena: Bridge of Spirits was a sleeper hit when it was released last year, combining fantasy vibes with deceptively tough combat and platforming. Runner InsertLogic performed a stellar speedrun of the game’s “No Major Glitches” category on Hard mode, showcasing a variety of tricks and skips with flashy finesse. Despite being an NMG run, there were still some pretty significant glitches used, including a “hyper dash” that allowed the runner to fly over large sections of a level in seconds. With skill and speed, InsertLogic fought through multiple bosses and finished the game in under 30 minutes, setting a brand new world record in the process! This is the first world record achieved live on the AGDQ 2022 stream, but we doubt it’s the last.

As demonstrated by coolkid’s Mega Man 2 speedrun on the opening day of AGDQ 2022, the Mega Man franchise always makes for good speedrunning. That rang true yet again on day two of AGDQ 2022, as runner Luiz Miguel pulled off an exceptionally tough 100% speedrun of Mega Man X4 for the Super Nintendo. Thanks to a donation bid-war, Luiz blazed through the game as Zero, the sword-wielding alternative character who makes the game a bit tougher. Despite a rough start and some poor RNG, Luiz eventually found a groove, showcasing their skill with tons of movement tech and button mashing. Simply put, we can’t get enough Mega Man speedruns, so we found it easy to chill out for this wonderful run of Mega Man X4.

Psychonauts 2 was a strong contender for our favorite game of 2021, as we had a great time playing it for review when it was released last year. As expected, we had a great time checking out this “Any%” run of the game by the current world record holder, ItzBytes. The run contained solid platforming, calculated combat, and some mind-blowing tricks, including the “prop flying” technique that sends the player flying into the air. The fun and laid back commentary made it easy to understand everything happening, with some added story context for those watching who were unfamiliar with the game’s lore. The only bad part about this speedrun is the hefty spoilers at the end, as Psychonauts 2 has a remarkably compelling story that is best experienced fresh. With that said, if you’ve played Psychonauts 2 but haven’t seen a speedrun of it yet, we recommend checking out ItzBytes’ run from AGDQ 2022 day two!

Super Monkey Ball: Banana Mania is one of the hardest games of the generation, full stop. After grinding our way to completion last year, we have a renewed sense of respect for speedrunners of the Monkey Ball franchise. This Story Mode race between runners PetresInc and Helix demonstrates that difficulty perfectly while simultaneously offering some unbelievably impressive gameplay. Rolling their monkeys from start to finish at a blistering pace, both runners competed with admirable spirit while offering moment-by-moment commentary that helped explain the more nuanced tricks. Besides being entertaining, it was also thrilling from a racing perspective, with multiple lead changes and a clutch finish. As an added bonus, there was an extra race of the Dark Banana challenge mode at the end, giving us even more Monkey Ball goodness. We can’t recommend this speedrun race enough, as it was easily one of the best speedruns of AGDQ 2022 day two!

One of the last speedruns of AGDQ 2022 was this excellent four-runner race of Super Mario Galaxy, which offered a few hours of prime Nintendo speedrunning content on day two. Playing as Luigi, the far greener and more versatile brother of the plumbing pair, these four runners hopped, long-jumped, and spun their way through the cosmic 3D platforming adventure. Considering that this race lasted for more than 2 hours, the pacing between the runners was notably close, with several lead changes and upsets. While there were a few small movement tricks and glitches, the majority of this speedrun came down to pure Super Mario skill. Big speedrun races are always fun to watch, and this Super Mario Galaxy run was a great way to bring AGDQ 2022 day two to a close.

With AGDQ 2022 day two in the books, the marathon has already raised over $450,000 for the Prevent Cancer Foundation. The surge of donations throughout day two was amazing to see, with some exceptionally generous contributions popping up every few hours. We’re sure that day three of AGDQ 2022 will bring even more heartwarming donations, pushing ever closer to that $3 million goal.

We’ll be covering the entire AGDQ 2022 marathon throughout the week with daily recap articles, so be sure to check back frequently for our favorite speedruns of the event. You can also catch our live coverage on our Twitter page, where we’re reacting to major moments and hype-inducing tricks. Until tomorrow, enjoy the marathon and don’t forget to take a nap!