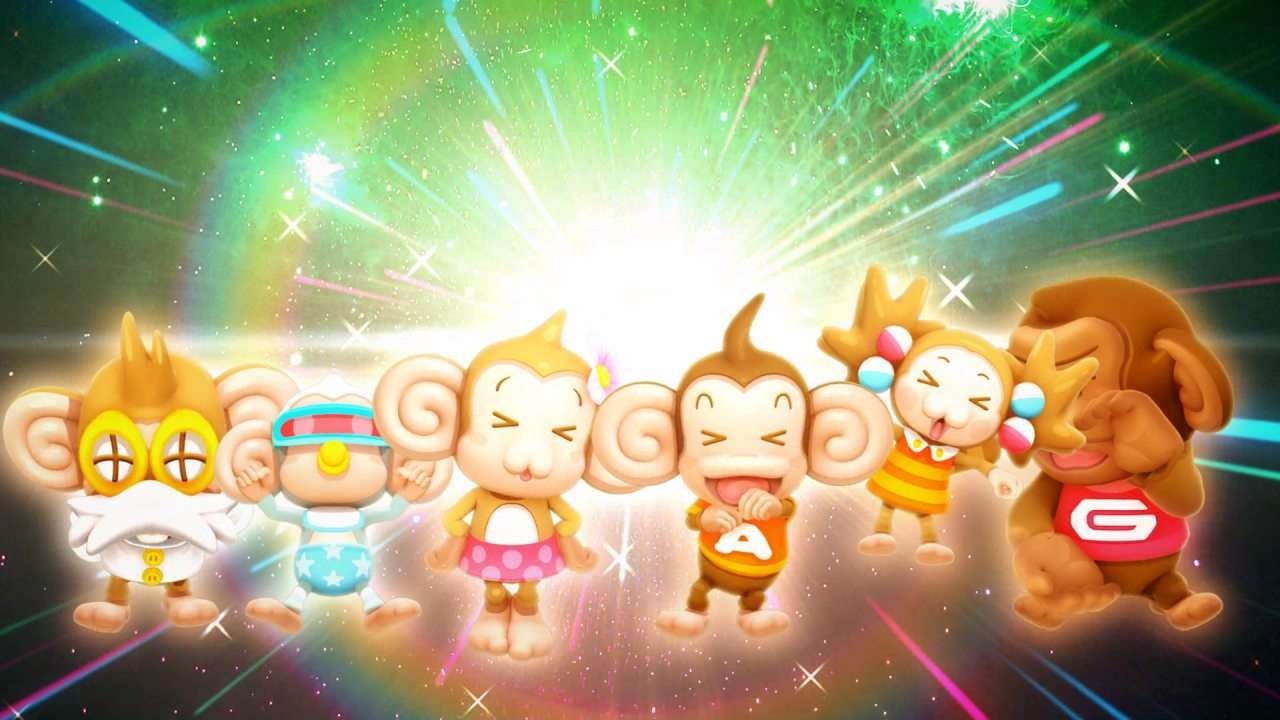 Super Monkey Ball Banana Mania is a gleeful celebration of the franchise’s 20 anniversary, marking two decades of jovial yet challenging ball-rolling fun. Through its simplistic concept – rolling a monkey in a ball through dozens of obstacle courses – Super Monkey Ball has remained enjoyable since its debut on the Nintendo Gamecube in 2001. Banana Mania offers beautifully remastered versions of every level from the first two games, as well as the exclusive stages from Super Monkey Ball Deluxe, totaling over 300 courses to test your rolling skills. Along with a variety of game modes, including 12 multiplayer mini-games, Banana Mania attempts to provide a chaotic yet addictive action experience for both longtime fans and brand new players. While the monkeys are undeniably adorable, is Super Monkey Ball Banana Mania worth your time and cash? Let’s see if this compilation celebration is worth going bananas over!

Super Monkey Ball Banana Mania compiles hundreds of courses for players to roll through, spread across a variety of modes, ranging from a straightforward campaign to specific playlists with exclusive gameplay mechanics. Every stage has been doused with a shiny new coat of colorful paint, and some courses have been slightly altered to lessen the difficulty.

In the main Story Mode, you’ll work your way through ten themed worlds, each with ten courses to complete. Although it’s called Story Mode, you won’t find much of a plot here, except for a few simplistic cutscenes between each world. In short, the evil Dr. Bad-Boon is causing havoc and stealing everyone’s bananas, so it’s up to the Super Monkey Ball squad to take him down. Every world carries a central theme and color palette, from the lush and tropical forest of Jungle Island to the sleek, futuristic platforms of the Space Colony. The objective on each course is as simple as can be – guide your ball across treacherous platforms and cross the goal line before time runs out.

The levels in Story Mode have been pulled from both Super Monkey Ball and Super Monkey Ball 2, resulting in a mixture of the most memorable levels from both games. If you’d rather experience these courses in their original order, both SMB and SMB2 have designated “challenge” and “practice” modes, allowing you to experience the stages as desired. If you want to spice things up, there are also five additional Special Modes, each of which offers a unique take on course completion. For example, Golden Banana Mode tasks you with collecting all bananas on a stage before crossing the goal line, while Original Stage Mode presents a gauntlet of 23 punishing stages in their purest form.

No Need to Get Frustrated

Whether you’re a hardened Monkey Ball veteran or a blissfully unaware newcomer, there’s one painful truth you must face. Regardless of your skill, you’re going to get very, very frustrated with some stages. Even with the rebalanced difficulty that Banana Mania totes, there are still a handful of stages that are infuriating, requiring ultra-precise timing, luck, or a general miracle to complete.

When it comes to the Story Mode, most players should have no problem completing the first few worlds, but it doesn’t take long before significant roadblocks appear. Some stages, such as “Launchers”, the fourth level in world six, rely completely on luck, leading to dozens (if not hundreds) of retries. If you’re anything like me, you’ll likely bash your head against these stages again and again until you somehow complete them or you’ll just rage-quit altogether. Luckily, Super Monkey Ball Banana Mania introduces a handy new feature called “Helper Function” to ease your pain.

If you fail a stage five times, you’ll be prompted to turn on the Helper Function, which makes stages a bit less bothersome. While Helper Function is enabled, you get double the amount of time to clear a stage, arrows that show the proper path past obstacles, and a slow-motion button that makes dastardly turns much more manageable. If that’s not enough to help you through the stage, you can also enable the jump feature found in later Super Monkey Ball games, allowing you to breeze over complex mazes and clear difficult jumps with ease. If you enable the Helper Function, your clear time won’t be counted on the leaderboards, but that’s a small price to pay when you’re seconds away from calling it quits. Although most challenging levels can be completed with enough practice, the Helper Function is a nice way to alleviate the anger that will undoubtedly arise.

While rolling through obstacle courses is enjoyable enough, one of the best parts of Super Monkey Ball Banana Mania are the party games, which are playable with up to four friends in local multiplayer. There are twelve party games to pick from, including a variety of accessible sports like tennis, bowling, soccer, and golf. Some action-heavy party games mix up the fun, ranging from the top-down boxing battle “Monkey Fight” to the on-rails shooter with three full levels called “Monkey Shoot”.

As with any collection of party games, there are a few stinkers in the pile, but most of what’s offered is both entertaining and addictive. Like the best mini-games in Mario Party, these bite-sized multiplayer modes are fantastic for players of all skill levels, but some have surprising depth. For example, the kart-racing party game “Monkey Race” has twelve unique tracks and three distinct sub-modes, including Grand Prix tournaments and Time Attack trials. Similarly, “Monkey Golf” offers 18 holes to test your swing on, as well as a mini-golf mode for some extra fun.

To round out this celebratory compilation of all-things Monkey Ball, there are a handful of additional modes that provide cosmetic goodies, specifically the Point Shop. As you complete levels in Story Mode and play party games, you’ll complete mission requirements that reward you with banana coins to spend in the Point Shop.

The shop offers a bunch of clothing options for your monkey, including hats, shirts, and some shiny new sneakers. You can also buy flashy frames for photo mode, unlock the previously mentioned Special Modes, or collect new characters to play as. You might be surprised by some of the guest characters from other popular SEGA franchises that are available, including Sonic the Hedgehog, Beat from Jet Set Radio, and even Kazuma Kiryu of Yakuza fame.

If you grew up playing Super Monkey Ball on the Nintendo Gamecube and you’re looking to relive some of that nostalgia, you should definitely go out and pick up Super Monkey Ball Banana Mania. It offers hundreds of superb levels, a dozen party games to play with friends, and the consistently upbeat and joyful tone that only Monkey Ball can provide. With over 700 missions to complete, a long list of unlockable goodies, and a slew of unique modes to play, there’s more than enough content to make it worthwhile. If you’re up to snuff with your rolling skills, the main Story Mode should take you around 10 hours to complete, but that’s just the tip of the iceberg.

For newcomers who are entering the Super Monkey Ball arena for the first time, Banana Mania is a good place to start, but you should expect a serious challenge. Luckily, the Helper Function ensures that you’ll always be able to progress to the next level, but purists who want no help may get stuck on some of the more challenging levels. In this regard, Super Monkey Ball Banana Mania is easily one of the most difficult games of 2021, which sounds like a joke, but it’s true. If you’re willing to put up with the occasionally infuriating difficulty spikes, Super Monkey Ball Banana Mania is tons of fun, especially when you gather your friends for some party game craziness.