Twin Mirror gives you the role of the 33-year-old investigative journalist named Sam although it doesn’t let you go on the journey alone. You are accompanied by Sam’s alter ego, the double, who “acts as an occasional advisor and permanent wise-ass”. The double is a neat way to show Sam’s lack of self-confidence and his awareness to protect himself from harm.

Sam has gone through a rough breakup that he’s trying to get over and meanwhile, has to go home to Basswood to, regrettably, attend his best friend’s funeral. Sam’s hometown of Basswood is a representation of the current social and economic challenges of small-town America. After a long day and a rough night, he wakes up in a motel room and discovers blood all over his shirt and has no idea of what happened.

Now things get a little bit different. Sam can use memory visualisation and adductive reasoning to visualise the sequence of events and create a mind palace that allows you to solve the mysteries he’ll come across. Check out the trailer above to see how Sam puts together the scene of the hotel room to work out what happened to him the night before. 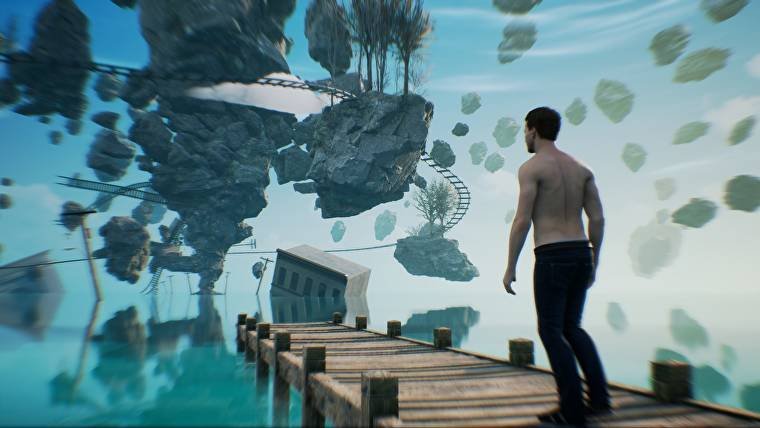 “Twin Mirror is a game heavily rooted in the concept of duality, redemption and self-acceptance and is on track to deliver a stunning emotional journey” said CEO for DONTNOD, Oskar Guilbert. “While we were scripting the player’s investigations within the game, we suddenly found ourselves researching just how far the limits of the Narrative Adventure genre could be pushed in the real world. When the dust settled, all evidence pointed towards Twin Mirror being a genre-re-defining experience. Now, we can’t wait to see how the players react when all the pieces of their investigation fall into place within the game.”

It will be interesting to see the final product of this experience. Twin Mirror releases in 2019 for the PC, PS4 and Xbox One. We’ll keep you updated on any new developments!