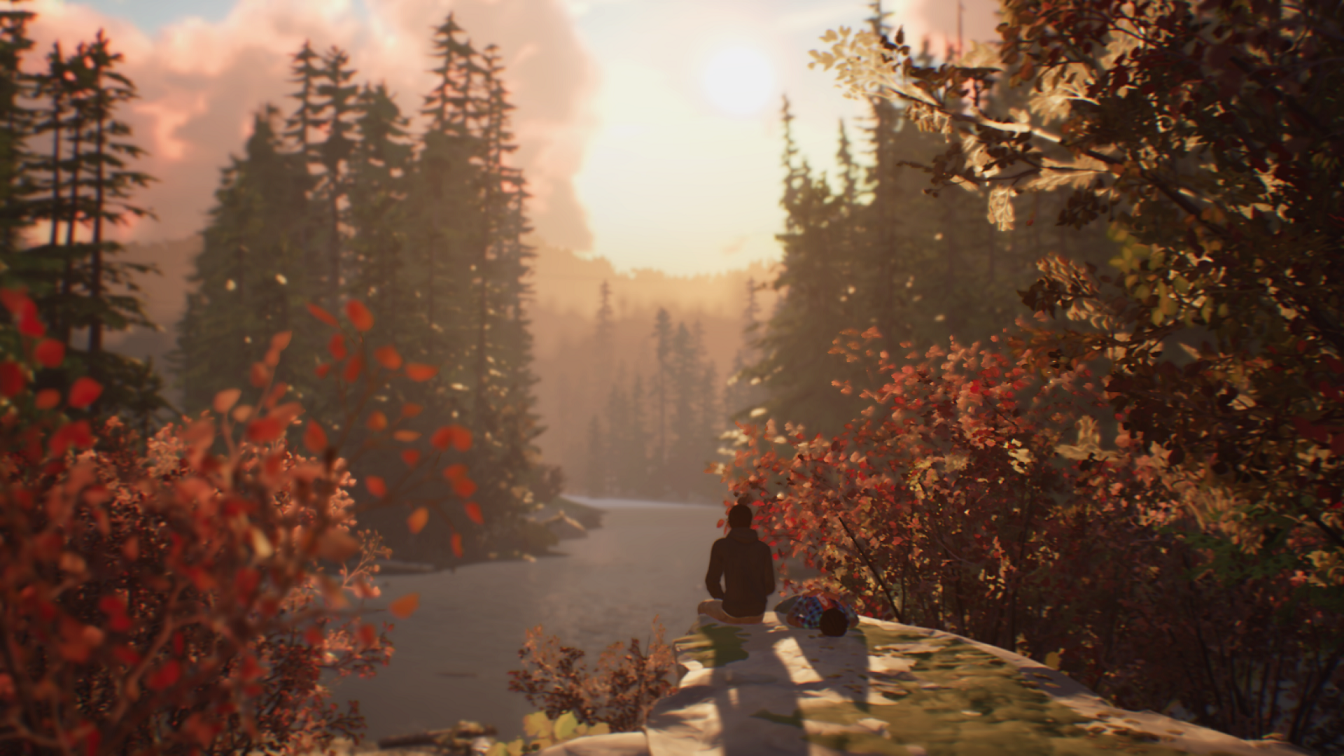 Life is Strange 2: Episode 1 Review – A Grim Tale of Brothers

Life is Strange 2 kicks off the second season of the supernatural, narrative driven adventure series. It has no overtly direct ties the characters and events of the original Life is Strange, although it is firmly set within the universe. Long gone are the days of Max, Chloe, and time traveling super powers. Instead, we are treated to a coming of age story about two brothers who are thrust into a world of uncertainty. The original Life is Strange was a cult hit, and one of the only episodic games to truly take off in the industry. Life is Strange 2 has a lot of expectations around it, and while it maintains a similar tone as the first, it struggles to draw you in. 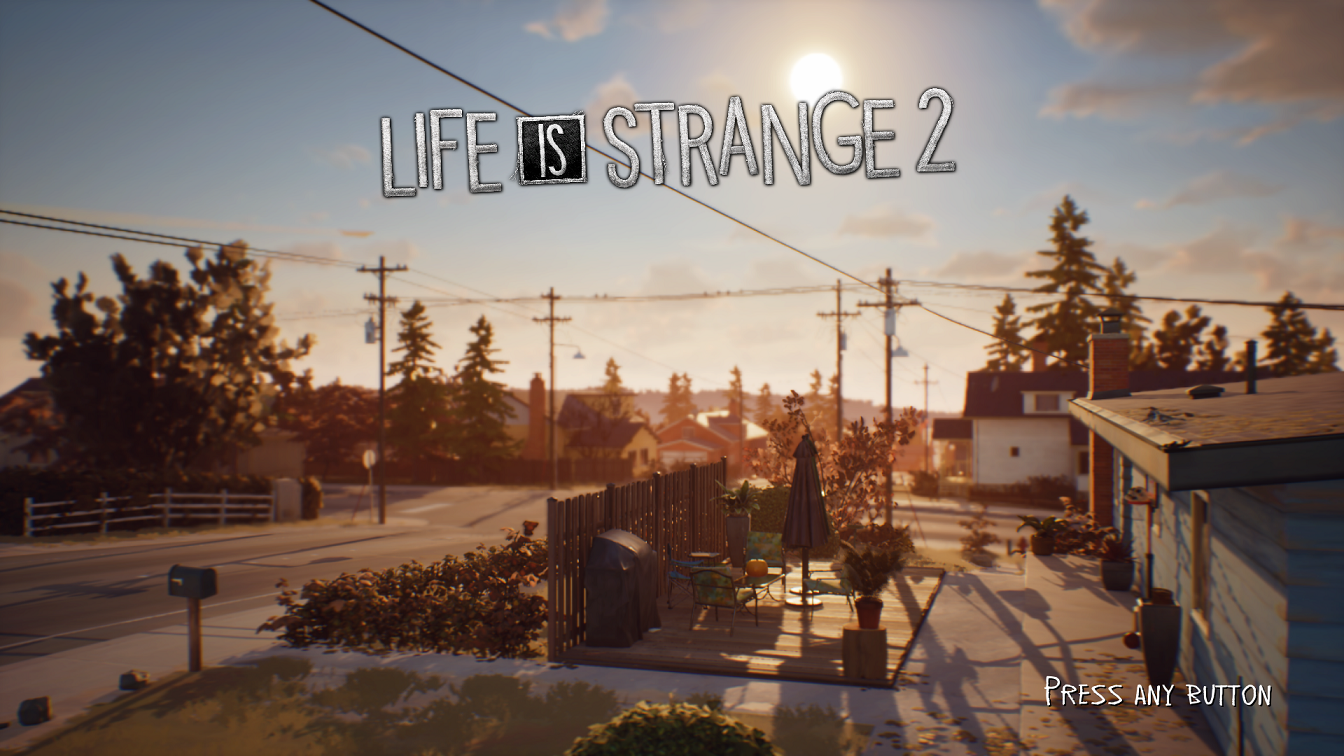 Life is Strange 2 focuses on the relationship of two brothers, Sean and Daniel Diaz. Living in Seattle, Washington, Sean deals with the standard gripes of high school while living with his nine year old brother and father. With Sean wrapping up his senior year and his family fairing well, he wonders about his future. Unfortunately, a tragedy strikes early on, causing Sean and Daniel to flee from their home. 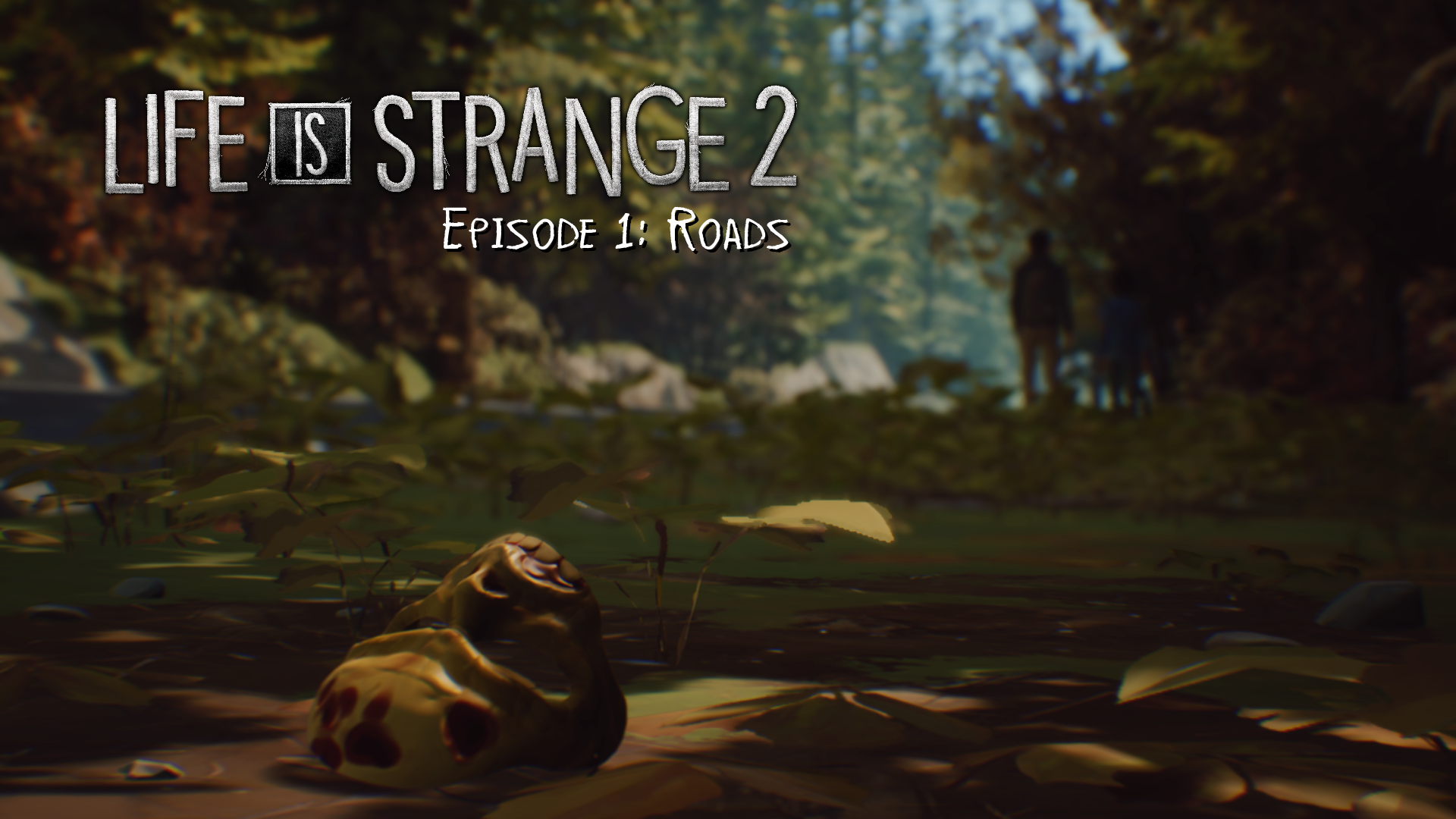 The central themes in Life is Strange 2 are important and topical, and deal with some heavy issues. Things like racism, politics, and xenophobia are brought up often. Coming from a Mexican heritage, both boys are often subject to harsh interactions from less than savory folks. Their story is all about loss, and how a brotherly bond can triumph against the worst of odds. However, these more intimate themes are pushed aside in favor of controversial sequences. 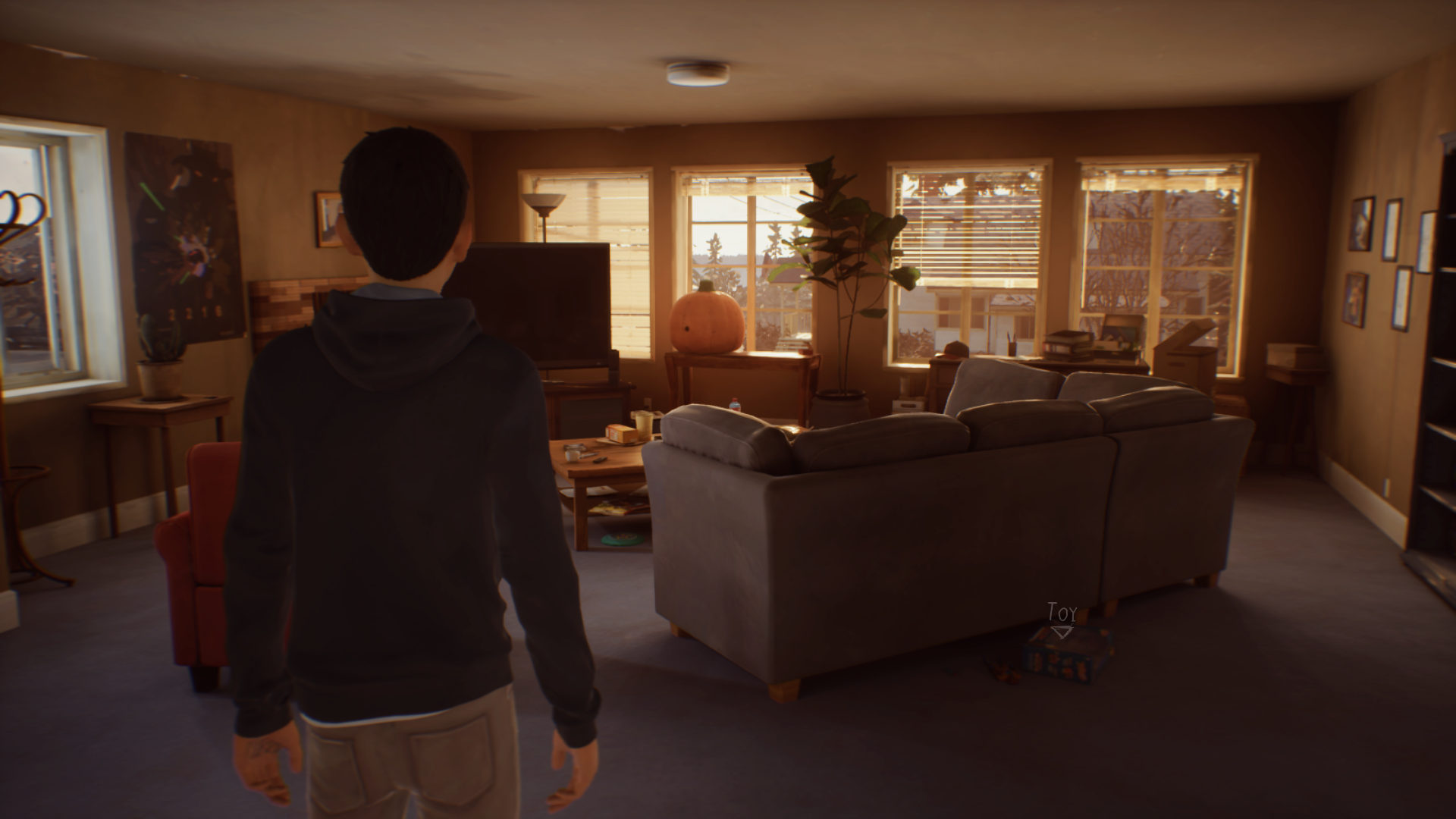 There are some emotional and interesting scenes in this episode, but the most climactic ones often deal with dramatic fluff to exacerbate the brother’s situation. The foundation of the story is rocky enough; we barely get enough time to care for any characters or get settled before the story takes a predictable turn. In fact, a good majority of Life is Strange 2: Episode 1 is very predictable. This is both a sign of how unlikable and depressing our political climate has become, and how it can be commentator on to a negative effect. I appreciated a lot of the bonding between the Diaz brothers, but I couldn’t help realizing that most other characters were outright unlikable.

Generally speaking, the cast of Life is Strange 2 is not as solid as the first. Sean is a decent protagonist, but suffers due to mediocre voice acting, oddly written dialogue, and a lack of focus. The first game made protagonist Max the center of the story, while peppering in an engaging and through provoking mystery. Although Max could be insufferable in her own ways, she was still endearing and kind. Sean is a decent lead, but lacks the personality needed to be compelling. Before the game completely shifts focus, he often complains about his circumstance, takes things for granted, and acts like a grouch. The story is pretty top heavy with teen angst, and you aren’t given enough time to see the better qualities of Sean before the story kicks off. He’s not a bad character, but besides being a good brother and a good son, he’s not very interesting. 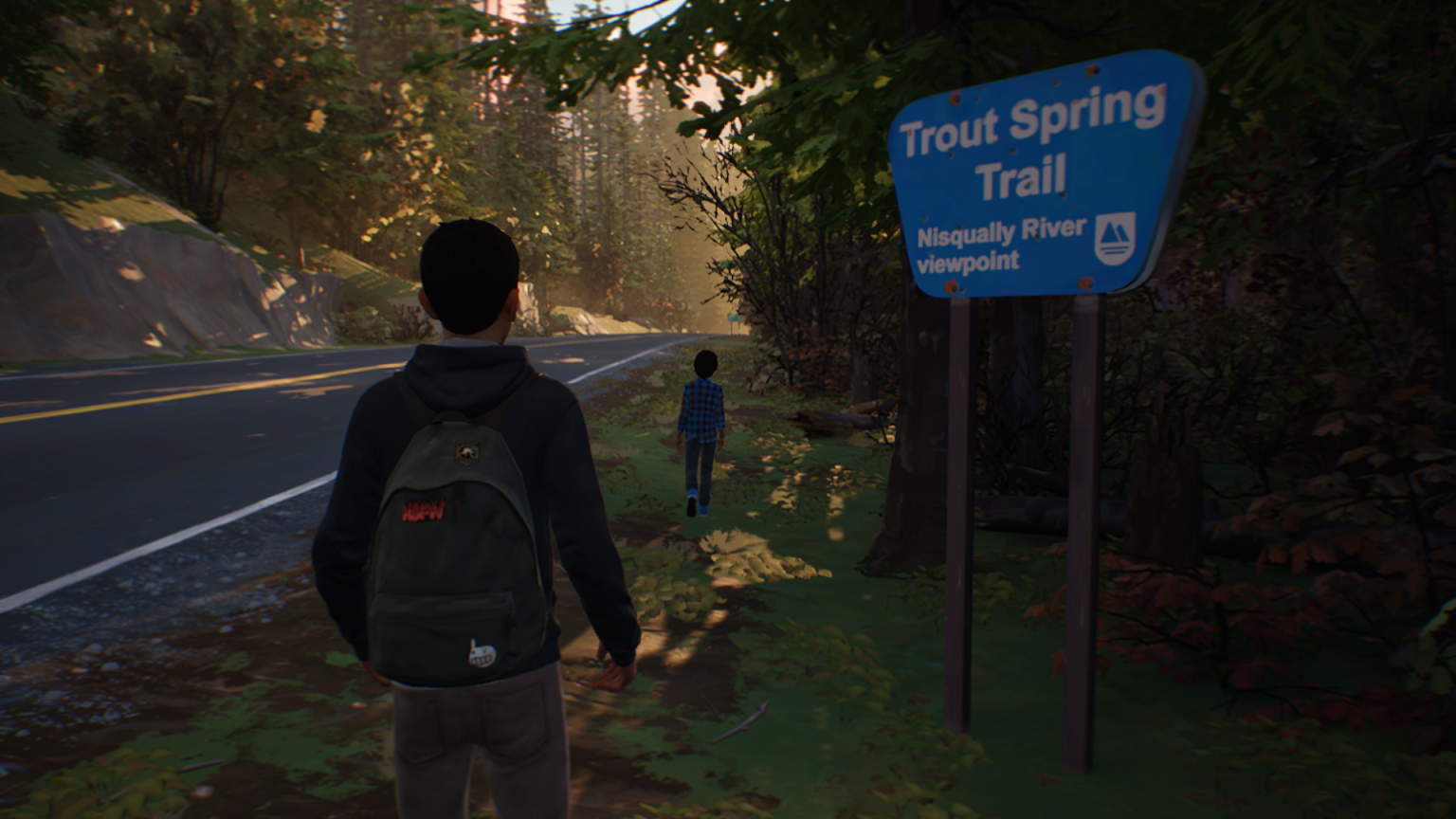 Life is Strange 2 also omits one really important thing that made the first Life is Strange so engaging; supernatural power. In the original game, Max was able to reverse time. This played largely into the story, but also had some key impacts on gameplay. There were various puzzles tied into this mechanic, which kept gameplay fresh. Life is Strange 2 does have some supernatural stuff, but it’s not implemented into the gameplay at all. Instead, it’s pushed into the background of the story, teasing us for later revelations. I didn’t expect Life is Strange 2 to have time traveling mechanics, but I at least though there would be a similar mechanic that would shake up gameplay. Instead, gameplay in Life is Strange 2 is mostly a third person walking simulator. You’ll talk to a few characters and interact with items, making some small and larger decisions along the way. This is still better than other games in the genre, but it’s a step down when compared to its predecessor.

The Bottom Line on Life is Strange 2: Episode 1

Life is Strange 2 doesn’t start off great, but there’s definitely still a chance that it can get there. The debut episode doesn’t give you enough time to care about the characters before it throws a few twists at you, and by the time you get comfortable, it overtly tries to make you uncomfortable. The game’s focus on modern social issues are commendable, but they feel predictable and ultimately disappointing. On one hand, it shines a light on some serious problems in our society (mostly in the United States). On the other hand, it does so at the expense of a compelling plot or interesting characters.

Like the first Life is Strange, the visuals are still very pretty. There’s a comfortable and warm feeling to everything, made even better by the autumn color palette. The music is also nice, but it’s not as catchy or inspiring as the stuff in Life is Strange: Before the Storm. There are some fun moments in this episode, as well as some touching moments and good character development. Unfortunately, it’s buried under predictable storytelling that doesn’t really say much. A lack of unique gameplay features makes things a bit more slow, which affects the overall pacing of the episode. If you’re a big fan of the Life is Strange franchise, this might have enough to keep you interested. However, you might be better off waiting to see how the rest of the season pans out.