I’m beginning to think that this might actually be good. And before y’all yell at me about pointless Hollywood reboots, let me explain that I hated the original Tomb Raider movies. Admittedly, there have been some real duds in the reboot department of late, including the much maligned Blade Runner 2049 and The Magnificent Seven, which was simultaneously both pointless and ridiculous.

There have also been a few gems, including The Man from U.N.C.L.E, which may even have surpassed the original television show, The A-Team and the entirety of the new Star Wars franchise (I know you may have hated The Last Jedi – I loved it, by the way – but how good does Solo look?!).

So we all have some idea of the story already but here’s a brief synopsis nevertheless. Lara Croft (Alicia Vikander) is the fiercely independent daughter of an eccentric adventurer (Dominic West) who disappeared when she was a young teenager.

At twenty-one, she’s a directionless bike courier in East London, barely making the rent and taking university courses, although she rarely makes it to class. She refuses to take the reins of her father’s global empire, refusing to believe that he’s really gone. 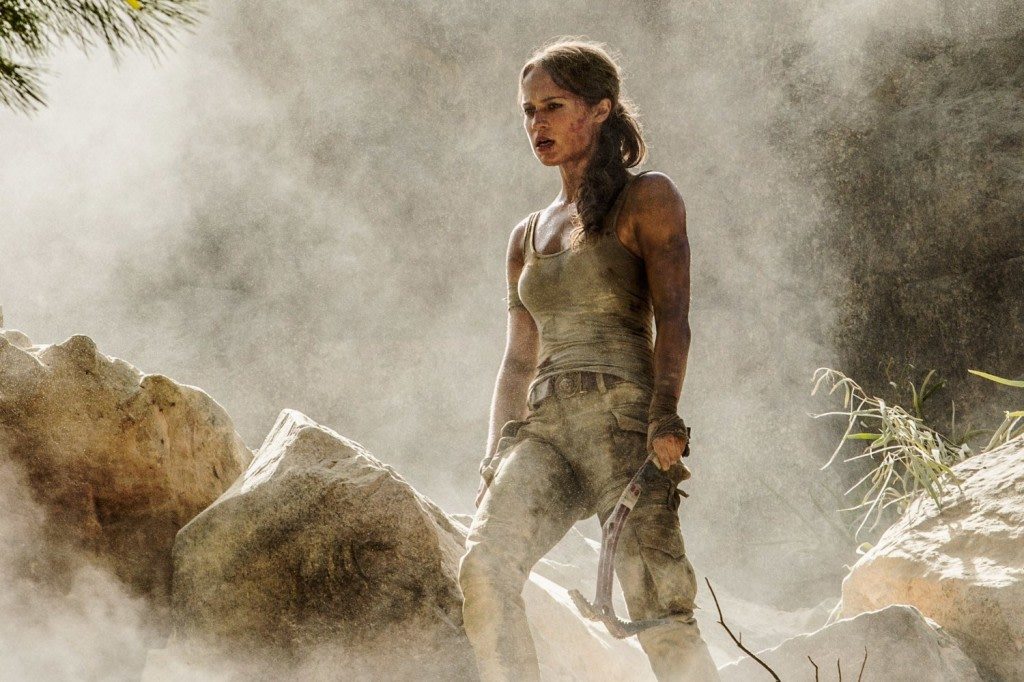 After seven years without him, she defies his final wishes and leaves everything she knows behind in search of his last destination: a fabled tomb on a mythical island, possibly located off the coast of Japan. Just reaching the island is treacherous but the stakes become far higher when she finally does and clashes with the last survivor of her father’s expedition, Mattias Vogel (Walton Goggins).

Vikander, best known for her roles in Ex Machina and The Danish Girl, underwent four months of grueling training and said some scenes left her in crippling pain. This version of Lara is very much not the woman from the Angelina Jolie movies or the original video games.

Swapping those ridiculously tiny shorts for a far more practical pair of trousers – as a former archaeologist, I can confirm that they’d be entirely impractical, even without the Indiana Jones-style heroics that Lara gets up to – she is (finally) more than a sex symbol this time around.

Directed by the wonderfully named Roar Uthaug, and co-starring the likes of Daniel Wu and Kristin Scott Thomas, Tomb Raider doesn’t seem like another pointless update. The original movies always had the potential to be good but they never quite made it there for me because they were so unrealistic. This feels like another Kong: Skull Island (and kind of looks like it, too) but with a badass woman in the lead role (not that I’m complaining about Tom Hiddleston, you understand).

You can find all the release dates here.