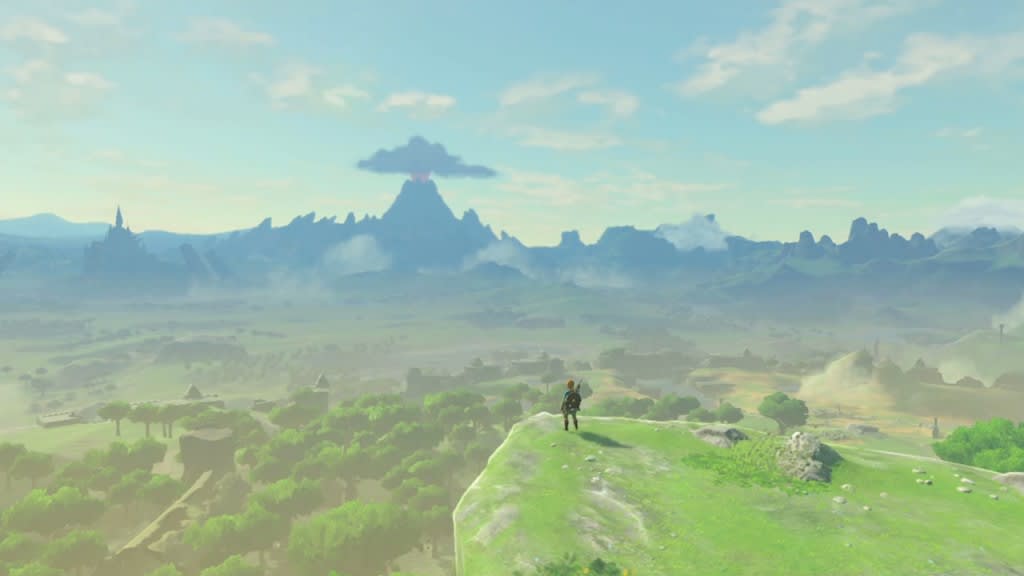 After falling in love with Ocarina of Time as a teen, I bounced off of Wind Waker, Twilight Princess, and Skyward Sword. Since BotW reinvigorated my love for the franchise, I thought I should give the previous three another go, starting with Wind Waker HD.

After just a few hours with Wind Waker, I was stuck immediately with some large differences that helped me understand why some franchise vets hated the changes made in BotW. 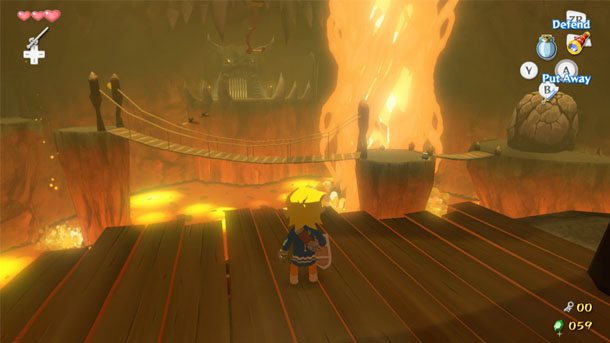 Playing Wind Waker I was shocked at how long the first meaty dungeon was. I must have spent a solid two hours slowly picking away at each room, working my way to the final encounter. Although long, it was beautifully paced, never leaving me frustrated or bored, which is impressive considering you spend a large chunk of time not knowing what to do until each solution is discovered.

The dungeons in pre-BotW 3D Zelda games were large undertakings that truly felt like the epic set pieces they were. The sense of accomplishment of each room builds to the final piece of the puzzle as you get closer to each solution. The room layout is often planned intelligently to minimize backtracking and avoid confusion. The dungeons maintain a strong theme throughout and stick with me years after.

Ocarina’s Deku Tree was my first and it was a masterful introduction to the franchise’s way of dealing with dungeons in 3D. The emphasis was on environmental puzzle solving and scanning each room for clues. The first time diving from as high as possible to break the ground webbing was an exhilarating epiphany. It perfectly set the tone for how to deal with every dungeon moving forward. Top down Zelda was about reflex-oriented arcade action. 3D meant we could see in a new space and Nintendo used every inch and dimension to tell their new story. 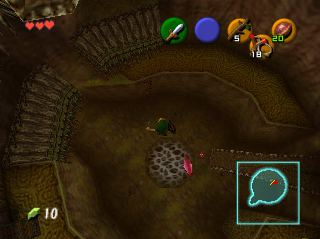 Many critics of BotW found the Shrines and Divine Beast dungeons disappointingly short and too similar. If a franchise fan spent several hours waiting for to really dig into a meaty labyrinthine temple, then I can see how their hopes were crushed.

While I enjoyed the older style of long dungeons, I preferred how BotW broke up the content into easily digestible chunks. Since the game is truly open rather than linear, the smaller challenges allow you to easily customize your experience. You can pick and choose whether to solve a Shrine, battle an enemy outpost, explore a mountain, get some villager downtime, in small sampler sizes. I enjoyed the ability to tailor my game session based on what I was feeling at the moment, but I can see how fans waiting for the full course never felt fully satisfied.

Previous Zelda games were linear so the experience could be controlled and paced. In between the lengthy dungeons were lengthy sections of story, exploration, and light side quests to balance the experience.

The Zelda franchise is known for having some of the most memorable and effective scores in gaming history. Ever since the original Zelda theme, fans have gotten used to rousing heroic anthems, pushing you onward to the next large challenge. Town themes bounce happily, punctuating the contrast in an environment. Tense story swerves often weave mysterious and foreboding melodies, singing the darker turn of events.

Breath of the Wild doesn’t have rousing, catchy themes because they would become incredibly irritating after hours of open-ended play. Super Mario Bros can have a catchy theme because the levels last only a few minutes. Guile’s Theme from Street Fighter II could get extremely epic and dramatic in a few minutes because the fights were designed to be just as short.

FF IX is a great example. The map theme is ambient and relaxing. The melody notes inspire adventure but the sounds are soft. Random battles occur every few minutes and switch to a much more intense theme, that also only lasts a few minutes. The player doesn’t have time to get sick of either.

An RPG like Morrowind/Oblivion/Skyrim is similar to Breath of the Wild, featuring long stretches of exploration without being able to predict how the player will spend their time. The scores for in this situation have to be much more sparse to avoid being irritating. Long pauses between notes let the player set their own pace. Breathy instruments mimic the sounds of nature. A lack of hard percussion doesn’t encourage the player to hurry at any pace.

There are rousing pieces for bigger setpieces, but fans wanting a typical ‘Hyrule Field Theme’ won’t find one in BotW

A popular complaint and the hardest to defend, as you could argue that doing away with weapon durability completely might not have any negative effect on the experience.

Again, this feature has to do with the gameplay style. Linear Zelda controls the time you spend with different weapons and items. Get the Boomerang in a dungeon and you know you’re going to be using it heavily for the next few hours.

Breath of the Wild drastically increased the variety of weapons, with various attack animations and elemental strengths. Like the core gameplay loop, the weapons are supposed to be rotated through as small samples, adapting to the situation. While breaking rare weapons always sucks and there should have been some way of grinding out an invulnerable weapon of some kind, most enemies drop more than enough weapons to keep you stocked up.

The system also encourages experimentation, which is another cornerstone of BotW. There are some mind-blowing videos of BotW hacks that people are still discovering over a year after launch. Players might not figure out the easter eggs if not forced to use them.

The durability mechanic didn’t affect my overall enjoyment, but I definitely used my favorite weapons sparingly to avoid breaking. A compromise could have been reached by increasing the durability system wide and offering the player some kind of quest or ability to upgrade their favorites.

I’m sure I’ll uncover more differences as I play through more of Wind Waker and Twilight Princess but those are the most glaring. Chime in below with your thoughts.