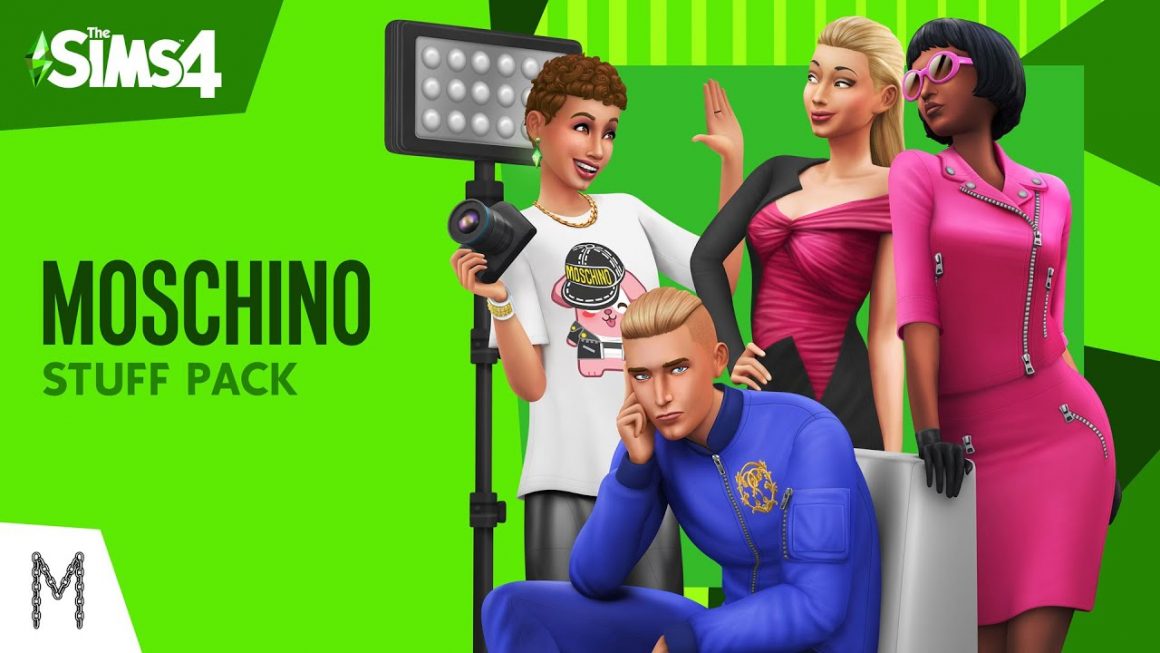 The latest expansion for the Sims 4 launching after the total rebranding of the game doesn’t exactly inspire confidence for the future of the franchise. Moschino Stuff is the 15th stuff pack for the Sims 4, and retails at $/£/€9.99 in most versions of the Origin store, meaning that depending on your currency you could be getting a better deal. Moschino Stuff was released in collaboration with the Italian high-end fashion brand. They have also released a Sims related fashion line featuring many common items with the new CAS items. This is not the first time the Sims team have partnered with a fashion brand, although it is one of the weirder considering the hefty price tag. It’s safe to say this is probably one of the most controversial stuff packs for the Sims 4, but what is actually included?

As Moschino Stuff is based on a fashion brand, you’d expect the new CAS items to be more numerous than usual right? Well, you’d be wrong. Moschino Stuff includes 25 new CAS items, most of which are for female adult sims. This is to be expected, considering the Sims team usually cater far more to female fashion and rely on the fact that any sim can wear any fashion choice now. The gimmick of this pack is that most of the items available in the game are for sale on Moschino’s website too. If you fancy picking yourself up a swimsuit covered in plumbobs and match your sims then you can for the price of £208. Not all items from the real fashion line are included though, as there are roughly ten items not included in this pack from the Moschino line. The CAS items are mostly fine, but they very clearly suit a high-end style of play such as Get Famous. The clothing is all very eccentric and over the top, so if you’re planning on playing with very rich sims then you’ll probably use these items more than others. I do quite like what is included, but I was very underwhelmed by the variety. 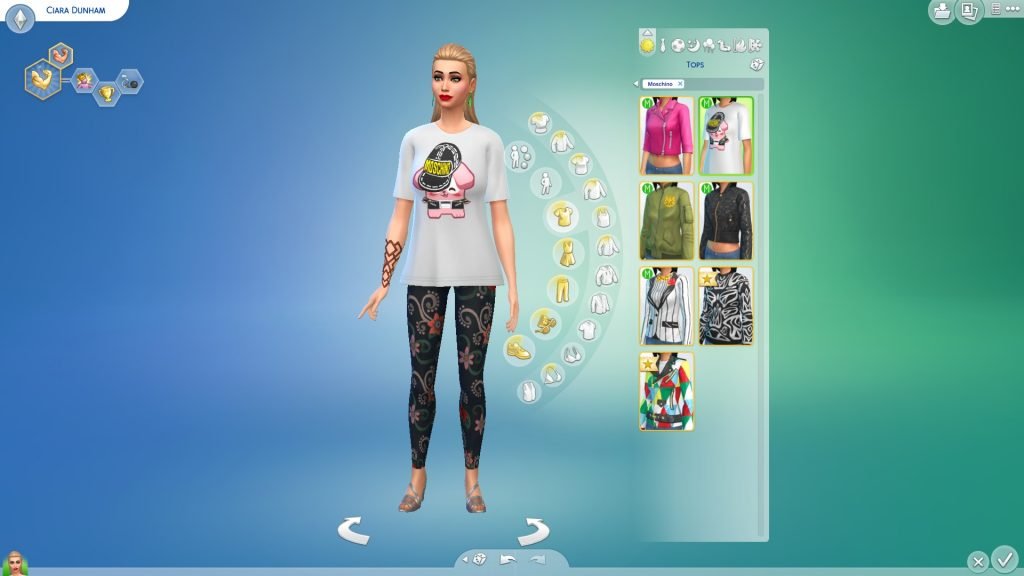 However underwhelmed I was by the CAS items included in Moschino Stuff, I was even more so let down by the Build Mode objects introduced. Most build items are to do with photography skill, which would be fine except they are mostly cluster objects and unusable. Nothing particularly matches with existing furniture sets, except maybe the Get Famous aesthetic. All the furniture is expensive looking, with very little on offer for a more low key play style. I wouldn’t mind this so much if the pack leaned more heavily on fashion, but unfortunately, this is not the case. It definitely seems like the developers included fewer objects in Moschino Stuff than usual, but that might just be because it’s the first stuff pack since the more controversial My First Pets Stuff. I can’t see myself using many of the Build Mode objects on offer here, but maybe that’s just me.

Possibly the most enjoyable aspect of this pack is the expansion of the photograph skill. There are a few Build Mode objects related to the skill. Including a tripod, backing lighting, and new screens. There are also new markers for sims to stand on when they get their photos taken, in addition to new poses and photo frames for you to put custom pictures in. There’s also a new freelance career, allowing your sims to become a fashion photographer. If you reach the highest level, you’ll unlock the only new camera. The developments in photography are surprisingly enjoyable, and I really enjoyed adding my custom snaps to the new frames. All of this could have absolutely been added to a different pack though, or even as a free update like with gardening.

Maybe it’s down to the development team not wanting to overload the Sims 4 and make it unplayable for a portion of their players, but the Sims 4 seems to be on a downward spiral in terms of the value of content. Including so few CAS items in a fashion stuff pack is just inexcusable really. While I can see myself using the clothing and accessories added with Moschino Stuff, there’s absolutely no way I’d use it enough to justify the 9.99 price tag. This is just a thoroughly disappointing pack unless all you want to do is play as celebrities or with a photographer. The price for what you are getting is extortionate, and as such I simply can’t recommend Moschino Stuff at all unless you get it for free or at a massive discount. Here’s hoping that the quality of this pack is down to shady brand deals and not an ominous glance at the future of The Sims.