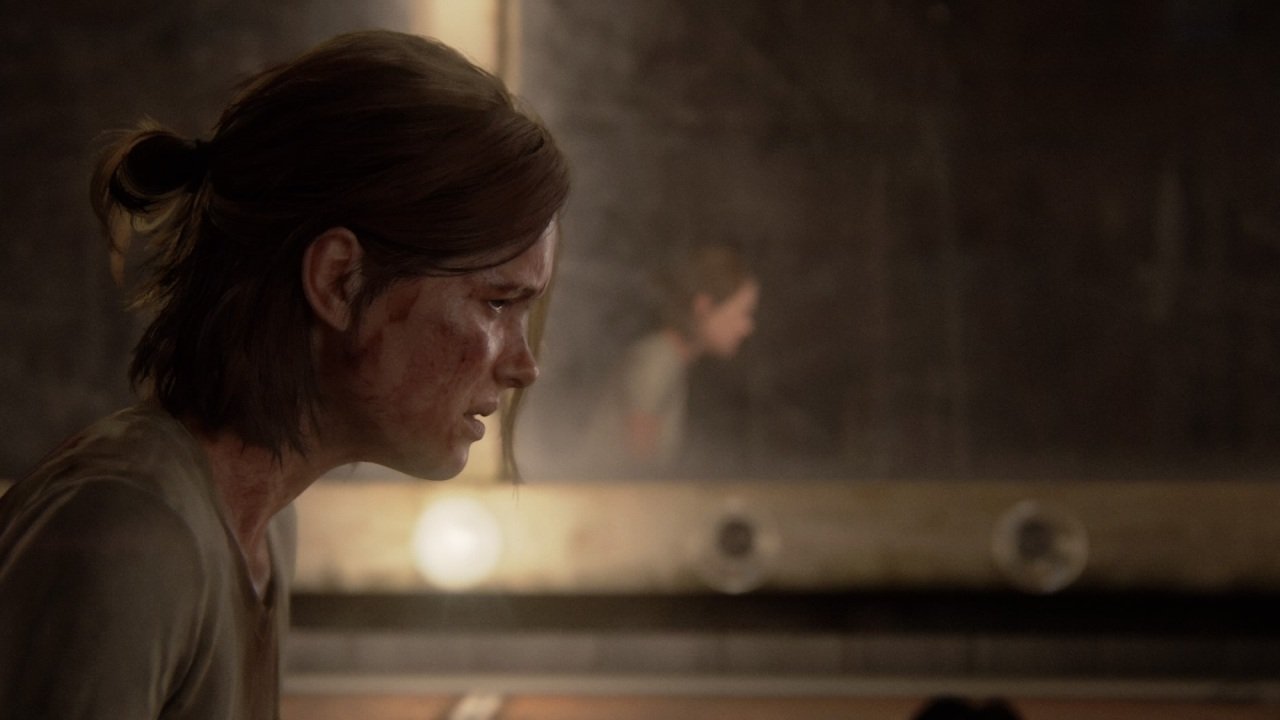 The Last of Us 2 Review – A Stealthy and Sad Sequel

The Last of Us 2 is the massively anticipated sequel to the smash-hit PlayStation exclusive, The Last of Us. Set in a post-apocalyptic world ravaged by disease and depravity, this third-person stealth-action game is as violent and grim as they come. Developed by the revered creators at Naughty Dog, The Last of Us 2 has a lot of expectations to live up to. Featuring incredible graphics, an obscene level of polish, and hard-hitting combat, this is one big-budget title that promises one of the most thrilling experiences that modern gaming can offer. After months of delays leading to insurmountable levels of hype, does The Last of Us 2 manage to exceed expectations, or falter as a feeble follow-up? Let’s take a closer look at one of the most anticipated games of this console generation and see if it was worth the wait.

The Last of Us 2 picks up a few years after the events of the previous game. The world continues to descend into further chaos as the population is continuously thinned by a dangerous and infectious disease. Those who succumb to the virus are either reduced to mindless bloodthirsty fiends, or further transform into horrifying fungal creatures known as Clickers. Like in most post-apocalyptic stories however, the zombie-like terrors are simply the icing on the cake, as the humans left alive tend to be far worse. While our characters have managed to huddle up in a survivor town near Jackson, Wyoming, the world beyond the walls is still a terrible, terrible place.

While the plot in The Last of Us 2 still focuses on the challenges of surviving in a post-apocalyptic world, the narrative is even more character-driven than the first. In order to preserve the integrity of the story and avoid spoilers, we’ll be purposefully vague when describing the plot itself. Generally speaking, the story follows the same group of characters from the first game, including Joel, Ellie, Tommy, and others. The Last of Us 2 primarily plays from the perspective of Ellie, now an agile killer and skilled survivalist compared to the inexperienced child she was in the first game. Finding ladders and learning to swim are the least of Ellie’s worries now, as two warring factions, the militant Western Liberation Front and the violent cultists known as the Seraphites, begin to cause turmoil near her home. Forced to make some tough decisions, Ellie’s humanity and overall endurance will be continuously tested.

Although it’s not as memorable as the first game, the plot in The Last of Us 2 works where it counts. When it comes to the continuation of Ellie’s story, The Last of Us 2 is confident and unconventional in its approach. The divisive nature of the storytelling will undoubtedly be debated for years to come, but it’s hard to deny its engrossing nature.It’s a story that makes you constantly question the things you’re doing and why you’re doing them, often by painting fan-favorite characters in a less-than-savory light. Some pacing issues cause a few sections to feel drawn out, and at the worst of times, boring. If there are any major issues with The Last of Us 2‘s story, they stem from a needlessly complex story and crowded cast. Despite its flaws, the narrative in The Last of Us 2 is packed with twists and surprises, which are still effective even if you see them coming.

In terms of overall structure and gameplay, The Last of Us 2 plays very similarly to the previous game. Playing through a series of open-ended but mostly linear story chapters, you’ll use both stealth and dexterity to explore and survive in the brutal virus-laden world. There’s a good variety of environments, including ruined and looted stores, eerily abandoned suburbs, as well as the occasional trek through the woods. When you’re not engaged in scripted story segments, you’ll spend the majority of your time searching your surroundings, grabbing any scattered resources or ammo you can find. Areas are incredibly detailed and packed with goodies, so while extensive scavenging can feel slow-paced, persistence is often rewarded with worthwhile items or a fun easter egg. Occasional physics puzzles and hundreds of story collectibles help break up the experience, keeping the exploration from feeling too repetitive.

While you’re searching for ammo and crafting materials, you might also come across collectible piles of gun parts or pill supplements. Both of these resources can be used to enhance Ellie and her weapons, through various upgrades and passive skill bonuses. Gun parts can be spent at various tool-benches scattered throughout the world. Different guns can be upgraded in different ways, but generally speaking, you’re able to improve the damage, accuracy, capacity, and similar things on your weapons. The upgrade animations are super smooth and consistently satisfying, adding a nice visual flair to things. You can also enhance Ellie using the supplements you find, by allocating them into five different skill-lines. This allows you to increase your crafting efficiency, overall weapons and explosives proficiency, stealth abilities, and more. You can pop the pills into their desired place at any time, no tool-bench required.

Although you’ll spend numerous hours opening drawers and squeezing through doors to find resources, you’ll also participate in an equal amount of combat. Whenever you stumble across a group of enemies, be it human or otherwise, you’ll often have multiple ways of approaching the encounter. Using your arsenal of firearms, traps, and close-quarters weapons, you’re free to sneak around and use stealth to eliminate foes, or go in guns blazing with no regard for your own safety. Depending on the difficulty level you choose, ammo is often in short supply, so it’s smarter to rely on firearms only when absolutely necessary. Enemies are smart and communicate with each other, flanking your position and overwhelming you in number. Unless you have impeccable dodging and spacing, brute-force will only get you so far, so at least some element of strategy needs to be employed. Generally speaking, the combat feels familiar to the first game, but offers far more freedom in how you carry out your executions.

The Brutal World of Ellie

In both the narrative and gameplay, The Last of Us 2 really drives home the gritty reality of violence. The game calls into question our very nature as video game protagonists, blindly killing anyone we perceive as the “bad guy”. Time and time again, The Last of Us 2 blatantly points out just how vile and dehumanized the world has become, while simultaneously displaying that depravity in all its crimson glory. While The Last of Us 2 never reaches the horrific heights of gore seen in some modern horror games, it’s pretty shocking stuff for a mainstream action title. One second, you’ll be scrapping for bits of cloth and alcohol to craft a med-kit, the next second, you’re beating a dog to death with a spiked baseball bat.

Narrative context aside, The Last of Us 2 has some seriously gratuitous violence. Shoot somebody in the face with a shotgun? They won’t have a face anymore, because it’ll be painted on the nearest wall. Perhaps you’ll take the stealthy route and stab your way through the opposition? Well, better be ready to listen to your enemies choke on their own blood. At times, I felt better about shooting someone with an explosive arrow; at least it was a quick death. That is, until a nearby NPC would start grieving over their dying corpse, painfully calling them by name. It’s pretty disturbing stuff, but occasionally ridiculous in its aggressive depressive nature. These high levels of violence aren’t all that startling when you’re fighting the dehumanized Clickers, but once you start digging into human enemies, things get serious pretty quick. That said, if you’re sad that more mainstream games don’t let you gib an enemy to bits like freakin’ DOOM Eternal, you’ll probably be satisfied with the brutality in The Last of Us 2.

That said, when you take the story context into consideration, The Last of Us 2 is exceptionally grim. It’s a game with impressive polish, gorgeous graphics, and consistently engaging gameplay. It’s also really, really, sad. Although parts of the game are undoubtedly enjoyable and put a smile on my face, the majority of the experience feels depressing and bleak. Personally, I enjoy an ultra-dark tale that rarely lightens up, but that might not be your cup of tea. Playing through The Last of Us 2 can definitely be exciting and entertaining, but I wouldn’t describe it as “fun”. Instead, the ever-present gloom and continuous descent into human depravity left me feeling icky, even if I did glean some morbid enjoyment from the bloody combat. I have to give credit to Naughty Dog for committing to a seriously depressing world and narrative, but at the same time, it kind of bums me out.

The Bottom Line on The Last of Us 2

Simply put, The Last of Us 2 is a divisive game. If you’re a huge fan of the original, there’s a good chance you’ll be disappointed by some of the story beats, confused by character motivations, and even put off by some plot choices. That said, the combat, graphics, and overall presentation are top-notch, resulting in an experience that’s visceral, exciting, and bloody as can be. Unfortunately, The Last of Us 2 spends so much time trying to make you feel guilty that it’s unintentionally comical at times. That said, for as many problems the game does have, it more than makes up for it with exciting action and an incredibly detailed world.

Unless you haven’t played the first game, I fully recommend The Last of Us 2. It’s a remarkably harrowing journey that doesn’t always hit the mark, but it’s fueled by excellent performances, raw emotion, and relentlessly brutal combat. Some players might be disgusted with the gore, while others will chuckle at it in jest. Some players will think the plot is one of the best in gaming, whereas others will recognize it for the flawed but gripping tale that it is. Ultimately, The Last of Us 2 is an emotionally heavy game that brushes close to the realm of masterpieces. While it doesn’t fully live up to its potential, The Last of Us 2 is a better-designed game than the first, that offers 20 – 30 hours of story-focused gameplay. If you own a PlayStation 4, you should probably give this one a go.