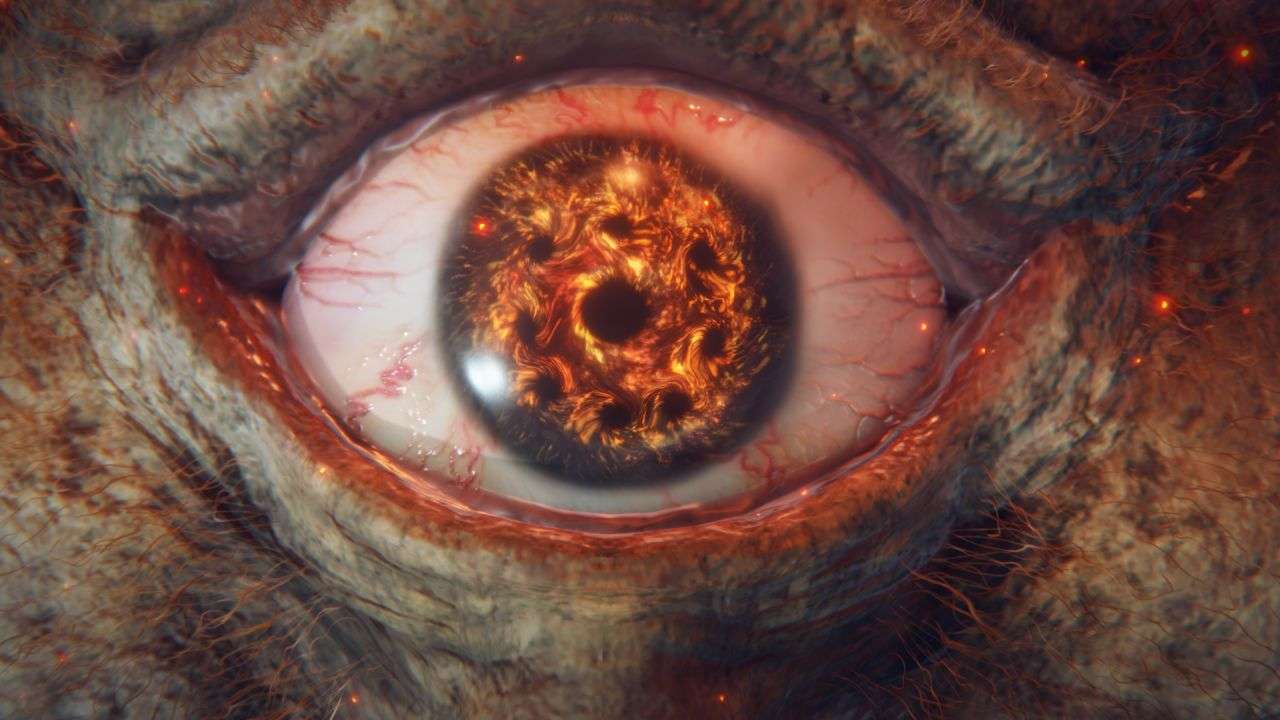 Elden Ring is one of the best games of 2022 and like every great FromSoftware title, it includes a slew of creative bosses that are magnificent, horrifying, and absolutely memorable. With over 80 bosses in total, there’s no shortage of contenders for a list of the best bosses in Elden Ring, but we’ve done our best to compile a solid list of our favorites.

Note: Our list of the best bosses in Elden Ring CONTAINS SPOILERS. If you have not finished the game, be aware that late-game and secret bosses may be discussed. Bosses are listed in the order you may find them in the game, so scroll down at your own risk!

While the Flying Dragon Agheel might not be the fanciest dragon in Elden Ring, he’s likely the first one you’ll stumble upon as you explore the starting area of Limgrave. If anything, Flying Dragon Agheel deserves a spot on our list of the best bosses in Elden Ring purely due to his exceptionally intimidating entrance. As you trot around the murky pond located in the center of Limgrave, you’ll notice a handful of enemies surrounding a large bonfire. Flying Dragon Agheel immediately proves his strength by plummeting from the sky and decimating the entire mob before he turns his flames toward you. All things considered, Flying Dragon Agheel is pretty easy to beat once you hope on your trusty steed Torrent, which teaches players that horseback combat is more useful than you might think. Even so, the feeling of power that killing your first dragon affords is incredibly memorable, and Flying Dragon Agheel was the first to fall to our blade.

Godrick the Grafted is the final boss in the first legacy dungeon, Stormveil Castle, and represents the first major boss in Elden Ring. Unless you count Margot the Fell Omen, who guards the Stormveil gates, Godrick the Grafted is likely the first baddie who will get under your skin. Outfitted with dozens of arms and limbs attached to his body, due to the “grafting” process that affords him his name, Godrick the Grafted is mean, mad, and wants you dead. While the first phase of the fight is pretty standard fare, things ramp up a notch when Godrick takes the head of a dead dragon, revives it with magic, and uses it to shoot flames at your face. When compared to the rest of the shard-bearing bosses, Godrick is low-tier fodder, but we still had a blast fighting him for the first time.

While the best bosses in Elden Ring often wowed us with their intimidating appearances and deadly move-sets, the Ancestor Spirit earns a spot on our list for a completely different reason. After you unlock the boss fight by lighting several torches in the secret Ainsel River underground area, you transport to a magical realm where the Ancestor Spirit awaits you. This giant, ghost-like deer isn’t the hardest boss in Elden Ring, but it’s easily one of the most beautiful. Graceful, majestic, and accompanied by some fantastic music, the Ancestor Spirit is a decidedly beautiful boss. You shouldn’t have too many issues taking down this spectral foe, but even if you have to restart a few times, the vibe of the fight is cool enough to negate the frustration of a restart.

While you’re down in the Ainsel River, you might run into our next choice for the best bosses in Elden Ring, the Dragonkin Soldier of Nokstella. As you walk into a huge water-filled cavern, overseen by a massive skeleton sitting on a throne, the Dragonkin Soldier of Nokstella comes crashing in from the ceiling, hungry for your runes. This giant bipedal humanoid soldier dons a dragon-like face, crawling on its hands and knees and dragging its crippled legs behind as it bounds at you with attacks. Once you hit the halfway point, it’ll even start chucking some lightning magic at you, adding some elemental interest to the fight. Fighting the Dragonkin Soldier of Nokstella was an absolute spectacle, making it an underrated but obvious choice for our list of the best bosses in Elden Ring.

Starscourge Radahn has a tragic backstory that really makes you empathize with him, but that doesn’t stop this boss from beating you and your summoned friends to hell and back. As the third major boss in the game, Radahn is a big skill-check, forcing players to utilize their horse Torrent and dash around the dunes where the fight takes place. With swipes of his weapon and by using a variety of gravity magic, Radahn can easily take out your health bar without breaking a sweat. After you’ve taken a sizable bit of life off his health bar, Radahn dips out for a few seconds and returns to the battlefield in the form of giant shooting star that crashes onto your head (if you’re not quick enough to dodge it). Depending on when you fight Starscourge Radahn, he can be one of the most annoying and challenging bosses in the game, but we found the fight to be balanced enough. Like the Dragonkin Soldier of Nokstella, Radahn is a pure spectacle that we were thoroughly impressed with.

7. Astel, Naturalborn of the Void

Diving deeper into the secret regions of Elden Ring, beyond the blood-red Lake of Rot, you might run into our next boss by taking a ride in a precariously placed coffin. Floating above the battlefield with its gravity magic and looking like a true Lovecraftian horror, Astel, Naturalborn of the Void is a big change of pace from the bosses that come before it. Part skeleton, part magic essence, and outfitted with massive pincers, Astel is as intimidating as he is cool. At times, Astel feels more like a boss you’d see in Bloodborne, but we love the elements of cosmic horror that are on display. As long as you can dodge his blasts of magic and track him around the arena, Astel shouldn’t give you too much trouble. The balance between satisfying combat and exceptionally cool design made Astel a front-runner for our list of the best bosses in Elden Ring.

To finish Elden Ring, you’re required to defeat most of the shard-bearing bosses, but Rkyard, Lord of Blasphemy is an entirely optional fight. Hanging out at the end of the Volcano Manor, Rykard represents Elden Ring‘s gimmick fight, with a unique mechanic featured nowhere else in the game. At first, this boss seems like your average snake-headed monstrosity, but once you whittle down its health bar, the horrifying truth becomes clear. Revealing his face, which has been grafted onto the writhing snake’s body, Rykard pulls a sword made of human flesh out of the snake’s mouth and begins wreaking havoc. In his second phase, Rkyard is easily one of the most overwhelming bosses in Elden Ring, firing explosive red skulls that track your position, splashing lava everywhere, and generally destroying your health. If the Ancestor Spirit is the most beautiful fight in Elden Ring, Rykard represents the complete opposite end of the spectrum, exemplifying the horror of the Lands Between.

We’re big fans of The Legend of Zelda, and in our opinion, The Fire Giant feels like a Zelda boss with plenty of FromSoftware flair. The Fire Giant is one of the last bosses you’ll meet in Elden Ring, as he guards the fiery forge that sits high in the Mountaintop of the Giants. For the first phase, you simply swipe at his bum leg, doing your best to avoid his stomps and fire magic. However, once phase two hits, the Fire Giant makes things a bit more difficult. After ripping off his own leg and raising it to the sky, the Fire Giant reveals his true face, exposing a large eye in the center of his chest. As he shoots tracking orbs of fire at you and rolls around the arena, it can be tough to find an opening for attack. Once you’ve defeated the Fire Giant, you’re nearing the end of the game, making this a supremely satisfying victory.

The Elden Beast is the final boss of Elden Ring and is the second form of Radagon, the big bad who awaits you in the roots of the Erdtree. Towering over the arena as an abstract god of cosmic horror, the Elden Beast throws everything it has at you, ranging from giant rune attacks to hefty sword swings. Despite its massive size, the Elden Beast is also incredibly quick, forcing you to move and react accordingly. In a game full of spectacular boss fights, the Elden Beast battle brings everything to a head. It’s like fighting a being composed of the stars and cosmos, with every ounce of its existence hellbent on your destruction. Overall, the Elden Beast might not be the hardest final boss in a FromSoftware game, but it’s a fitting fight to wrap up this wonderfully twisted experience.