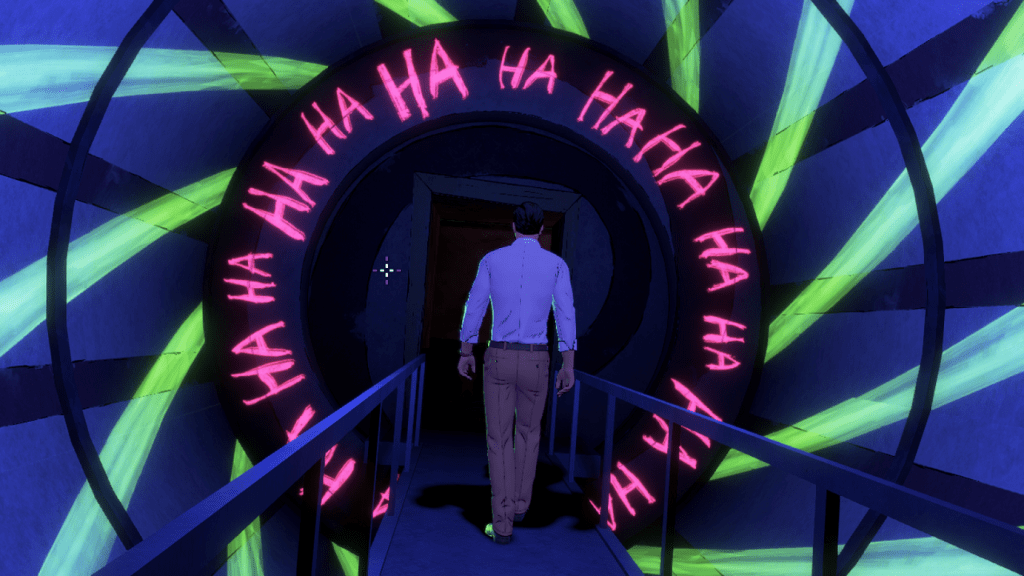 Telltale’s Batman: Season 2 is a mixed one; some episodes have been pretty well done, while others fail to impress.  With the season coming to a close, a great penultimate episode is an absolute necessity.  I was surprised by Episode 3‘s weighty decisions and interesting character choices, hoping that Episode 4 would up the ante even further.  The entire second season has been leading up to something, but whether or not that something is worthwhile is another matter entirely.  Does Episode 4: What Ails You mark the beginning of a great ending, or is it another blunder on Batman’s record? 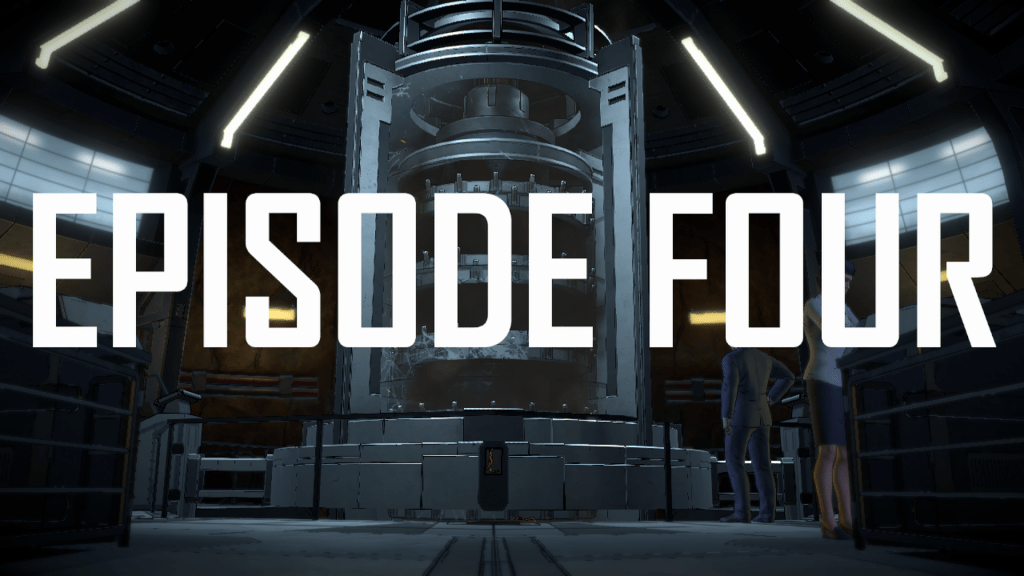 Episode 4 picks up where Episode 3 left off: Harley Quinn and the rest of the Pack have zeroed in on a deadly virus, located deep in a secret lab.  A biological weapon in the hands of villainous maniacs is a huge problem, and Bruce Wayne understands the weight of the situation.  As Episode 4 opens, Bruce Wayne and the Pact move in on the Bohdi Spa, the hiding place for the secret lab. 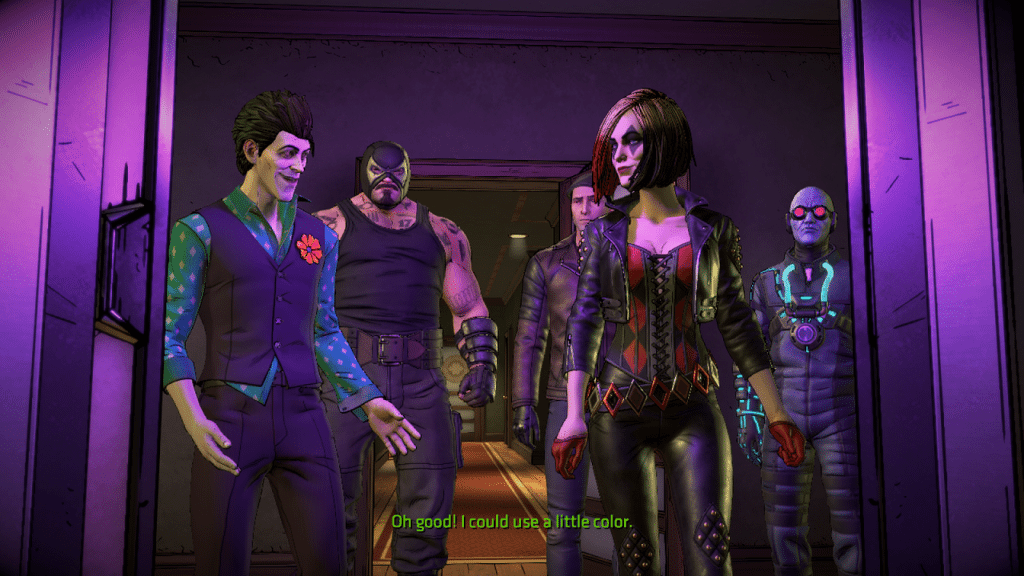 Episode 4‘s entire opening chapter is essentially one long interactive cutscene.  Gameplay comes in the form of a few dialogue choices, some low stakes moral choices, and a few quick-time-events.  For the most part, this passive style of gameplay sticks around for the majority of the episode.  There are some fun fight scenes, and even one or two free-roam sections, but these moments are short lived.  While the action is fun to watch, it’s become a bit tired at this point in the series.  Watching Bruce Wayne do a backflip off a wall is still an entertaining sight, but one that loses its luster the more the series drags on.

Episode 4 is a short episode and a slow one, with some apparent pacing issues.  Some chapters are defined as singular scenes; one chapter is entirely contained to a conversation inside a car.  Every time I would see a notification indicating that I had finished a chapter, I thought to myself, “Wow, that was quick”.

Some light puzzle solving breaks up the monotony of dialogue choices and watching cutscenes, but the amount of true gameplay leaves a noticeable hole in the entertainment.  Furthermore, the puzzles presented in Episode 4 are incredibly easy and seemed to serve more as filler than anything else. 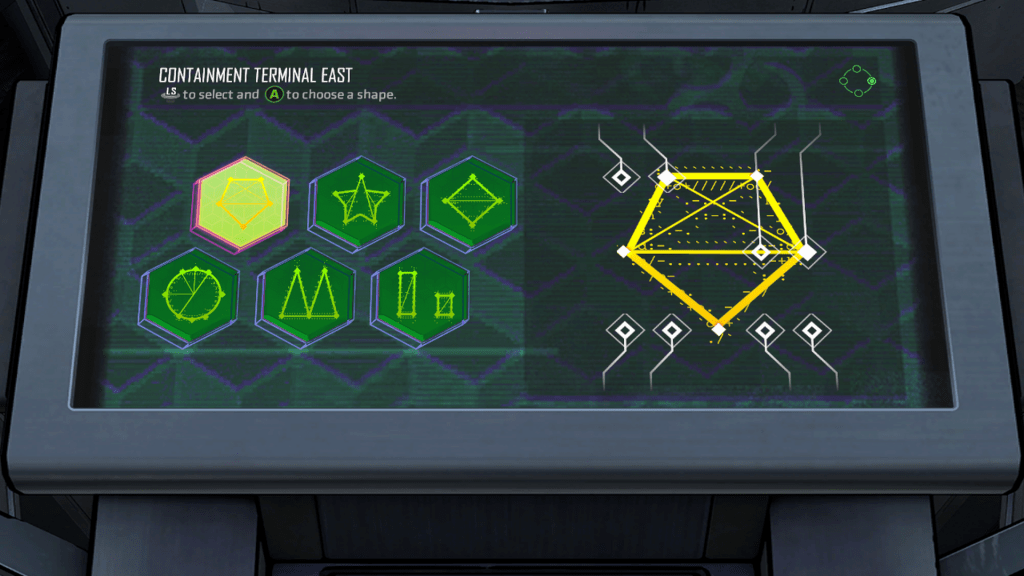 Despite this, Episode 4 moves the story along nicely, albeit at a slower pace.  This episode focuses a bit more on each character, with effective scenes for both Mr. Freeze and Bane towards the beginning.  Anthony Ingruber delivers a solid performance as John Doe, and the voice work echoes the slow loss of sanity that will eventually turn John into the Joker.  Overall, I was pleasantly surprised with the character focus and performances therein.  I just wish the surrounding scenes were just as riveting. 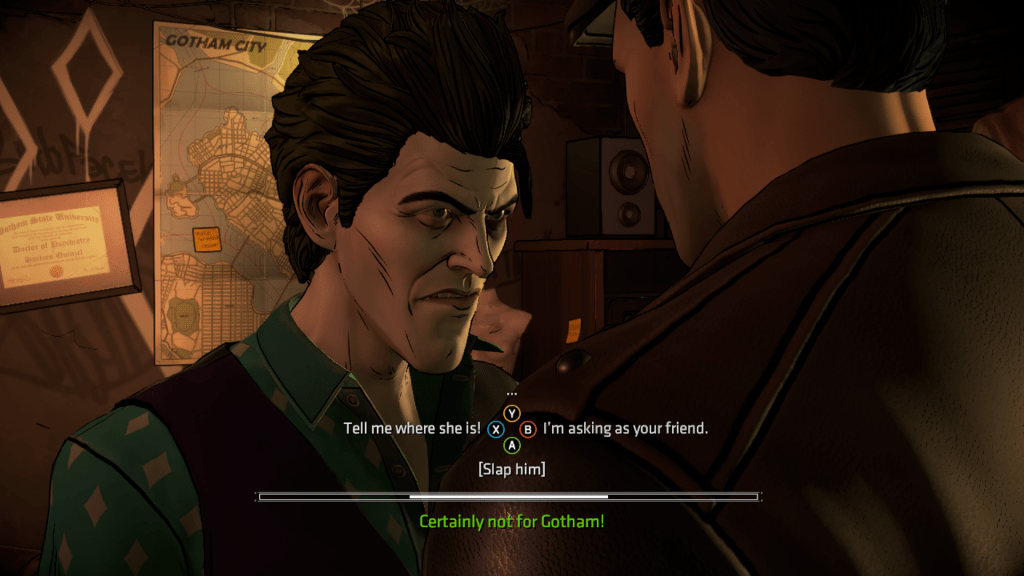 The Bottom Line on Telltale’s Batman: Season 2 – Episode 4: What Ails You

If you’ve invested in Telltale’s Batman: Season 2 and have played the previous episodes already, you should probably continue with Episode 4.  It fails to reach the heights of the premiere episode and Episode 3, but manages to stay more interesting and entertaining than Episode 2.  I was disappointed with the lack of large moral choices, especially considering how close we are to the end of the season.  Episode 4 presents you with some choices that seem to hold weight, but I couldn’t shake the feeling that my choices were already predetermined by the narrative. Most of the episode is of average quality, with some standout moments in the form of a late-episode carnival section that had me properly creeped out.

Additionally, the game ran surprisingly well.  There was barely a sign of the “Telltale stutter”, giving us clear transitions from shot to shot.  The episode is also short, lasting no more than 2 hours.  I feel like a broken record for pointing it out again, but for a game called Batman, we only get to see the caped crusader for a minute or so.  While it’s not a knock out of the park, Episode 4: What Ails You kept my interest for the season alive, but once again reminded me not to get my hopes up.  I hope they’ll be able to finish out the season on a high point, but as it stands, Telltale’s Batman: Season 2 has been a somewhat satisfying but eventually underwhelming journey for Bruce Wayne.