The most recent North American online multiplayer event for Splatoon 2 has concluded. For 24 hours, Team Sci-fi and Team Fantasy splatted each other in countless Turf Wars to determine the winning side. The end results have Team Fantasy with the win in a 2-1 victory over Team Sci-fi.

Nintendo of America announced the winning team via Twitter earlier today. The below picture the company shared details the final results for the popular vote, solo wins, and team wins. Team Sc-fi racked up the most team match wins, but Team Fantasy took both the popular vote and the solo match wins. 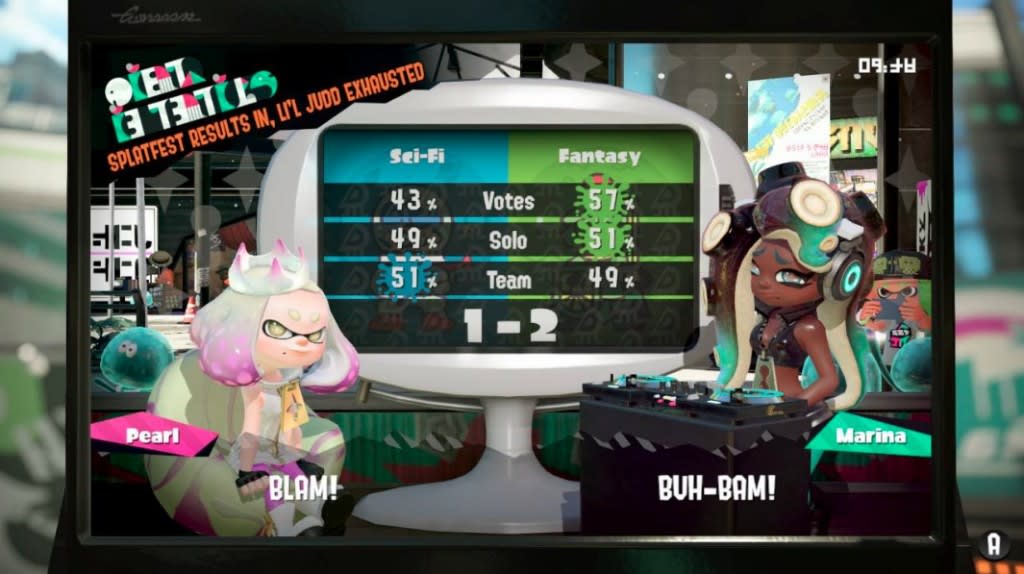 The prizes for winning the Splatfest, aside from a feeling of superiority over the other side, are Super Sea Snails, which can be used to unlock upgrades in clothing items. Your Super Sea Snail payout is based on how well you preformed in the competition. The losing team still gets some consolation Super Sea Snails, so no matter your team, log in to Splatoon 2 to collect your prizes before the next Splatfest announcement comes.

Splatoon 2 is available now only on Nintendo Switch.