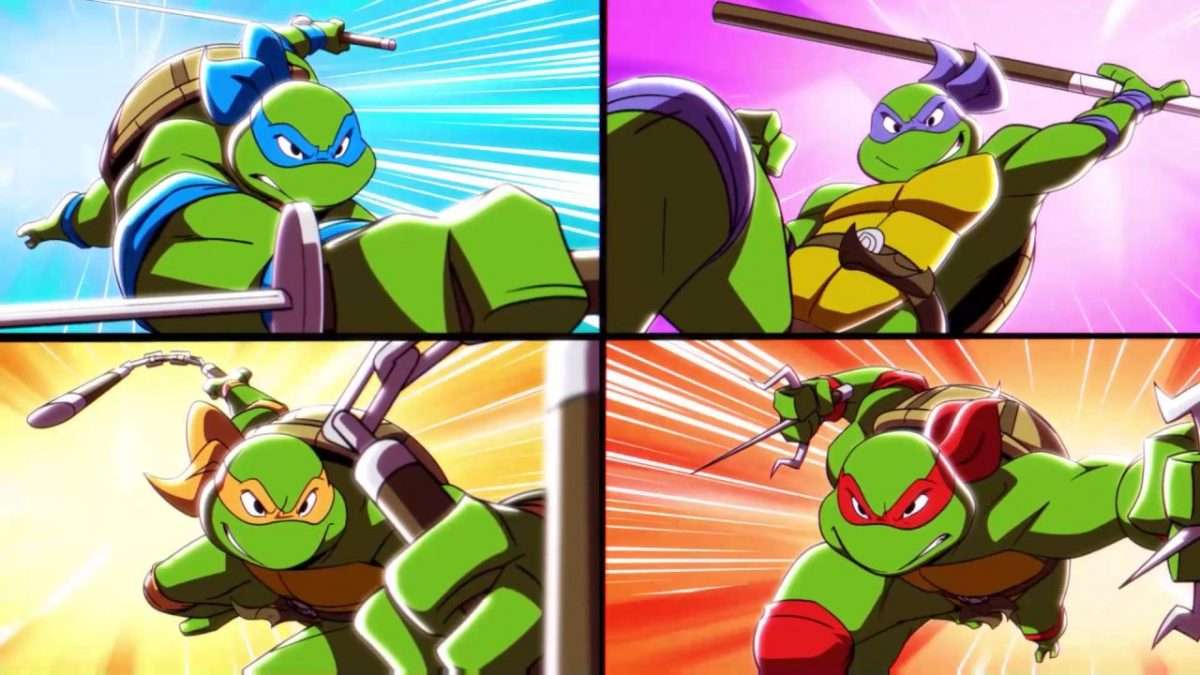 In the 1980s and 1990s, the Teenage Mutant Ninja Turtles were all the rage. Between the cartoon, comics, and excessive merchandising, the brand permeated pop culture and had every kid hooked. Of course, there was a heaping pile of video games as well, from arcade beat ’em up to 8-bit Nintendo adventures. While there have been a few remakes and remasters here and there, we’ve never seen a proper TMNT game collection, until now, that is.

A Trip Through Turtle History

The Teenage Mutant Ninja Turtles have a storied history in retro gaming, dating way back to 1989. Although the lovable squad of shell-donning reptiles has continued their career in gaming to date, TMNT: The Cowabunga Collection contains a wide list of games from the arcade, 8-bit, and 16-bit glory days.

Basically, if you grew up in the 1990s and loved TMNT games, all of your favorites are included. In total, there are 13 games to play. Here’s the full list:

Each of these games falls neatly into a handful of genres, namely side-scrolling action-platformers, 2D fighting games, and beat ’em ups. While there are duplicate versions of many games, including Tournament Fighters, Turtles in Time, and TMNT Arcade, there are notable differences between each. Some versions contain unique levels, while others have vastly different gameplay feel than their counterparts. Additionally, The Cowabunga Collection includes the official Japanese versions of each title, offering a few regional differences.

In a lot of ways, the Teenage Mutant Ninja Turtles are a lot like Mario. Each game often follows a bare-bones plot – Mario is always out to defeat Bowser and rescue Prince Peach while the Turtles continuously snap back at the evil Shredder, who has an affinity for kidnapping reporter April O’Neil – but these stories are consistently backed by satisfying, highly addictive gameplay. Where the Super Mario series nails everything exciting about the platforming genre, TMNT delivers satisfying action with a radical attitude to back it up. No matter what TMNT game you choose to play, you can safely assume you’ll mash some buttons, kick some shell, and munch on pizzas whenever possible.

Even looking back with rose-tinted glasses, the majority of the games in The Cowabunga Collection still hold up, especially beat ’em ups like TMNT IV: Turtles in Time, The Hyperstone Heist, and TMNT III: The Manhattan Project. Bashing through waves of Foot Clan soldiers as you boldly march from boss fight to boss fight never gets old, especially when you’re playing with friends. Thankfully, The Cowabunga Collection supports local multiplayer in every game that originally allowed it, with online multiplayer available for select titles.

However, they’re not all winners, as time has not been kind to several inclusions featured here. Disregarding any nostalgic attachment, some games play sluggishly or feel exceptionally unfair. For example, while there are some fun, Metroidvania-style concepts in TMNT III: Radical Rescue, it’s pretty bland to play, which is true for most of the Game Boy games included. The opponent AI in almost every version of TMNT: Tournament Fighters is also incredibly tough, which will likely make new players put it down after a few play sessions.

Luckily, Digital Eclipse has included some quality-of-life enhancement options, some of which make the games easier and remove things like sprite-flickering or frame-rate lag. These options vary by game and can be toggled on or off at your discretion, and offer stuff like unlimited lives, god mode, or even new playable characters in the case of Tournament Fighters. There are even digital strategy guides with video tips for each game, easily accessible from the pause screen if you get stuck and don’t want to look up a walkthrough. When all else fails, you can use the handy rewind feature to undo mistakes, trivializing sections like the underwater area from TMNT on NES that were previously rage-inducing.

The Cowabunga Collection also does a fabulous job of celebrating the TMNT series through the Turtles’ Lair. Accessible at any time from the main menu, this bonus section lets you gander at above 3,500 different items spanning the history of the franchise. This includes the complete box arts and manuals for every game included, as well as behind-the-scenes data and concept art. It’s clear that Digital Eclipse has gone above and beyond expectations here, as many of these design documents have come straight from old developer archives, digitized purely for use in The Cowabunga Collection.

Audiophiles will also love the music section too, as it contains every individual song from all the games featured in the collection. That means you can play that nostalgia-inducing Konami start-up song in all of its glorious iterations until your ears bleed. Between the radical tunes and monumental stack of extra content, it’s easy to spend a significant amount of time hanging out in the Turtles’ Lair, just vibing out with a smile on your face.

Most of the time, retro game collections offer the bare minimum, simply compiling a handful of classic games in one place to entice fans to yet again open their wallets. TMNT: The Cowabunga Collection refuses to stoop to that level and instead offers a lively celebration of this beloved franchise, offering an impressive selection of games and an excessive amount of goodies. While it would’ve been cool to see some bonus challenge modes and speedrun timers similar in style to the Mega Man Legacy Collection, there’s more than enough bonus content.

If you consider yourself a fan of the Teenage Mutant Ninja Turtles and you haven’t picked up The Cowabunga Collection yet, you definitely should. Even if you just plan on beating each game once and checking out the concept art for a few minutes, there are at least 10 – 15 hours of content to enjoy. That said, it’s likely that you’ll keep coming back to this collection, as the best games included are worth playing time and time again. Grab yourself a pizza and get ready to mash some buttons, because The Cowabunga Collection is definitely a winner.