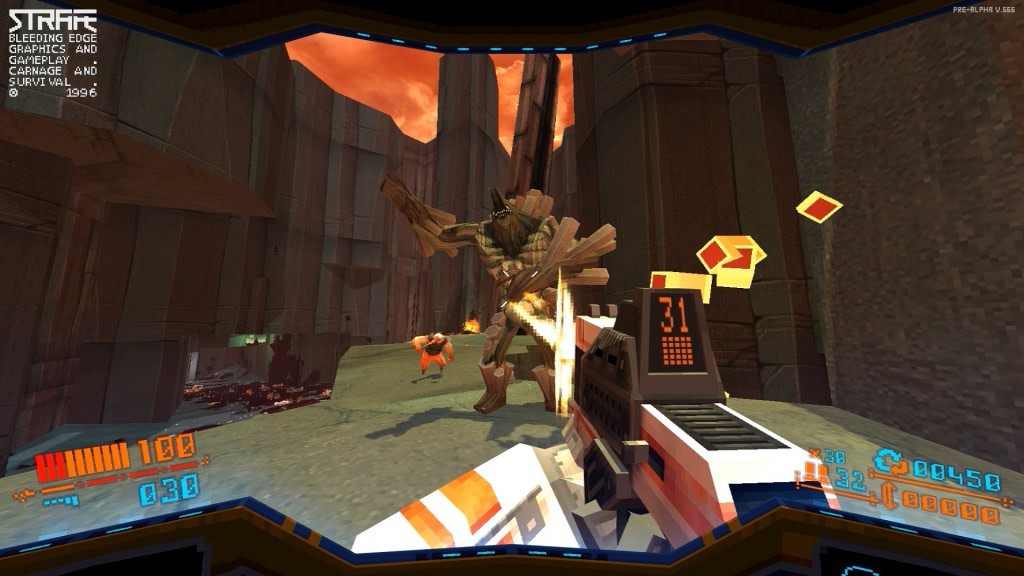 Before I put out my GOTY list, here’s a few that didn’t make the cut. They range from universally praised to universally not so praised.

Video games have vastly different appeal as gamers seek different criteria for what they consider fun. Some like to collect, some kill, some like to walk and listen. I’m glad for anyone who loved any of these games, but I wanted to discuss why they won’t be on my GOTY list. I look forward to any constructive thoughts you might have in the comments.

Man there is some serious love for this one. Sci-fi experimental action exploring what it is to be alive had me very intrigued.

However, after an exciting first level, the pacing takes a dip. The open-ish areas weren’t as effective for me. I’m glad this game did well and love the idea behind it, but I coudn’t get over the hump.

Blending 80’s neon style with 90’s hardcore FPS feel, this looked like a winner. But the difficulty marketed rarely felt earned. Difficult games walk the thin line of making deaths feel fair. This is where Desync falters the most. The level design often makes it difficult to properly evade enemies while firing. Enemy movement can be problematic as well. Some enemies move so quickly it feels more like avoiding an overpowered monster in a horror game. That would be fine if you were better equipped to deal with them, either by running, dodging, hiding, or fighting back. Also, some enemies can change their movements in-air, which can make lining up shots very frustrating.

Maybe I just need to git gud, but I couldn’t sync up.

STRAFE ticks the 90s boxes: Rail guns, shotguns, speed, monsters, rogue-like elements and procedurally-generated levels? This is the wrinkle I couldn’t jive with. Without carefully designed levels, it’s a crapshoot whether you’ll have enough room to circle-strafe your way to victory. Also, it throws the pacing off. DOOM for example, could control pacing with key cards controlling which areas you could access. Quiet moments of exploration gave way to explosions of violence. STRAFE generally puts the throttle to 100 and doesn’t let up until you’ve killed every last enemy.

I see the appeal of procedurally-generating infinite amounts of content, but I feel this genre is better suited to perfecting multiple playthroughs of well crafted levels.

I was excited to finally dive into Guerilla Game’s first foray outside of Killzone, a franchise they’d been shackled to for generations. The visuals looked impressive, the setting unique and full of promise, and the reviews poured in with positivity. But when I finally jumped in, (after a wonky install caused two drive indexes) I found a beautiful game with the same issues I’ve had with the open world format since Assassin’s Creed.

HZD started off fine, building the bond between Aloy and her parental figure with a somewhat emotional tutorial. Seeing Aloy grown up and meeting new characters also showed promise. Her new-kid-at-camp shtick and outsider status felt strong. But all of that seemed to be tossed aside carelessly. The story dipped hard after the introduction, and I found it hard to connect afterwards.

I can live with a mediocre story and characters if the gameplay hooks me, but after falling in love with BotW (HZD fans can roll their eyes now), I found it hard to go back to what I hate about Ubisoft style open-world games.

While Breath of the Wild encouraged me to look at the environment instead of a mini-map, HZD stuck to the rigid designs of UI overload and bland fetch-quests. Where BotW allowed me to scale anything my stamina would allow, Aloy could only climb previously approved routes, unable to vault tiny mounds if the programming didn’t designate it climbable. HZD looks damn gorgeous, but the design couldn’t keep up with the visuals, often resulting in immersion breaking reminders I was playing a game different from how it was intended.

HZD has you picking up  hundreds of various items off the ground. The problem is they all look exactly the same. Whether it’s an arrow, crafting material, food, or anything else, it’ll always be highlighted with an upside down triangle and a vertical white line. This homogenizes everything into a trance of white UI. Instead of being excited to see a new interesting item, it devolves into mindless littler pickup. Also, Aloy stops to pick everything up, halting momentum. Sure that looks more realistic, but video games should pick and choose their realism. I’m sure the amount of damage Aloy can take and still function isn’t realistic, but it makes the game more fun to survive a few fatal looking hits and still function at 100%.

I wanted to like HZD and I’l try and pick it back up, but the Ubi-world design has me bored to tears so far. I’ll give it another chance in 2018 and hopefully the promise of robot dinosaur hunting will deliver something as exciting as the premise.

A90sKid’s prolific game reviewer Matthew Owen gifted me a copy solely so we could talk about it. I streamed it here if you’d like to see.

Finch is chock full of ideas, ranging from mundane to mind blowing. Its highest point achieves a perfection of storytelling via the video game medium. Using the player’s input to connect in a compelling, intimate, and unforgettable way. That was just one scene for me however. The rest were mostly solid, and a few a bit dull. The broken up nature of the narrative also lacked a cohesive punch to seal the deal.

What Remains is still a strong experience I can recommend to anyone who likes this kind of interactive fiction. The best moments will stick with me for years to come, but the entire package won’t reach my #1

That’s a few that won’t be on my list. How about yours?