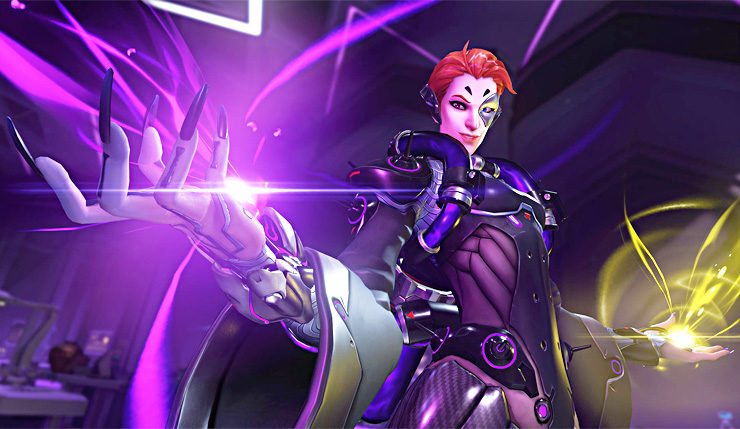 Overwatch‘s 26th playable character will be Moira, a pretty badass-looking support character who can also deal some heavy damage. Check out the hero’s announcement trailer above.

Moira can use her left hand to cast a healing beam onto her teammates and her right hand to fire a long-range beam weapon that depletes enemies’ health, healing Moira and replenishing her biotic energy. She can also use her Biotic Orb to either heal allies it passes through or do damage to enemies. The hero’s Ultimate, Coalescence, channels a long-range beam that both heals teammates and bypasses barriers to damage her enemies. Like I said, badass.

Moira will be released on Overwatch’s public test region on PC before she is officially available on PC and consoles.

As for Overwatch‘s new map, it’s called Blizzard World, and it’ll make you feel some things. Blizzard World combines several of the studio’s games into one glorious medieval theme park map. Check out the adorable reveal trailer for the map above.

Franchises like World of Warcraft, Hearthstone, and even The Lost Vikings are reflected in the colorful new Blizzard World map, which Kaplan stated is set up to be partially payload-focused, partially assault. Some of the fanservicey attractions include an arcade themed around Heroes of the Storm, an area borrowed from Azeroth from World of Warcraft, and locations based on Hearthstone.

Those are the biggest pieces of Overwatch news to come from BlizzCon 2017 so far. Blizzard also announced StarCraft II will be going free-to-play later this month, and classic World of Warcraft will be making a comeback soon. Stay tuned to A9K for more of the latest news out of BlizzCon.