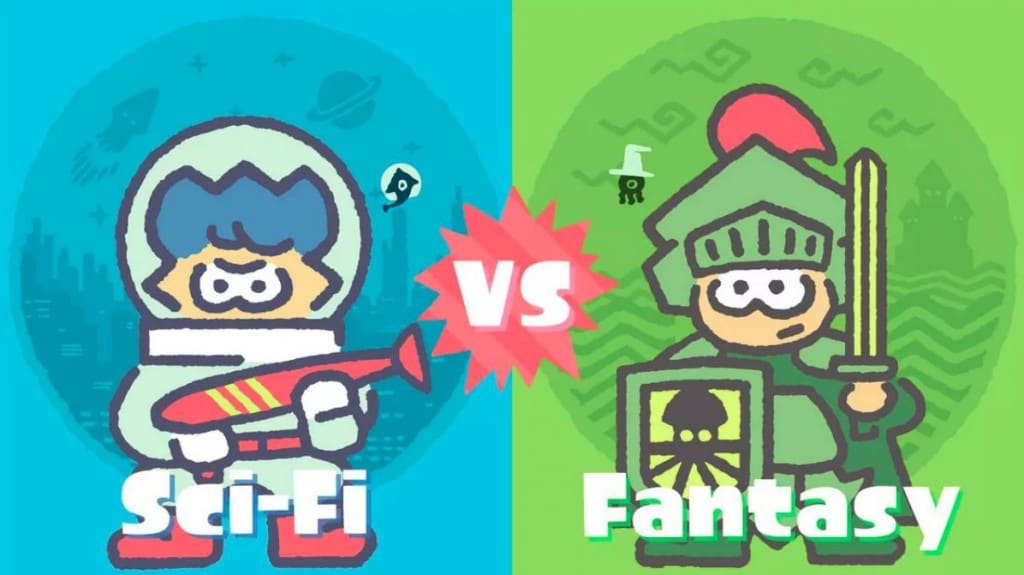 Gear up, Inklings. The next North American online multiplayer event for Splatoon 2 is kicking off this weekend. The upcoming Splatfest is focused on popular genres of gaming, literature, and and film alike – sci-fi and fantasy.

The latest Splatfest announcement originally came from Nintendo Versus, Nintendo of America’s official competitive multiplayer Twitter account. The Team Sci-Fi vs Team Fantasy event begins Friday, November 17th at 9pm PT. That’s November 18th at 12am (midnight) ET for players on the east coast. The event will run for 24 hours before the results are tallied.

Be sure to pick your team before Pearl and Marina take the stage and the Splatfest starts up. To do so, head to the video screen in Inkopolis Square and select either Team Sci-fi or Team Fantasy. You will then receive your Splatfest tee, which you should pop on for a few matches before the event to unlock an ability or two.

Splatfests are scored with three numbers: popular vote, solo wins, and team wins. So there is power in numbers, but ultimately the team with the most wins will come out on top. Be sure to do some solo Turf Wars in addition to matches with friends to support your side fully.

Splatoon 2’s European and Japanese Splatfests for November have already concluded but with different topics than the great genre debate. Europe’s event pitted warm breakfast eaters against those who prefer cold breakfast, with Team Warm taking the win. In Japan, players picked sides based on whether or not they preferred lemon on fried foods. Team Without Lemon came out victorious in that competition.

The North American Splatfest for Splatoon 2 begins Friday, November 17th at 9pm PT. Are you Team Sci-fi or Team Fantasy? Let us know in the comments!