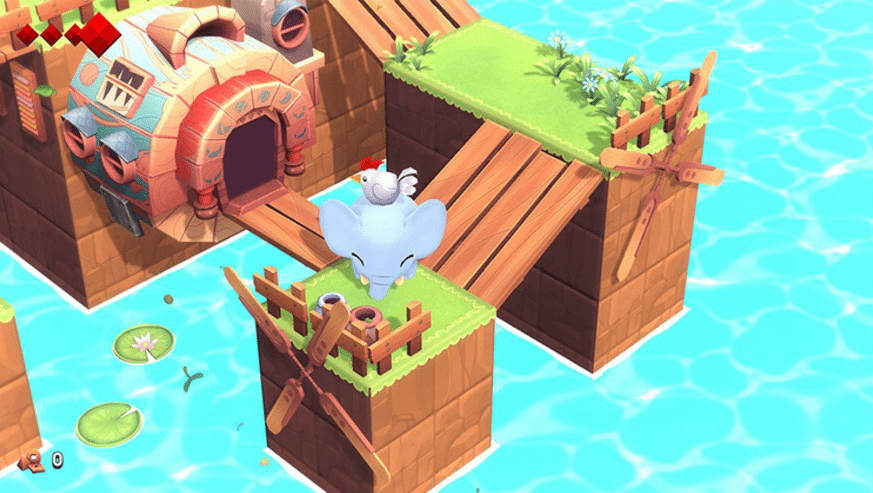 A new selection of titles has been added to the Nintendo Switch eShop this week. From a Zelda-esque elephant adventure to the weekly retro NeoGeo title, there are a lot of games to look over.

The week’s new Switch titles are lead by Neckbolt’s Yono and the Celestial Elephant — “a grand adventure, featuring carefully designed puzzles, treasure hunts, a sprinkling of combat and a world full of people. Play as a young elephant tasked to save a world he’s never seen before, and explore the rich history of a kingdom where humans, zombies, and robots live side by side.” Get it for $14.99 now on the Switch eShop.

Also new this week is Fully Illustrated and Darkwind Media’s Wulverblade, a hardcore side-scrolling beat ’em up inspired by old arcade classics. Take on the Romans alone or team up with a friend in two-player local co-op for a historically accurate storyline spanning eight varied levels. Wulverblade is available now for $19.99 on the Switch eShop.

The other new Nintendo A new selection of titles has been added to the Nintendo Switch eShop this week. Switch games you have to choose from this week include top-down cyberpunk shooter Neon Chrome ($14.99), unique physics-platformer with a quest to save the postal service Unbox: Newbie’s Adventure ($29.99), quirky superhero platformer 88 Heroes: 98 Heroes Edition ($29.95), wilderness survival game The Flame In The Flood: Complete Edition ($14.99), old school beat ’em up Squareboy vs Bullies: Arena Edition ($4.99), and the obligatory NeoGeo title The King of Fighters ’95 ($7.99). Finally, there is also a free demo for action-adventure RPG Oceanhorn available to download.

See any games that you’re adding to your Nintendo Switch library? Even if your answer is “No,” the company is adding plenty of titles to the Switch eShop every week to add to your choices. We’ll keep you updated on the latest.