Obvious and Obscure Games You Need for Your New Nintendo Switch

So you got a Nintendo Switch this holiday season? Welcome to the club, friend! We’re thinking about having jackets made soon. In the meantime, you should stock up on a few games for your new hybrid console. The Switch has a pretty massive library — especially for a system on the market for less than a year — and it can be a little confusing trying to figure out what games you should try first. Thankfully I’ve had a Switch since it launched, and I’m here to help.

There are some more obvious, big-name games Switch owners should dive into, like popular Game of the Year pick The Legend of Zelda: Breath of the Wild. But there are some lesser known, more niche titles that are just as worthy of your time and money.

The Legend of Zelda: Breath of the Wild — The first game I purchased for the Switch is easily my most-played and the one I constantly go back to. Breath of the Wild is a literal game-changer, bringing the Zelda series to an open world for the first time, and with such grace and splendor. You’ll spend countless hours fighting camps of enemies, solving puzzling shrines, cooking new recipes, experimenting with unique items, and simply wandering in a direction to see what you run into. 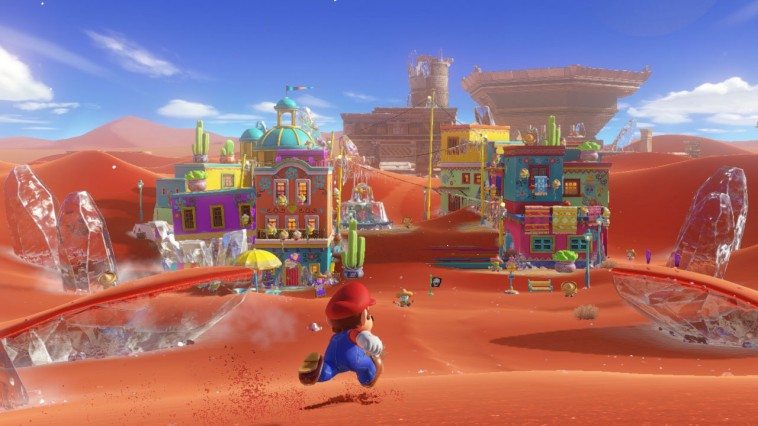 Super Mario Odyssey — After exploring and experimenting in Hyrule, hop over to Super Mario Odyssey to do the just the same but in some very different worlds. Your trusty hat, Cappy, adds a new dimension to 3D Mario games by allowing you to possess various creatures and characters to take control of their bodies. While the story in Odyssey is fun, you’ll want to spend most of your time exploring the nooks and crannies of the unique worlds and discovering all sorts of hidden secrets.

Mario Kart 8 Deluxe — Who doesn’t love a good Mario Kart game? Mario Kart 8 Deluxe is easily my favorite of the series with plenty of fun race tracks both old and new, as well as some innovative new battle modes you’ll spend many fun hours mastering. Play online with people from around the world or with up to three other people on your console. You can even take the Switch tablet out and about in portable mode to race friends with the separated Joy-Con controllers.

Splatoon 2 — If you follow Nintendo at all, you’ve probably heard of the Splatoon games and seen those brightly colored Inkling kids and their bizarre weapons. However, you might have not considered picking it up since it looks so quirky and “not your kind of game.” Friend pal, I thought the same thing, until I said “Screw it,” downloaded Splatoon 2 from the eShop, and proceeded to spend over 90 hours inking and splatting and yelling at the opposing team for having better aim than me. In Splatoon 2, your weapons fire ink instead of bullets, and your team is tasked with covering as much of the map with your color within the time limit. Of course, you are encouraged to shoot and “splat” enemy Inklings along the way. There are several other game modes to dive into and dozens of weapons to try out, so you better start practicing now.

Mario + Rabbids Kingdom Battle — Another game you might not think is for you is one where you form a team of classic Mario characters and weird Rabbids cosplaying as them. With your team, you strategically fight enemy Rabbids on a battlefield with limited movement range, an awesome arsenal of weapons, and upgradeable abilities unique to each character. Even if real-time strategy games aren’t your jam, Mario + Rabbids Kingdom Battle will provide hours of perplexing and hilarious gameplay.

Stardew Valley — Indie masterpiece Stardew Valley is one of my most-recommended games for any platform, but especially for the Switch where you can play it either on your television or on the portable tablet. Spend your days however you like — managing your crops, socializing with locals, exploring the mines, collecting forageable items, fishing on the beach, crafting new features for your farm, or any combination of the above. Sit back and relax with a hot cup of cocoa and soak up the heartwarming experience that is Stardew Valley.

Those are my top recommendations for Nintendo Switch games, but the platform has so much more to offer. I highly encourage you to spend some time perusing the console’s eShop, which offers an array of games from AAA titles like ARMS and The Elder Scrolls V: Skyrim to hidden gems like Rime and Tumbleseed. Whatever you choose to play, congrats on your new Switch, and maybe I’ll see you in-game.