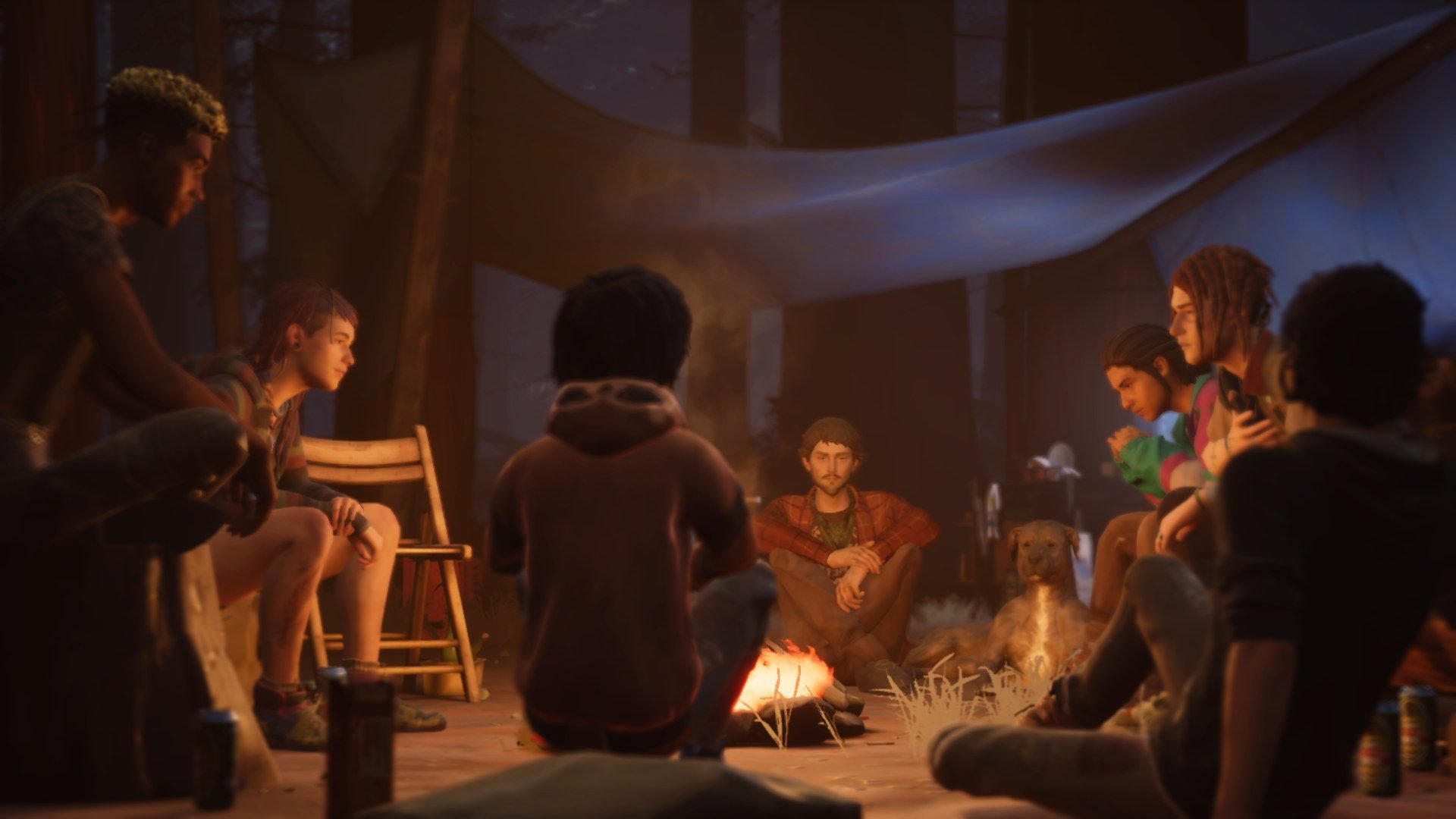 Life is Strange 2 – Episode 3: Wastelands continues the tale of the runaway brothers, Sean and Daniel Diaz. Since the first episode, high-schooler Sean and his younger brother Daniel have been on the run from the police, following a fatal accident at their home. Over the past two episodes, the Diaz brothers have struggled to survive on their own, braving the rough winter and occasionally seeking safety with some friendly faces. Episode 3: Wastelands picks up some time after the end of Episode 2, and once again sees the Diaz brothers adjusting to a new way of life. As they hunker down with a local group of homeless hippies, they must find a way to manage in their new home.

At the end of Episode 2, the Diaz brothers were forced to flee from their grandparents’ home, after the police caught wind of their presence. This escape was not without sacrifice though, as their young neighbor Chris attempted to help them, unfortunately running head-first at oncoming police. With nothing left for them in the suburban sanctuary, Sean and Daniel once again take to the road.

Episode 3 begins two months later, with the brothers living among other lost souls in the Redwood Forest of California. Despite having longer hair and being considerably more grimy, the boys seem to be managing just fine. Daniel continues to practice his telekinetic abilities, but struggles to keep them a secret. Sean has his own problems as well, which mostly revolve around keeping his younger brother in check. Along with the other members of their camp, Sean and Daniel attempt to save up money by working at a nearby illegal marijuana grow. The danger of their criminal work is only compounded by Daniel’s growing cockiness and pre-pubescent arrogance.

Like other episodes of Life is Strange 2, Episode 3 is very visually pleasing. The series is known for its relaxing soundtrack, extended shots of nature, and generally uplifting tone. Despite the hardships that the Diaz brothers face, their surroundings are often beautiful with a distinctly gentle atmosphere.

Episode 3 feels particularly well developed in this manner, with a consistently high frame rate and polished textures. Regardless of the narrative quality or effectiveness of gameplay, Life is Strange 2: Episode 3 consistently delivers an impressive and warm visual landscape.

Although it’s a complaint I’ve had with Life is Strange 2 since the first episode, the lack of a truly interesting gameplay mechanic is still awfully apparent. In comparison to the original Life is Strange, Life is Strange 2 continuously feels like a downgrade in gameplay, as there’s nothing like the time-manipulation mechanic that defined the original game. Sure, Daniel Diaz can chuck rocks and use his telekinesis in some pretty cool ways, but it rarely has an impact on progression. There aren’t any puzzles to solve using Daniel’s powers; they’re simply a narrative element that occasionally pops up. It provides a decent side-plot alongside the overarching runaway story, but beyond that, Daniel’s telekinesis feels like a wasted opportunity. This is disappointing, as the puzzle mechanics of the first game did a lot to separate Life is Strange from other narrative-driven adventure games.

With the absence of any big puzzle sequences, the majority of your time in Episode 3 is spent interacting with your camp-mates and making occasional moral decisions. You’ll spend time doing camp chores, help Daniel practice with his powers, and engage in conversation with your friends. There’s a decent amount of free roam movement and interaction, so Life is Strange 2 – Episode 3 doesn’t fall prey to the “basically an interactive cutscene” problem that other adventure games have encountered. That said, the choice you make rarely have a big impact on the story, and the rest of the gameplay is simply passable.

The Bottom Line on Life is Strange 2 – Episode 3: Wastelands

Generally speaking, Life is Strange 2 – Episode 3 is an improvement over the less-than-satisfactory Episode 2. The beautiful setting of the Redwood Forest keeps things visually appealing, and the story takes a few interesting turns. That said, the lack of unique gameplay and seemingly meaningless decisions continue to be a disappointment. Although most of the character are likable and the experience is better than what I’ve come to expect from Life is Strange 2, I can’t help but feel underwhelmed. The story once again leaves us on an interesting cliffhanger, and there might be a chance for some interesting changes in Episode 4. Until then, only season pass holders and Xbox Gamepass users should take a peek. It’s not that Life is Strange 2 – Episode 3 is a bad game, it’s simply unfulfilling and far too brief.